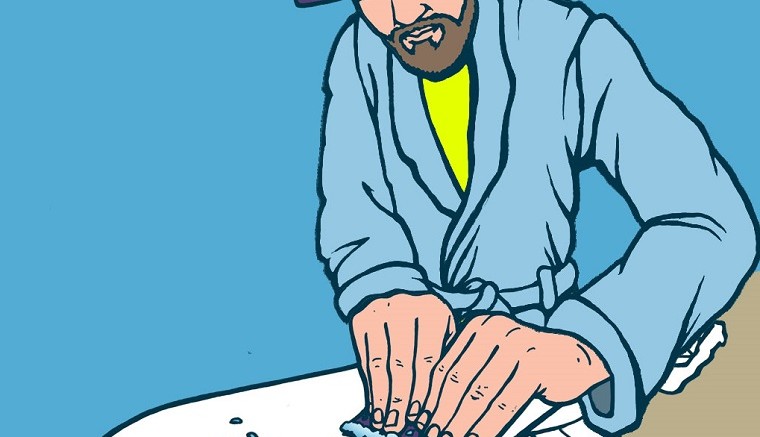 We probably shouldn’t be too surprised when toxic substances show up in all kinds of unlikely places – like in ski wax.  Since the late 1980’s, 30 years ago, toxic ski wax has been in use that contains a synthetic fluorine-based compound called perfluorooctonoic acid, PFOA, that shields ski bottoms from water in snow, making them slightly faster.  PFOAs are already used in Teflon and fire-smothering foam sprays, where they have been found to contaminate nearby drinking water sources.

How did we get to this point?  Fact #1:  There are tens of thousands of man-made chemicals that are considered toxic in commercial use these days, and, Fact #2:  By now they have spread everywhere across the planet, mostly by air and by water, but also by improper disposal – they have spread far away to the frozen Arctic and Antarctic, high up into the Himalayas, into the ocean currents and deep ocean trenches; and up close and personal, into local streams, food crops and farmlands, backyard birds and amphibians; even into our own body’s blood and fatty tissues.

It’s a real eye-opener to go to the supermarket, pharmacy or hardware store and look closely at the labels of common household items.  A few substances have been phased out or eliminated from American manufacture – like DDT and ozone-depleting CFCs, but many of them are still in use elsewhere around the circular globe.  Even USEPA struggles to evaluate the stream of new chemical proposals under their toxic substances regulations and tracking the uses and effects of the ones they have already approved.  They have more than 85,000 listed in their regulated toxic substances inventory.

Skiing events can be huge – tens of thousands of entrants, plus spectators – and if most entrants are using these compounds, they rub off and later show up in the environment, initially in adjacent snow and soil.  Like many toxic compounds, fluorinated carbons, which PFOAs are, have been linked to cancer, liver damage and birth defects.  A related widely used ski-wax product abbreviated PFOS has, like PFOAs, serious health effects, a long-life in the environment before breaking down, bioaccumulates and contributes to global warming thousands of time more than simple carbon dioxide.  Moreover, volatile organic compounds (VOCs) are typically released during ski wax manufacturing and can damage the lungs of ski wax technicians.

The European Chemicals Agency, EU equivalent to the EPA, is set to ban the sale, manufacture and import of all PFOAs in July 2020, and another related compound, C6 fluorocarbons in July 2022.  EPA is still investigating and monitoring the compounds.

Sadly, this is not unusual – the EU is ahead of the US in regulating health-concerning compounds of many kinds, including additives found in food (such as common red and yellow food dyes) and cosmetics (EU law bans 1,328 chemicals from cosmetics that are known or suspected to cause cancer, genetic mutation, reproductive harm or birth defects. In comparison, the U.S. FDA has only banned or restricted 11 chemicals from cosmetics) and farm products (such as atrazine (banned in Europe in 2003 but still considered the most widely used herbicide in the US).  Some European countries banned lead in gasoline as early as 1909, while it was legal in the US until 1978. 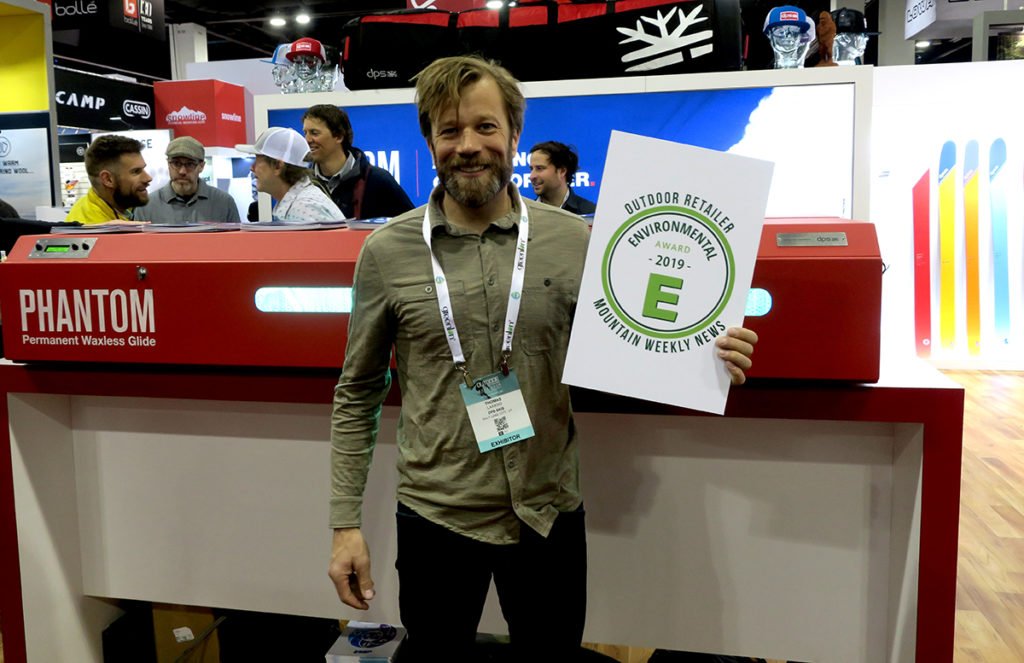 Meanwhile in the ski arena, however, innovation may be thankfully yielding much promise – literally hundreds – probably thousands – of plants produce waxes that can be extracted.  Some manufacturers have experimented with soy-based waxes, but by themselves, they don’t seem to function as well as ‘modern’ petroleum-based ski waxes.

Some companies, for example, mountainFLOW, are trying to recreate the best effects of these conventional waxes by combining different plant waxes with different properties in different combinations.   Another company, DPS Skis, has debuted the PHANTOM waxless compound that is applied only once because it permanently bonds to the skis themselves.   Then, in either natural sunlight or a UV machine in the shop, a light-activated compound in the formulation polymerizes into a stable, effective and non-reactive coating.

Some debate continues, but there are growing reports that even initial skeptics are becoming convinced in this new product, called DPS Phantom.  Here’s to a new generation of non-toxic alternatives!