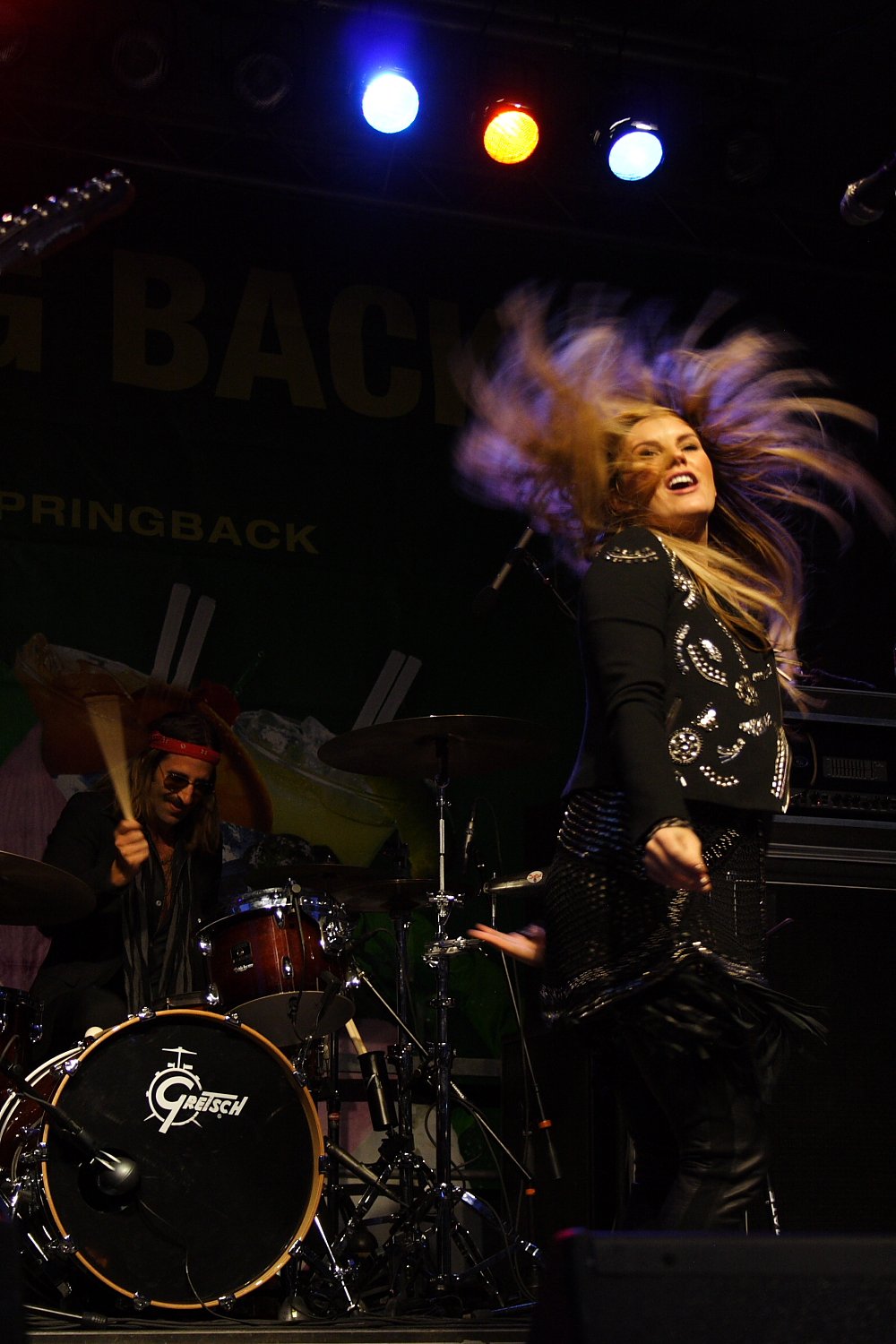 VAIL, CO – VAIL, CO – Were excited to announce the lineup for the 2011 Spring Back to Vail concert series. Grace Potter and the Nocturnals will kick things off on Friday April 15th with a free concert starting at 6:00pm at the Solaris Plaza in the Vail Village.

The next night the band Train will perform another free concert at Ford Park presented by Bud Light. Doors to the venue open at 6:00pm and the music starts at 6:30pm with opening band Saint Motel.

Wrapping up the first weekend of Spring Back to Vail the legendary Grey Boy Allstars will get the crowd moving with a free show at Checkpoint Charlie in the heart of the Vail Village. Music starts at 5:00pm and odds are the entire town will show up for this dance party. Come early..

Fast forward a week to Friday April 22nd and do we have a special surprise for you. Shpongle will be performing a free show in the Vail Village starting at 6:00pm. Consisting of DJ / Producers Simon Posford and Raja Ram, the two seamlessly bend the boundary of musical notes together in an incredible night of music. If you only see 1 concert this year, make it Shpongle..

Saturday April 23rd has Stephen Marley heading to Vail for another free show taking place at the Solaris Plaza in the Vail Village. Stephen the son of Bob Marley is sure to get the crowd smiling with music starting at 6:30pm.

The final show of Spring Back to Vail features the Sierra Leone’s Refugee All Stars with (special guest Chris Velan opening) music starts at 5:00pm and this should be an amazing event.

What can I say about this lineup? Vail and Highline Sports & Entertainment have once again teamed up to create a solid lineup of music across many genres. These shows are sure to be full, I for one will be making the trip to town to see some of these great bands. Looking forward to catching up with our Mountain Weekly News readers in the Vail Valley.

In what is being called the largest ski resort – concert promotion of all time Spring Back to Vail is providing 10 Free Concerts in 10 Days over the course of 10 days to the Vail valley. Grace Potter and the Nocturnals made the trip down from Vermont to headline Friday nights concert. Recently signed to Disney, Grace has release 3 albums and is sure to be the next big thing in the music industry.

When you attend a Grace Potter show you get to see a powerful, stunningly beautiful women belting out songs at the top of her lungs. Along with singing soulful lyrics, Grace can hammer the keys on her Wurlitzer Electric Piano and Hammond B3 blending sounds together seamlessly.

The Nocturnals consist of keyboard assassin Potter, lead guitarist Scott Tournet and drummer Matt Burr who are joined by bassist Catherine Popper and rhythm guitarist Benny Yurco. “Grace Potter and the Nocturnals are like a modern-day version of Tina Turner stroking the microphone in a spangled mini-dress while fronting the Rolling Stones circa Sticky Fingers”

Spring Back to Vail Photos of Grace Potter 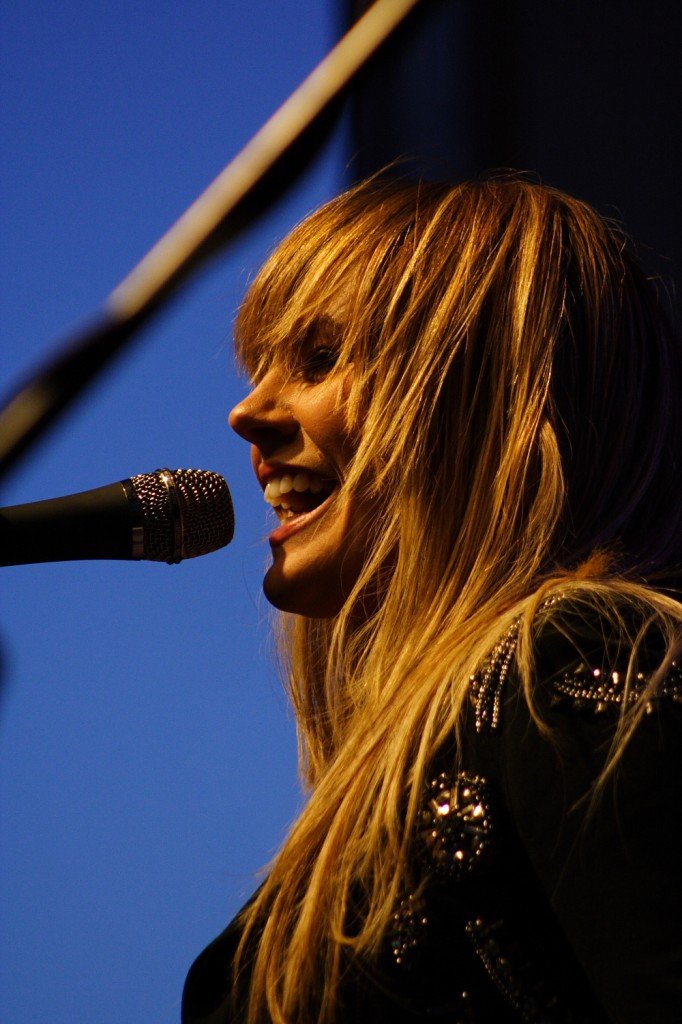 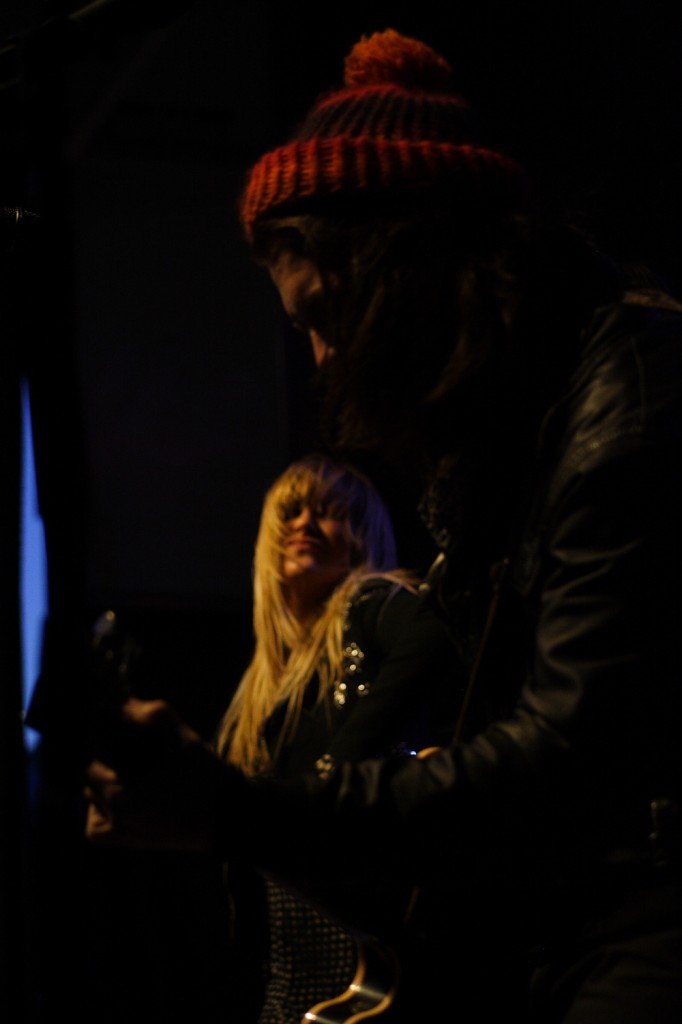 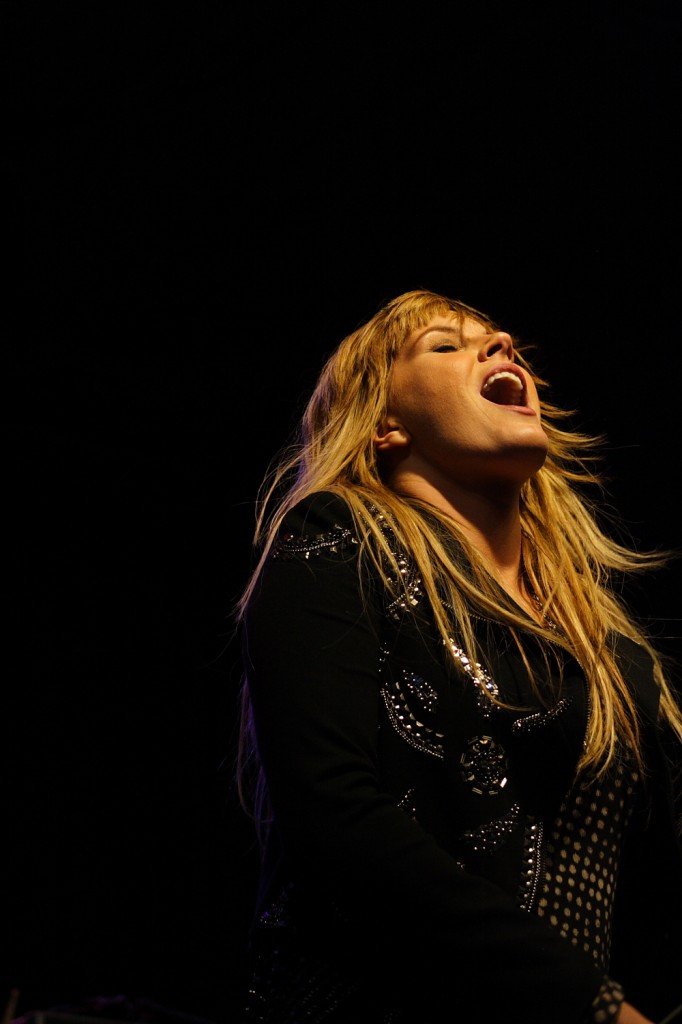 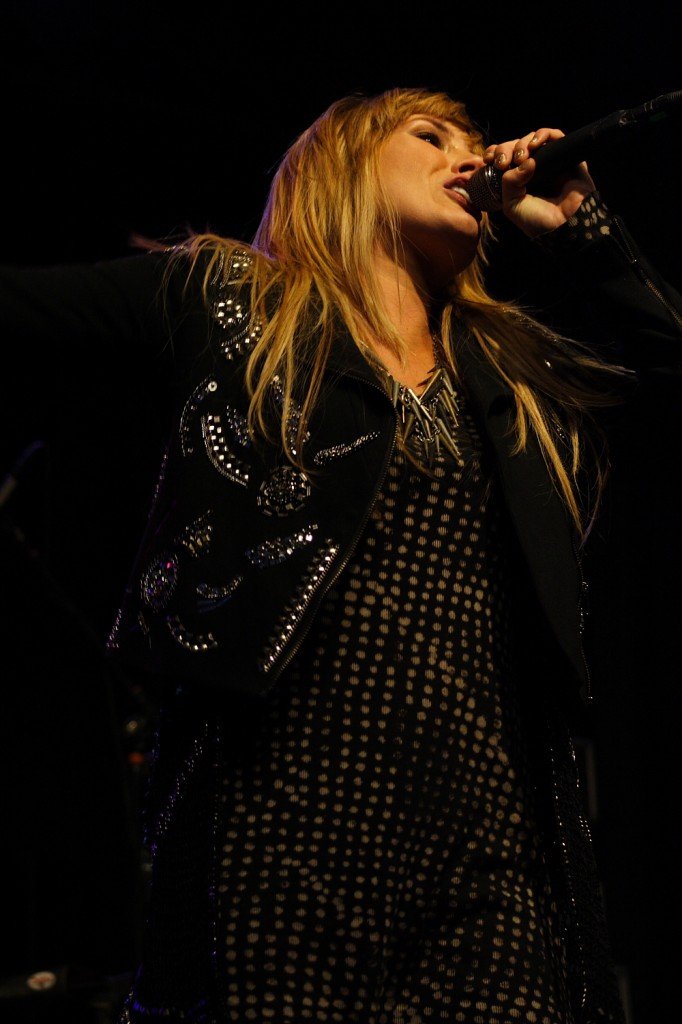 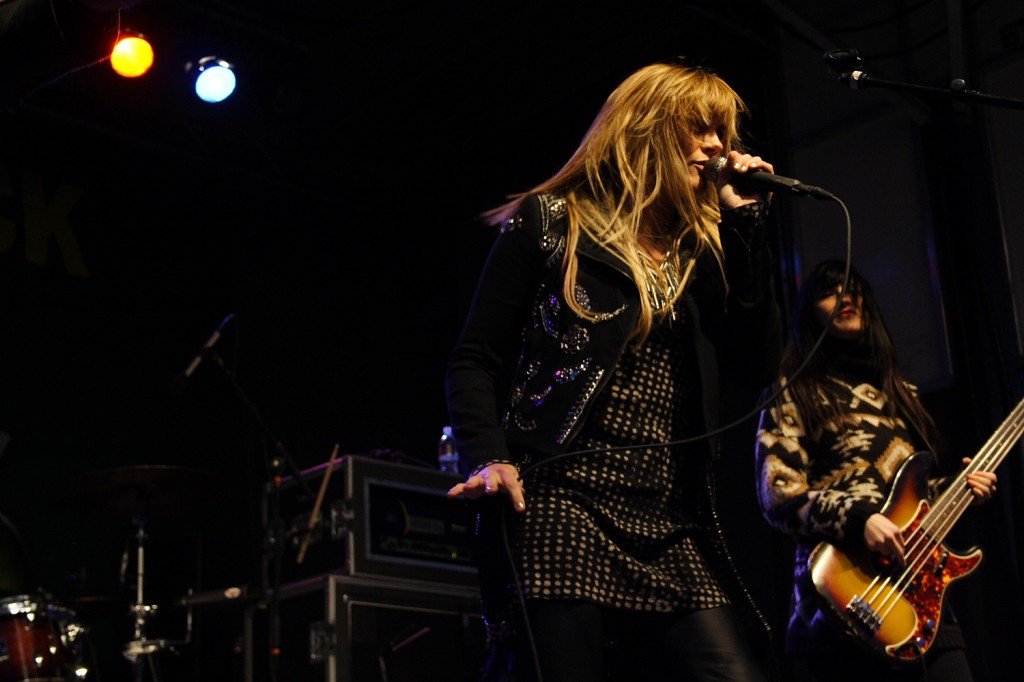 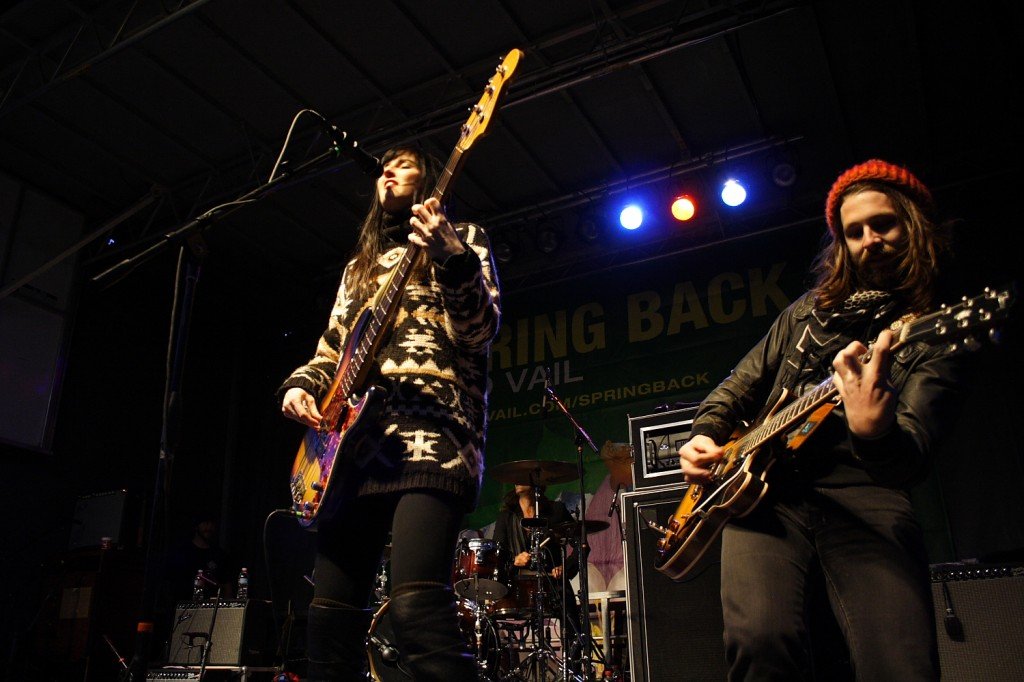 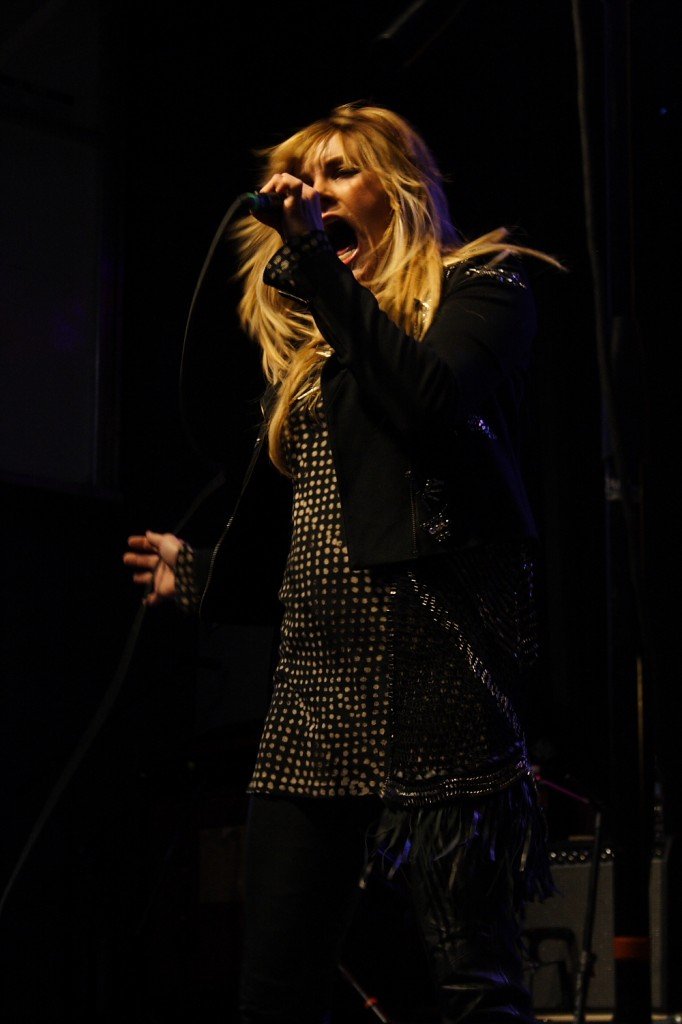 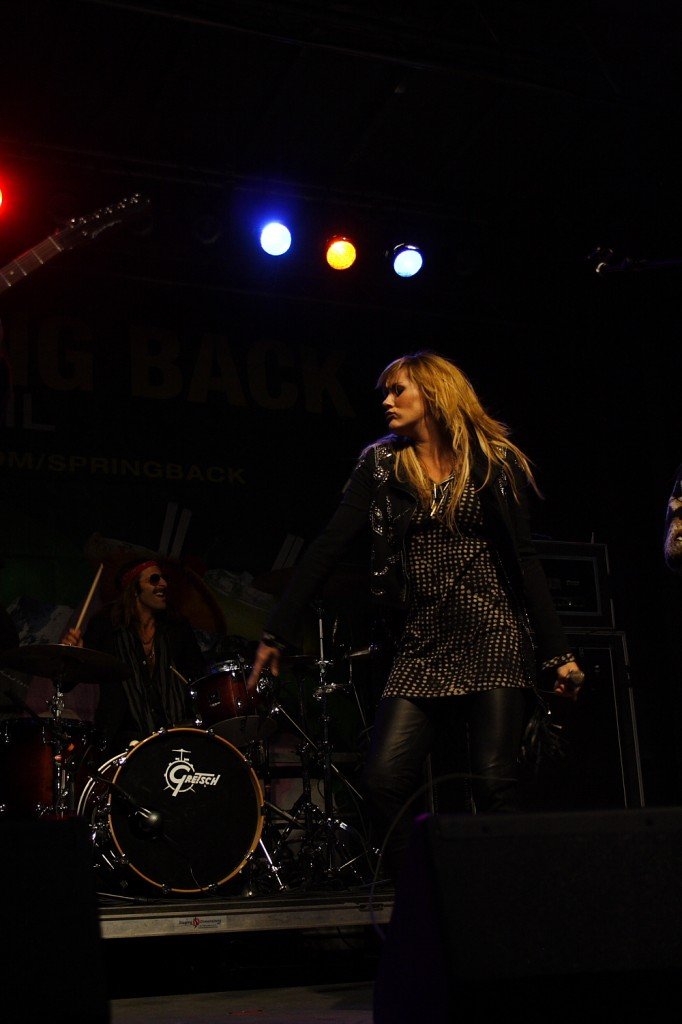 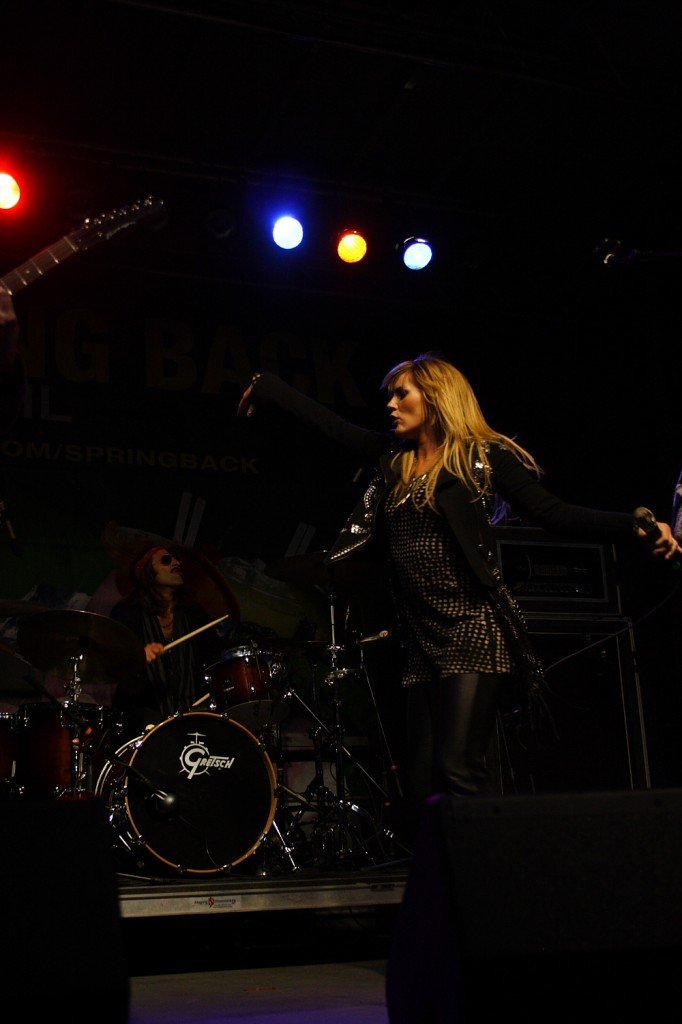 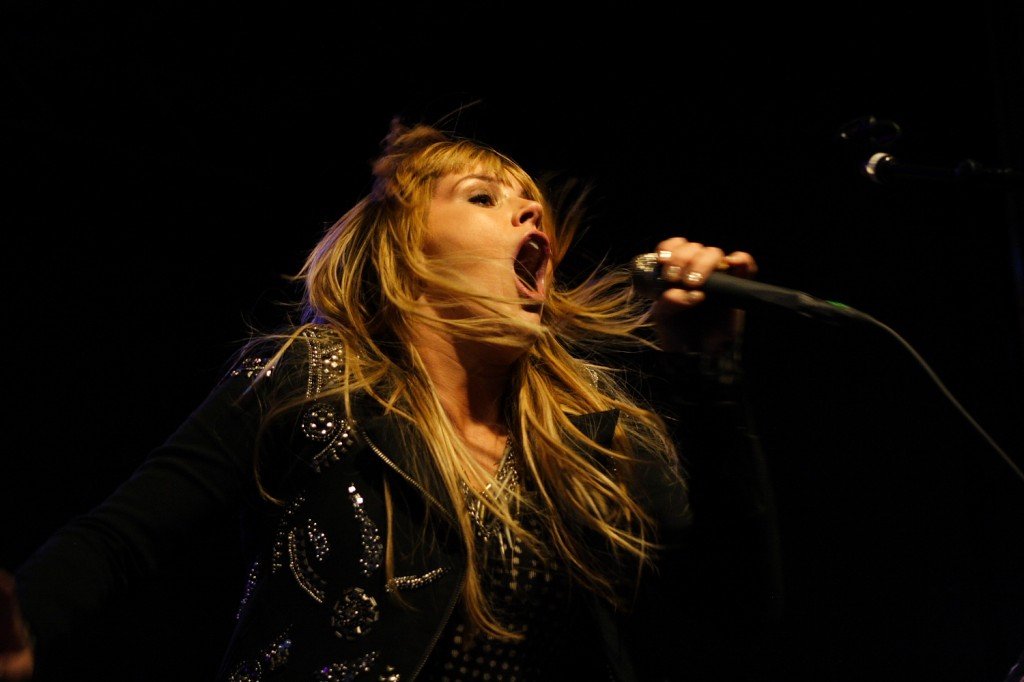 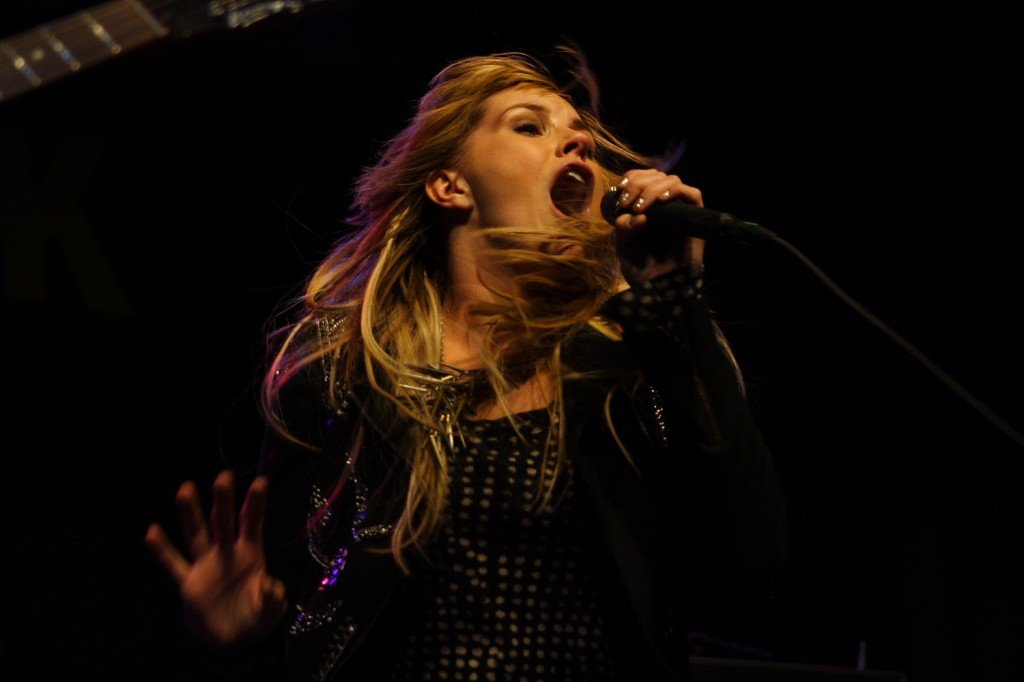 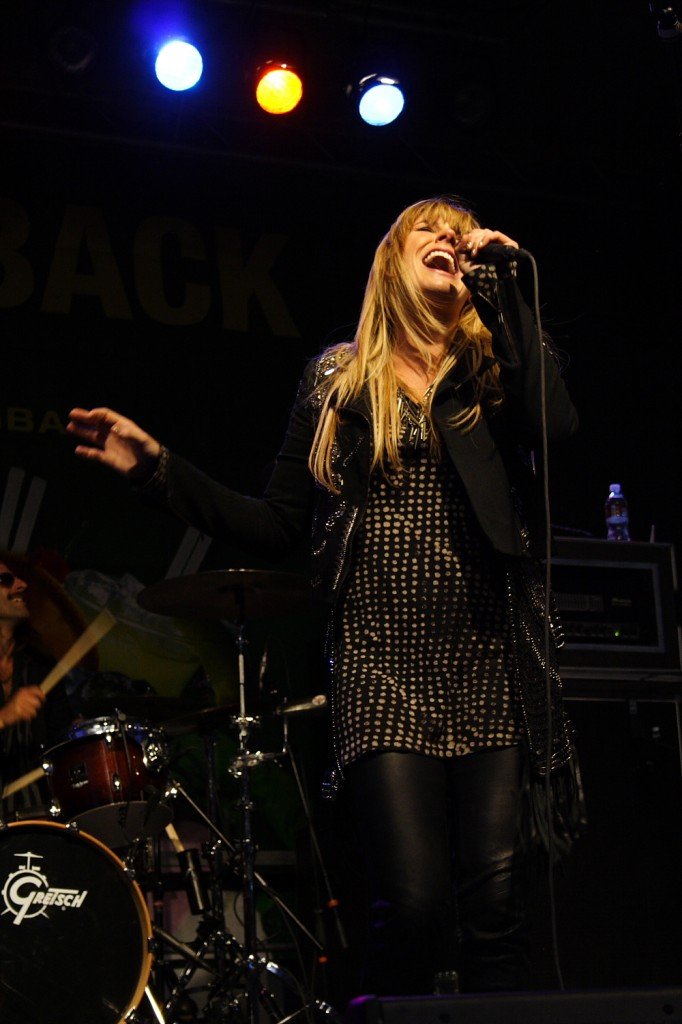 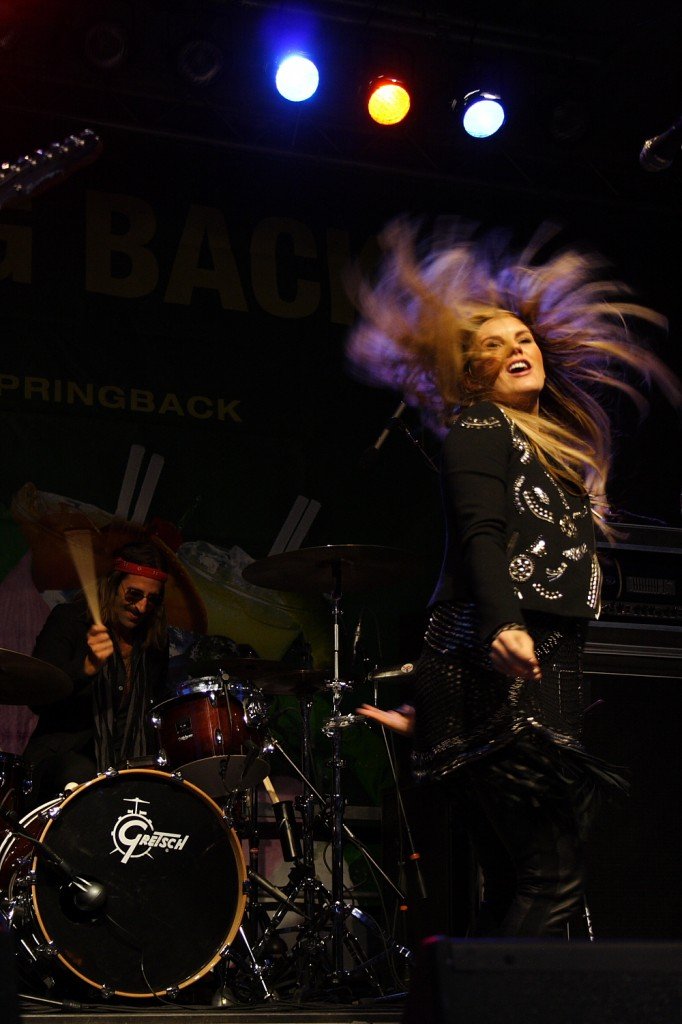 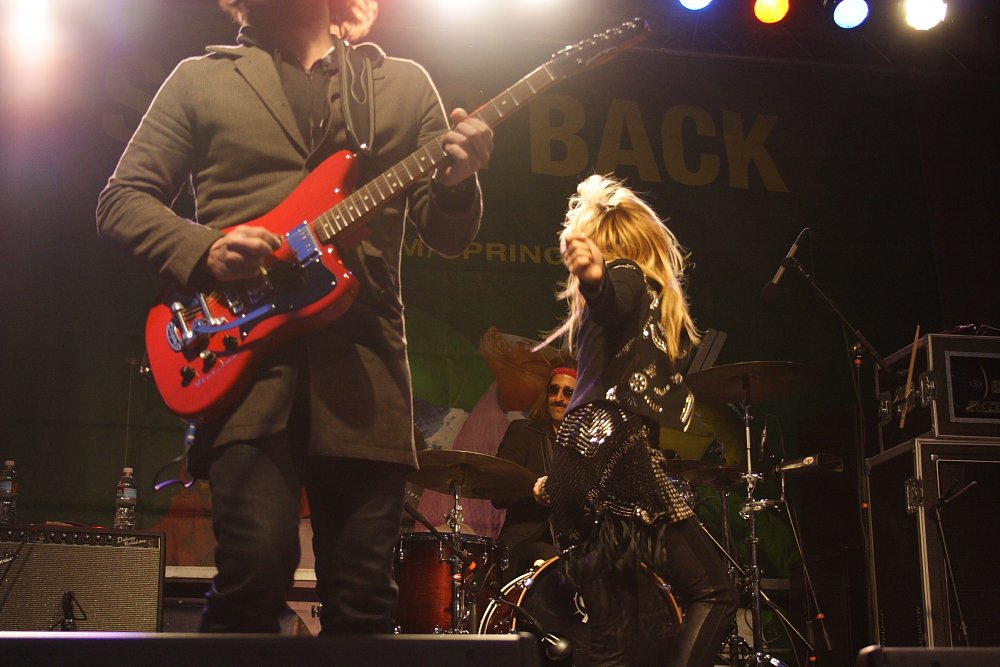 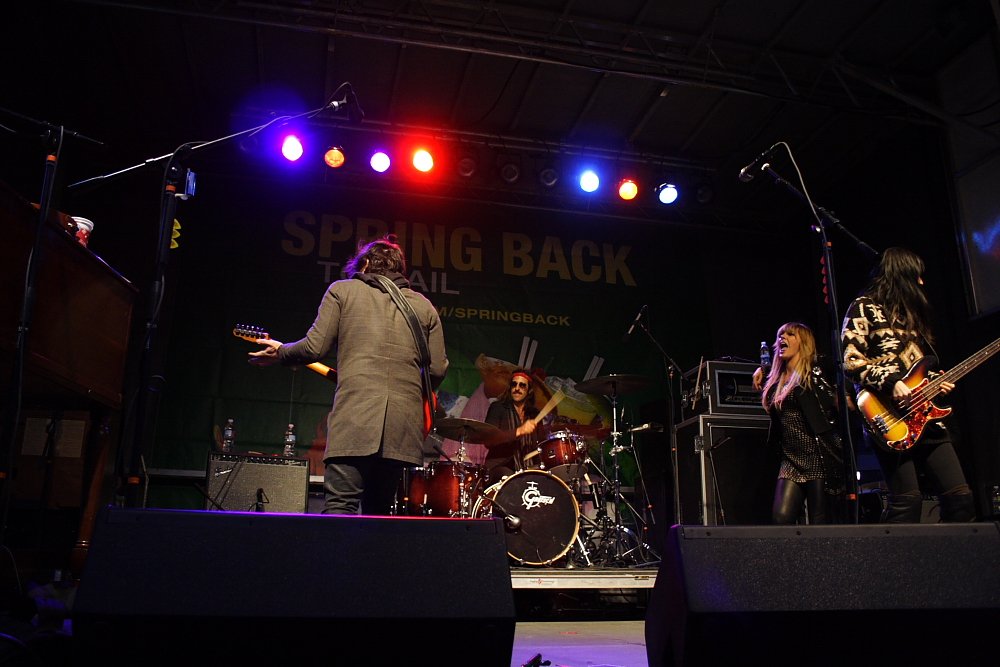 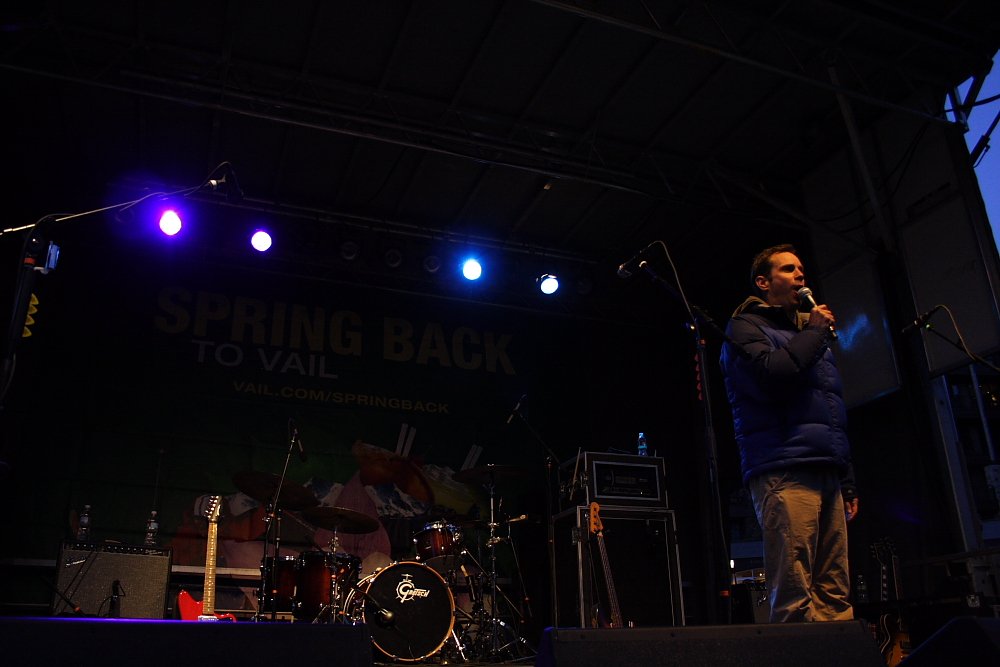 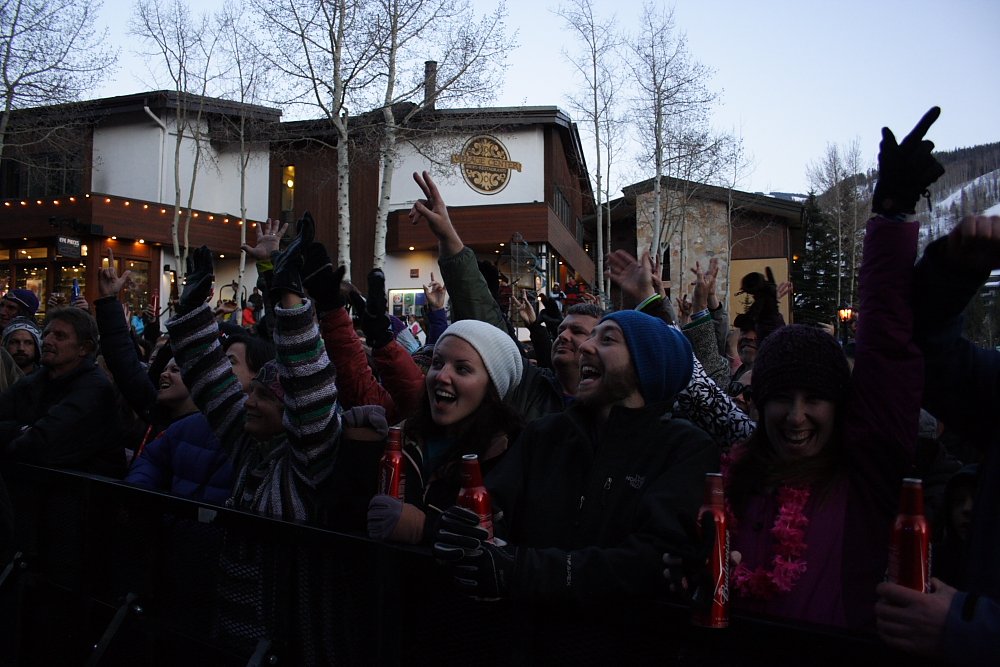 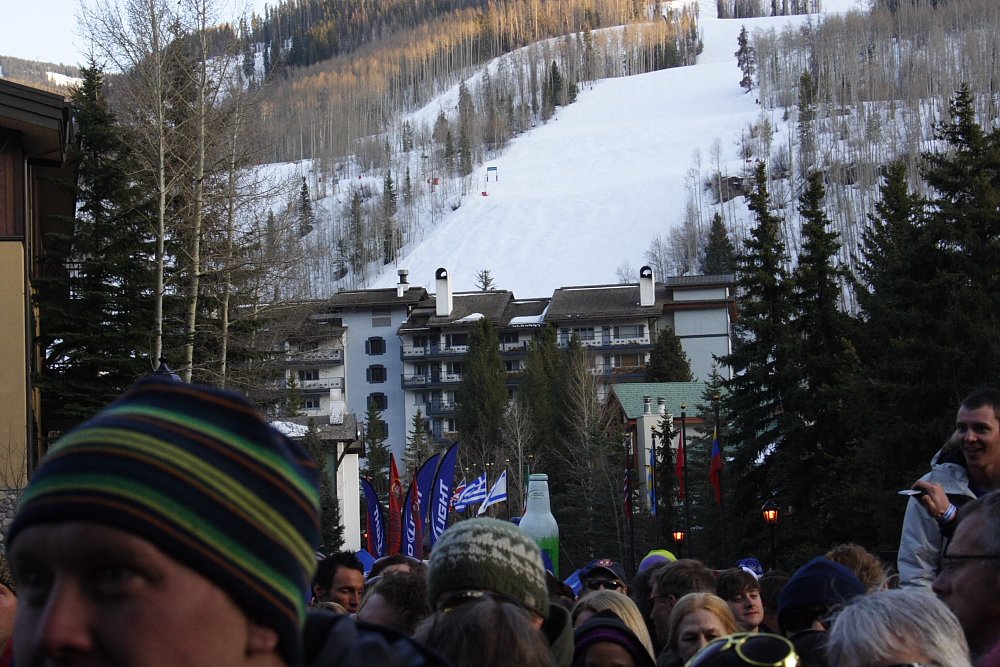