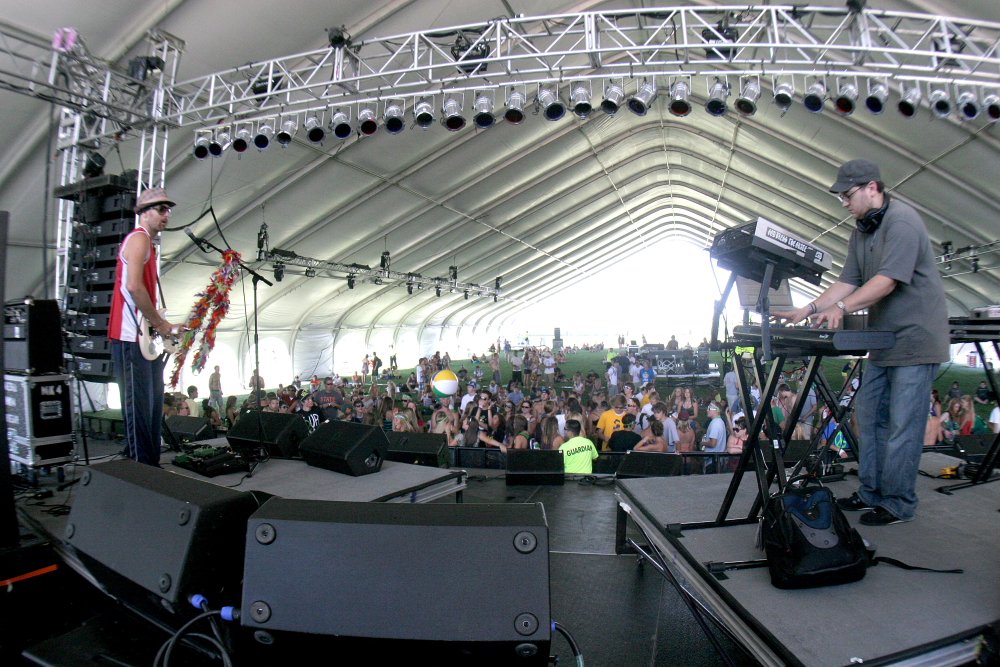 The Mountain Weekly News had the chance to chat with BoomBox, long distance before the duo’s concert at The Varsity Theatre. We asked Russ Randolph (producer, engineer, dj, drummer) and Zion Rock Godchaux (producer, DJ, vocalist, and multi-talented guitarist) about their recent experience during the 2010 Mile High Music Festival, life on the road and bands musical roots. BoomBox is currently on tour supporting their new album “downriverelectric” which was released via free download through the band’s website to the first 1,000 fans. 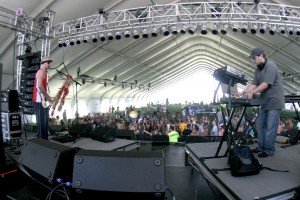 Mountain Weekly News: Russ and Zion, thanks for taking the time to sit down and chat with us before your show tonight. You just played a rocking set during the 2010 Mile High Music Festival here in Colorado can you tell us about your festival experience?

Russ- “Festival was awesome, everything from the crowd to production to weather, everything was perfect. We played at three o’clock in the afternoon, which sometimes can be difficult for crowds, you know standing in the sun for hours and all…but the tent was a great setting for a daytime set.

Zion- “Yeah MH was incredibly well organized and goes to the top of our list…the CO crowds are always great.”

Do you guys change your approach to playing in a festival setting vs playing indoors? 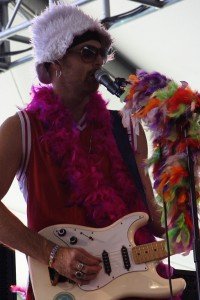 Russ- “Yeah, for indoor shows like clubs and theaters, we normally play around two hours, it definitely changes the approach when you have to cut that in half for a festival. For MH, we played for an hour, which normally goes by very quick. Anyone who knows us, knows that we are never afraid to take our time and stretch out. MH was unique in that time seemed to stop on stage for us, and we just played.”

Zion- “At festivals, the time restraint onset times can require a more premeditated and direct approach to the set. We have less time to say what we want to.”

Russ- “We are normally a late-night act, and design our live show primarily around that. So the intelligent lights and lasers that can look huge in a dark theater, get somewhat lost in the middle of the day sunshine. This forces us to come up with a different game plan for the visual aspect of the daytime sets, which are also very important to us.”

I noticed a light backdrop behind you guys during the recent festival, is this new for BoomBox?

Russ- “That was just for MH, we flew into Denver so we didn’t have all of our normal road gear. We do have a new lighting backdrop, but you’ll have to catch us on a drive tour to check it out.”

Zion, (it’s NICE TO SEE YOU STILL ROCKING THE STEAL YOUR FACE on your guitar ) with your roots in the Grateful Dead family, do you get lots of requests to cover Dead tunes? Can we expect any of these around the Halloween show?

MWN: I remember reading you guys were from Muscle Shoals, AL do you consider the southeast one of your larger fan bases? I notice a lot of shows coming up in that area including a Halloween gig.

Russ- “Yeah, the south is good to us, and our home, but we love playing all over the country. I would have to say that Colorado and the Midwest are some of our favorites.”