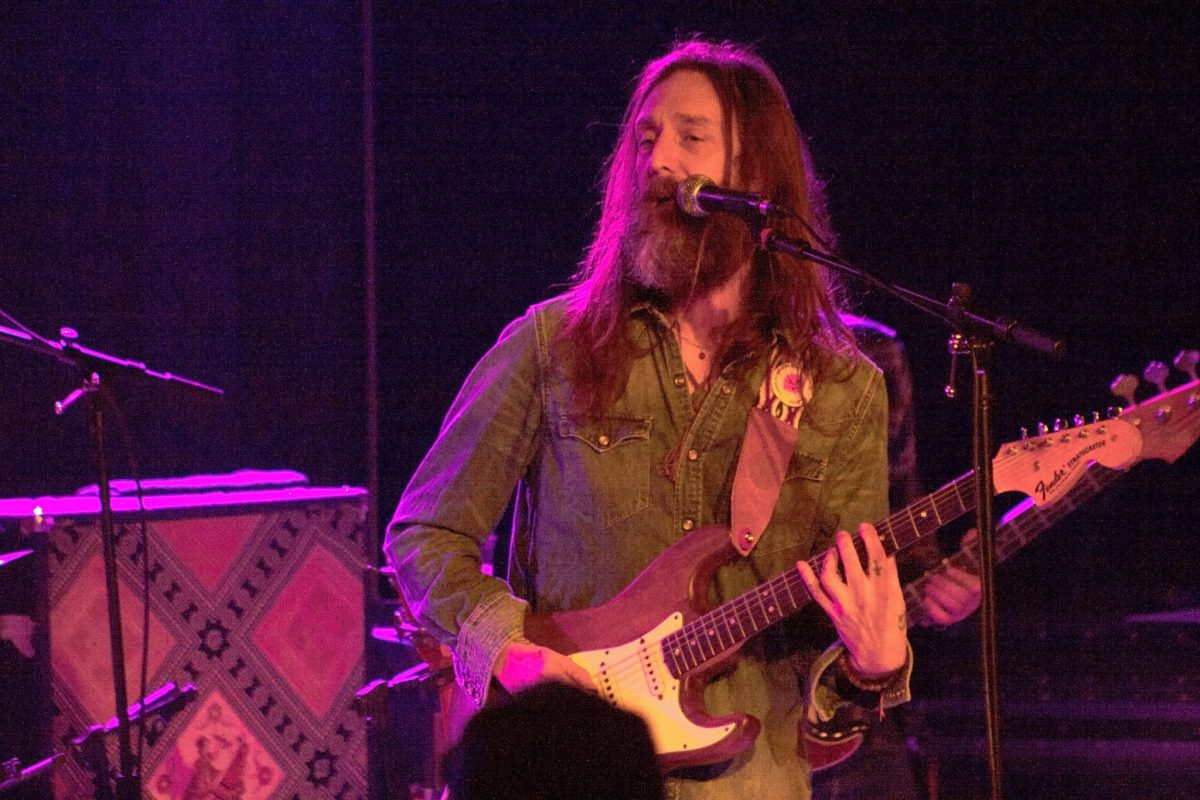 JACKSON, WYO – The Chris Robinson Brotherhood’s Winter Tour is under way and the band made a stop in Jackson, Wyoming the other night. CRB played 2 sets of good olde fashion blues rock with a little splash of psychedelia thrown in for good measures. The band’s motto is to let your “freak flag fly” which the sold out crowd at the Pink Garter Theater had no trouble doing.

The first set highlights included a funky version of the bands hit song Rosalee that had everyone including the band smiling and sent the crowd into a nice dancing grove. While the second set kicked off a little bit more rocking with a cover of the Rolling Stones Let it Bleed. If you’re a fan of the Black Crowes, the Grateful Dead or any similar bands you may just enjoy checking out the Chris Robinson Brotherhood. 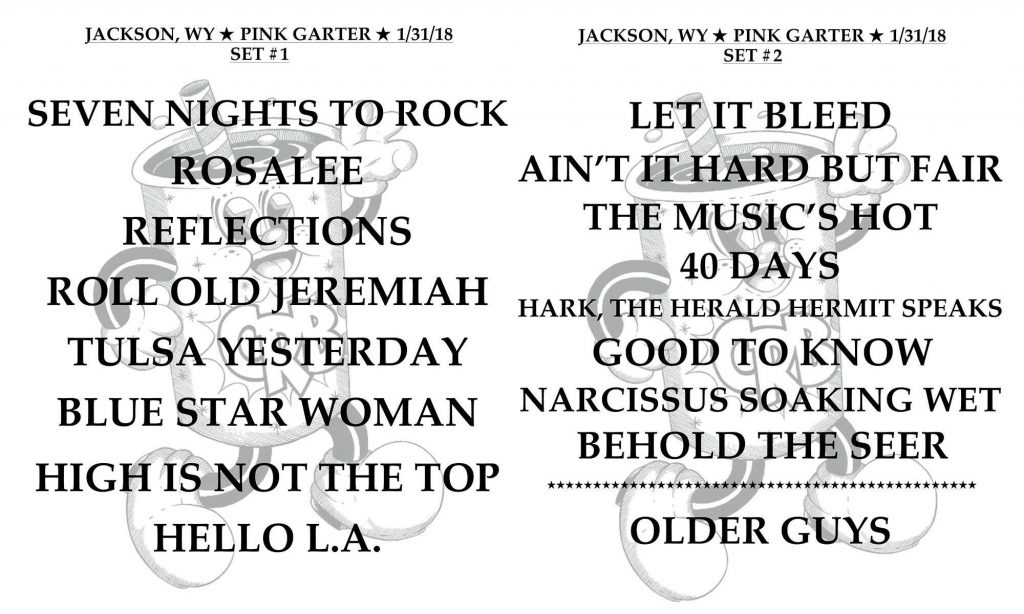 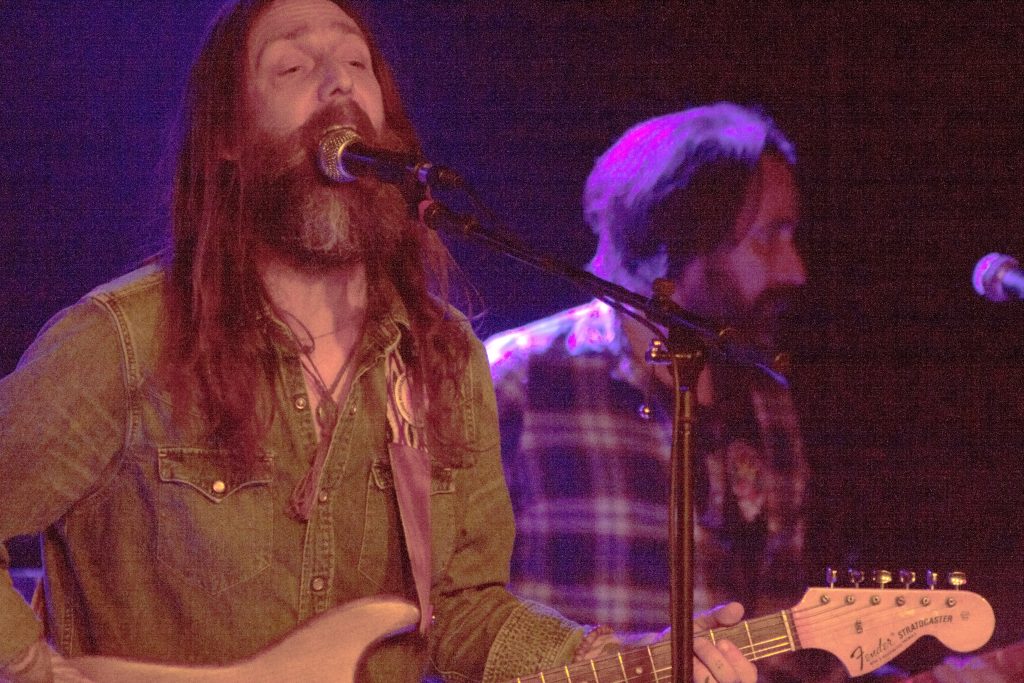 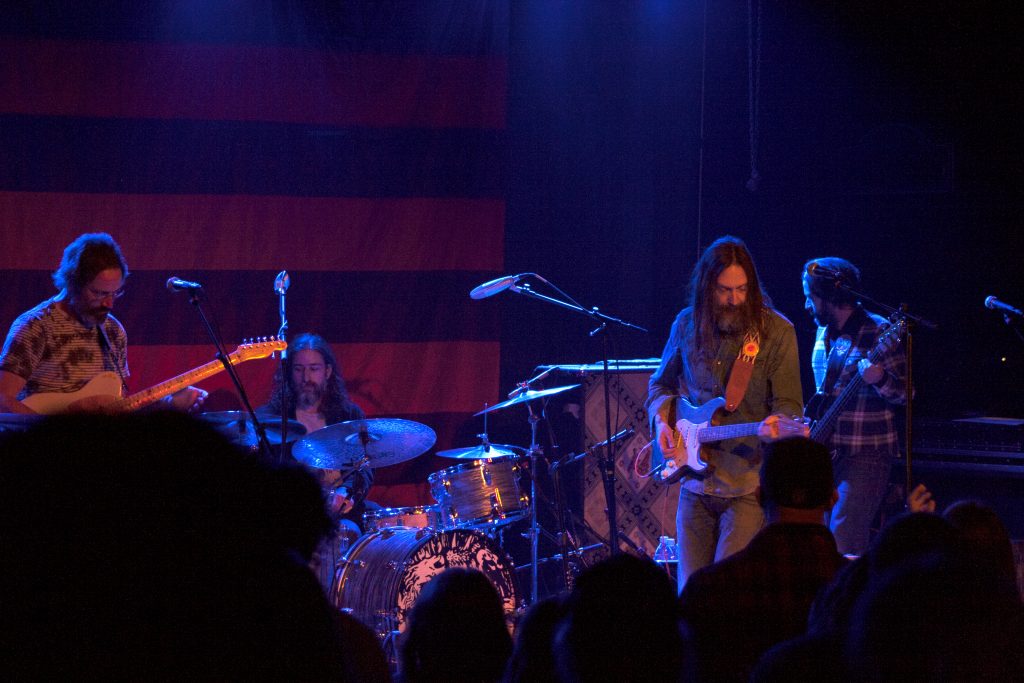 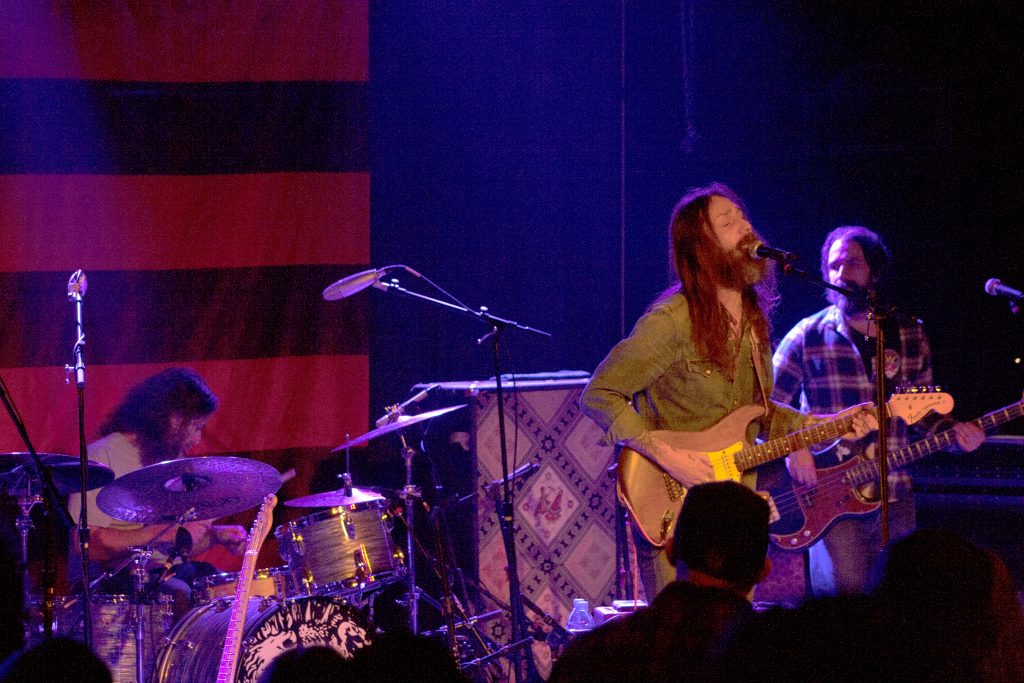 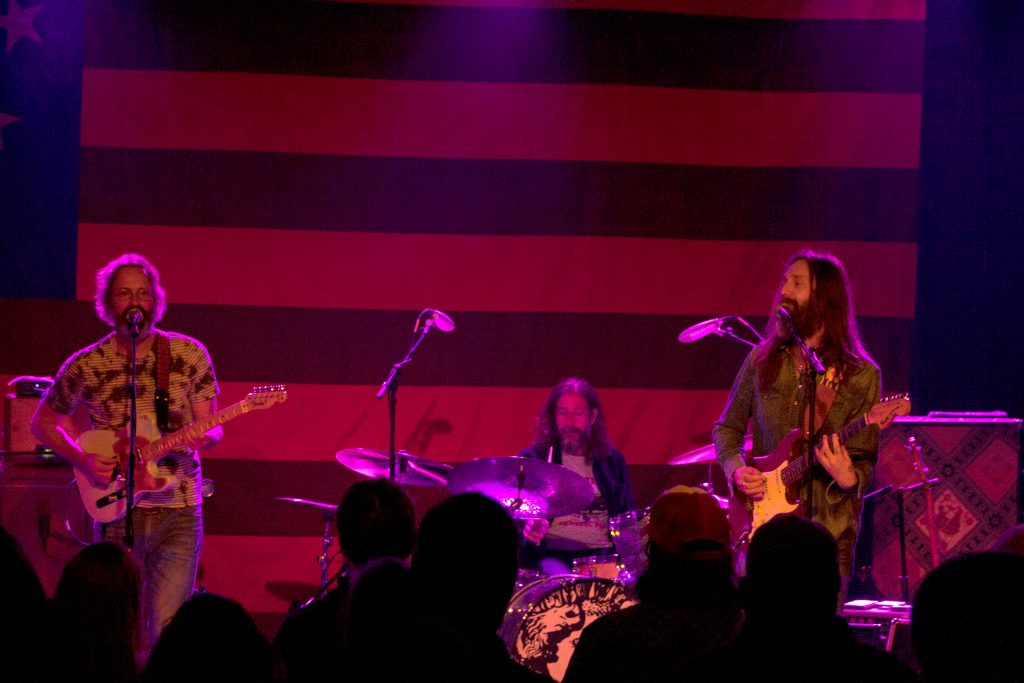 DENVER, CO – It was Denver in December and the new year was on its way. Just a little over 24 hours and everyone around town would be ringing it in. Just another day if you ask me. Nothing out of the ordinary on the night of the 30th.

Except for the fact that it was -10 degrees outside of Cervantes’ Masterpiece Ballroom with a blaring wind chill. That, and the Chris Robinson Brotherhood was inside ready to blare their music. I was sure they had already started. I am always the sucker that thinks: maybe, just maybe, one time, one of these Denver venues will begin at the time stated on the ticket.

When I picked up my media pass, the fellas at the door told me the first song was well underway and pictures in the media pit could only be taken through the second song. So I raced up to the front of the floor where I could get some close-up shots of Chris Robinson and Neal Casal. I set up shop next to only one other photographer, where something went haywire. My camera wasn’t budging, no life, no spark.

I consulted with the guy taking photos next to me and all he could mutter up was: “frozen maybe?” Frozen? A camera? Frozen? I wasn’t following. A frozen camera that apparently has freezeproof? I kept tinkering with the camera, really just hoping for some kind of magic to happen. But there was no magic, except for that which was coming from the stage, and I noticed out of the corner of my eye the battery on my camera dwindle into nothingness.

By that time the band had transitioned into the 3rd song which was a trance-y “Badlands Here We Come,” which is an original from CRB that came out on their new album Phosphorescent Harvest–kind of funky, kind of swingy. Before I knew it, they started the classic Dylan tune “A Hard Rain’s Gonna Fall” and I was in my happy place, trying to forget about the incident with the camera.

Set break came too soon with some more CRB originals and even some Black Crowes tunes. All around rockin’ and rollin’, and the band was really heatin’ up.

The second set welcomed some more new ones from Phosphorescent Harvest and even better, more Dylan covers. 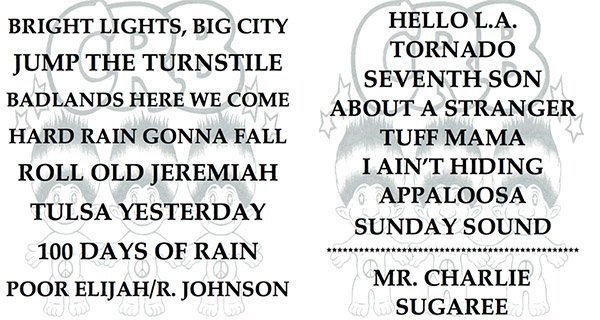 The New Year is right around the bend and LIVE MUSIC is coming to a venue near you. That is, if you’re into that kind of thing.

From Denver to Boulder to Fort Collins, these cities will continue their annual celebration in style, with options through the roof. Whatever you want to see: bluegrass, funk, jam, EDM, instrumental-psychedelic-electronic-hip-hop-jazz or just plain old rock ‘n’ roll, the Front Range will have it. And better yet, all of the above can most likely be accomplished in a 5 night span starting on December 29, if you’ve got it in you.

The Historic Five Points Neighborhood in Denver will be getting the party started on 12/30 at Cervantes’ Masterpiece Ballroom hosting a 2 night run with the California based Chris Robinson Brotherhood.

In 2011, starting as more of a concept band, Chris Robinson (The Black Crowes) wanted to focus on jamming and making music with artists that were local to the L.A area. After close to a 50 night residency in the state of California and nearly 120 shows across North America, the concept turned into quite the idea. In walks the Chris Robinson Brotherhood.

Sounds good to me. And it is.

With bluesy roots and personal inspiration from the likes of Phil Lesh and Bob Weir (Grateful Dead), CRB cut their first 2 albums in 2012 direct from live performances. And in 2013, the band sat down to some real studio time, with major song-writing collaborations from Robinson and Casal, in what has become Phosphorescent Harvest (released in April 2014).

The Chris Robinson Brotherhood is deep down experimental rock that takes no shortcuts in their sonic vision en route to THE authentic sound.

CRB will close out 2014 at Cervantes’ in Denver, and continue on to Aspen and Telluride, starting off their 25+ date tour that ends in Australia.