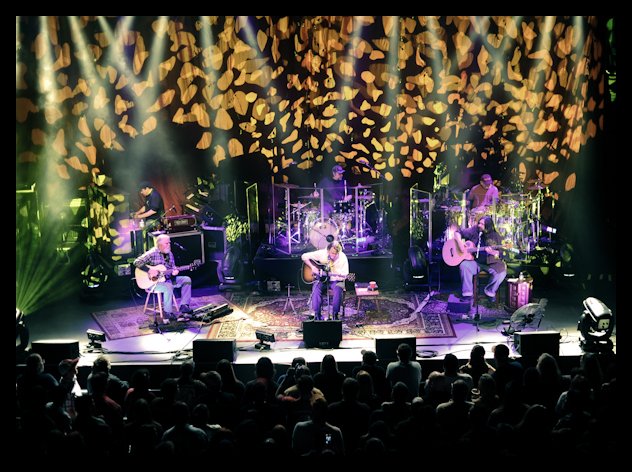 ATLANTA, GA – Colin Vereen longtime member of the Widespread Panic family and son to the late Garrie Vereen joined the boys on stage during a show at the Tabernacle Theater for an acoustic version of Trouble, on the second leg of the bands Wood Tour.

I can only imagine how special this was to everyone involved. As the band and fans have said for years “never miss a Sunday show.” Colin has been shooting incredible photos of Widespread Panic over the last few years, providing fans with a unique angle of the band from backstage to playing and everything in between.

Were you at the show? If so leave a comment below telling us your thoughts or feelings on seeing Colin on stage with the band…

Having known Garrie we can see his big smile looking down upon Collin Vereen, JB, Schools, Jojo, Sunny, Jimmy, Todd and the crew.

5 Comments on "Colin Vereen Joins Widespread Panic at the Tabernacle"