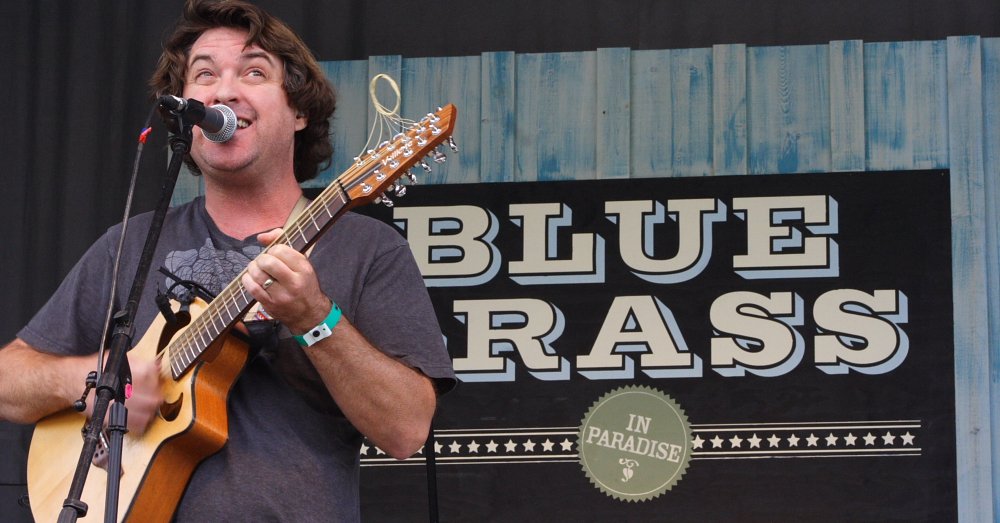 CRESTED BUTTE, CO – Drew Emmitt, Keller Williams, Larry & Jenny Keel, members of Leftover Salmon and many more talented musicians graced the stage during the second day of the Crested Butte Bluegrass in Paradise music festival. The weather turned out to much nicer then the FIRST DAY OF THE FESTIVAL much to the delight of the crowd, bands and I’m sure festival promoters and not to mention photographers like myself.

The lineup for the final day included Honey Don’t, the Josh Williams Band, Nashville Bluegrass Band, Keller & The Keels, the Kruger Brothers and a special performance by Crested Butte local and festival host Drew Emmitt & The Paradise All-Star Band. Through out the early afternoon most patrons found themselves sitting on the grass or kicking back relaxing in lawn chairs. However once Keller and the Keels took the stage the Crested Butte Mountain Resort base area came to life and started to resemble music festivals that I am used to seeing with people actually dancing. This is bluegrass music after all, you should be dancing, taping your feet and feeling the groove. Even my mom dances at bluegrass shows..

I wish had written down Keller & The Keels setlist I know the following were played,

In no particular order:
Rehab – Amy Winehouse cover
PortaPotty – Keller Taking it OLD SCHOOL!!
Another Brink in the Wall – Pink Floyd cover
And many more amazing tunes.. (if you were at the show and can help fill this in let me know)

How was anyone to follow that act? The Kruger Borthers did a great job coming on after with there blend of sit down bluegrass music. This really messed with the ebb and flow of things as for the next hour everything mellowed out. A great act nonetheless but they should have come on before Keller & The Keels. The headliner was Drew Emmitt and the Paradise Allstar Band, featuring 3 members of Leftover Salmon (Vince Herman was ironically in town the night before for a show at the Eldo) however he did not join in to play at the festival???? Drew was also joined by a violin player from the festival and drummer from Nederland, CO.

This was only the second year of the Crested Butte Bluegrass Festival, lets hope next year we can try and persuade some of the larger acts to come to Crested Butte instead of the other bluegrass festivals in the state. Kudos to everyone involved, Sunday was a total blast!! 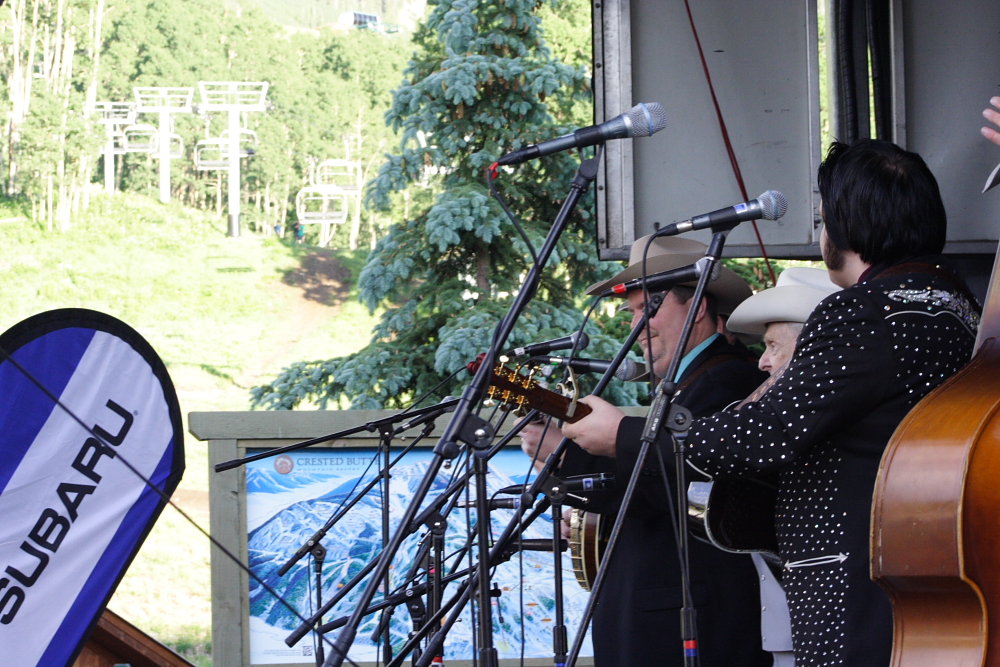 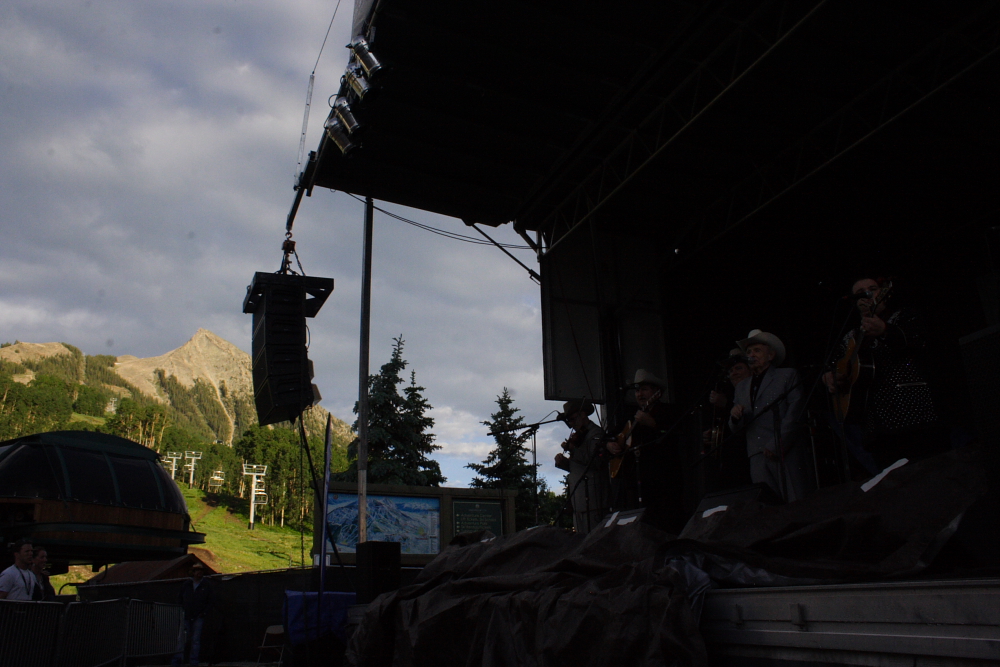 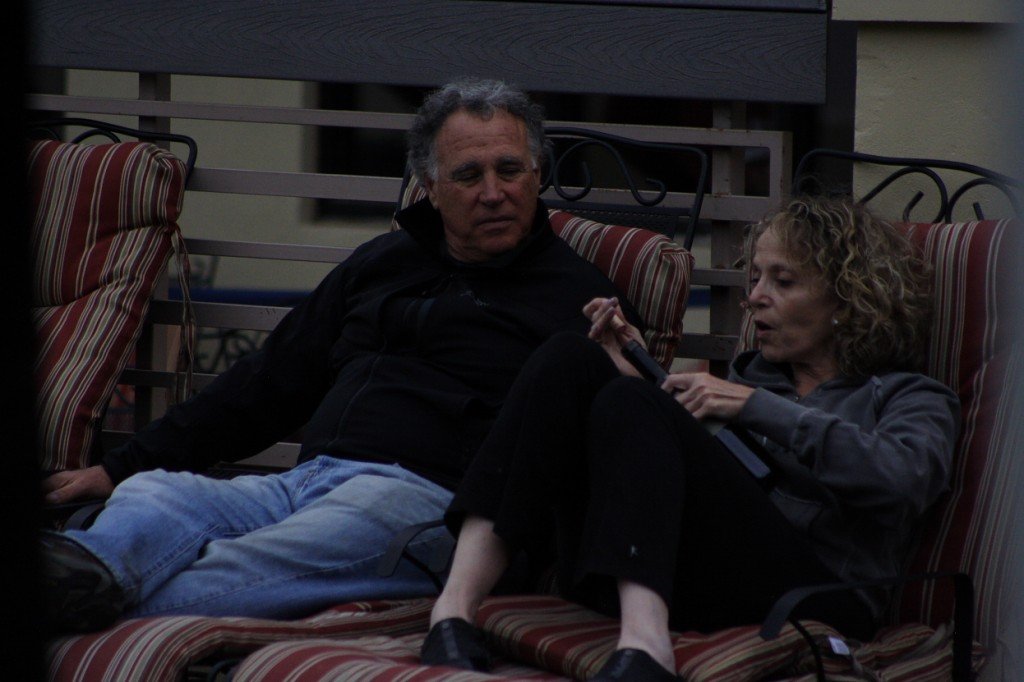 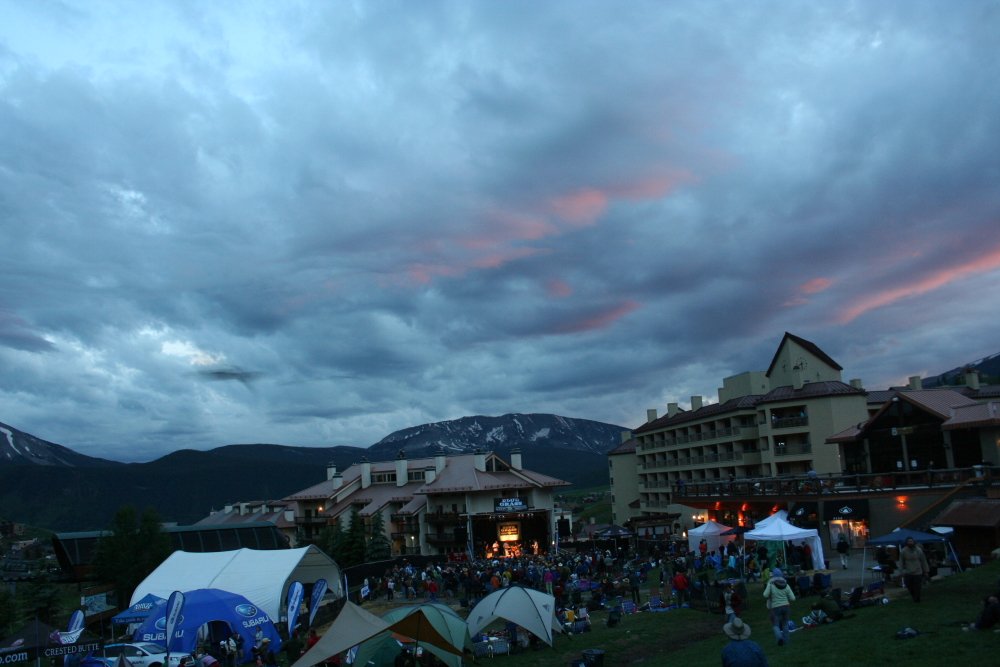 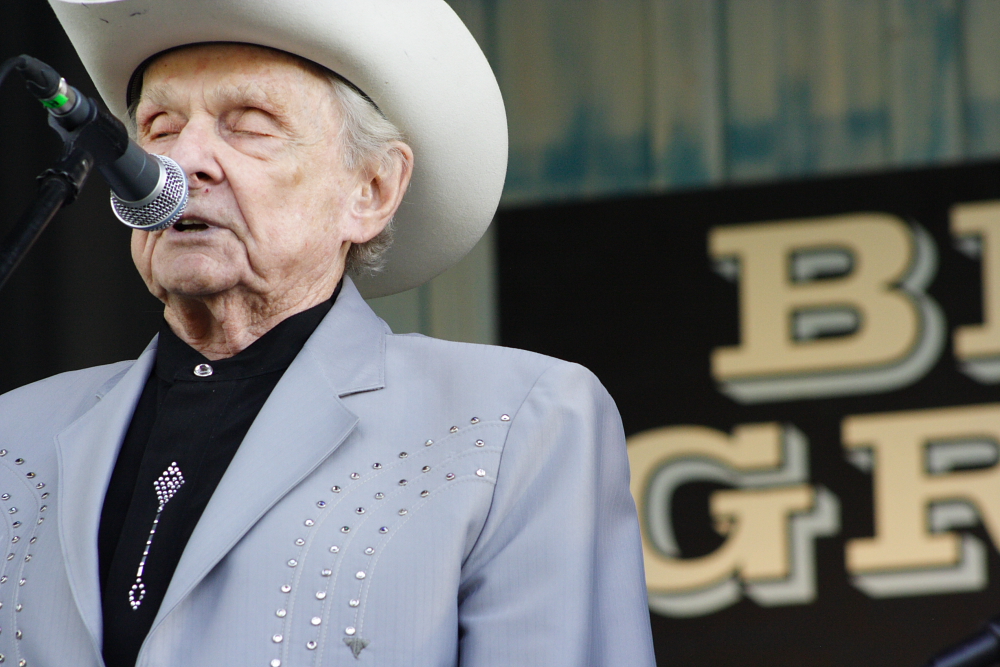 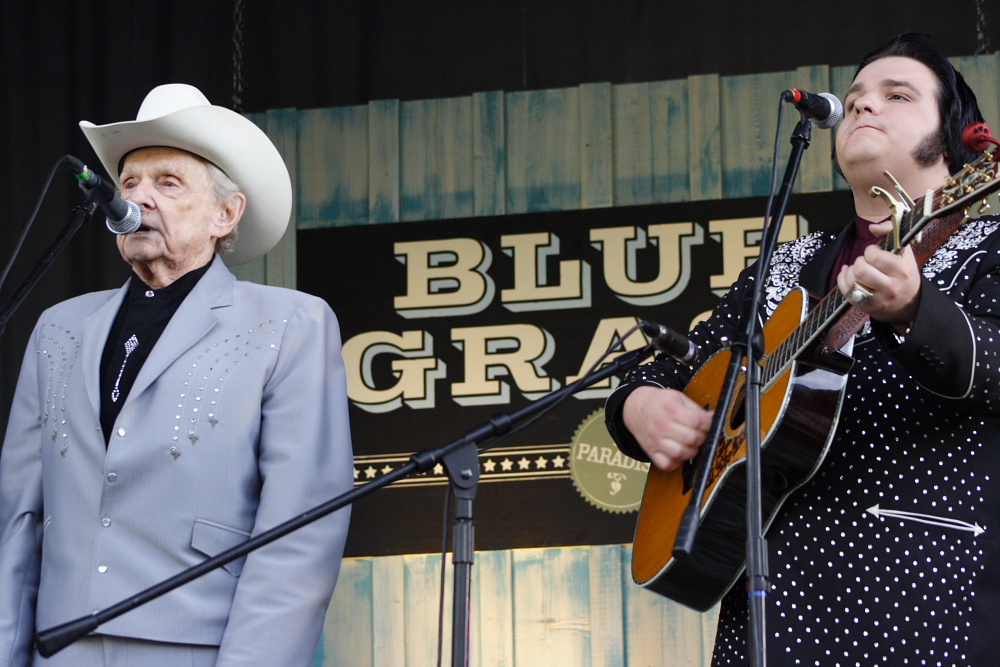 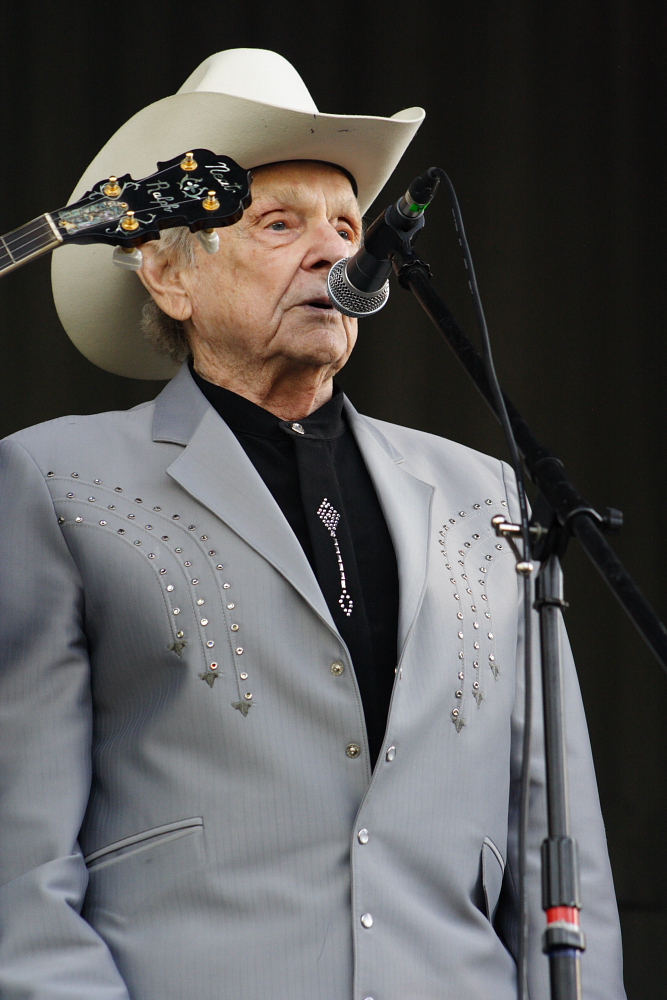 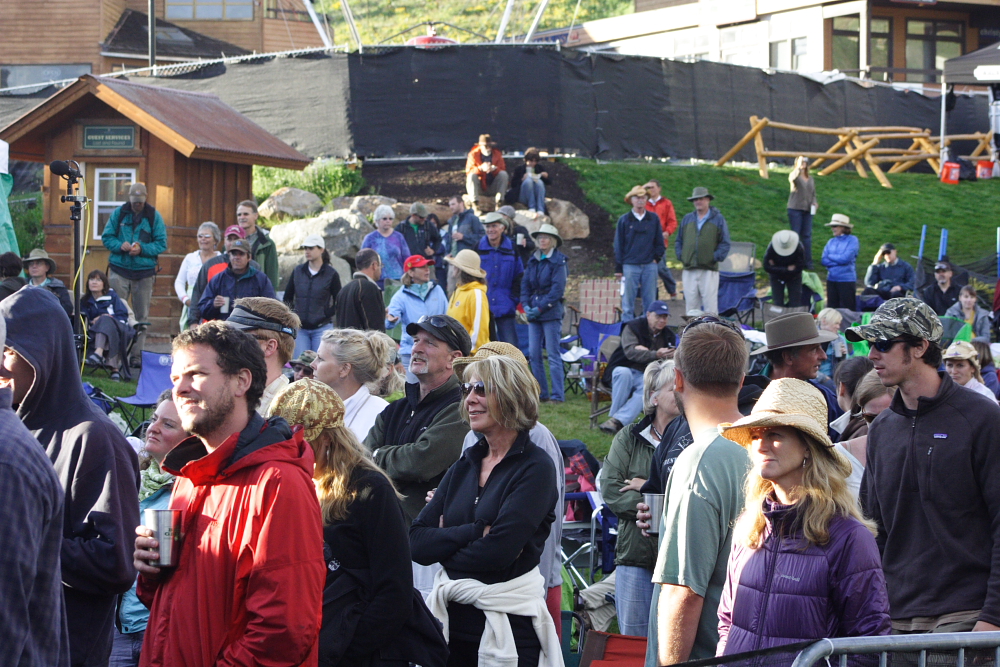 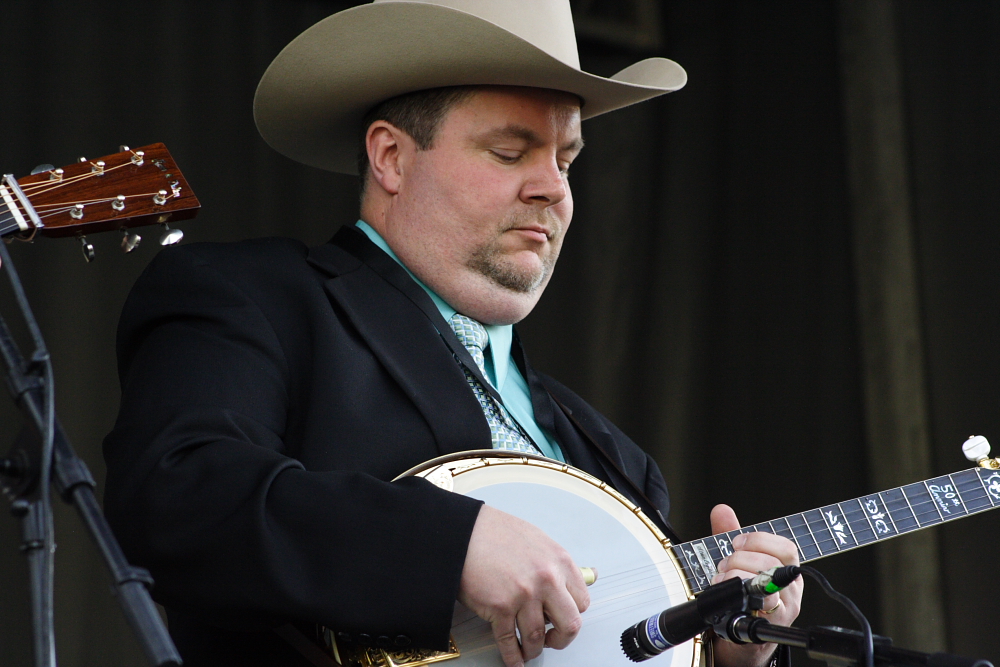 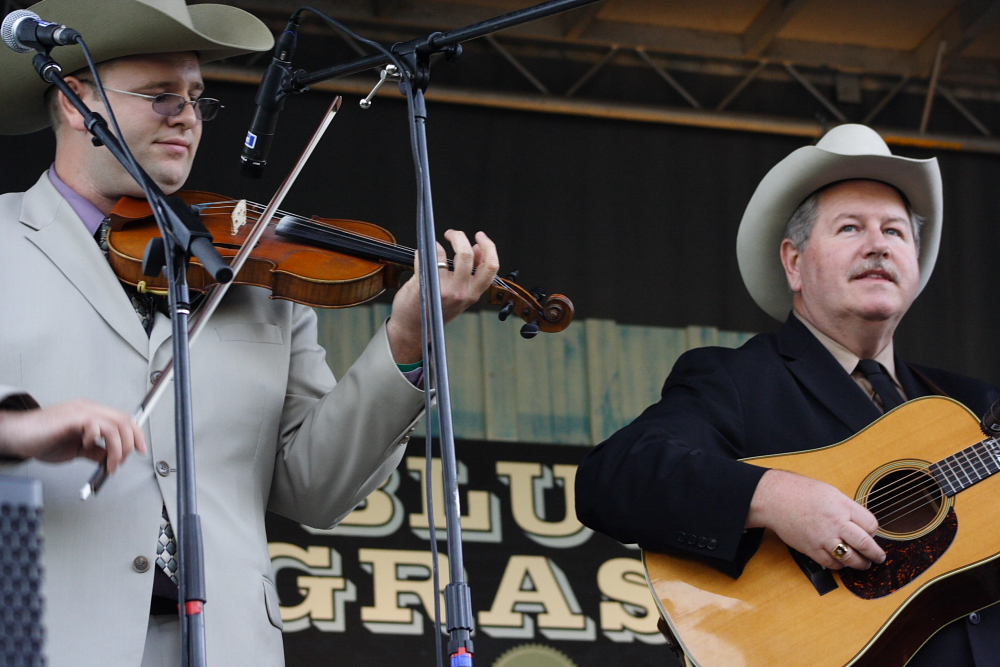 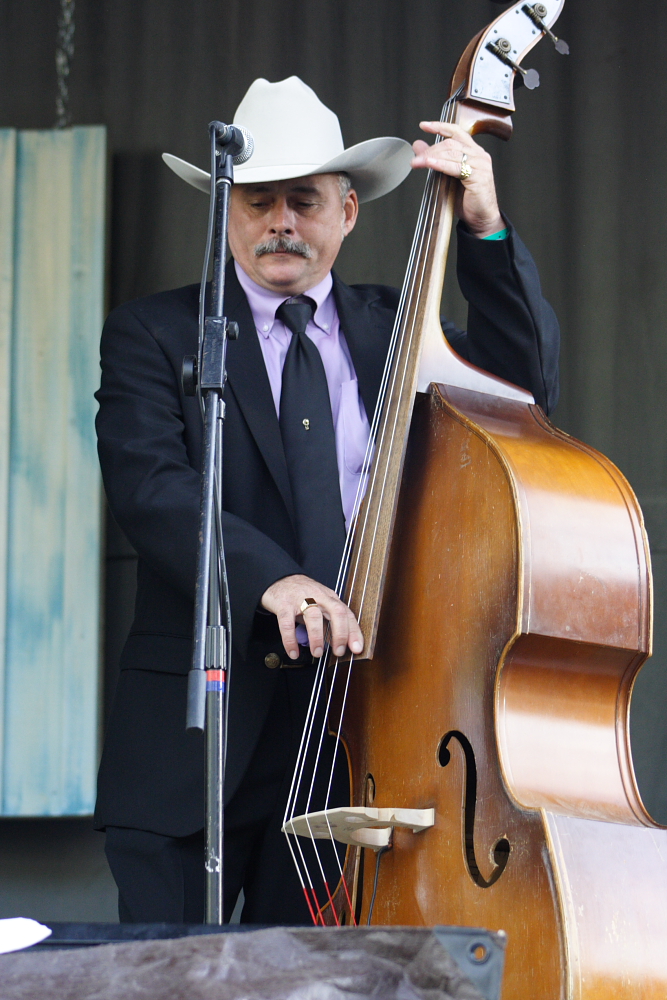 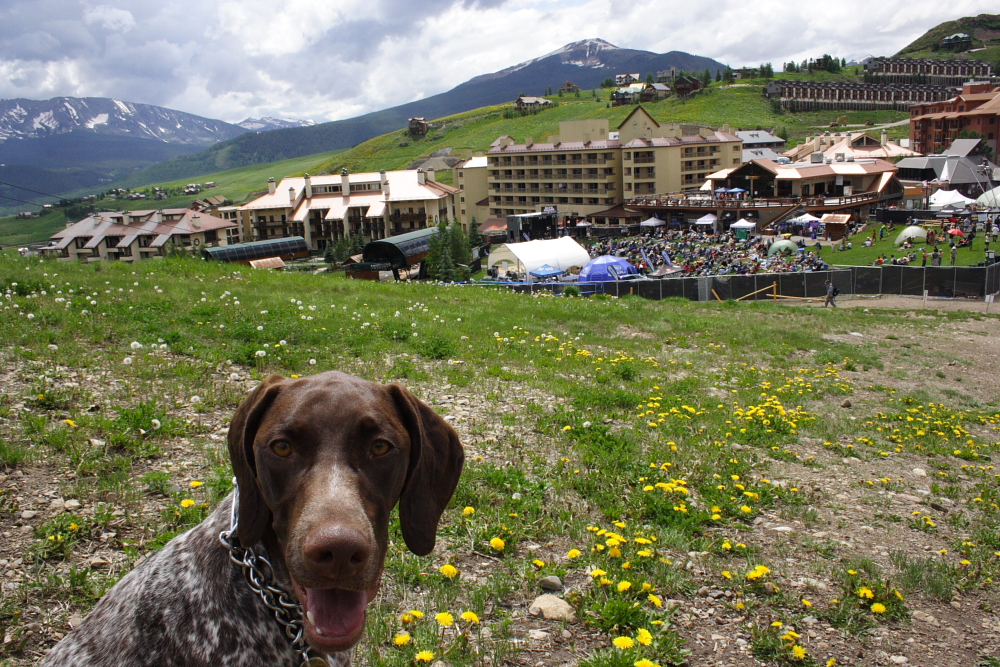 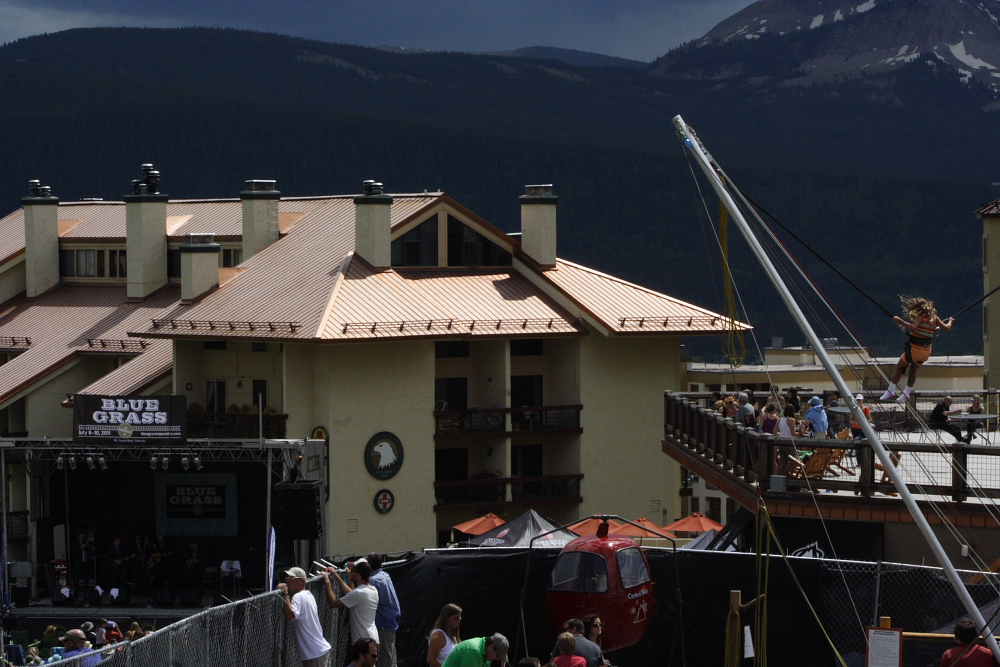 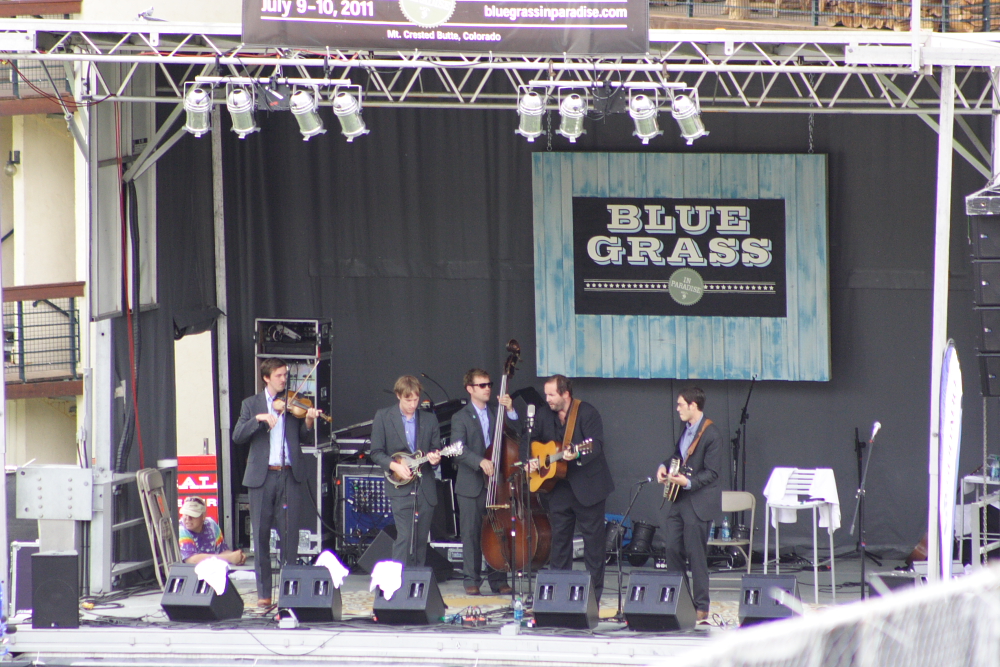 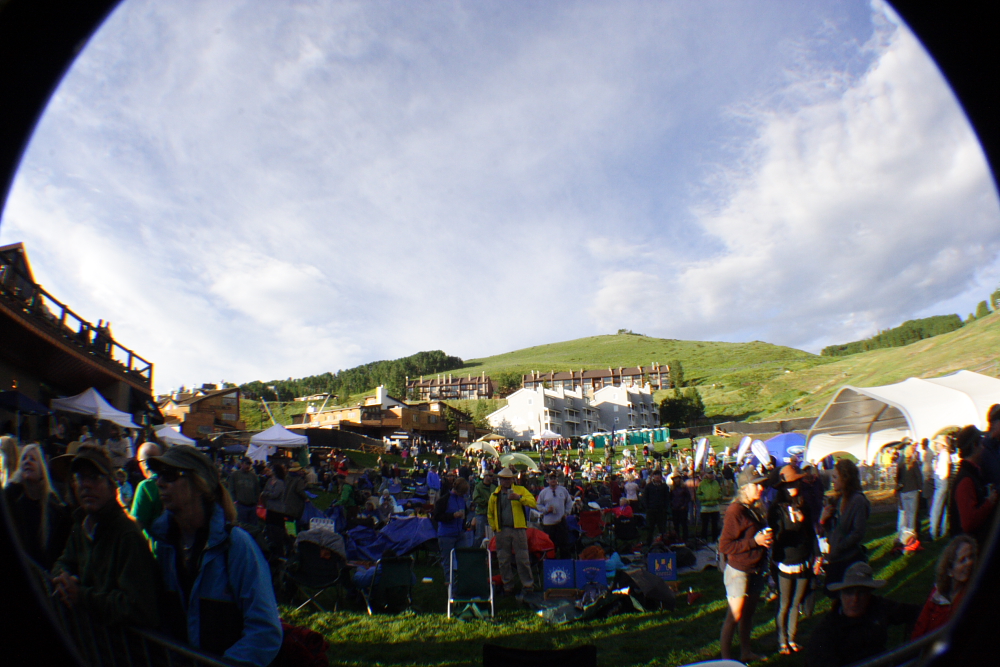 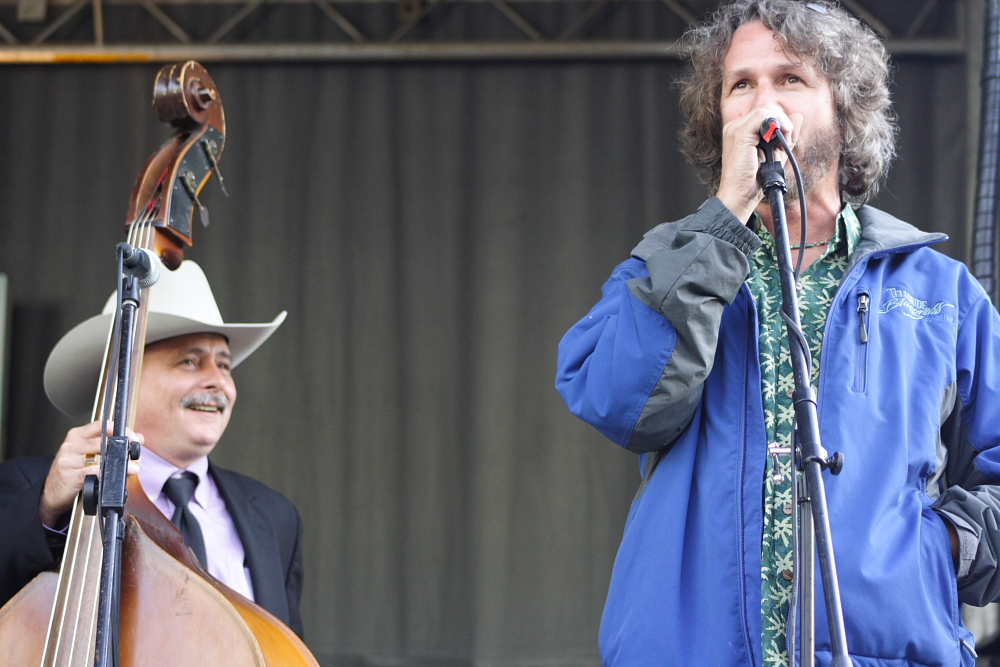 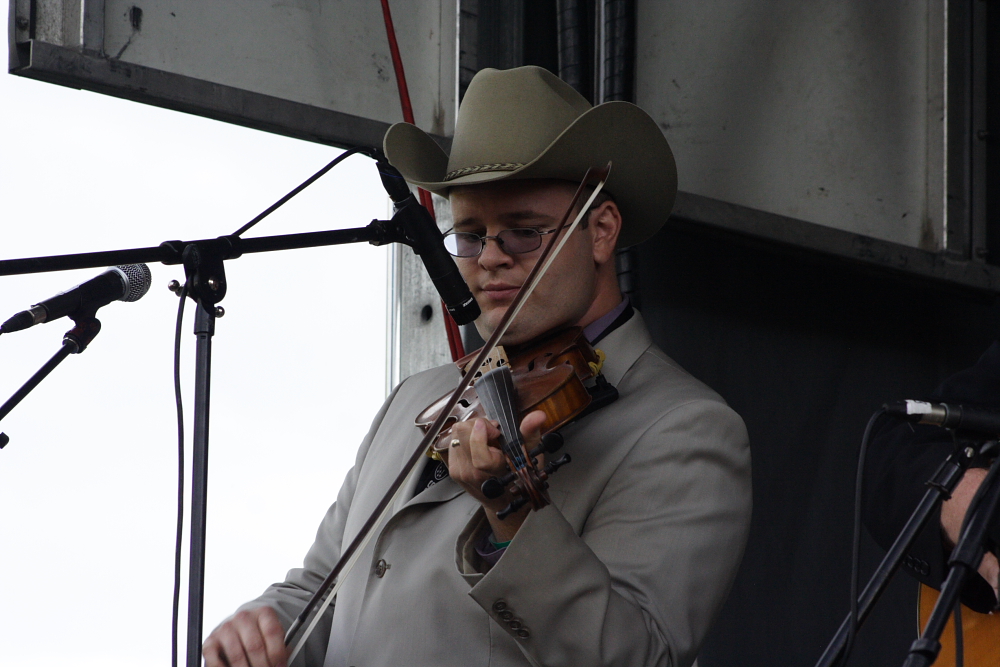 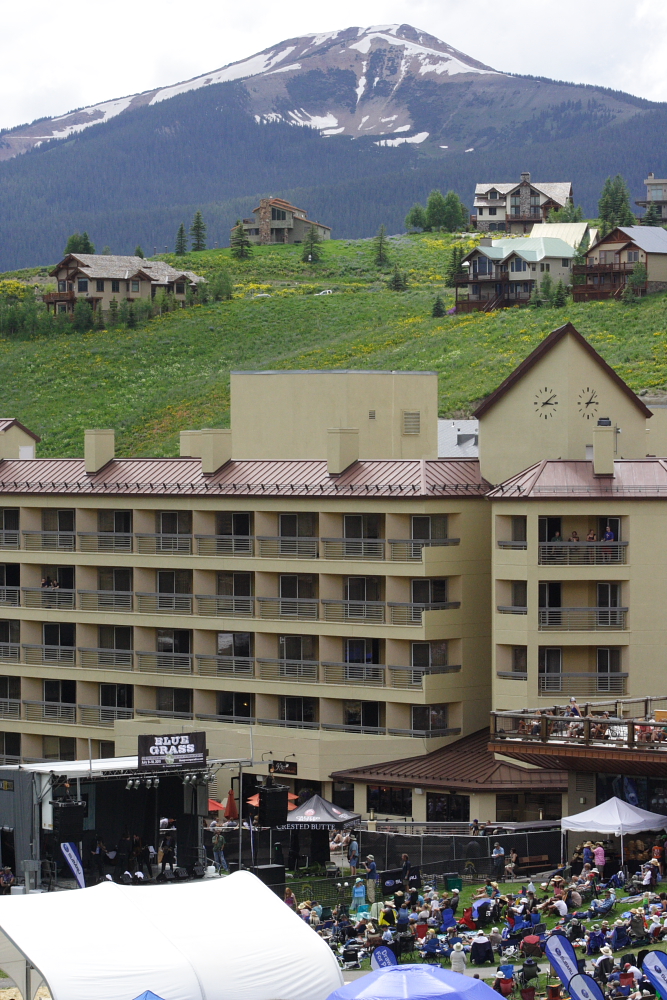 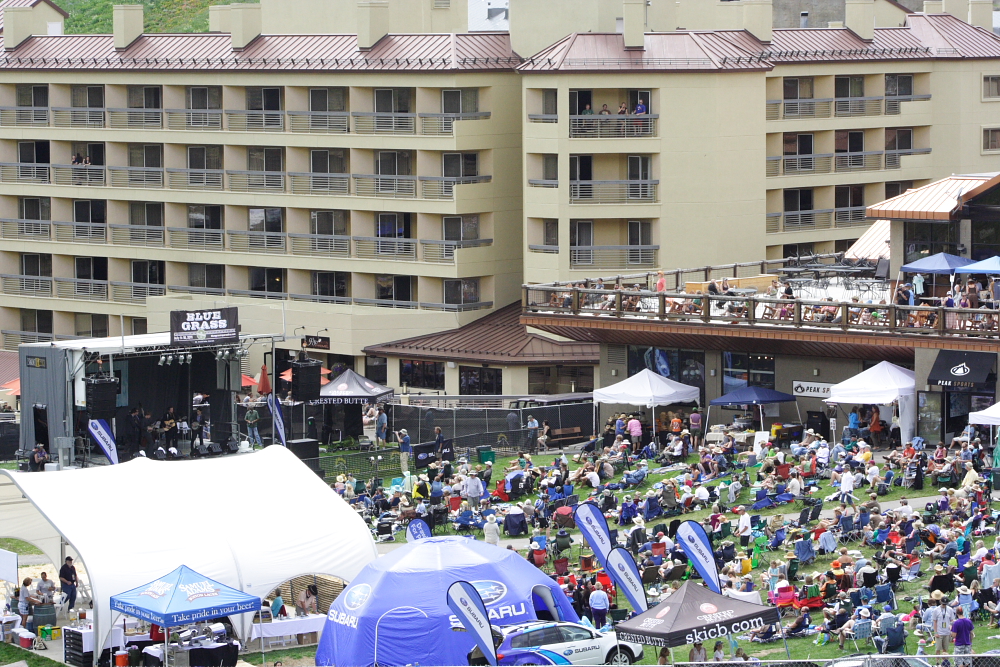 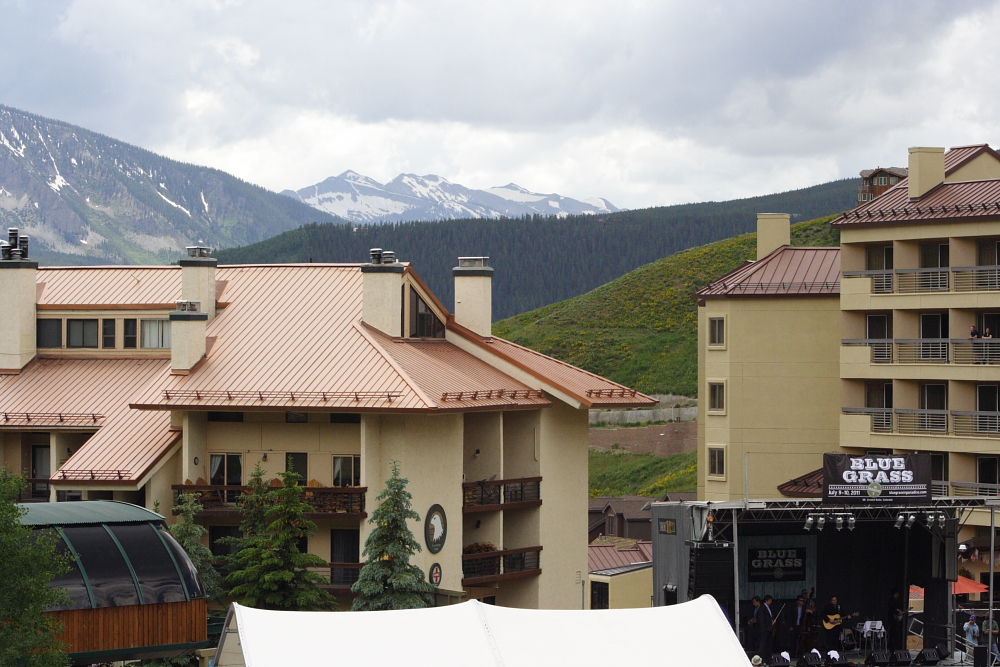 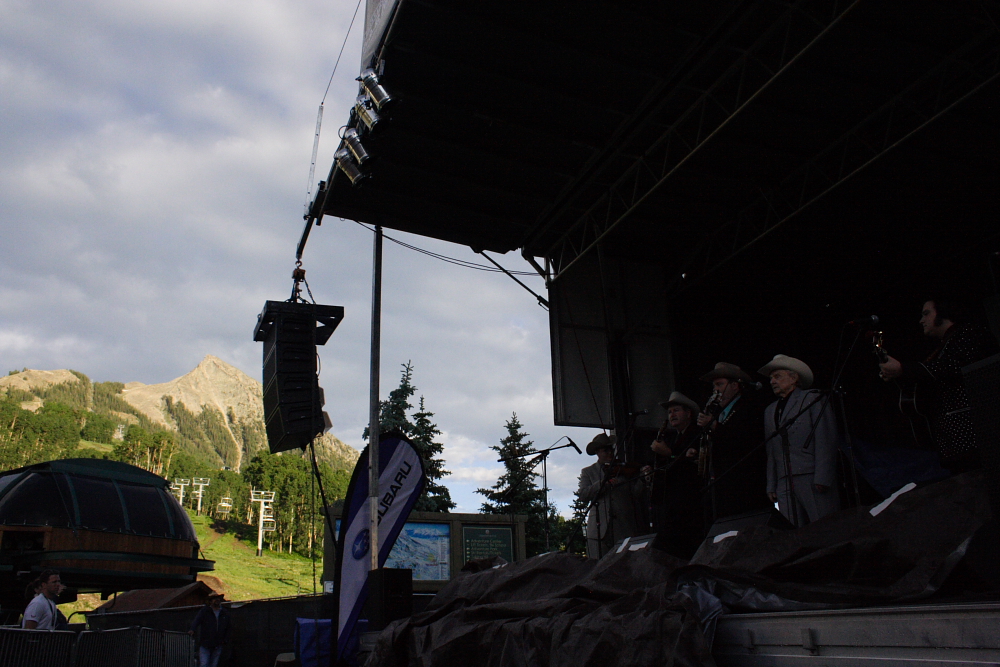 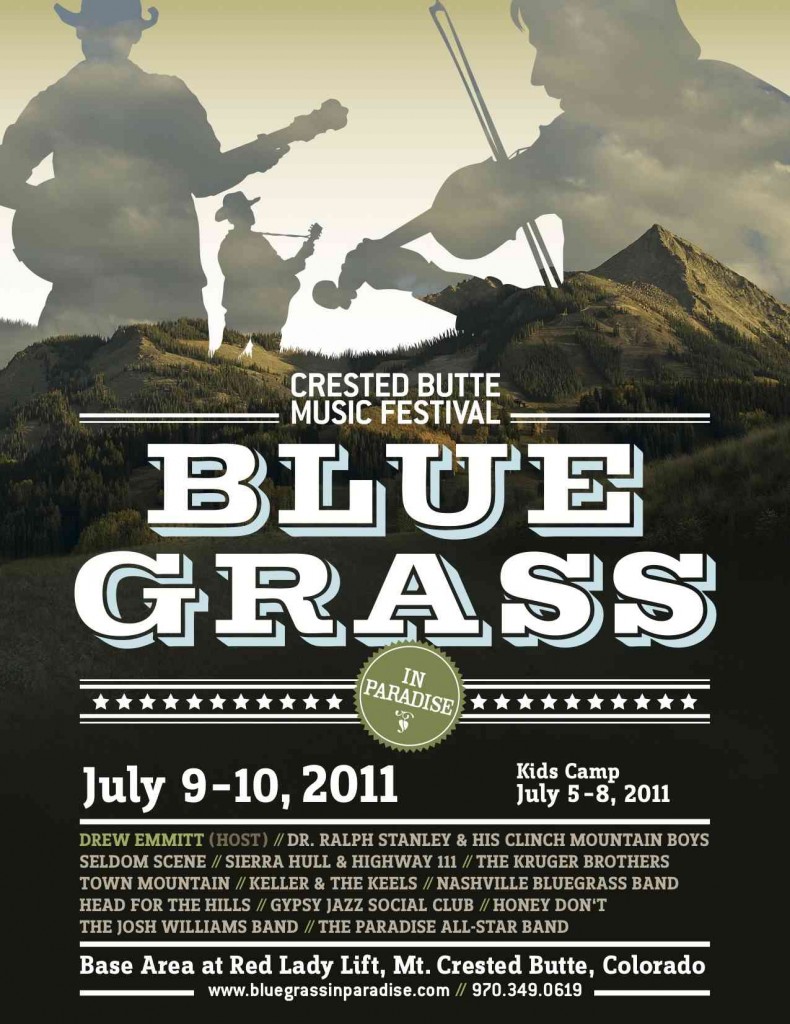 The town should be a perfect fit for this group of laid back music lovers. I had the chance to see Bearfoot Bluegrass perform at the Vilar Center in Beaver Creek and was blown away. This group of friends from Alaska sure can play some fun toe tapping Bluegrass.

Im most excited to see the Emmitt-Nershi band, a combination of Drew Emmitt from Leftover Salmon with Bill Nershi from the String Cheese Incident. These guys really play some fun music and the crowd will be dancing there toes off.

Along with the great music there is going to be bluegrass playing workshops, one in particular is being taught by the members of Bearfoot Bluegrass. This workshop is for kids, and I for one am really excited to see these great group of musicians giving back.

CRESTED BUTTE, CO – The Crested Butte Bluegrass Festival presents, Bluegrass in Paradise a bluegrass music festival taking place at the base of the Crested Butte Mountain Resort July 9th and 10th. This years lineup is strong featuring some serious bluegrass picking by the Gypsy Jazz Social Club, Head for the Hills, Town Mountain, Sierra Hull & Highway 111, Seldom Scene and headliner on Saturday Ralph Stanley & His Clinch Mountain Boys. On Sunday the following day things heat up with music from Honey Don’t, The Josh Williams Band, Nashville Bluegrass Band, Keller & The Keels, The Kruger Brothers and the highlight of the show Drew Emmitt & The Paradise All-Star Band.

Got kids, bring them along as there will be a 4-day bluegrass kids camp lead by Drew Murdza and Tyler Grant offering classes in strings, percussion, vocals and movement exposing kids to a variety of instruments and musical styles in a fun supportive atmosphere. 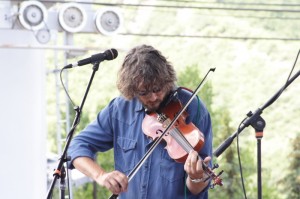 Drew Emmitt is No Stranger to Playing on the Ski Slopes Rocking During the Emu Festival in Snowmass Photo: Mike Hardaker

Bluegrass in Paradise begins daily at 12 pm, with the last band taking the stage at 7:30 pm. Come out and enjoy the amazing Crested Butte summertime weather .

The Mountain Weekly News is really excited by all the musicians featured on the lineup especially Crested Butte local and host of the festival Drew Emmitt of Leftover Salmon. Keller and The Keels who released a new album titled Grass featuring covers of classic American tunes in a unique Bluegrass style will also be performing without the use of looping devises normally associated with a Keller Williams show. This is a very unique opportunity to see Keller in an extremely laid back atmosphere. As for a historical perspective I am looking forward to seeing Ralph Stanley & His Clinch Mountain Boys, hopefully they can pound out some notes in high country at over 9,000 feet..

The highlight of the weekend however should come from the little known Paradise All-Star Band, featuring Drew Emmitt and a group of musicians from the festival. With so many talented acts to pull from it would be awesome to see a Drew jam with the likes of, Sierra Hull, Ralph Stanley, Keller Williams and the list goes on and on..

CRESTED BUTTE, CO – Bluegrass in Paradise lived up to it’s named during the first day of the Crested Butte Music Festivals 2 days of bluegrass music. Throughout the day bluegrass fans were treated to tunes from the Gypsy Jazz Social Club, Head for the Hills, Town Mountain (who we interviewed prior to the festival, check back Monday for the full scoop) Sierra Hull & Highway 111, Seldom Scene and Ralph Stanley & His Clinch Mountain Boys. The day started with sunshine and then ominous clouds rolled in with thunder and lighting bouncing of the clouds in the distance. When Ralph Stanley & His Clinch Mountain Boys took the stage headlining the first day at 7:30pm, the weather had passed and the late day Colorado sun blanked the area, views in each direction were simply paradise.

Saturday featured mostly traditional style American bluegrass. Both Town Mountain and Ralph Stanley & His Clinch Mountain Boys were decked out in suits and ties, a far cry from the hippie style of bluegrass the state of Colorado is known for. Ralph Stanley performed a solo version of amazing grace that was to quote from the song “How precious did that Grace appear” precious indeed, just having the chance to see the legend and photograph him will be something that will go down in the memory books. Anytime I meet the old time American musicians especially the country / bluegrass ones I think of my Grandfather Fred Hardaker, there something to be said about style and maturity that comes with old age. At 84 years old Dr.Ralph Stanley is certainly comfortable in his own skin..

The festival grounds were setup adjacent to the Red Lady chairlift, giving concert goers an incredible panorama of views looking out toward Whetstone Mountain, which is home to the Mountain Weekly News. The entire Crested Butte Mountain Resort was alive for the festival. Tourist were treated to music while playing miniature golf, shopping and dinning on outdoor patios. I was even able to bring Char my 11 month old dog to the village so she could listen to music and interact with people, come to think of this was her third music festival of the summer..

Sunday’s lineup should bring a younger crowd to Crested Butte for the bluegrass festival. I am really excited to see Keller and the Keels and Drew Emmitt & The Paradise All-Star Band among all the other talented musicians. Lets see what mother nature has in store for us…. 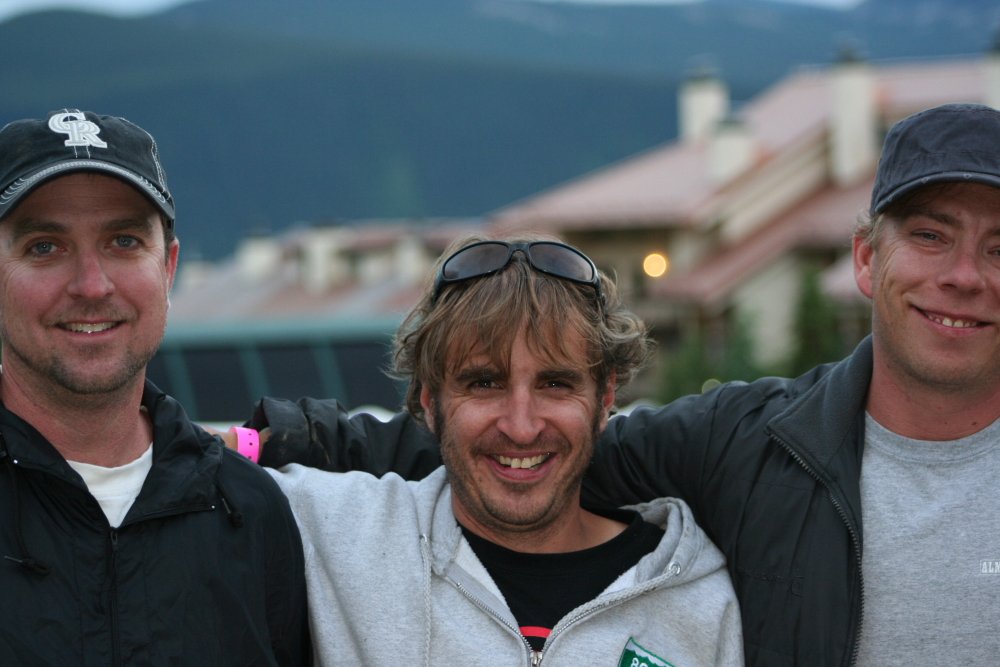 CRESTED BUTTE, CO – Crested Butte Music Festival’s fourth annual Bluegrass In Paradise is just around the corner, being held between July 1 – 7. If bought by June 7, weekend passes for ten concerts cost $90, while daily passes for July 6 and July 7 (five concerts on each day) run for $55. Kids ages 12 and under attend for free when accompanied by an adult ticket holder.

CBMF also is pleased to announce that Sam Bush as the headliner for the evening of July 6. He will also join festival host Drew Emmitt and The Paradise All-Star Band for the closing act on July 7. MilkDrive, The Gibson Brothers, Barnstar! and Nashville Bluegrass Band will play before Bush on Saturday. Bonnie and The Clydes, Head for the Hills, Mountain Heart and Larry Keel & Natural Bridge are part of Sunday’s lineup.

The best part about Bluegrass in Paradise is that you can bring your own chairs to relax in during the shows! We like the Kelty Low Down Concert Chair. Ideal for outdoor concerts venues, the Kelty Lowdown Chair allows you to kick back and relax without limiting the view of the folks sitting behind you. The integrated cup holder keeps a cold beverage within arm’s reach, and the deluxe carry sack makes for easy transport.

Vendor applications are still being accepted for the Bluegrass In Paradise concert weekend.

Space is still available for Bluegrass Kids Camp on July 1 – 5 for youths between the ages of 7 and 17. This year’s camp is led by Swallow Hill Music School, Denver’s premier music school since 1979 and the second largest folk music school in the country. The camp will run from 9:30 a.m. to 3:30 p.m. each day at Mt. Crested Butte, with a slightly different schedule on July 4. It costs $260, which includes a learning packet. All 20 scholarships for local youth have already been awarded.

CBMF and Swallow Hill also will offer free adult guitar, mandolin and violin workshops for all levels on July 7 from 11 a.m. to noon.

Be the first to comment on "Crested Butte Bluegrass in Paradise"