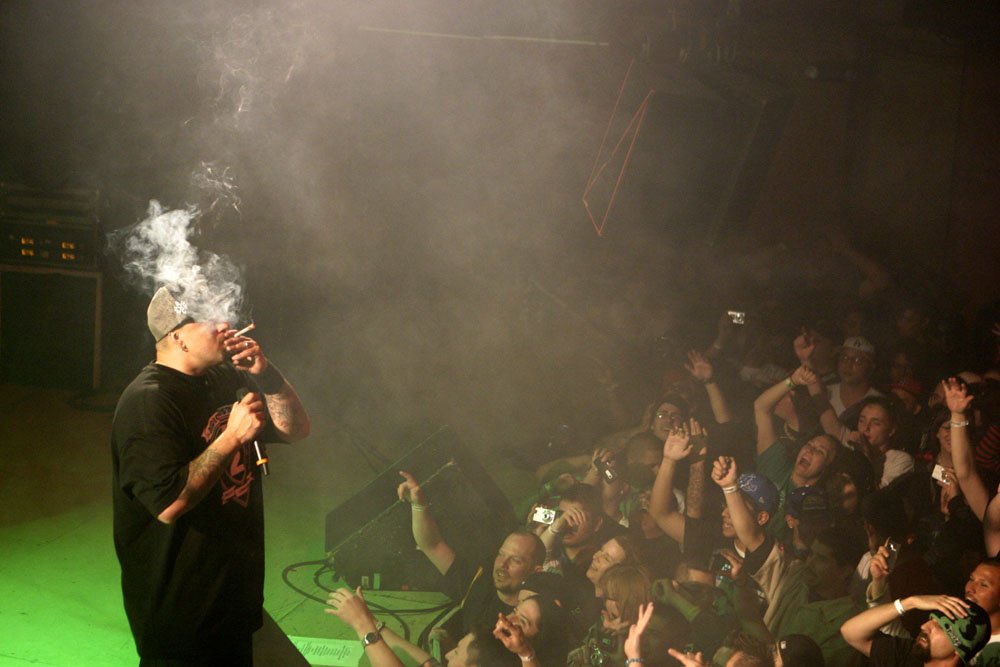 DENVER, CO – Cypress Hill rocked the Ogden Theatre with a mix of old school hip hop, Latino rap and stoner rock. The historic theatre was sold out and the crowd was on fire, both literary and figuratively. B-Real mentioned that Cypress Hill is planning on playing Denver every year as part of Colorado’s 420 celebrations. He said that this year would be the first of many that themselves and the band will be in town to play and he plans to get other great bands to come and join him in the future.

Cypress Hill puts on a great live show with lots of energy, humor and vibe. The funky grooves are easy to dance to and the lyrics will make you laugh. Many of the songs are about marijuana and its healing and euphoric effects. Needless to say the crowd was stoked on the songs and the vibe of the show. When I left my clothes smelled like a college dorm room, with a sweet Smokey scent. B-Real, Sen Dog and the rest off Cypress Hill played fan favorites such as: Stoned Is The Way Of The Walk, Psycobetabuckdown, Hand On The Pump, Hits From The Bong, Insane In The Membrane and many others. Cypress Hill was a fitting act to usher in 420, if you don’t know what 420 is, it is a holiday celebrated by those who honor and partake in all things related to pot. This holiday takes place on April 20th or 4/20. 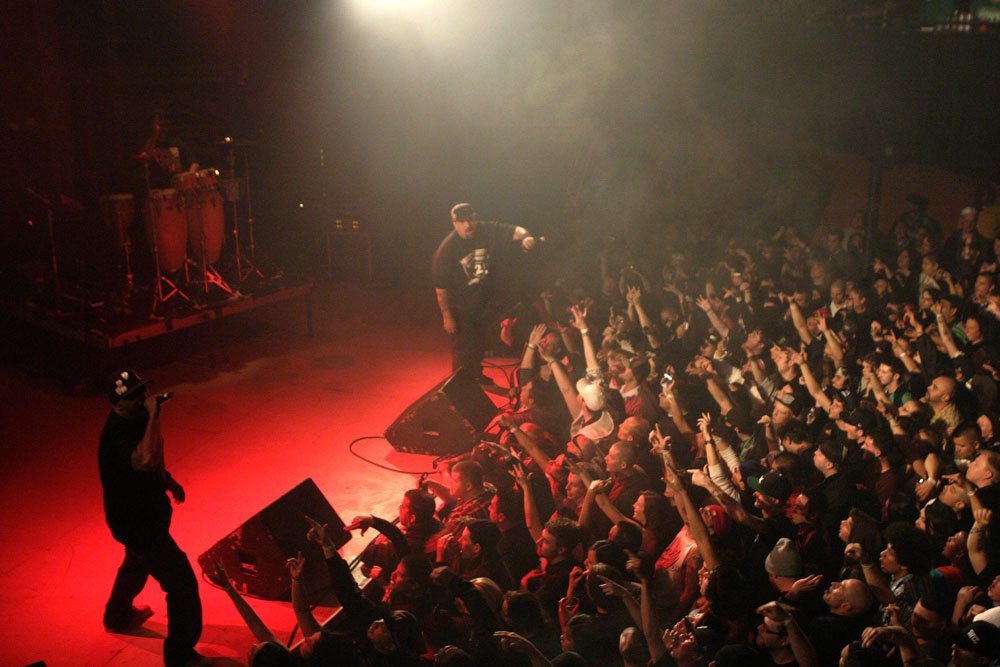 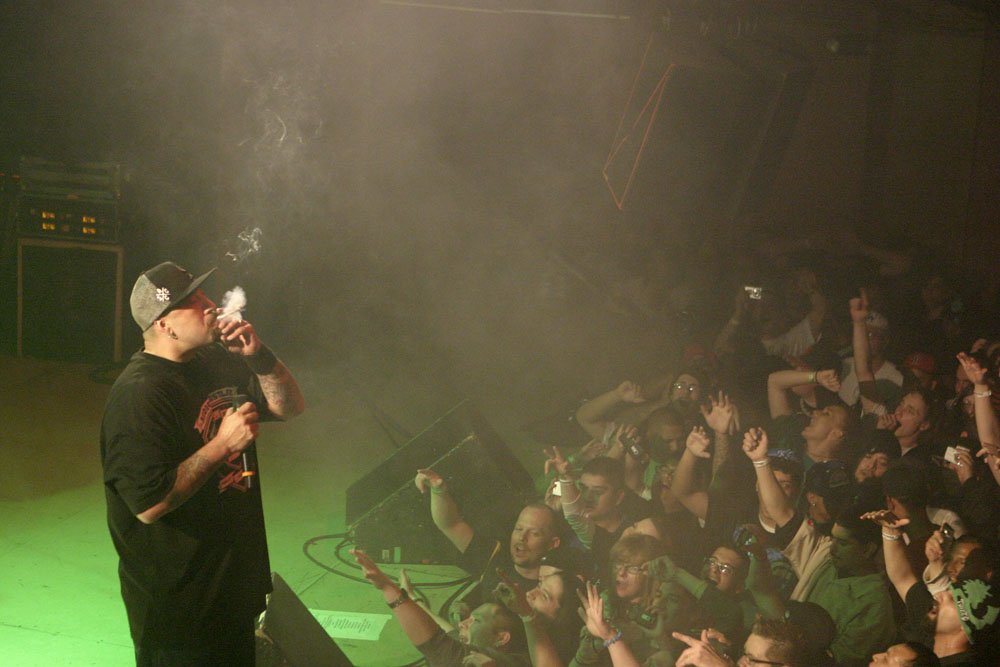 Colorado has always been a pot friendly state, but since the passing of the Medical Marijuana laws it has been one of the leading states when it comes to patients rights, care giving, growing and dispensing medicine. Having known a close family member that used medical marijuana to help comfort him while fighting cancer. It was one of the only things that comforted him while battling the side effects from the prescription drugs he was taking at the time. After seeing how marijuana helped out my cousin, I see the importance of how it is used as a medicine and pain reliever. I hope never to have to watch an other loved one suffer through the ravages of cancer or any other disease. I am glad that people in Colorado and across the country are waking up to the benefits that marijuana has for people in these conditions and it makes me feel a little more hopeful.

My Cousin lost his battle against cancer and I miss him greatly, so honor him and those like him by allowing people the right to access the medicine they need. Many counties and towns are trying to prevent this from happening, if patients are legally permitted to use marijuana we should not stand in their way. Food for thought on recent issues that will continue to be a part of this countr’s growing social and economic future. It is important to remember that the founding fathers of our country grew hemp and this allowed them to not only produce textiles, but also allowed them to have one of many viable crops so when they broke free from England they we not in economic ruin.

Do you have an opinion about Medical Marijuana? Do you or anyone you know have a similar experience ? We would love to hear about it, we feel that discussion and disagreements are part to a vital democracy and better our society and culture.