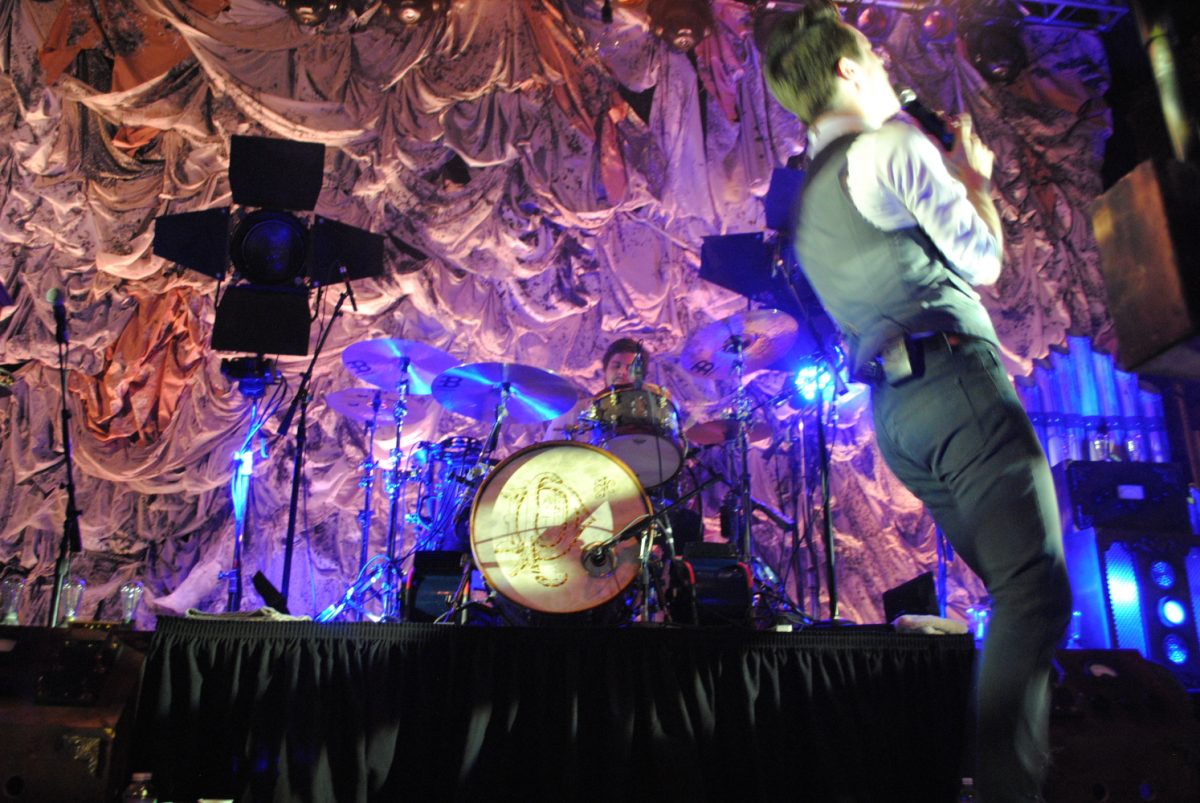 DENVER, CO – The Ogden Theater was packed on Wednesday at the sold out fun. Panic! At the Disco concert. This is the first time Panic has returned to Colorado since almost splitting up back in 2009. The entire crowd was excited and eager to hear from their favorite band and nervous to see how things would go. Would they live up to their devoted fans expectations? The answer is yes, hell yes.

Eager audience members enjoyed opening acts by Funeral Party and fun. Funeral party was the first opening act. They did their best to get the crowd amped up and perform their best on the small section of stage available to them. The remainder of the stage was full of Panic’s hidden instruments and other props that weren’t revealed until their set. Funeral party played familiar songs such as NYC and Finale. Heavy vocals and the occasional cowbell let the band throughout their strong performance. The audience seemed amused but you could tell they didn’t meet the expectations of Panic.

Fun. was the second opening act. Check out our interview with Nate [here]. The band opened up with enthusiastic lead singer Nate Ruess belting out the lyrics to songs like All the Pretty Girls, Bar Lights and At Least I’m Not Sad (As I Used to Be). Many fans of fun were confused with the constant change of band members as Jack Antonoff (from Steel Train) and Andrew Dost (from Athello) were both on separate tours. The crowd got more amped up with the performance of fun. then they did Funeral Party, but you could tell they were saving their voices and energy for the main act.

It was time for Panic! At the Disco to take the stage. Lights dimmed as fog and purple lights slowly lit up the stage, exposing the props and fancy mics and decorated drum sets. The state was set as a vintage scientific lab scene complete with large subwoofers and wooden boxes with lights and gauges. Panic opened up full force with I’m Ready to Go (Get Me Out of My Mind). Fans were also excited to welcome the bands two new members Ian Crawford and Dallon Weekes.

The energy of the band was at the highest it could be as lead singer Brendon Urie hit notes better then ever and dance across the stage. The other members of the band amused the crowd my bouncing around the stage and sliding almost in to splits while nailing a bass solo. Urie and the band told off color jokes and flirted with the crown in-between songs. When it was time to play “Lying Is The Most Fun A Girl Can Have Without Taking Her Clothes Off” Urie made jokes about the song referencing that people go to bars and have sex with strangers.

The hour long set was a mixture of top well known songs with the addition of a few new songs from their upcoming album. The crowd loved every moment of it. As the band finished their set the crowd roared into applause and continued chanting, Panic until the band re-emerged to perform their encore. Urie came back on stage smoking a cigarette and the band did a cover of Carry on My Wayward Son. Again, the bands energy was at full force getting on the ground and bouncing around the stage. The band finished up with a quick picture of the audience and played their final song of the night “Nearly Witches (Ever Since We Met…).

This was by far one of the best performances Panic has done in Denver. Gaining two new band members was just what they needed. The energy and vibe was out of this world and left their fans craving more and anxiously awaiting their new album. 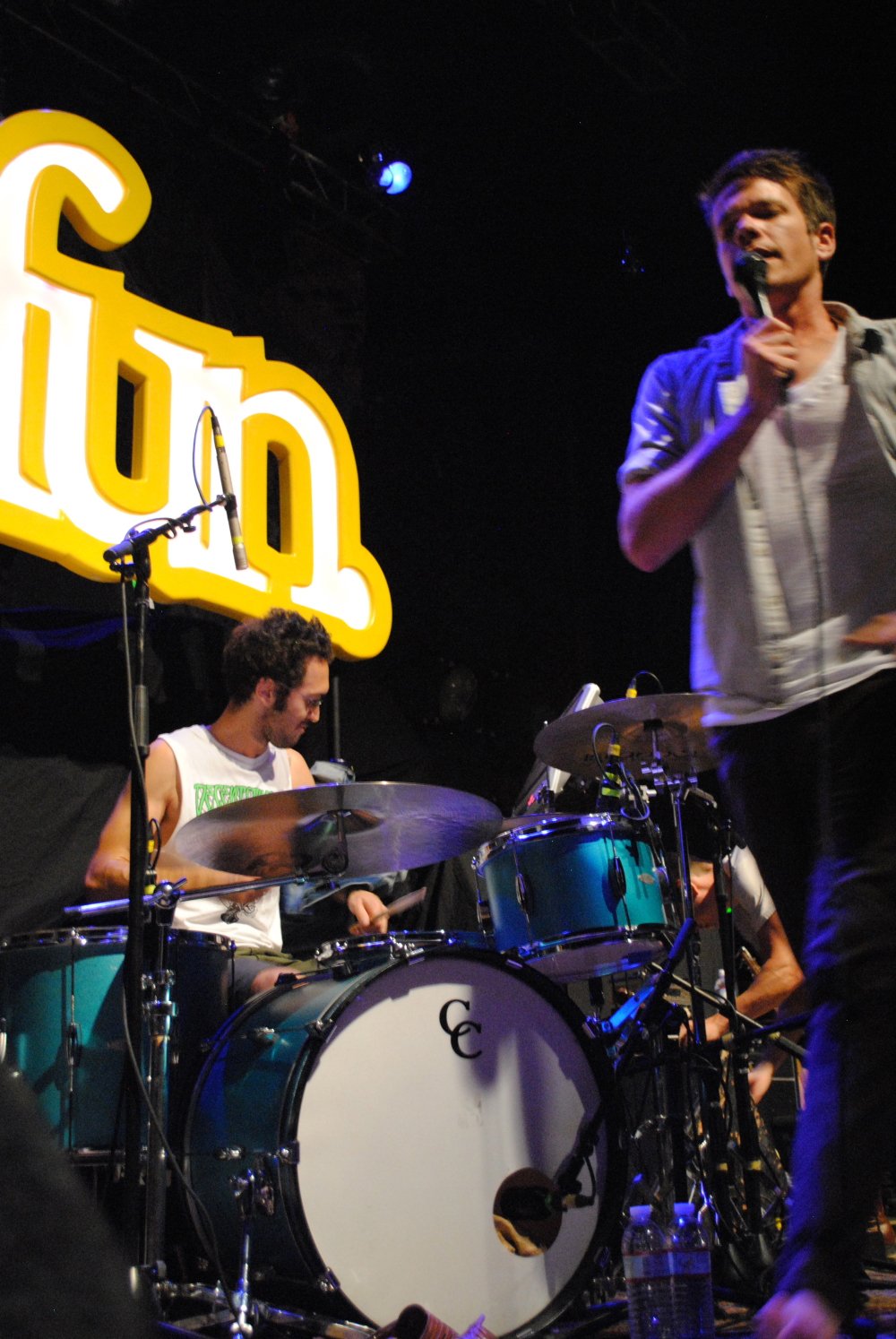 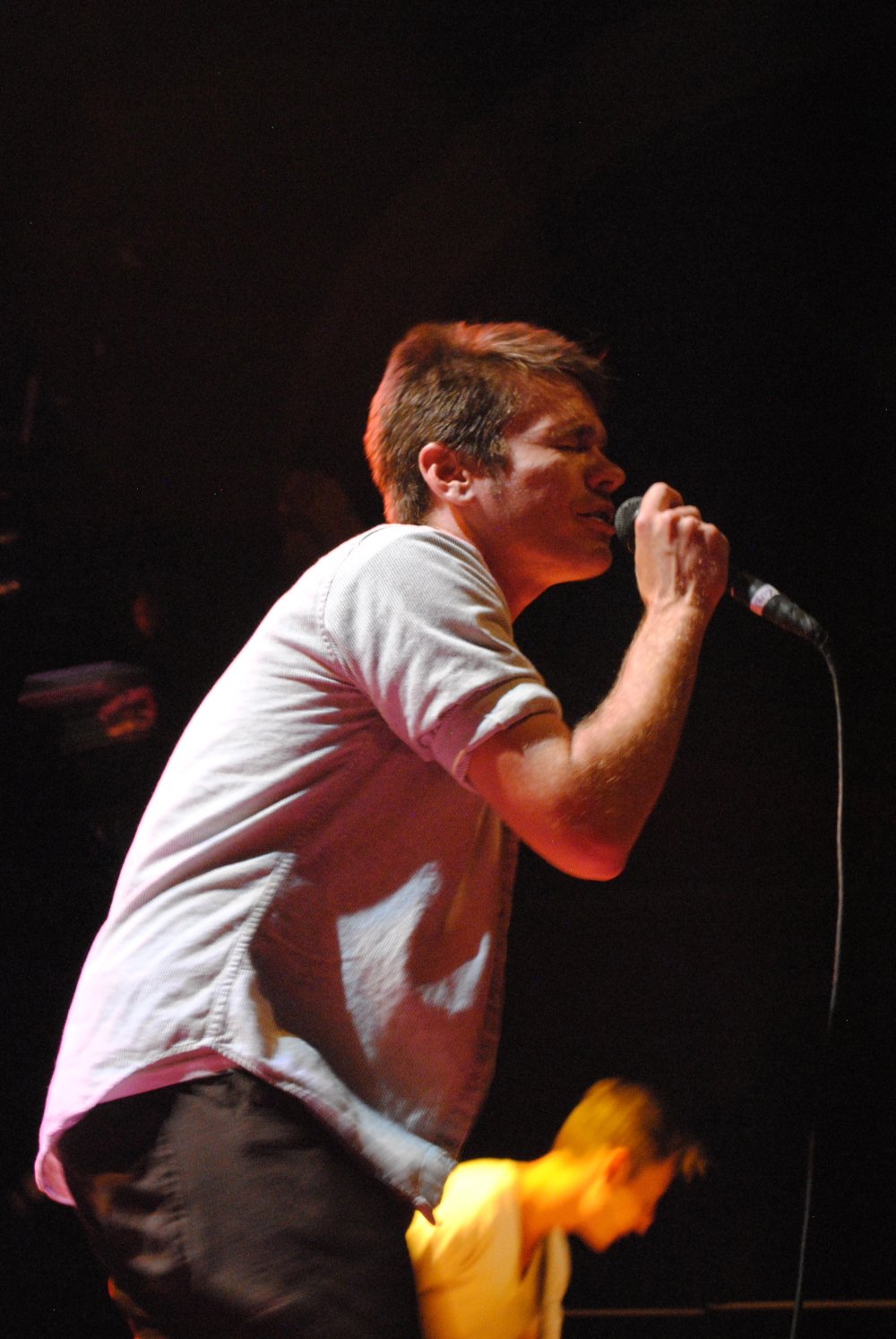 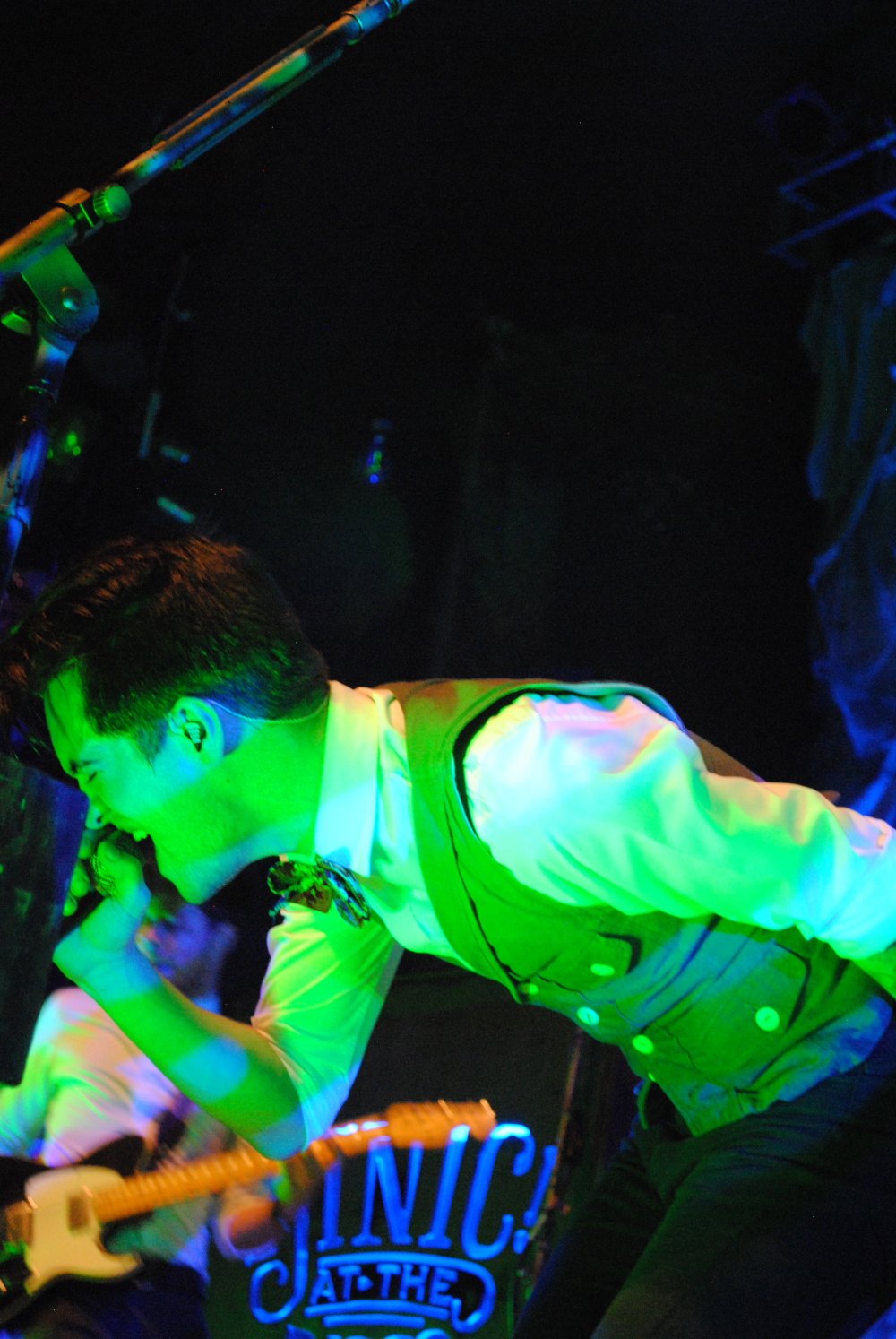 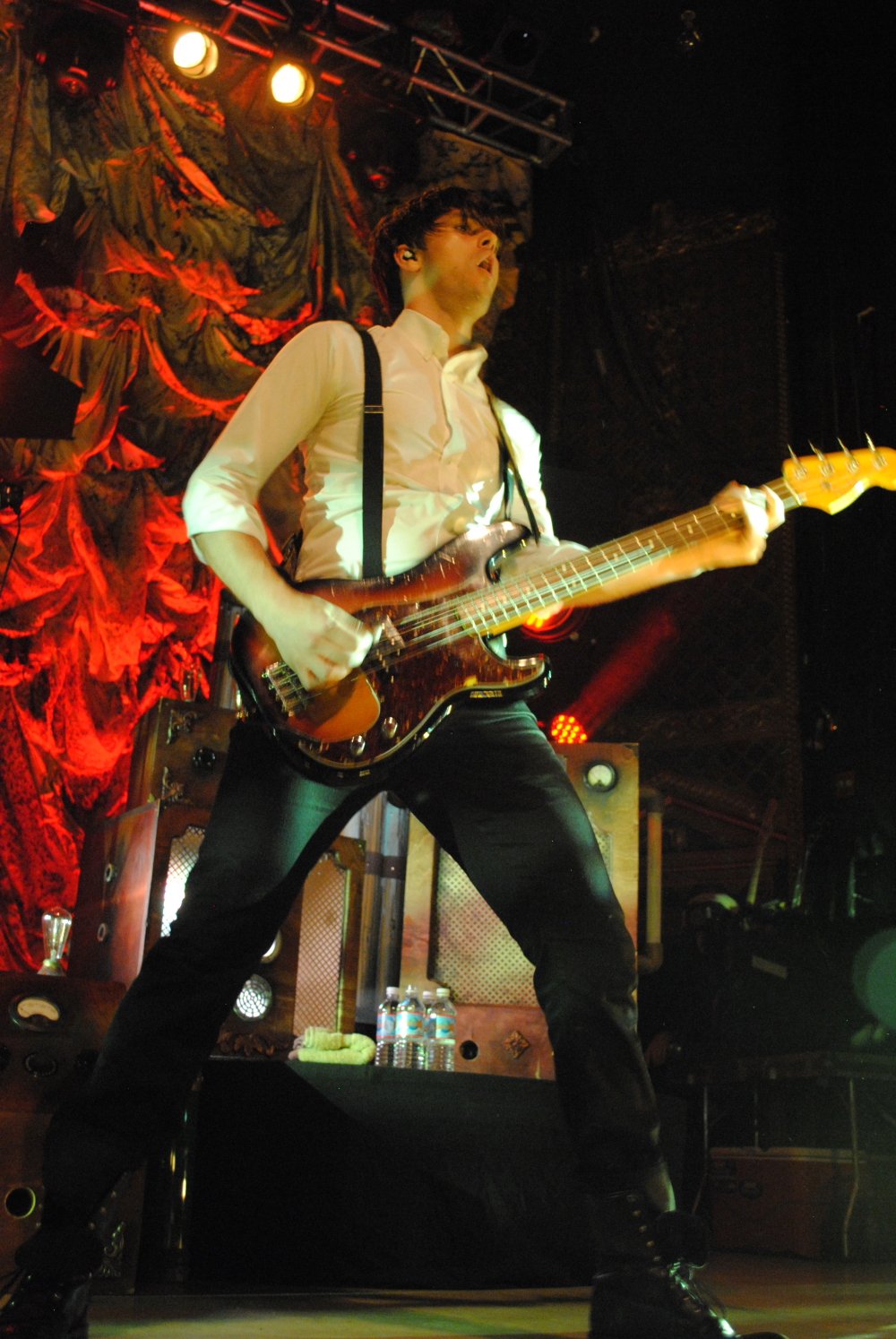 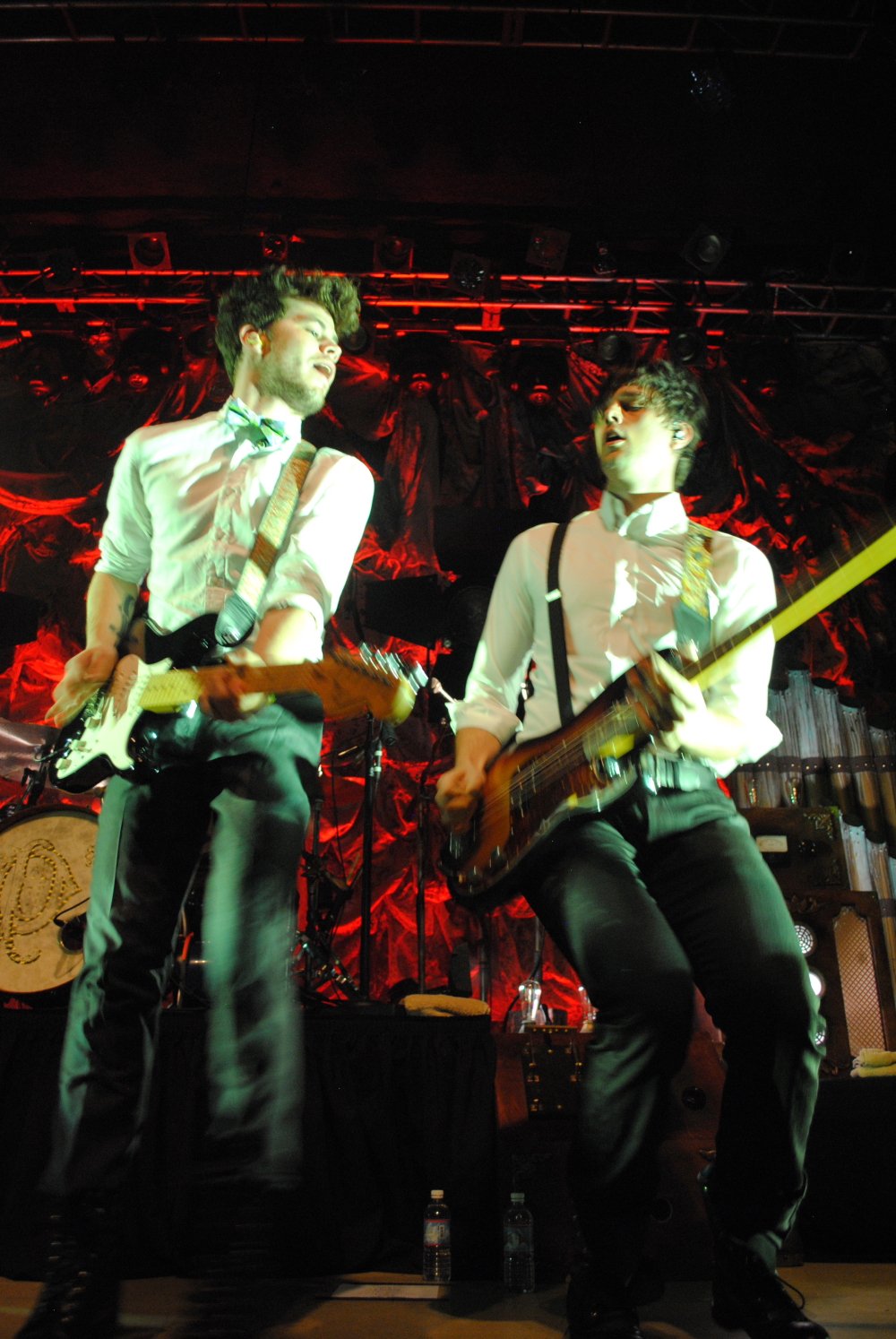 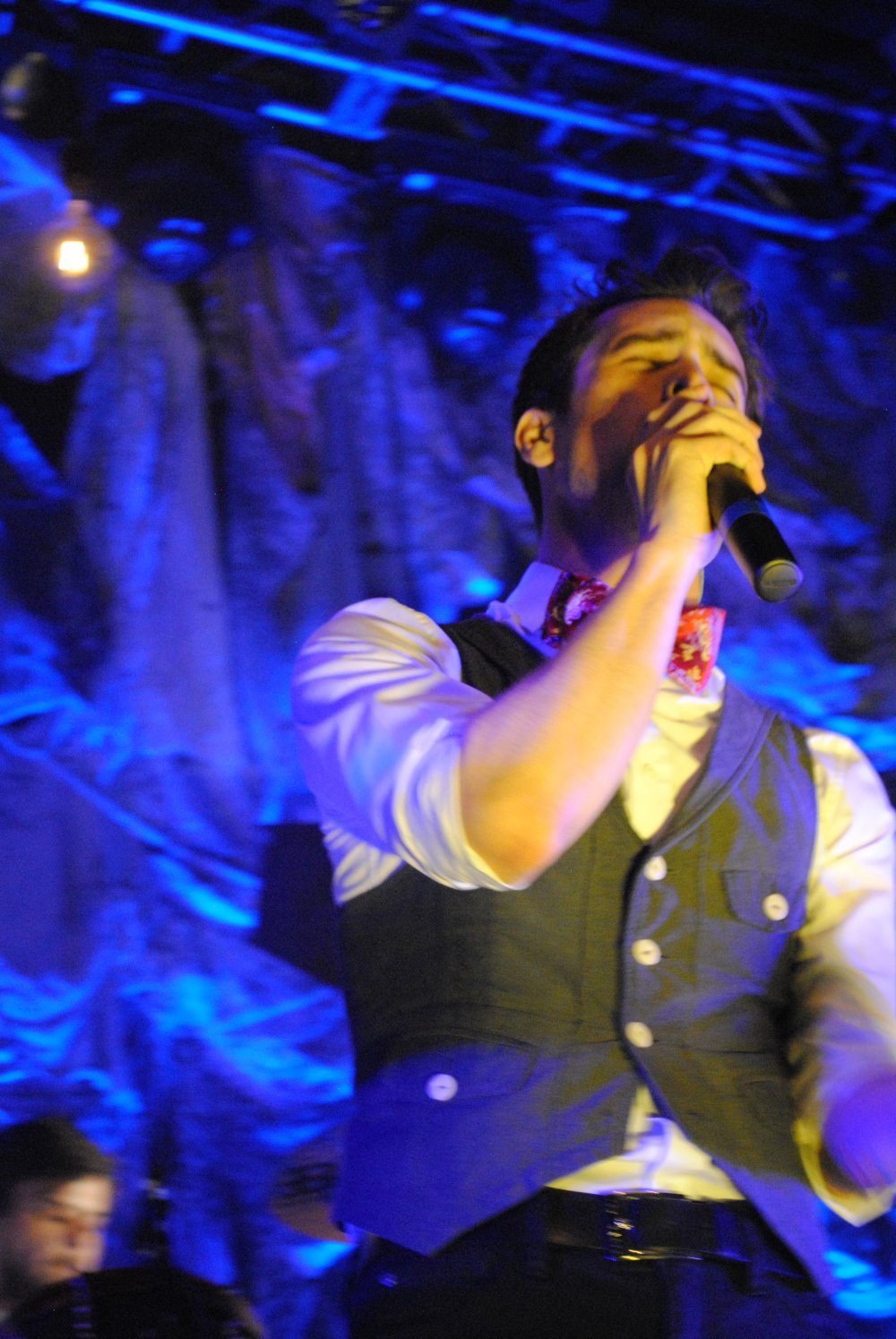 Be the first to comment on "Fun. and Panic! At the Disco Rock The Ogden Theater"