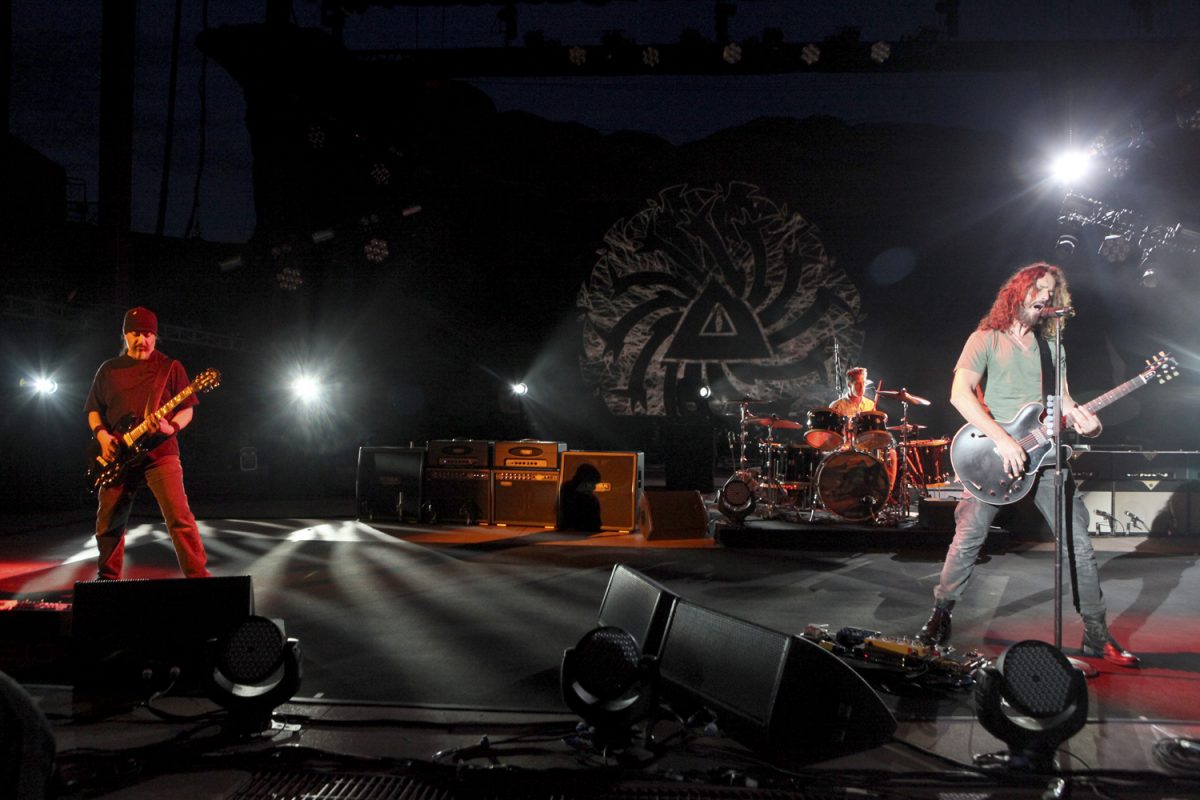 MORRISON, CO – If you were around in the 90’s, there was an interesting thing that happened in the music world. Bands started playing real rock and spent less time putting Aquanet in their hair. The Seattle music scene played a huge part in rock’s awaking in the 90’s with band like Soundgarden, Nirvana, Pearl Jam, and Alice in Chains. However it was Soundgarden that recently got back together and is currently on tour playing to a sold out crowd at Red Rocks this past week, and man did they rock it.

Soundgarden fans have been waiting years for the band to reunite and went crazy when the busted into the hit song Spoonman to a packed Red Rocks crowd. Frontman for the band Chris Cornell fittingly had outstretched arms during the song Jesus Christ Pose, be sure to check out the photos below. After a few songs he said to the crowd “It’s Trippy it(the sound) bounces of this wall off that one and back to stage” wow, this place is cool. Before busting into the track Fell on Black Days. The crowd also enjoyed Outshined and was lucky enough to hear, Nothing to say a rarity live and in person off the bands first SUB-POP records EP. Soundgarden kept the old school tunes alive by playing older material including Rusty Cage which some of the crowd wasn’t familiar with but seemed to enjoy.

Soundgarden did it right by projecting images on the rock behind the stage. More efficient and cool that using a projection screen, which can get sketchy on a windy night at Red Rocks. My favorite moment of the night was when Chris Cornell said, “It’s been said before, this is a beautiful place. We’ve played here before; maybe it was lost on me. This is fucking amazing.” Well said, glad it wasn’t lost on him this time around…

The showed ended with drummer Matt Cameron and Cornell walking off the stage, while guitarist Kim Thayil and the bass player Ben Shepherd played feedback into their amps for about five minuets. Then Thayil walked over to Shepherd patted him on the shoulder, to which Shepherd looked at the crowd and tossed his bass guitar up into the air sending it crashing down into the drum set. The lights faded and the show was over. (Editors Note: Now that’s how you walk of stage!!!)

Soundgarden played a great old school show without gimmicks featuring good rock music just like back in the day. I saw them years ago on Lollapalooza before I was a jaded scumbag music photographer, however this was my first time getting to shoot photos of the band and they did not disappoint. Check out the full set list below. 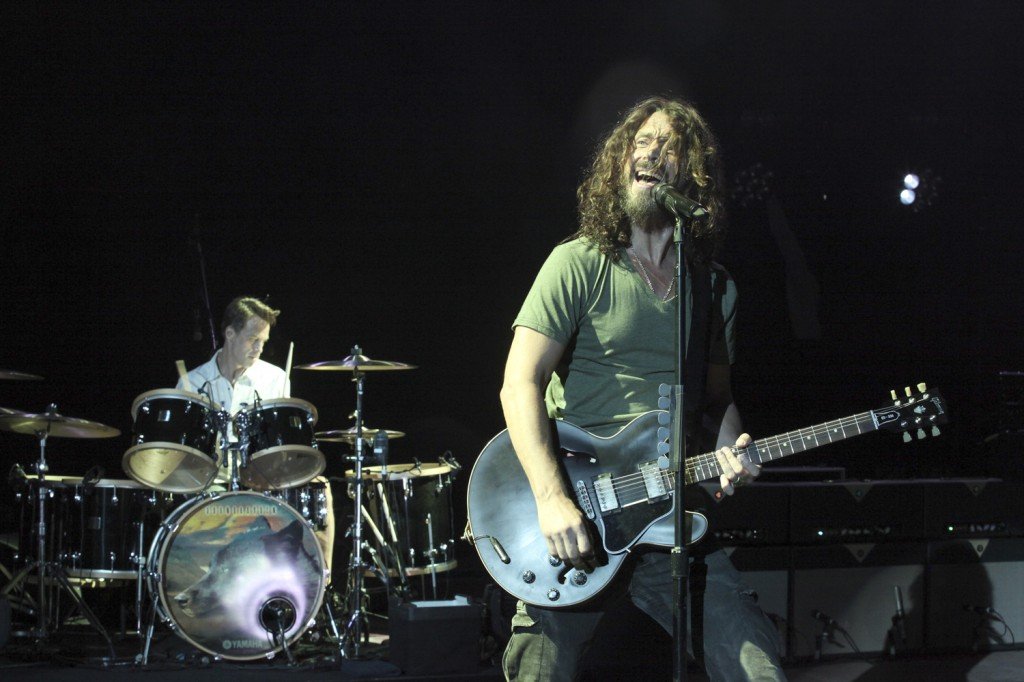 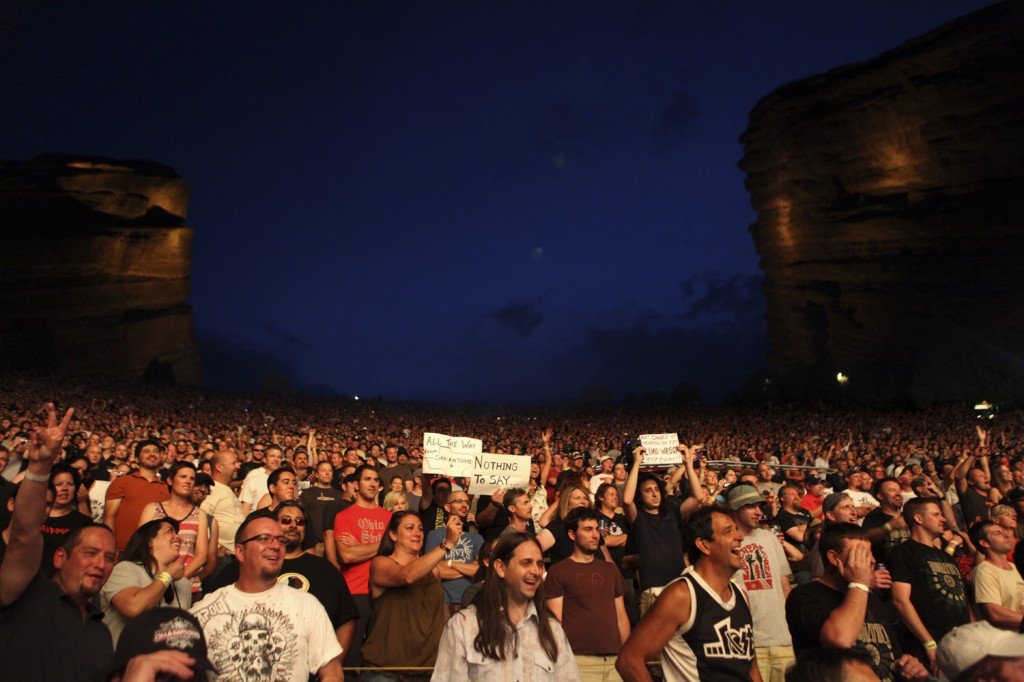 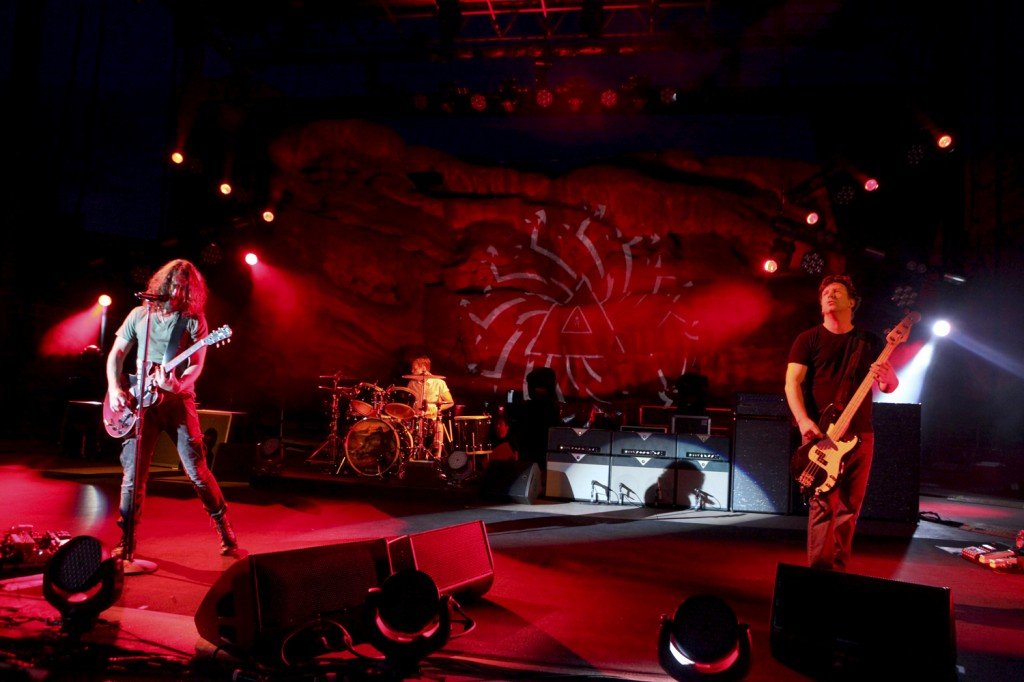 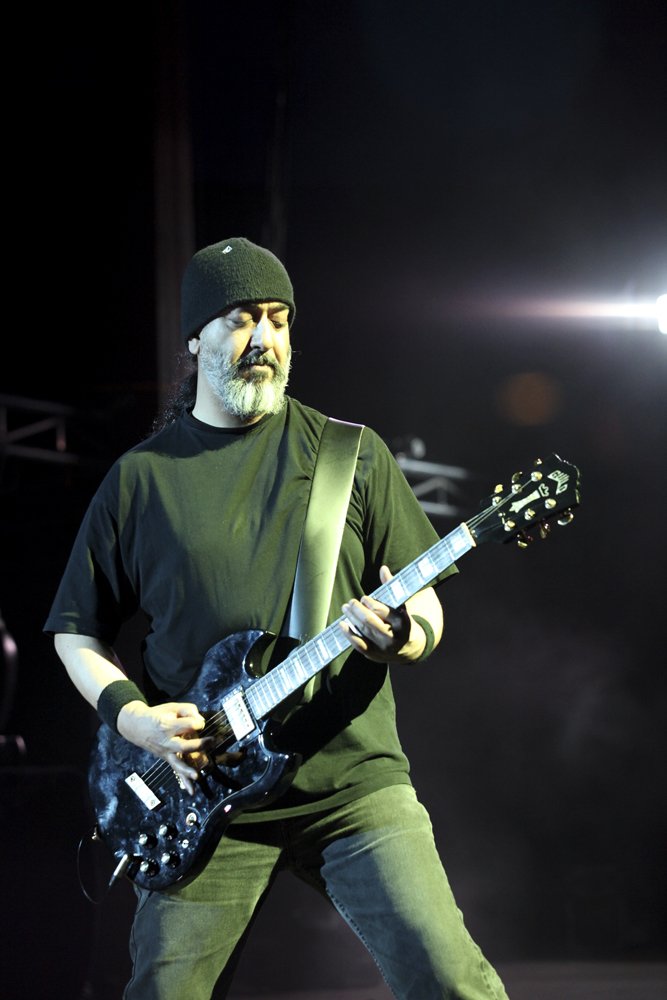 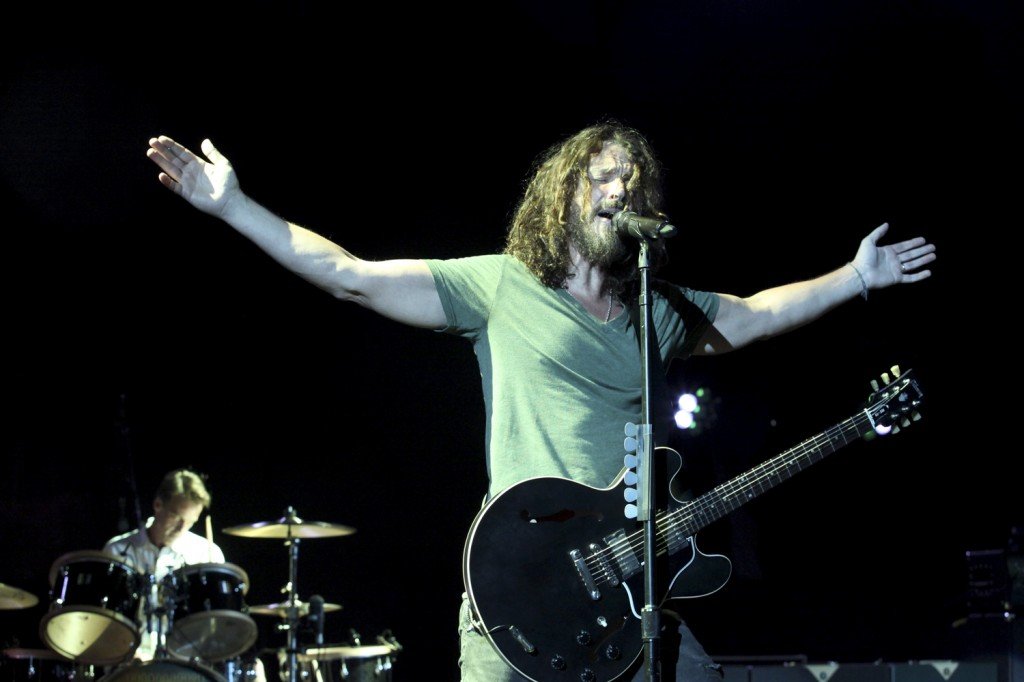 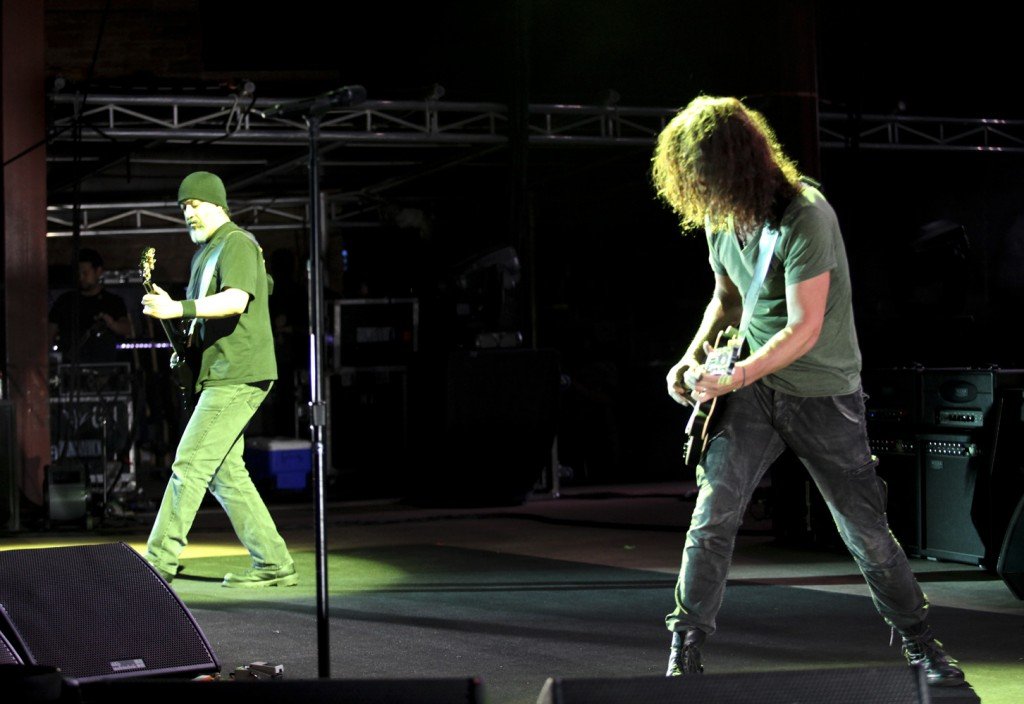 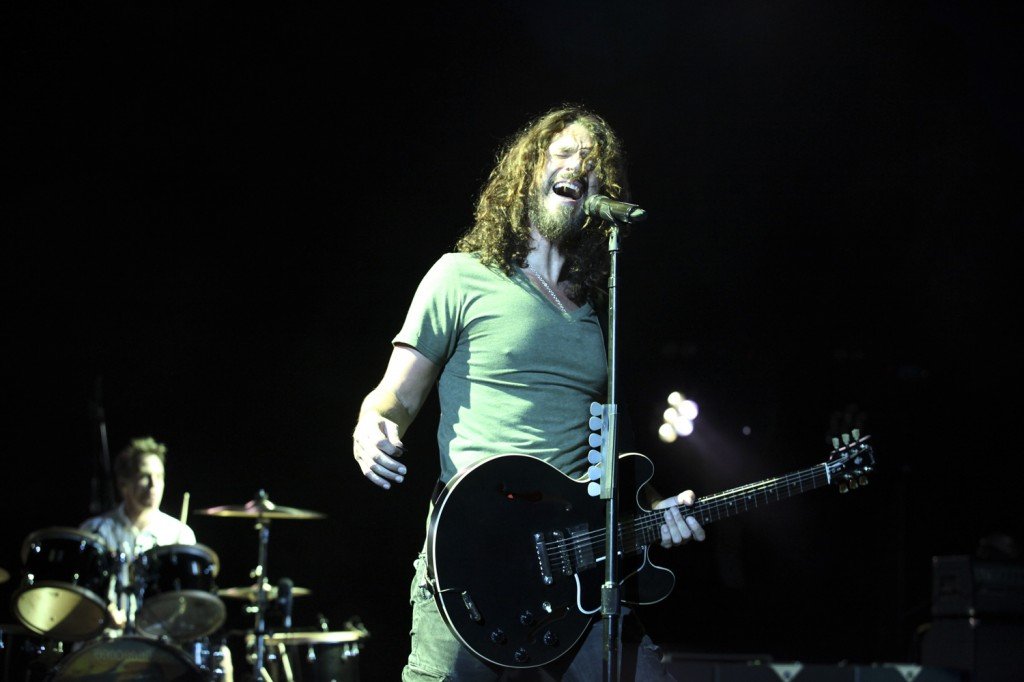 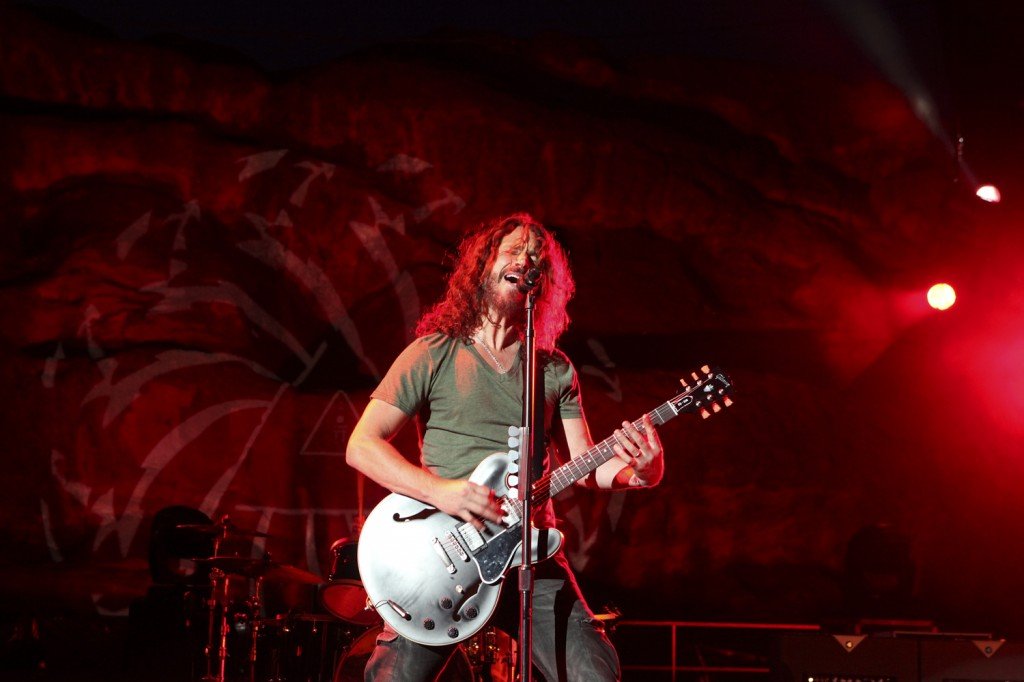 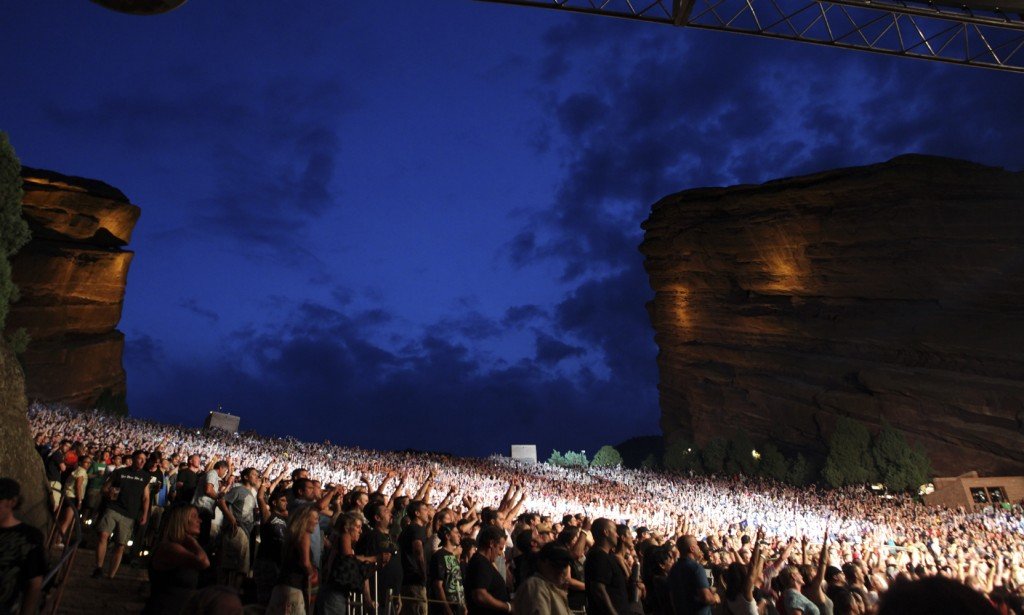 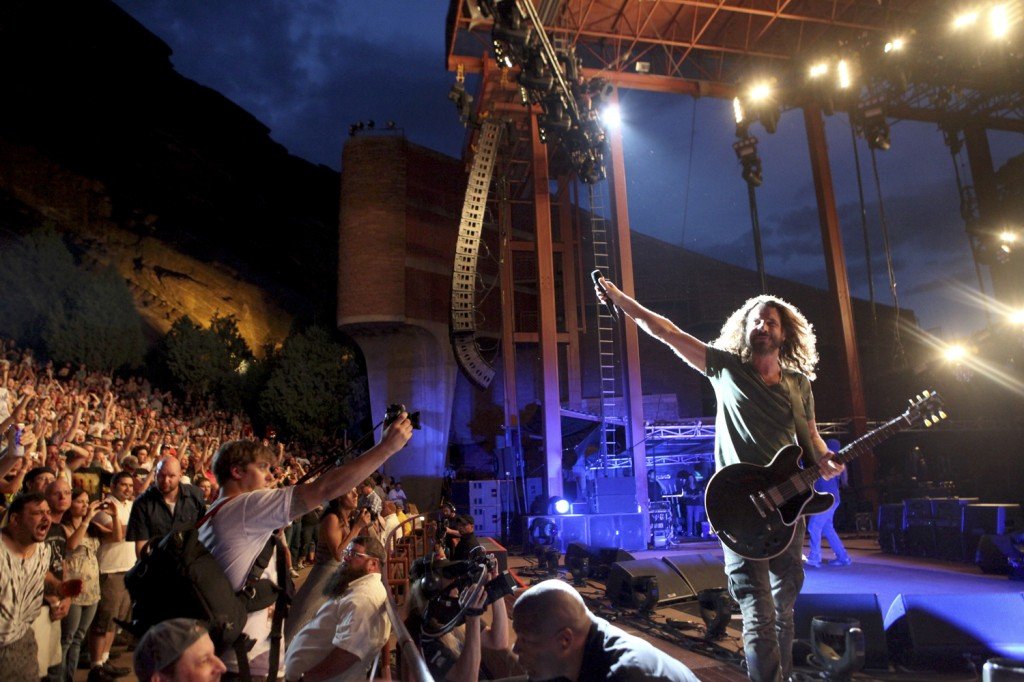 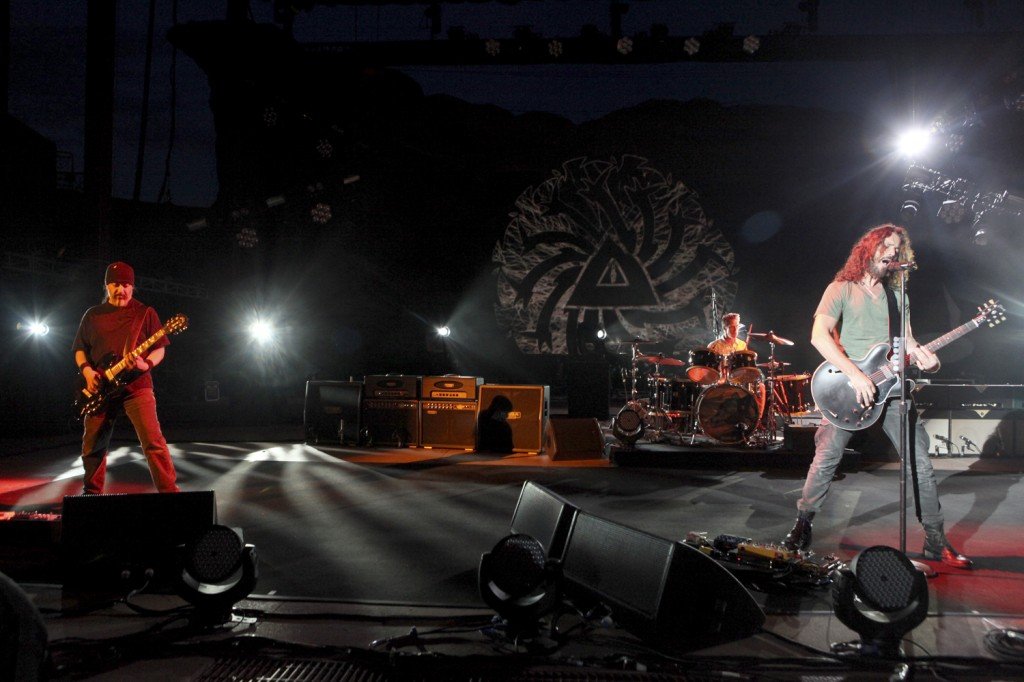 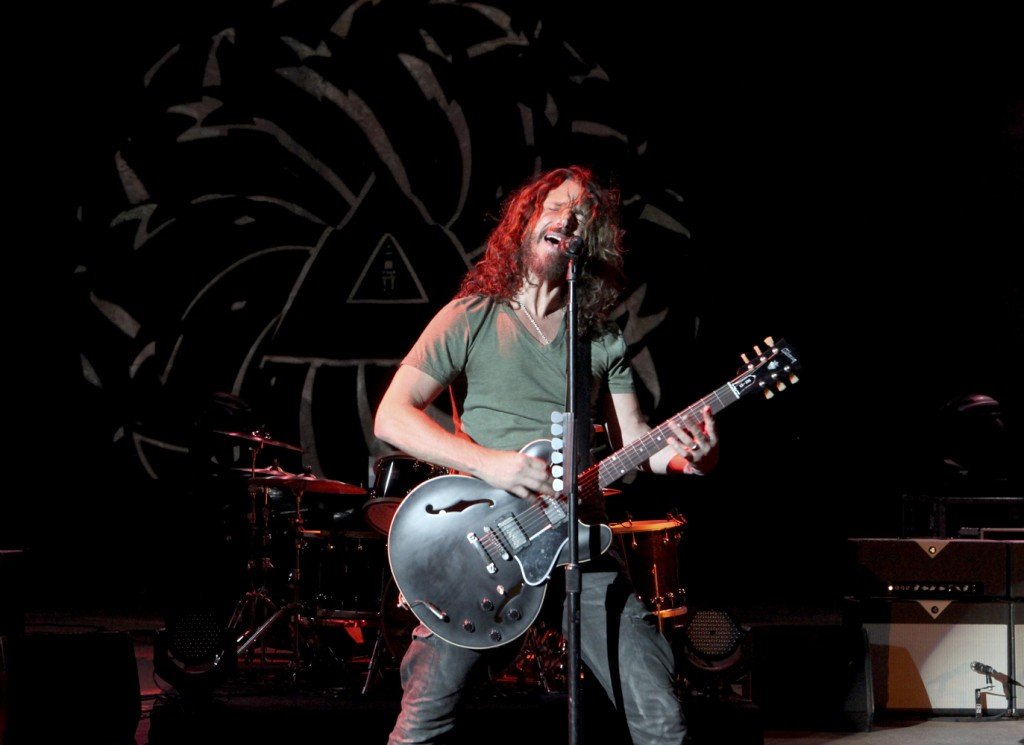 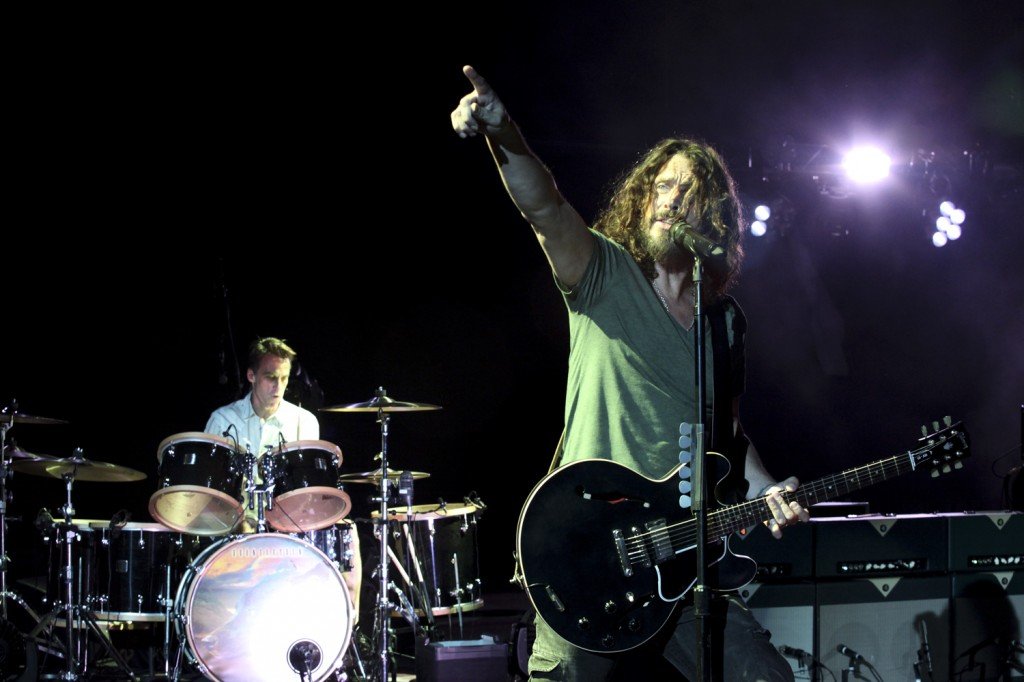 Be the first to comment on "Soundgarden, The Gods of Grunge Red Rocks Photos"