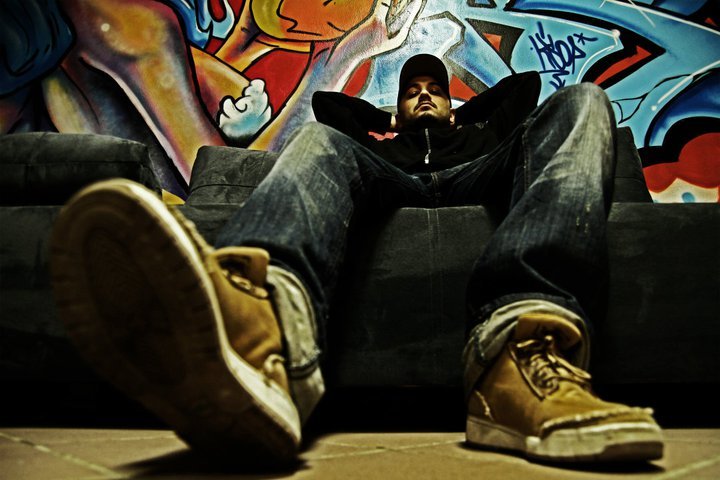 Gramatik, recently played a concert at Red Rocks Amphitheatre along side Pretty Lights. I had a chance to interview him about playing the legendary venue, his recent CD and what he’s currently up to.

MWN: Tell me about playing Red Rocks.
Oh man Red Rocks is the best venue on the planet I’ve ever played and the energy and atmosphere is amazing and opening for Pretty Lights makes it cooler. It’s one of those nights you’ll remember forever.

MWN: You had a guest musician with you, is that something do often, or plan to in the future?
My friend has been playing guitar with me over the last year and I’m looking forward to it in the future, it gives it a live element and the guitar is my favorite electric instrument to mix into my sound. I am looking into mixing into the new Moog Guitar, it sounds like a guitar with a synth sound as well.

Where are you from originally?
Central Europe, Slovenia between Austria and Italy.

MWN: How did you get hooked up with Pretty Lights Music?
I started hanging with Derek in 2009, on his huge fall tour and we saw that we had a similar vision about music, he was talking about starting a label and next thing you know it was happening.

MWN: What festivals have you played in the last year or are looking forward to playing in the near future?
I’m looking forward to the Electric Zoo, that will be my biggest so far, Sonic Bloom was really cool, festivals are a awesome experience when the production in done in a professional way. Electric Zoo is one I’ve been excited about for a while.

MWN: What are some of you favorite, DJ’s, bands or musicians currently?
I listen to lots of different music on a daily basis, Black Keys, Wax Attack, and Kasabian are bands I really like. I’m also a huge fan of the Daily Show with John Stewart and the brilliance of his comedy inspires me and makes me want to do the same with music.

MWN: Have you been working on new material lately, or any projects in the works?
G:I just finished a remix for Red Rocks; it is going to be released in about a week Princess of the Universe by Queen. I am also releasing a new CD in the near future called Never Been the Quite Type on Pretty Lights Music; It is a mix of glitch hop, dubstep and hip hop.

Have you heard the new #digitalfreedom album?

MWN: How did you get into music, at what point did you know you were going to make it a career?
I got into music at an early age, I was taking piano classes in 2nd grade, and we started a band in 4th grade. I was an Emcee first and I started producing in 8th grade, my first album was on Beatport in 2008. I always wanted to be a part of music, but didn’t know I would be able to make it happen. It turned out to be easier than I thought. I knew if I got good enough somebody would notice, I so am happy that it all worked out.

MWN: What was the first concert you went to?
At a young age I was impressed by DJ’s performing at a rave or tech house shows. I was really impressed and we have a huge rave club in the town I grew up in. Ritchie Hawtin and big DJ’s were playing there, I remember seeing a guy play with new arrangements in a live way, doing his own stuff and not remixing others music. That is when I way inspired to do the same play electronic music, but do it live not pre-mixed.

MWN: What do you do for fun outside of music?
Mostly I am really interested in Comedy; stand up comedy, Colbert Report, HBO, and good TV, Mad Men, Breaking Bad. I am interested in the movie industry as well; I’d like to be an actor, if I wasn’t a musician. I liked acting in high school and have friends that are; I have talked with them about making a movie together, time permitting.

MWN: Where has music taken you that you never thought it would?
G:I don’t know if it took me any place I hadn’t imagined, I’m stoked it is happing to me. There are probably people out there that are better than me that are struggling, and I feel lucky to know that people enjoy the music that I make. I only make music that I love and that I am proud of and is my own style. If I give someone something that makes others happy it is the best feeling a human can experience.

MWN: Any issues or causes that are close to your heart currently?
I would like to stress that people that are trying to make art and business, find a balance that doesn’t affect either in a negative way. It’s important to have the prefect balance to make it a successful package, nothing comes without hard work. Even the most talented need to put in hard work and find the balance between art and business.