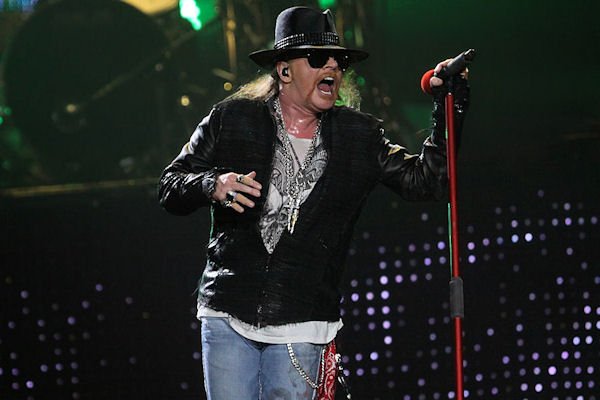 BROOMFIELD, CO – For the First time in more than 5 years, Guns N’ Roses has embarked on a full fledged U.S tour that has been captivating audience members since late October and on December 11, Axl Rose a crew blew the roof off of the 1st Bank Center. Just a few days prior, the outfit once labeled the most dangerous band in the world had secured their spot into the Rock and Roll Hall of Fame, nearly 25 years since their ground breaking debut, Appetite for Destruction was released.

Shortly after 11:00 P.M, guitarist DJ Ashba took to the stage and played the opening riff to the bands 2008 release Chinese Democracy while a blanket of fire rained down and the rest of the night would be one fans would not forget. Guns N’ Roses played a blistering 3 hour set with everything spanning from the bands entire career and then some with covers and instrumental jams.

Axl’s vocals had a razor sharp quality to them and proves to have more control than ever. The legendary front man was in full fashion and unstoppable with his charismatic stage performance and top showmanship. The band has proved to be seasoned and talented musicians. The current version of GNR is a tight nit eight piece band that pulls out all of the punches with no stops. While Axl Rose is the only sole original member, the musicians could not have been better handpicked.

Dazzling pyro and sound quality to match, Guns put on an A+++ show with nothing left to be desired. Out of the 70 some odd shows I have been to this year, Guns N’ Roses has been the highlight.

Be the first to comment on "Guns N’ Roses Denver Concert"