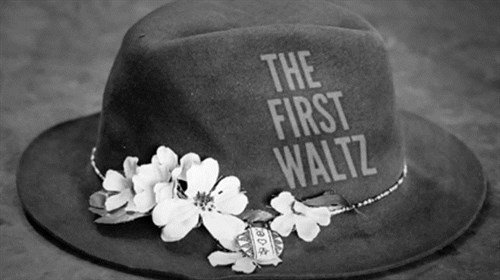 Are you looking for your next favorite super group? We found them, introducing the Hard Working Americans. You’ll love their music if you grew up on Rock and Rock in the 70’s and 80’s or were a fan of old school bluesy Grateful Dead jams, Little Feat or The Band. The name of the Hard Working Americans Rockumentary “First Waltz” plays tribute to the infamous film the “The Last Waltz” by The Band.

The Hard Working Americans just released their first DVD “The First Waltz”. These guys are all extremely talented and when you see them play you would think they have been together for years. Did I mention the film was directed by Justin Kreutzmann, son of Grateful Dead Drummer Bill Kreutzmann.

Within the first few minutes it takes you back to those nostalgic moments that anyone who grew up in Colorado, waiting in line to see a concert at the Boulder Theater. It seems appropriate that The Hard Working Americans came to be from the floods in Colorado to being the next super group that all your friends will be talking about for the next couple of years.

From Boulder, Colorado that DVD takes us to Todd Snider’s hometown of Nashville, TN, and gives us a little insight into Todd’s musical vision and ideas behind The Hard Working Americans. Back to The Boulder Theater for more Live Music, then we are taken into the studio where that are recording and jamming and hashing out the songs in the studio.

The First Waltz flows seamlessly between Live Music and storytelling and funny experiences on the way of making the next super group.

Check out this video from the Ogden Theatre, in Denver, Colorado with Jason Isbell

Here is a little about them. The Hard Working Americans are Todd Snider of the Ugly Americans, Dave Schools from a little band called Widespread Panic, Neal Casal who plays with Chris and Rich Robinson’s Brotherhood, Chad Staehley of Great American Taxi, and Duane Trucks.

The Hard Working Americans got together to play at the Boulder Theater to raise money for a Colorado Flood Relief Benefit in December of 2013. Being the talented group of guys that they are they blew everyone away at the event, shortly after they did a US Tour. Then off to San Rafael, CA to work in Bob Weir’s studio to cut an album of cover songs, by musicians ranging from Randy Newman to Gillian Welch. (track listing below)