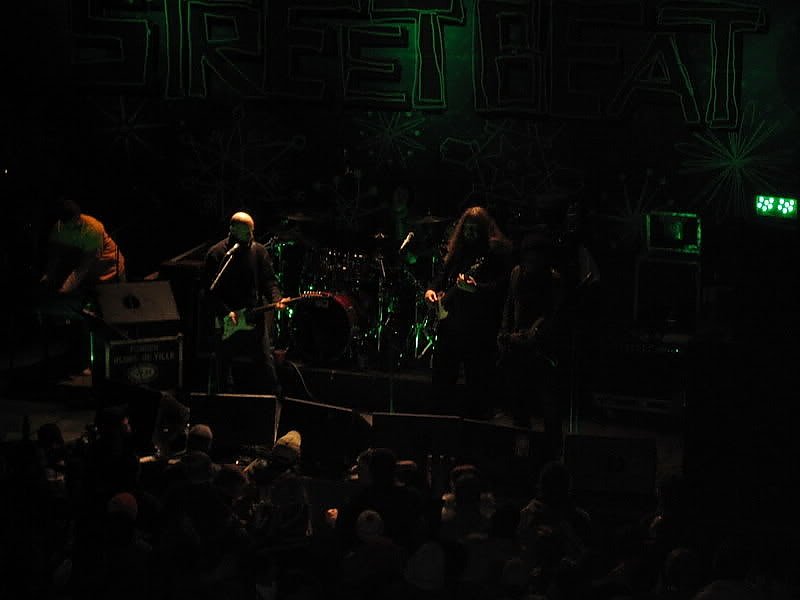 I had the pleasure of chatting with singer-songwriter Jerry Joseph a man responsible for so much of the music I love. We talked about his upcoming 50th birthday, the music industry, Widespread Panic and his personal life. Be sure to catch Jerry the next time he is playing in a town near you!

MWN: You’re celebrating your 50th birthday with shows in Nicaragua, how did that come to be.
Jerry Joseph: (Laughing) My friends put it together, the Jackmormons have been trying to do more 3 days runs like NY in Costa Rica. A number of things, Playa Santana is a cool town, so we want to hang, and its at a surf camp that was booked by my friends.

MWN: I looked at the site for the Surf Sanctuary and it looks like my kind of place. Can we expect to see you out in the water surfing?
Jerry Joseph: I am a terrible surfer, I just jumped in the water in La Jolla, I’m wet and in my bathing suit. I could never paddle out here I would get my ass kicked. I might surf in Nicaragua, I have surfed there before.

MWN: I was just listening to a Little Women show from the Boulder Theater in 1990. Do you still talk with those guys and is there any chance of a reunion show or are you staying busy with Stockholm Syndrome and the Jackmorman’s?
Jerry Joseph: It’s been rearing its head for the summer of 2012. It will be the 30th anniversary of our first show. Getting the original members together might involve going through dumpsters. Fortune treated everyone different but I would like to cut a reggae album with the band.

MWN: On the topic of reggae I always liked the reggae feel of your song Chainsaw City. Who is your favorite reggae group?
Jerry Joseph: Well I am a month and a half late on writing my 20 Top Records of 2010. I am going to share it on twitter and via the blog. I like Roots Manuva vs Wrong Tom’s album Duppy Writer. I don’t listen to tons of reggae now, I do like the older African stuff who’s named I can’t pronounce. I like Burning Spear, I have mixed relationship with reggae after Little Women.

MWN: How did you link up with the guys from Widespread Panic?
Jerry Joseph: We played shows together in the ’80s, (Little Women) every-ones opinion is different on exactly when. There was a death in the Widespread Panic family today, a long term crew guy and good friend of mine.

MWN: We’re really sorry to hear about Garrie, he was a friend of ours as well. How has Widespread Panic covering your material affected your career?
Jerry Joseph: (Laughs) It has helped me to be more high profile, I wish I could say that I am driving an Audi Coop for the sales of North but that’s not the case. Allot of people know me solely from Widespread Panic, and a lot of those people hate my guts because of the band. I have been in Facebook banter with some fans from Mississippi getting into sh*t about a clan member they want to have on their license plates. What if Widespread Panic didn’t play in Mississippi until they took the stars off the flag, its like war.

MWN: JB (John Bell/Widespread Panic) changes your lyrics in the song Climb to Safety, what’s up with that?
Jerry Joseph: JB plays by his own set of rules. I encourage him, a lot of songs people don’t know I even wrote the lyrics like Second Skin. I change (Bob) Dylan lyrics so whatever makes you comfortable. JB won’t sing about sex, god, politics or drugs. Those are the four things I really know. If people like the gay junkie version better, that’s great.

MWN: How was Jamcruise, I head Stockholm Syndrome didn’t take the stage until 2:00 am
Jerry Joseph: There was a lot of super wasted people. We played great it was a cool opportunity, we owned it. We were much heavier than the other music on the boat. I don’t see Stockholm Syndrome as a backdrop for someone’s party. The point is to pay attention, we’re not a dance band. Even at Panic shows nowadays most people are just talking.

MWN: Did you ever have the chance to jam with Kurt Cobain while living in the Pacific Northwest?
Jerry Joseph: I saw Nirvana with 20 people never got a chance to jam but chatted with Kurt for 5 minutes here and there. He would have hated my band Little Women. But a lot of the bands and people in that scene gave us love.

MWN: What are your thoughts on Phish as musicians?
Jerry Joseph: They can play, that’s about all I can say

MWN: This question is sort of personal, free not to answer. You have a lyric in Pure Life that says “Taste the whiskey on your breath, It’s as much as I can drink these days.” Can I ask if you have had a battle with addiction over the years and how you have worked to overcome it?
Jerry Joseph: That song was written the last time I was sober, I think weeks after I wrote it I went back to the bottle. I have been sober now for a couple of years. Battle is a weird term, that’s for the kids that are at war, quitting is what grown-ups do. People attach so much to being sober, they are so proud. When I was a little kid I used to sh*t all over myself and had to learn how to wipe my ass, I don’t have people coming up nowadays and telling me how good of a job I have done.

MWN: What’s with always hitting your head while on stage? Have you ever burned yourself with a cigarette while doing that?
Jerry Joseph: (Laughs) No I have never burned myself that way. Not sure where it came from, someone was trying to tell me the first show I started doing it at, I can’t remember. People do weird things.

MWN: You’re about to kick off another tour with Stockholm Syndrome with 1/2 the tour being in Colorado. Can you tell us how the music scene in Portland is different than in Denver or Boulder?
Jerry Joseph: I just moved back, been living in Brooklyn. Sometimes I want to get the .30-06 (thirty-aught-six) and shoot at all the people in flannels and beards. An exciting place to be, our drummer’s wife in the Jackmormons plays in the band the Decemberist. If your 22 living in Portland and playing in a band its a cool place. The indie people are funny as they all try to be different yet all look the same. Not sure what’s hip in Colorado right now.

MWN: It’s been years since your first album with Stockholm Syndrome, what can we expect to here on your latest album Apollo? Has your sound changed and evolved or will it be the same hard-hitting music were used to?
Jerry Joseph: It’s hard to the opinion of the writer, its a more grown up cohesive sound as a band. Good songs on the album, some rocks it’s hard to tell.

MWN: Do you ski or snowboard? If so what’s your favorite place to go?
Jerry Joseph: Never skied, I spent my life in ski towns but when your done playing at 3:00 am the last thing you want to do is wake up and go stand outside in line in the snow. Were heading to Alyeska Resort with the Jacmormons and I am going to try and get a couple of days of riding in on the mountain. The place is cool you can ski down and look at the ocean.

MWN: What do you feel about what’s happening in the world? As a father is there hope, especially in the middle east?
Jerry Joseph: Yeah there is great hope, I have a 15-month-old. Every generation thinks its the last, as people don’t like the idea of the world moving on without them. I’m Arab, Lebanese at the end of the day it’s an exciting time to be young on the planet and communicate on a global level. In 15 years or when my son is 20, we can’t even fathom what the world will be like. Think back to Nirvana or when cell phones first came out in 1991 and everyone just got one. I’m pessimistic Politically, and an optimist for humanity.

MWN: I read somewhere you had mentioned you have a lack of self-esteem. Is this true and if so how on earth are you able to get on stage in front of a bunch of people?
Jerry Joseph: Low self-esteem is a classic characteristic of most lead singers. Whatever it is that motivates you to think that your problems would be interesting for other people to hear. Being the center of attention helps to overcome low self-esteem. Very few lead singers are super confident, the cute girls didn’t talk to them when they were 12. They want people to pay attention, it bugs me when people in the crowd are talking to the person next to them when I am playing.

MWN: Last but not least, what music do you listen to? If you have any iPod what’s on the playlist?
Jerry Joseph: My iPod has 18 1/2 day worth of music on it. I buy a lot of music, I hate not knowing a band people are talking about. I like buying new records, I am a huge Nick Cave fan, I worship that guy. Roots Manuva, tons of stuff.

MWN: Well thanks Jerry, we look forward to seeing what the next 50 years bring!!