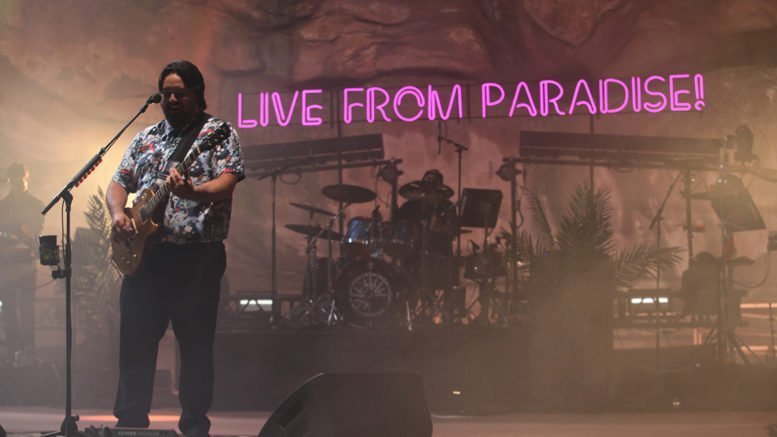 Iration is set to kick off their “Live from Paradise “ Tour with Pepper, Fortunate Youth, and Katastro. They will be playing throughout the United States for most of July and August 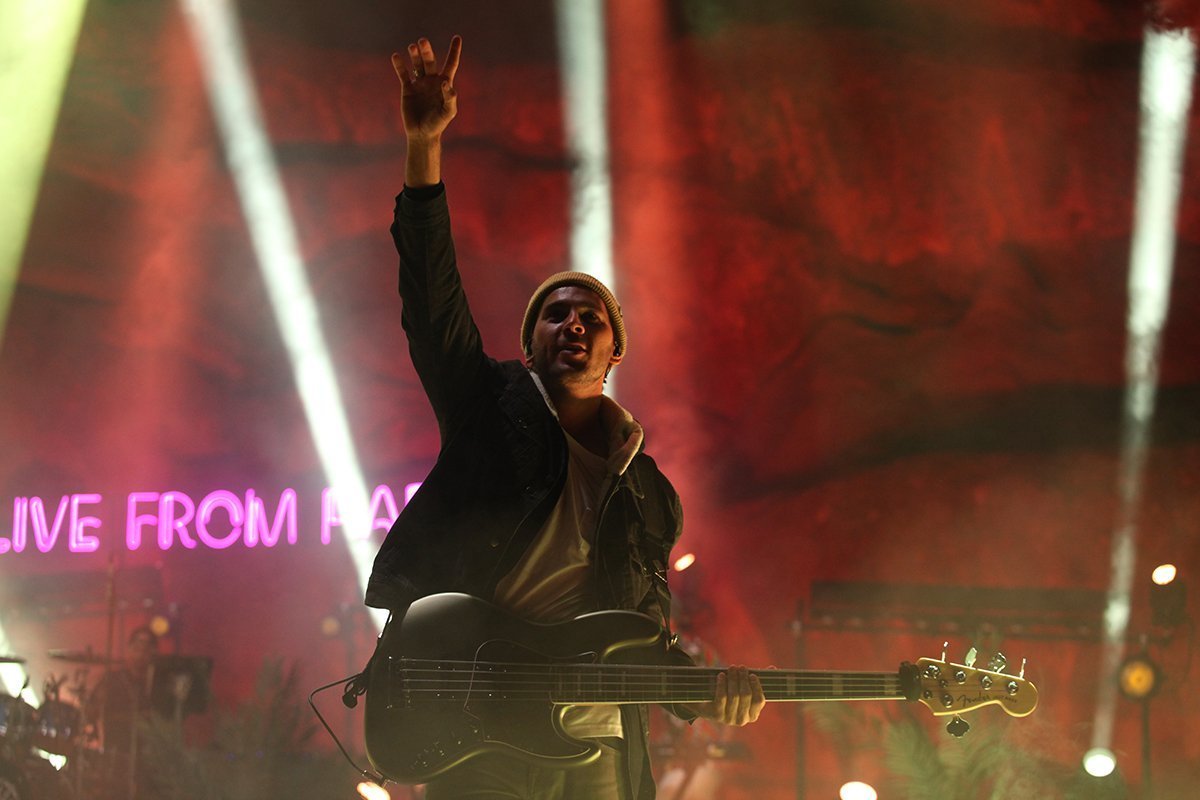 With that being said Iration played a special one-off show at Red Rocks, the nice thing about this is the headlining band often bring other bands they admire or have always wanted to play with.

Iration decided UB40 and Toots and the Maytals would be a good fit for Red Rocks. The show started at 4:20 pm in proper Reggae fashion, I was looking forward to the show.

I checked the weather forecast I saw that Rain was predicted and was supposed to taper off by 6 pm, it had snowed earlier in the week at the Florence and the Machine show.

I figured it was best to come prepared as nothing can ruin a show quicker than not having the right clothing, Red Rocks is hands down the best Venue in the country, but it is also on the side of a mountain, so always bring a rain jacket with you, hopefully, you don’t need it, but if you do you will be glad you packed appropriately.

Toots and the Maytals Red Rocks

Toots and the Maytals came on stage singing “Pressure Drop” probably his most well-known song. I waited in the backstage area to meet my contact with the concert promoter to receive my photo pass. I saw a couple of songs after getting my pass, but it was after the 3 song photo policy, so no photos of Toots this go around.

Toots still has it and it’s hard to believe the guy is in his 70’s. They sounded great and it is clear why Iration asked them to play this show.

UB40 was up next, but they were not letting photographers take photos upfront from the photo pit. No biggie I decided it is often good to enjoy the show from a fan’s perspective from time to time, remember to stay humble it keeps you from getting jaded. I grabbed a spot towards the top of the venue, then watched a couple of songs in the Museum, which is a great spot to see and hear the music on a cold or rainy night.

I remember UB40 from my youth, but I forgot him many hits they had over the years. They sounded awesome, a couple of the highlights of their set was when they played “Many Rivers to Cross” by Jimmy Cliff and when they invited out Reggae legend Pato Banton to perform with them. 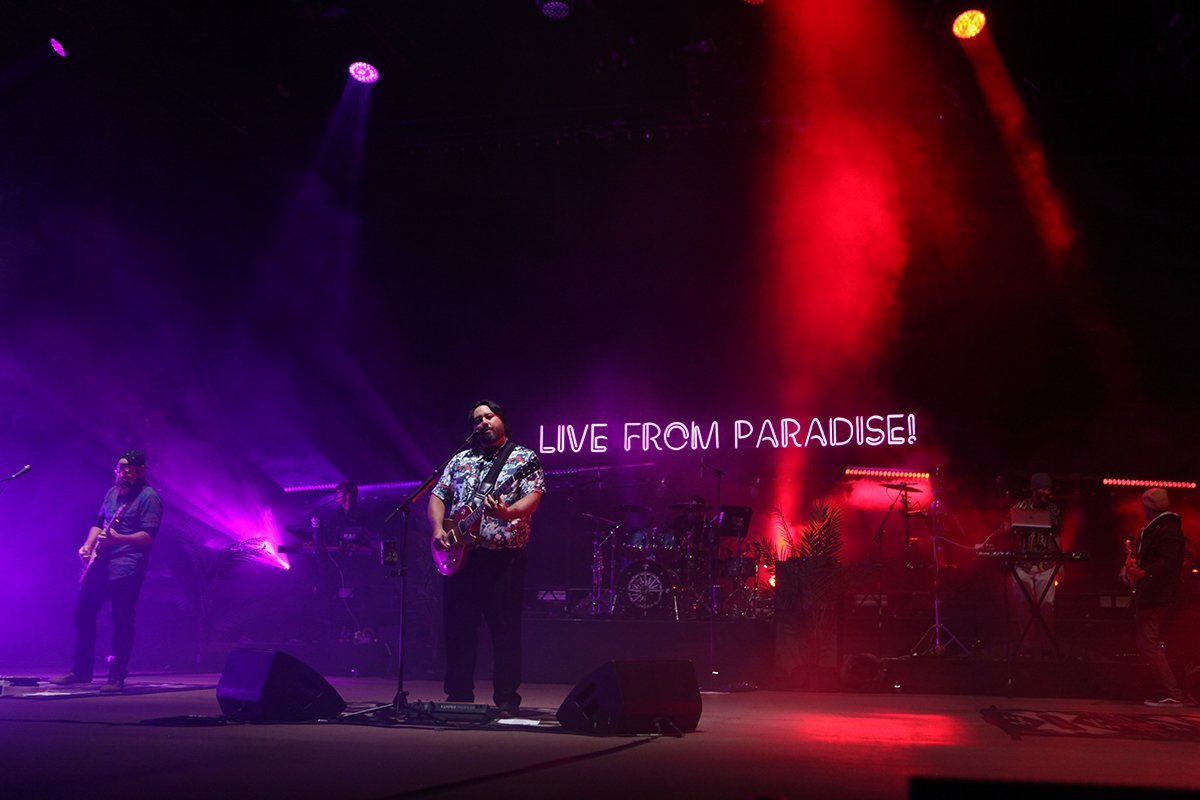 Next up were the headliners, Hawaii’s own Iration, they play a mix of heady rock with an Irie Reggae vibe and a mix of smooth Hawaiian island Rhythms.

This was Iration’s first time heading Red Rocks, but I don’t imagine their last. They have played here as support in the past but congrats for landing a headlining gig.

They opened the show with “ Time Bomb” which got the crowd grooving. Iration had a neon sign on stage that said “ Live from Paradise “ for their current tour, but I think most Colorado fans took it literally as Red Rocks are held in such high regard. 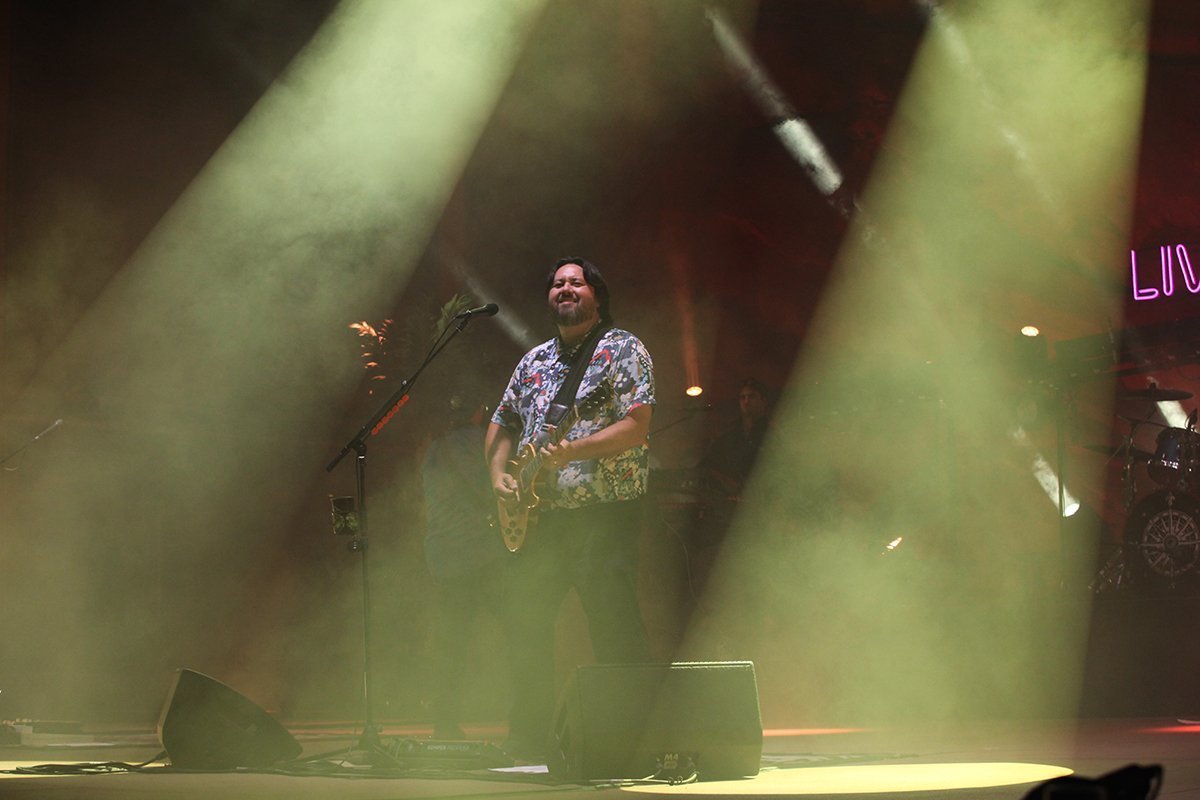 Singer Micah Pueschel has calm but powerful energy as he draws the audience into each song. You can really tell he is having fun on stage and he just wants to share the Love with the fans. They teased “what’s my name again” by Blink 182 to see if the crowd was paying attention. They thanked the crowd for braving the cold and coming out to support live music. I was really impressed with Iration’s drummer Joe Dickens they guy is a powerhouse and keeps the beat going. Add Adam Taylor’s funky Bass lines to the mix and you got a groove for Micah Brown to shred some great guitar solos over. Not sure if they usually have a trombone and trumpet player with them but their horn players were crushing it and definitely brought the energy up a few notches. They referred to the Brass Section as the “Horny Boys” .

“Summer Nights” was a hit with the crowd, Micah joked with the crowd about how it’s about smoking weed on the warm summer nights. It wasn’t warm but the crowd was on the same page regardless.

Iration’s energy and infectious vibe were enough to make you forget it was 45 degrees out and just enjoy the moment and dance to the music, which is ultimately what live music is all about. “Fly with Me” and “Last to Know”  were definitely fan favorites. 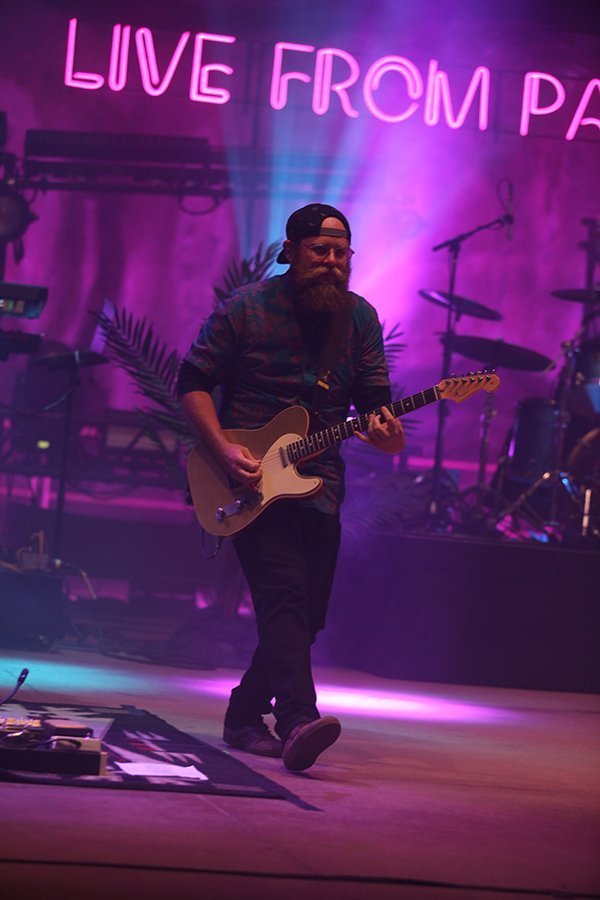 My personal favorite song was “ Back Around Girl” I really like the guitar riff, it has a harder rock groove that blends well with the Funky Island vibe, the perfect pairing of different genres. Great way to end the set and get the crowd stoked for the Encore.

“Falling” was the first song in the Encore, the crowd used their cell phone lights to light up the crowd, remember when the crowd had lighters?

Be the first to comment on "Iration Red Rocks"