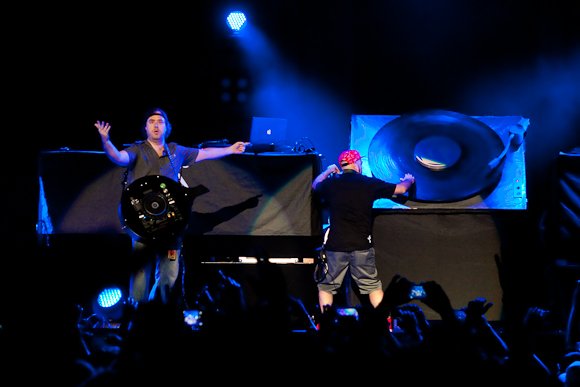 The Mountain Weekly News sat down with DJ Nu-Mark of Jurassic 5 before the groups two-night run at the Ogden Theatre earlier this week to talk about the current tour, the groups love for the rocky mountains and what it was like to play in a bomb shelter. Checkout our DJ Nu-Mark Interview below:

MWN: You guys are out on the Word Of Mouth Reunion tour with the Beat Junkies, Super Nat and Dilated same crew as the original tour?
DJ Nu-Mark: Yes sir

MWN: Where have you guys played and where are you currently?
NM: We’re in Seattle right now, we already did 2 shows in Aspen then Reno, now we’re here in Seattle and we’ll make our way through the west coast 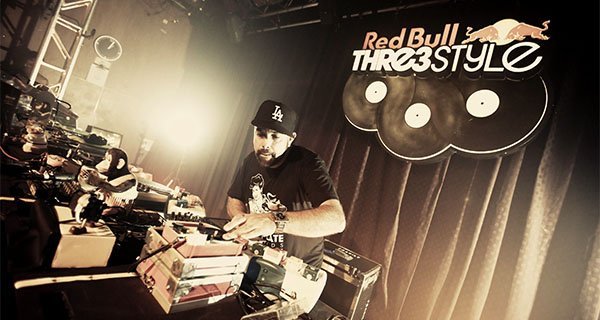 MWN: The first time I saw you guys was back in 2000 on the Warped Tour
DJ Nu-Mark: Wow, that was a rough tour

MWN: Yeah that was wild watching you guys kill it on stage with kazoos, rubber bands and shit to a mostly punk rock crowd.
DJ Nu-Mark: Yep, that was a good way to cut our teeth and see if we could last on stage. That tour helped us a lot, but it was very difficult because you didn’t know when you were going to play until you arrived the day of the show and they would put a list of the bands up. We showed up and we didn’t know if we were playing the daytime, night, what stage.

MWN: Well, you guys played a great set that day for sure. Speaking of playing for different crowds, how was the triumphant return of J5 at Coachella last year?
DJ Nu-Mark: It was amazing! A crazy, crazy experience. We had not played for 7 years and we got together for rehearsals, we created a giant turntable it took me 3 months to finish it, a bunch of gadgets toys and stuff. Everyone came in from the group to represent and I thought we dialed in a pretty great show that night

MWN: The large turntable, is that the one you had on stage at Red Rocks this winter?
DJ Nu-Mark: Yes it was actually. I forgot we played Red Rocks this past winter

MWN: I was down for SIA and caught the show, it was in a full on Colorado snow storm. The video for the new J5 single “The Way We Do It” was filmed that afternoon at the legendary amphitheater correct?
NM: Indeed we did, that was pretty cool

MWN: About the new single, it was produced by the late great Heavy D. How important is it for you guys to make a connection with hip hop history and paying respect to the artists that came before you? The J5 sound has always had an old school, raw flavor to it.
DJ Nu-Mark: It happens naturally with us, it’s nothing we plan. All the guys in the group are hip hop historians in a way, I would say. They’ve really studied the course of music history as it pertains to hip hop and outside of hip hop as we’ll. So our sound just naturally comes out of the MC’s and you know Cut and I really dig for the old gritty soul and funk, that kind of thing that is also very rooted in original hip hop records and I think it’s something we do very naturally. It’s not anything planned it’s just us.

MWN: Absolutely, and I know the hip hop and music community in general respects how you guys put it down. Are we going to see a new album from J5?
DJ Nu-Mark: Umm, I don’t know, is that something people really want or is that just an expression? People don’t really listen to albums anymore, they buy MP3’s or a single. Maybe an EP. We don’t know we’re trying to figure out what fits us in this musical climate. People download, or steal the 99 cent download. They don’t really listen to albums anymore you know. We’re trying to figure out what works for us at this time. An “album” is just an expression now, do you really want an album? Because(hahahahaha) you can’t sit still for 2 minutes so I don’t know… It’s not like it used to be where people sat down and ingested a whole album, a 16 song work of art 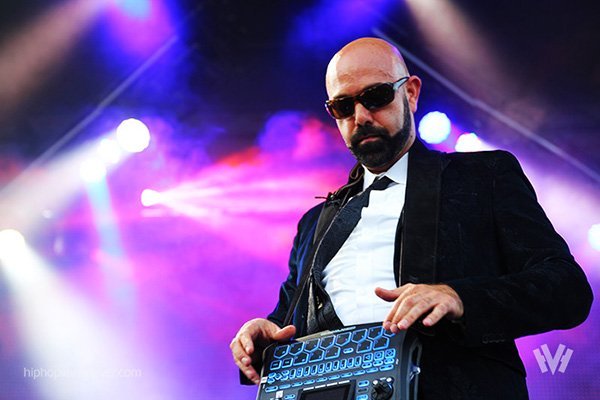 MWN: I do miss waiting for the epic album, running to the mall to buy it, and listening to it start to finish everyday for weeks. Then you’d have to check out art, credits, and shout outs on the inside of the album cover. The good ol’ days. Do you have any favorite DJ’s?
DJ Nu-Mark: I like different DJ’s for different reasons. I like Jazzy Jeff for rocking a party. I obviously like the Beat Junkies for how they rock parties, and for scratching & technical skills it would have to be Q-Bert. Historian wise and the beginnings of hip hop it would have to be Bambaataa you know

MWN: Who’s you’re favorite MC as far as a lyricist, can you name a few of your favorites?
DJ Nu-Mark: Definately Rakim, Kool G Rap, Chill Rob G, and KRS. I’m a big Pharoahe Monche fan. Yeah there’s a lot of them

MWN: What’s your most memorable experience you’ve had playing a show?
DJ Nu-Mark: Hmmm probably at a bomb shelter in China, a club called The Shelter. You’re standing outside and can’t hear anything and they open a door and the music is blasting, basically perfectly soundproof. You enter and go down a spiral stair to a side entrance and you you go down in this bomb shelter with everyone partying and going crazy downstairs.

MWN: On the current tour Denver is the only city with 2 shows, can you explain J5’s history in Colorado?
DJ Nu-Mark: Well, the Rocky Mountain region has supported us from day one and if the demand is there we’ll be rockin’ and rollin’. It’s just when people show up and give us love, we’ll play the best show we can

MWN: Numark thanks for your time man
DJ Nu-Mark: no worries glad to be here

MWN: Have a good one and I hope everyone enjoys watching J5 rock the stage again
DJ Nu-Mark: Thanks man, peace!