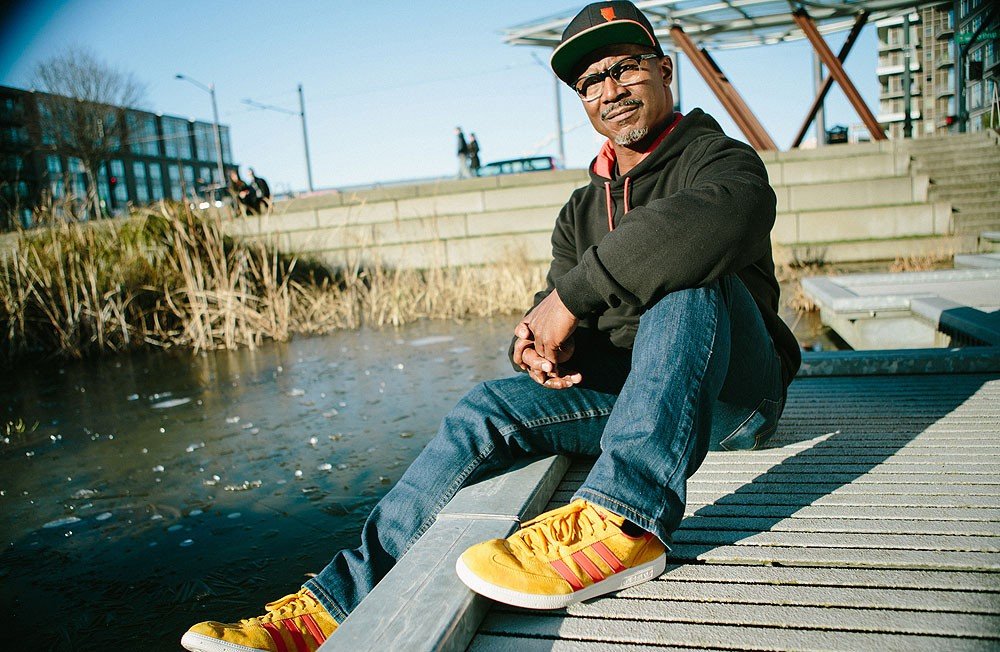 The Mountain Weekly had a chance to talk with Karl Denson about his upcoming tour in with Hip-Hop powerhouse Public Enemy, raising three teenagers and what it takes to write music. First lets give you a little background on Denson.

Karl Denson played in Lenny Kravitz’s band for five years and was on Kravitz’s first album, Let Love Rule. Denson and Kravitz still play together regularly at the New Orleans Jazz Fest and when the two are in the same town. He also played with Fred Wesley as well as member of Miles Davis’s band. He then went on to form the Greyboy All-stars and Karl Denson’s Tiny Universe. He has sold over a quarter-million records and has toured extensively around the world and has played major US festivals such as: Bonnaroo, New Orleans Jazz and Heritage Festival, Bumbershoot, Mile High Music Festival, Wakarusa, Monterey Jazz Festival as well as international festivals such as Fuji Rock Festival, Montreux Jazz Festival and countless others.

Mountain Weekly News: Karl , Thanks for taking the time to sit down with us and discuss what you are currently working on. Tell us, what you are currently excited about at the moment.
Karl Denson: Well I am really excited about getting to play with Public Enemy next month, we are playing two dates with one in Salt Lake City UT, and the Other at the Ogden Theatre in Denver , Colorado.

MWN: How did this come together ? ,that is a great line up.
KD : Well my management put the bill together, but I have been a big fan of PE for years and really admire what they have done and respect their music and their message.

MWN: I love Public Enemy , if you could play a song with them which one do you think it would be , and how can you mix your style with theirs?
KD: I have always loved 911 is a Joke and think I could bring some funk to it. I am just looking forward to playing on the same bill with those guys and hope they enjoy the music that our band plays.

MWN : What else have you been up to lately? Working on any projects, or any cool gigs?
KD: We just got back from Jam Cruise, it was our ninth time playing the event. Galactic is the only other band that has played all nine Jam cruises, besides us. Jam Cruise just keeps getting better, I try to keep the band evolving on dry land and progressing, but it is always fun to be on the boat, Jam Cruise is like nothing else, you got to do it sometime. Right now I am working on a song with my nephew and focusing on writing some new material for the next Tiny Universe record. I usually write all the material myself, but this time around we are writing it as a band, which is a little different for me. We hope to get into the studio at the end of the month. I have to remember to keep it loose when writing as a band. I wrote everything in the past , writing as a band I have to lay back sometime and other times I need to push the other guys.

MWN: You have a pretty big following in Colorado and the mountains, what is it like to play here?
KD : Colorado has a great vibe and I have always felt that Denver is the L.A. of the Jamband scene , they know what they like and it is always fun. I think we will be doing some mountain shows later in the tour and possibly a free show in Aspen, so you know that will be a good time.

MWN: I was watching Coming to America the other day, and noticed you were in the moving in the band Sexual Chocolate, how did that come about?
KD: The drummer in my band at the time was working for the studio doing odd jobs , and John Landis the director of the film , got wind that he was in a band and wrote us into the script. It is a pretty funny movie and it was cool to be part of it. It is the first movie Eddie Murphy played multiple characters, something he does all the time now. Back then it was pretty mind blowing to see he play some many parts in all the crazy make up and what not.

MWN : What kind of advice would you give to up and coming musicians , now that you have been in the game for a while?
KD: I would tell them that they need to write music like it is their job. It is their job after all and that is what will set them apart or get them noticed.

MWN: How has the digital way we get our music affected you as a musician, for better or worse?
KD : It makes it easier to be seen and heard and the small guys to be found. With the way music is delivered now, it has killed the buying of music, but it brings more foot traffic to the live shows. People are spending less money on records , so they way musicians are making money is through touring and playing live.

MWN: Any highlights of touring that you care to share?
KD: We toured this past year with Maceo Parker, he was in James Brown’s band and it was a pretty big deal for me. He and I became pretty close over the tour. During Jam Cruise I played with Maceo , Fred Wesley and Pee Wee Ellis on the boat, which was pretty cool.

MWN :I know you play the New Orleans Jazz Festival regularly , have you seen any change from a musical stand point post Hurricane Katrina?
KD: I only play in the city a couple times a year and the areas I play are in the French Quarter and Tipitina’s , they were not really not affected to bad by the Hurricane, but it’s weird to see that certain areas of the city will never be rebuilt. Music is the glue that holds that city together and they have some incredible musicians in New Orleans, but from my standpoint it has not changed too much.

MWN : What types of things do you enjoy to do outside the realm of music?
KD : Right now I am focusing on raising my three children, I have three teenagers 13, 15 and 16. So I got my hands full , I am into reading and just started reading Moby Dick.

MWN : Any words of advice?
KD : I am a proponent of people getting their own information, keep it real , and don’t fake it. Make sure you know what you are talking about and go the extra mile to learn about what your talking about, don’t just take anyone’s word for it.

MWN :Thanks again for your time and congratulations on the gig with Public Enemy.
KD: You’re welcome and we hope you can make it to the show, I’m really looking forward to it and Chali 2na of Jurassic 5 is going to be on the bill as well. Denver has a great music scene and I know that the fans are going to love this line up.

[wpex more=”Read more of our latest karl denson interview” less=”Read less”]Karl Denson’s Tiny Universe is rolling into Denver for a 10/30 Halloween Soul Spooktacular show at the Fillmore with his friends DJ Z-TRIP, ZACH DEPUTY, THE COSMIC HORNS, KIM DAWSON and more. We talked to Karl D about the show, playing with Widespread Panic and his favorite places to eat in Denver. Along with the interview, were giving away a pair of tickets to the Halloween Soul Spooktacular, an event you don’t want to miss. To enter the giveaway signup for our newsletter at the bottom of the interview.

MWN: Tell us about your upcoming Halloween Soul Spooktacular show in Denver, what can fans expect from a Karl D Halloween event and who is playing with you for this special occasion at the Fillmore?

We’re going to be doing a little bit of us, some Ray Charles and a little mixture of some newer soul tunes. Will be trying to go heavy on the SOUL!

MWN: When you’re playing sax in Denver, are there any tips or tricks you have picked up over the years for adapting to the thin air and altitude.

The trick is pretty much to just hydrate as much as possible and make sure my horns are playing well. Luckily my repair man is in Denver.

MWN: Do you have any favorite places to eat or drink in Denver?

Denver’s got one of my favorite Mexican restaurants El Tejado on Broadway over by the Gothic. And coming from San Diego that’s saying a lot. Besides that, it’s a lot of Whole Foods Market.

MWN: You’re playing at Tipitina’s in New Orleans on Halloween for a Widespread Panic late night show, do you plan on coming out with the boys again this year? When did you first start playing with Panic?

It kind of depends on what time we get to New Orleans and how tired I am from Halloween. We have become good friends over the years and I can always go to hang out with them if I have the time and they always love to have me play. I must’ve first played with them 15 years ago, right at the beginning of the Tiny Universe.

MWN: What’s the jam and funk music scene like in San Diego?

San Diego has a great jam and funk audience. Not as many actual bands as I would like to see. It’s more a rock n’ roll town from that standpoint, but we have managed to make it 20-years plus now and people are still coming in solid numbers.

MWN: You have an upcoming album “New Ammo” being released on Stoopid Records, how did you come to meet the guys from Slightly Stoopid?

We became friends with their management back in the Sublime days. We just stayed in touch as they turned into Slightly Stoopid’s management. I accepted an invite to come play with the band three and half years ago and it was a good pairing.

MWN: What do you look forward to the most about playing in Colorado?

Colorado’s kind of my second or third home now so it’s always fun to come back there and hang out all my friends.They have great clubs – it’s just a nice vibe and always feels like home.

Be the first to comment on "Karl Denson Interview"