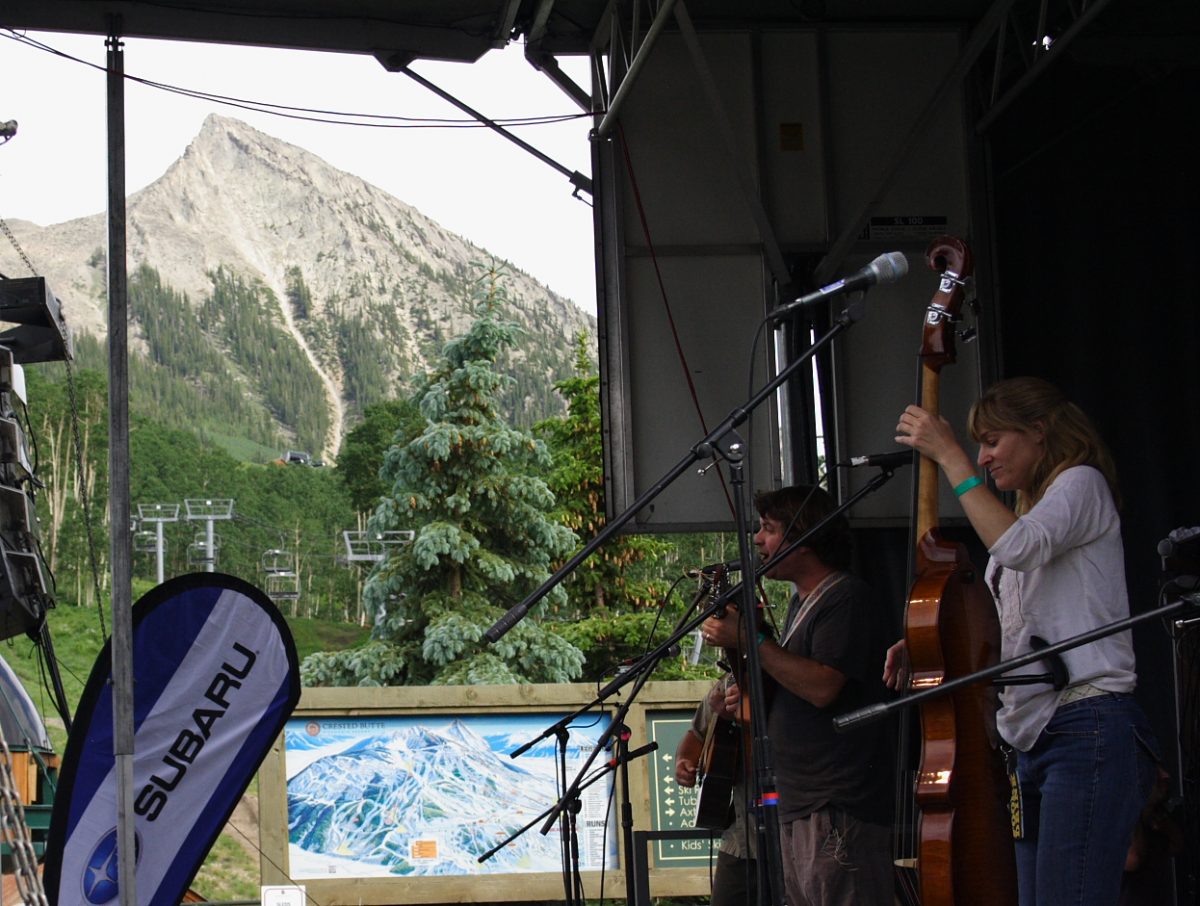 Keller Williams is a talented musician, with the ability to play everything from funk and bluegrass, to jazz and reggae. He has collaborated with many artists but most notably, The String Cheese Incident. He will be performing a Grateful Grass (bluegrass covers of Grateful Dead songs) set at the Arise Music Festival coming up next weekend, so we thought it was time to catch up with him and chat about the upcoming shows, the origins of Grateful Grass, as well as a few burning questions that we had for him.

MWN: When you’re not on stage, you must wear shoes at some point, what’s your footwear of choice?
Keller Williams: Well I’ve been trying desperately for years and years to find something better than Crocs. And there’s really two kinds of people in the world, Croc wearers and Croc haters. And those that don’t wear them, hate them. And people that hate them, just don’t want to admit that they love them, and won’t let the Croc wearers see that they actually do love them. And their way of dealing with it is to say hurtful things and to ridicule me about my footwear. and I’m ok with that, I’ve come to terms with that. and again, I’m always trying to beat them, I’m always trying to find a more comfortable shoe, and it doesn’t exist.

MWN: How do you feel about the realty company of the same name?
Keller: It’s two guys, I think they originated in Texas, with the last name Keller, last name Williams. One is a real estate mogul, the other is kind of a community gatherer, guru motivational speaker, bring everyone together type of guru. And they formed a team that’s pretty mighty. They came to Virginia in the early 90s, and I think it was about 94 when I first started to see the first Keller Williams realty sign brought to a show. Kids would pull them up out of the ground and put em on stage like their proud trophy, and then they would leave it there, and then I would be stuck with this act of vandalism. I got a letter, actually, from Keller Williams Realty asking me to ask people to stop pulling signs out of the ground. And I did, and I think we’re over that phase now.

MWN: You headlined the first night of Arise last year, with the Keels. What was that like?
Keller: It was great, it was a new site, a bunch of great, enthusiastic wonderful people putting on the festival, and a lot of people knew it was ya know, it was a special thing. We were all really honored to be there, not only the people playing, but also the people in attendance, and we all felt something was special about that whole area, that whole vibe.

MWN: What separates Arise from other festivals?
Keller: There is a lot of space, a lot of community, not that other festivals don’t have that, but ya know, its that high country. And I mean that in all ways. You’re up high in the altitude, you’re head is up high because of the lifestyle of Colorado, and you put the altitude and those elements together, and a bunch of people who are feeling the same thing at the same time, and its a special happening for sure. Looking forward to trying to recreate that vibe from last year.

MWN: Is there anything different about this upcoming generation of festival goers?
Keller: Well, I think there has been an art form that has been instilled in a lot of young folks that are carrying on a tradition. and on that same token, there is a lot of young folks expressing that in their own way. and hopeful there can be a fine line, where we can meet in the middle. Its nothing but positive from the stage, and that’s kind of what I have to go by. I’m not really able to stay at a festival for three days at the campground, not really knowing that much. From what I’ve seen though, there is a definite respect carried on from some younger folks who have learned from the festivarians before them.

MWN: what inspired you to start Grateful Grass back in 2008?
Keller: I think it was just a concept of playing this giant space, the Fillmore in Denver, and wanting to make that show bigger than anything I could do by myself. Keith Mosely lived around there and Jeff Austin lived around Nederland at the time. So I said hey are you guys available around this night? and they said ya, and I said great we’ll do all grateful dead songs, and I’ll send you my arrangements, and we’ll just learn it when we get there. And we did, we played it and the record did really well for the Rex foundation. That’s kind of how it went, didn’t really think about it.

MWN: The Grateful Grass album benefits the Rex foundation, could you tell us more about that?
Keller: Its a great foundation started by the Grateful Dead that benefits musicians and artists. I suggest everybody checks out the website and learn all about it

MWN: You were just in Colorado for Groove Festival. What did you think of this small funk fest?
Keller: It was great because it has been a long time since I had the chance to play with The Keels, and we had a nice long time slot. So we were able to take our time, and take it slow. It was a lot of fun, great to be part of something like that.

MW: Who’s your muse?
Keller: My wife has always been at my side since touring through the country in our 1967 Chevy back in the early 90s. We would go from town to town, sleeping in tents or on the side of the road, and she has always been there throughout, so she has always inspired me to keep going.

We reached out to Keller to see if he knew about the Sunrise Ranch Loveland CO cult connection to the Arise Music Festival and have not heard back, yet..