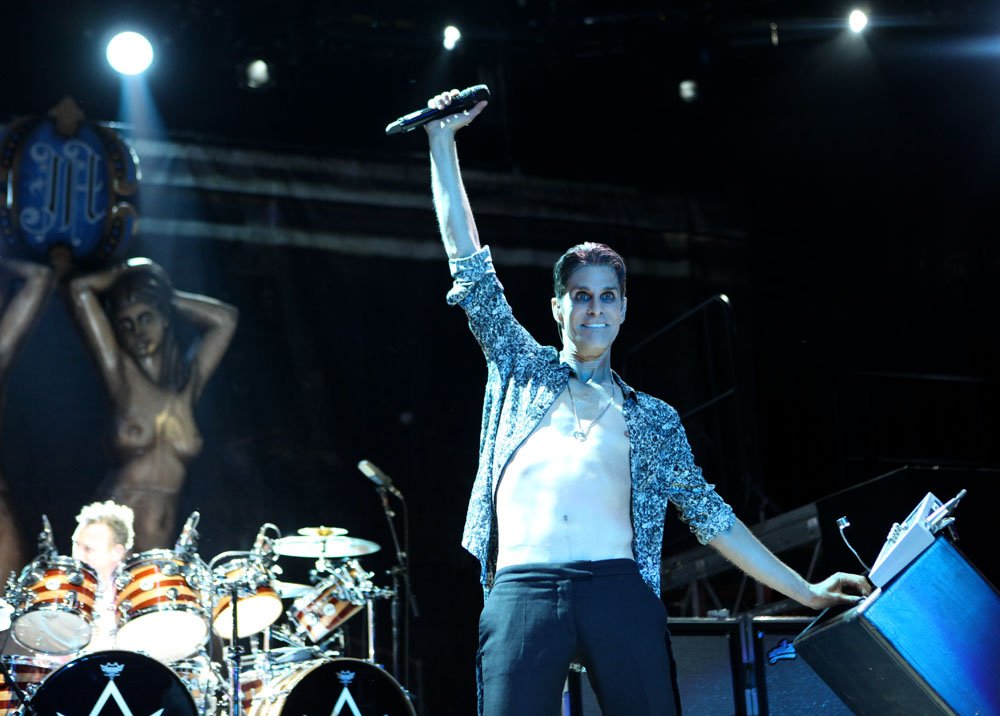 ENGLEWOOD, CO – Fiddler’s Green was the place to be if you like Hard Rock and Metal. The Locura Music Festival brought some of the best in the biz, both current and from the past couple of decades. Seeing Jane’s Addiction at Fiddler’s Green for a rock festival reminded me of seeing them perform there during the 1st Lollapalooza tour. Back then the traveling alternative music festival was a new concept and was completely groundbreaking. It’s cool to see how the evolution of the modern day festival has grown from those humble beginnings.

Night one of the Locura Festival was headlined by Alice in Chains, which were phenomenal, due to a SNAFU I was unable to get any photos, but I dare to say they are just as good or better than when Layne Staley was fronting the band. I don’t say those words lightly, I saw Alice in Chains in the 90’s with Layne Staley and they were amazing, but honestly they are still that good or better. 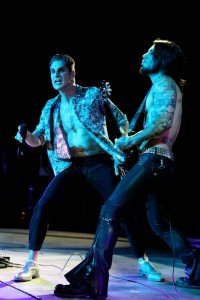 Jane’s Addiction is always a good reason to see music and dance with good friends. Having grown up listening to their music and seeing their concerts, it feels like home when they are on stage. They really spurred a movement in the early 90’s and helped change music.

Lollapalooza was their way to bring amazing bands of various genres together onto one stage. Mountain Song and Three Days still stand the test of time. Coheed and Cambria put on a good show and I’m glad I was able to catch their set. I’ve seen them grow musically over the last decade and I’m sure they have more up their sleeve.

Night Two was a different line up, but just as good. I was very impressed with Volbeat; they just have a strong driving sound that makes you want to rock out. I’m looking forward to catching them next time they come through town. They even gave props to Johnny Cash and also gave a shout out to Jeff Hanneman of Slayer, and played the intro of “ South of Heaven”, Hanneman passed away in May of 2013. Volbeat is energetic and just plays great rock. 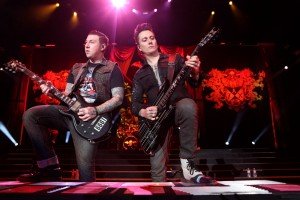 Avenge Sevenfold headlined night 2 and didn’t disappoint. They play a mix of heavy rock, with melodic harmonies. Their music reminds me of a younger hipper, American version of Iron Maiden. I mean that with respect, their music is complex, tells stories and shreds all at the same time. I first saw Avenge Sevenfold years ago at the Warped Tour and was blown away, it’s cool to see them headlining major festivals and dominating in the hard rock music scene. They are on tour for their latest album “ Hail to the King”. They have renewed my faith in hard rock and metal, which was waning a little over the past decade.

M. Shadows mentioned that he” Never smelled so much pot smoke in his life, and that we were outside”; I find it humorous that Colorado is now thought to be the pothead state. That is fine, but I liked Jane’s Addiction take a little more, Perry Farrell said “ Steven Perkins told me that he loves playing Colorado, because the people here really love music, we are looking forward to coming back this winter to ski and snowboard too!” Now that is what Colorado is to me. What music festivals are you planning to check out this summer?

Be the first to comment on "Locura Music Festival Review"