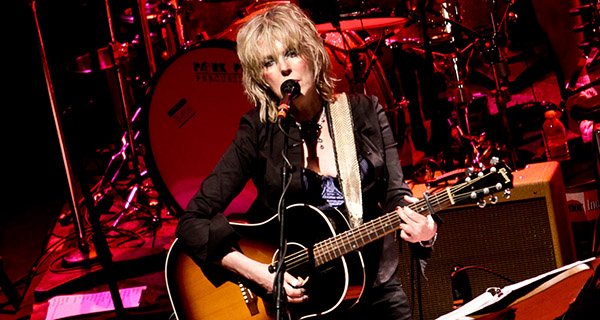 DENVER, CO – Lucinda Williams returned to Denver on Friday, November 11 to the Paramount Theater on a national tour in support of her latest studio CD, “Blessed”, which is arguably her strongest effort since her crown jewel, “Car Wheels On A Gravel Road.” In a down concert market and also a possible result of multiple Colorado appearances the past few years, the venue was only about 2/3 full, but those in attendance were an outstanding and very animated crowd. These dedicated fans were treated to a two-hour set of songs from throughout Lucinda’s career.

The show opened with a set by the guitarist of Lucinda’s touring band, Blake Mills, who only recently joined the band in early 2012. Mills was backed for the first few songs by drummer Butch Norton on percussion and then closed the set by himself finishing up with a cover of one of Lucinda’s songs.

Opening with “Can’t Let Go” from “Car Wheels On A Gravel Road”, the first half of the show built some quiet momentum, and included a strong unreleased song called “Stowaway In Your Heart.” An outstanding Bob Dylan cover of “Trying To Get To Heaven” was also a mid set highlight. Next, Lucinda strapped on an electric guitar for most of the remainder of the show, and the intensity level of the songs and crowd increased as the band let loose. “Righteously” is always a highlight of Lucinda’s sets and this show was no exception. “Change the Locks”, “Joy” and “Honey Bee” brought the set to a very strong close.

The encore featured what may have been the highlight of the entire show, a stunning rendition of the title track from the new album “Blessed”, and then two covers, the Allman Brothers Band’s “It’s Not My Cross To Bear” and a cover of Neil Young’s “Rockin’ In The Free World.” The latter was likely a nod to Neil Young’s 66th birthday, which was the following day. Lucinda was engaged with the crowd all night, encouraging them to drink up and get up and dance. The lively crowd was rewarded with a second encore of “Get Right With God.”

Those who have seen Lucinda perform know that her touring band is as solid as they come. Guitarist Blake Mills was impressive all night, with an incredible display of versatility and control of his guitar tone; and bassist David Sutton and drummer Butch Norton laid down a strong foundation. Lucinda was also in fine voice and was very appreciative of the crowd throughout the show.

Lucinda Williams is not an artist that makes any bones about what she does best: write outstanding, stripped down, no frills rock songs. And it is a formula that works well. She and her band delivered another strong Colorado performance and the crowd at the Paramount this weekend ate it up. 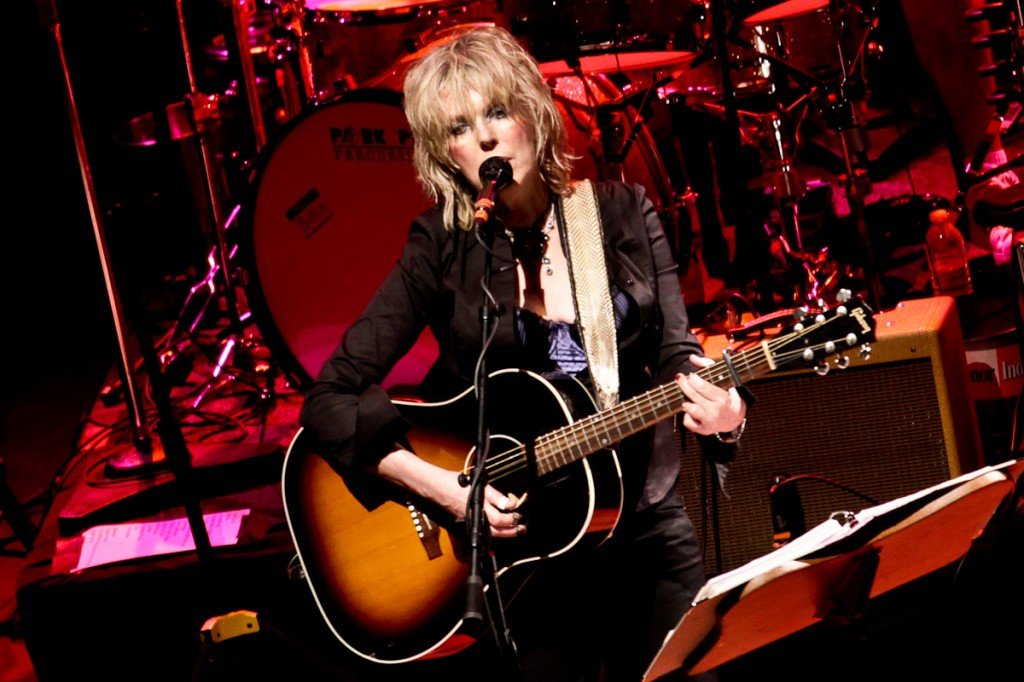 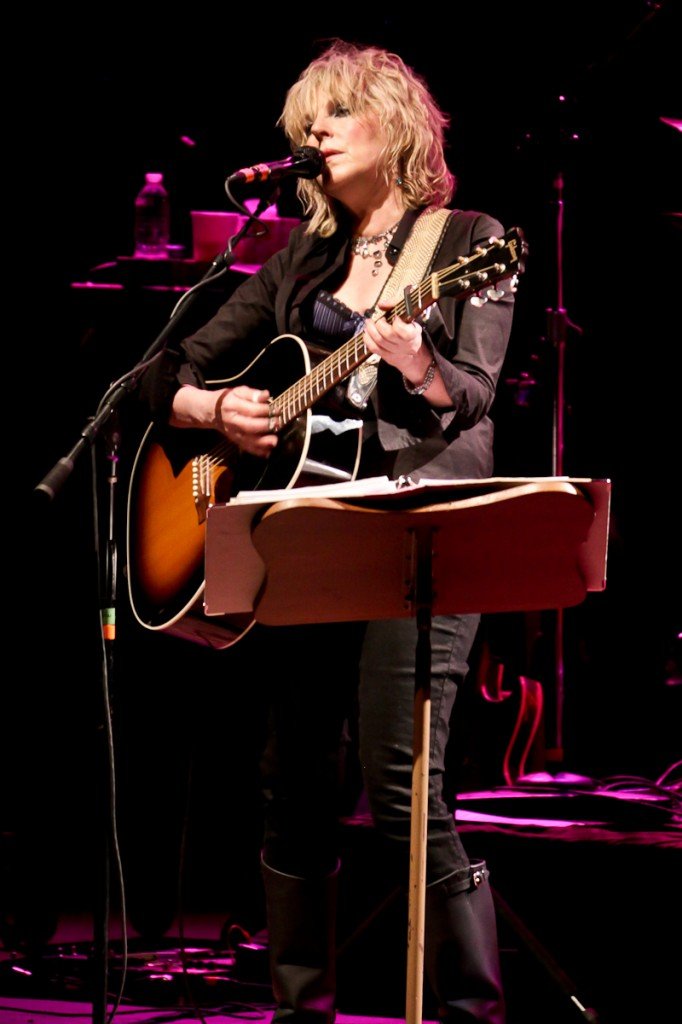 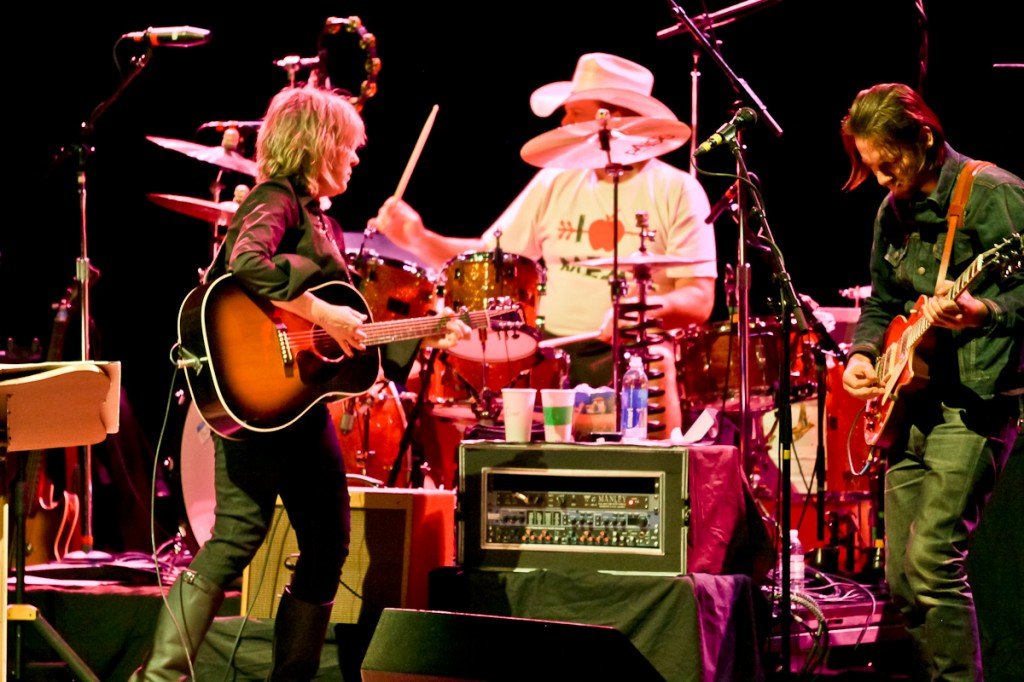 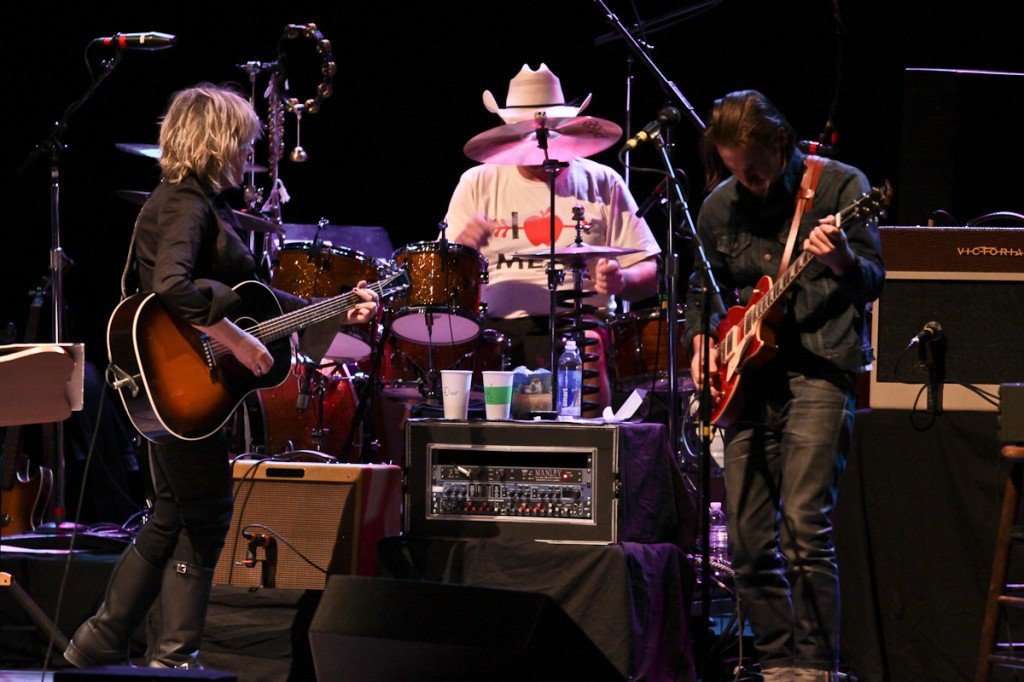 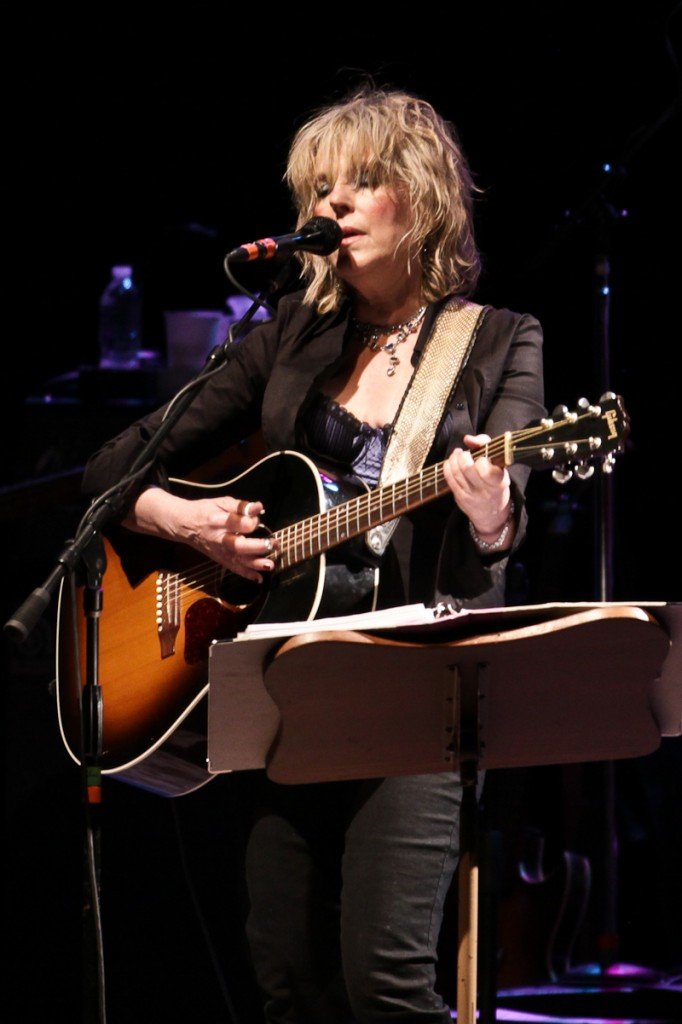 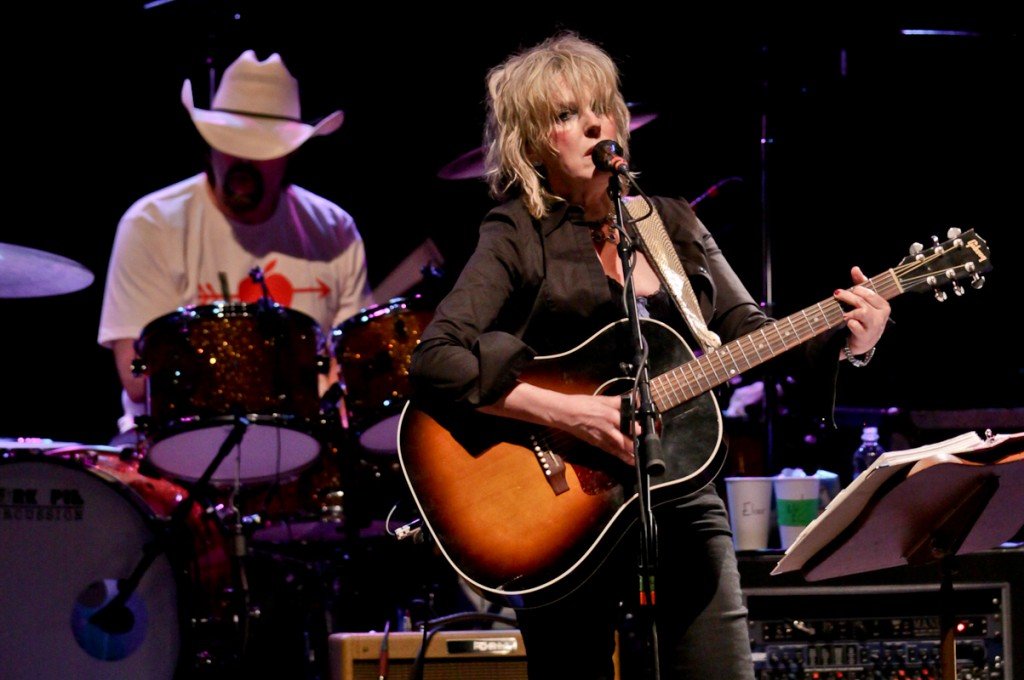 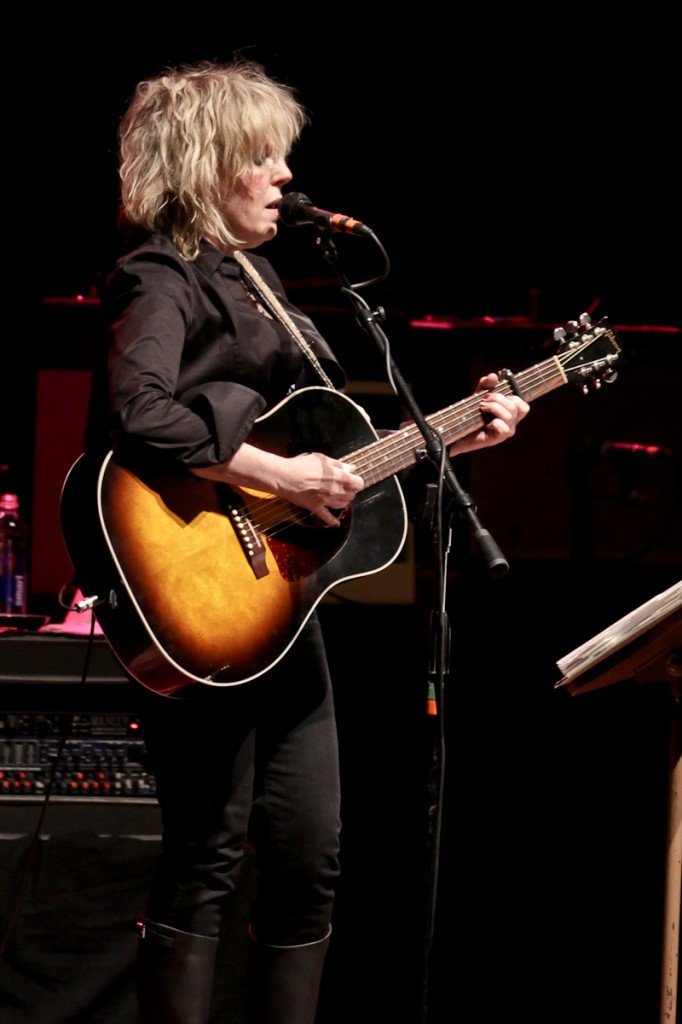 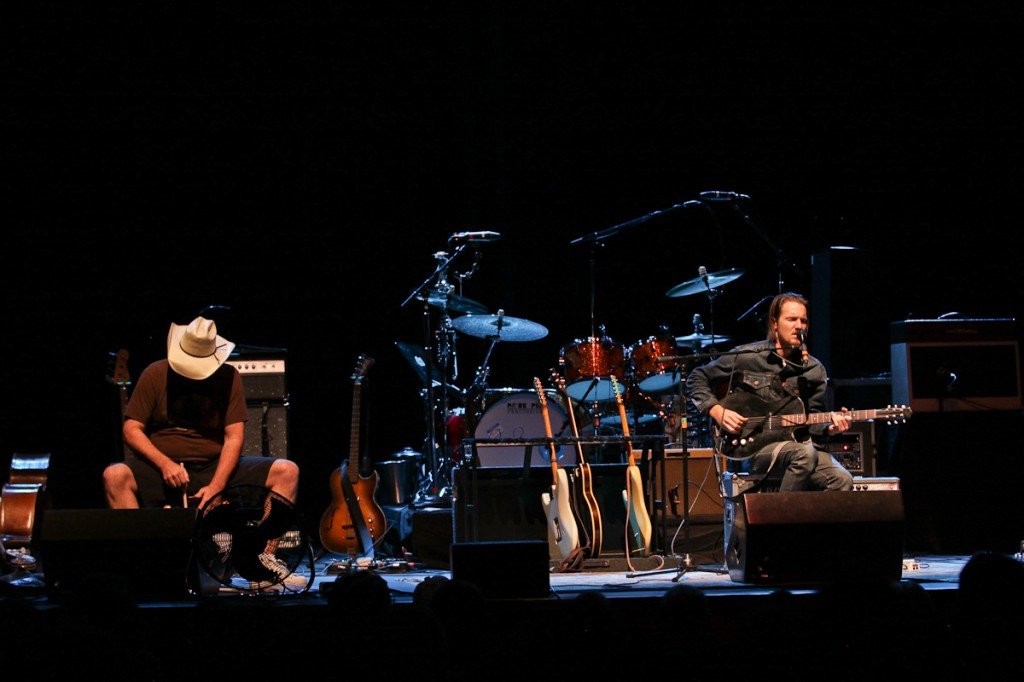 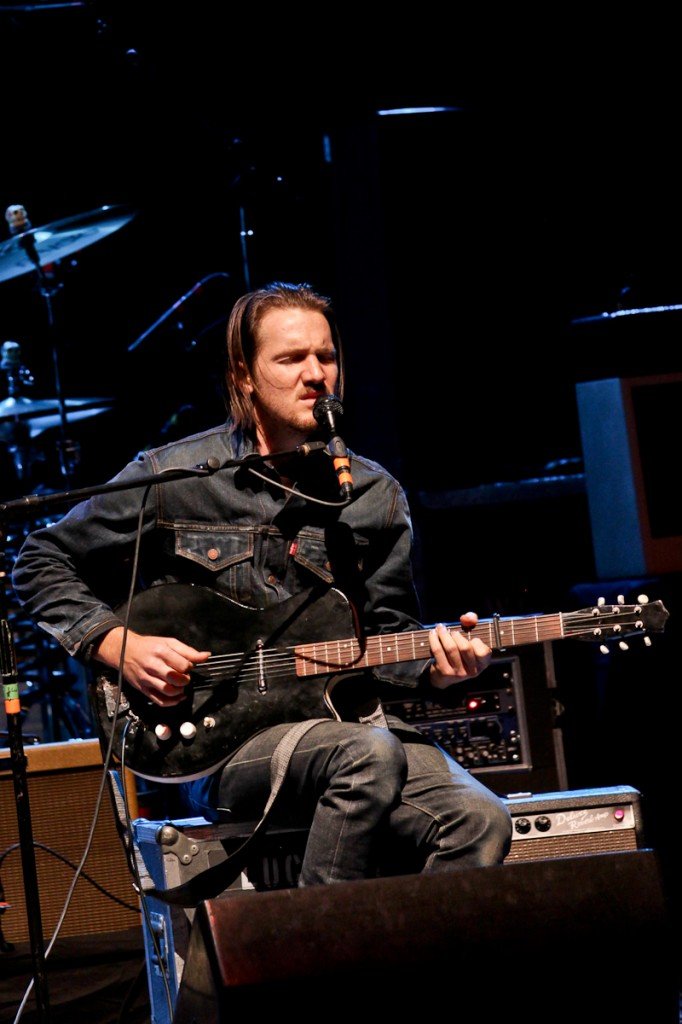 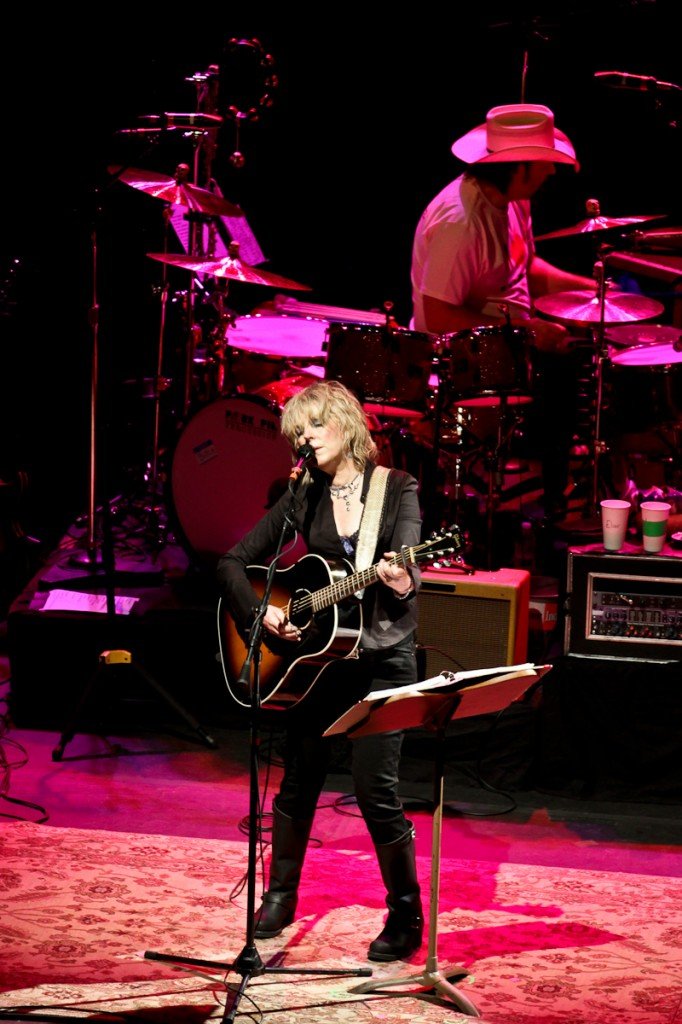