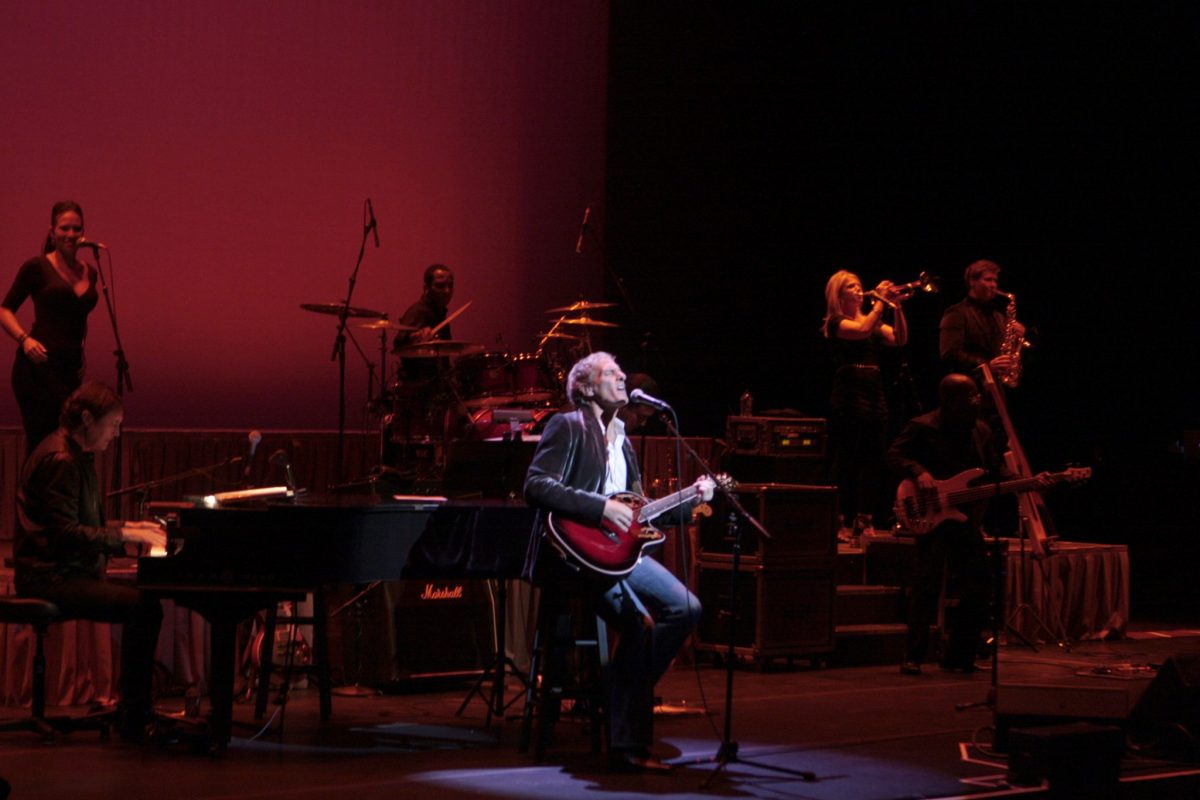 GREELEY, CO – Grammy Award winner Michael Bolton Colorado performed last night to a nearly full house at the Union Colony Civic Center. Michael Bolton was recently on the television show Dancing With The Stars, but an early elimination allowed him to book a last minute concert in Greeley, CO about the last place you would expect to see the singer songwriter. With over 30 years in the music industry, Bolton has the stage presence of a seasoned veteran.

Michael played guitar, sang and told stories about his life as a musician. The concert showcased the singers musical career past and present. His backing band sounded crisp, pared with Bolton’s vocal skills. One of the high points of the night was when he covered Sitting On The Dock of the Bay by Otis Redding, Michael was able to pull off this classic with a style and flare this is uniquely Michael Bolton.

Bolton has sold over 53 million records world wide an impressive feat for any musician. Sort of what you would expect from an artist who has had eight top ten albums and two number one singles. Currently on tour to promote his new album One World One Love, If you missed the Greeley show and would like to catch Michael Bolton in Colorado he will be performing in Colorado Springs on October 10th at the Pikes Peak Center.