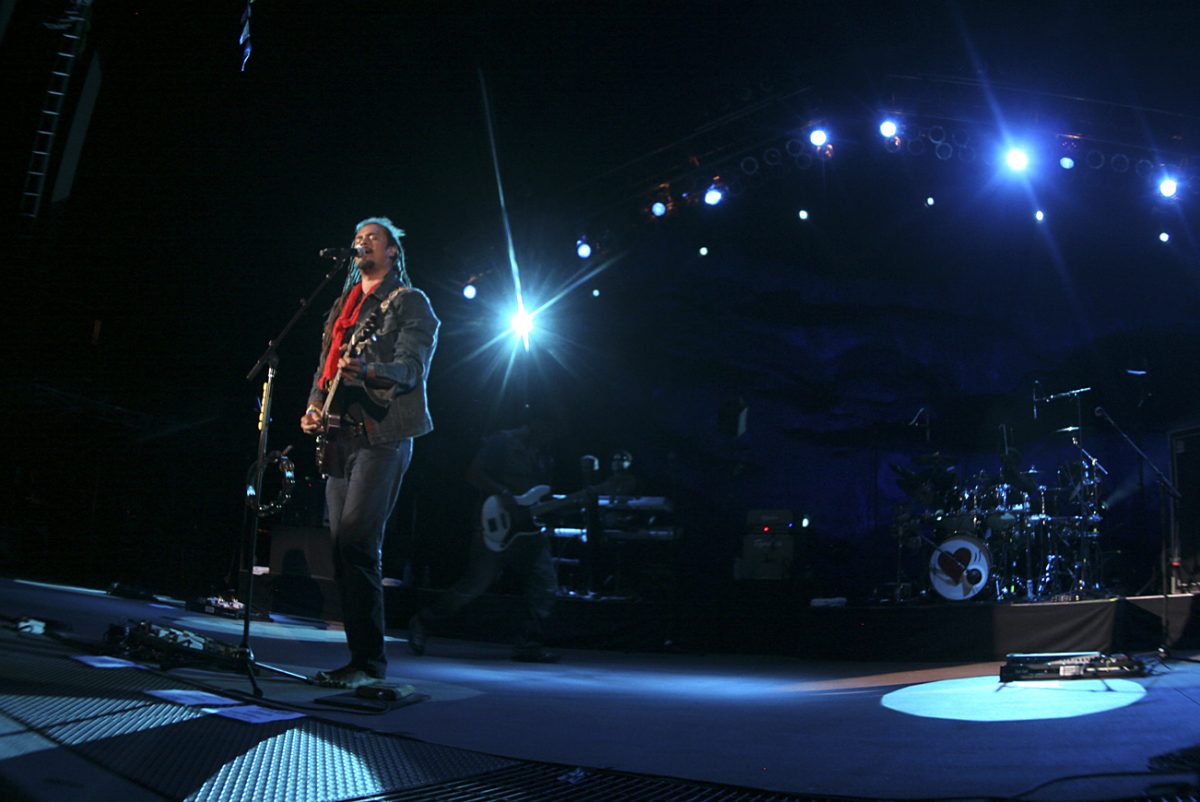 MORRISON, CO – I was delighted to see that the Michael Franti & Spearhead show was Sold Out at Red Rocks Amphitheatre Michael Franti Red Rocks. I first saw Spearhead in 1996 when they played at Fort Lewis College in Durango. Ever since that time I have been turning on friends to the band. There is nothing better than seeing one of the bands you saw coming up play at the best music venue in the country.

Brett Dennon opened the show and had a fair amount of fans going into the gig. His spastic enthusiasm was contagious after a while. He is not a rock star, but he has a good voice and brings passion to the stage, which is an important element. He mentioned how beautiful Red Rocks was and how lucky he feels to play the venue. This is an instant way to make friends with any Colorado local.

Right before Franti’s set a group that raises money to help fight cancer delivered several prayer flags from the top of the venue to the stage, these flags were then raised onto the lighting truss above the stage. All the fans were electrified with excitement before a single note was played. This only seemed to build once the band hit the stage. They played several new songs that will be on the upcoming CD Sound of Sunshine which will be out later this month. As well as several songs from Stay Human, Yell Fire and Everyone Deserves Music His music’s message is not meant to be loyal to one, class, race or clique of people. Which is a truly amazing thing and am glad that music has this effect on people. He invited Red Rocks famous dancing bouncer on stage along with a couple fans in wheelchairs for one of the songs.

Michael and the band played in the crowd during yell fire and some of the subsequent songs following. They invited several fans up on stage to dance and sign along during the song. They ended the night by inviting all the children in the venue to come up on stage and sing the last song with the band.

One of the things about Michael Franti is his message is about positive actions, love and compassion. These are principles the world needs more of and he is a great conduit for these messages. I feel in a lot of ways music embodies this in general but Franti is able to channel the beauty of music and share it with the people that come to his show. A friend say seeing Spearhead is like going to church That is a big claim but he’s not entirely wrong. The message you leave with is of love, hope and community. If that is what church is about, then sign me up.

BROOMFIELD, CO – Michael Franti was the busiest musician in town this past week. Harvest Ball was in town to play at the 1STBANK Center in Broomfield with his band Spearhead. The day before he played an acoustic set at Independent Records on Colfax And on Saturday morning he played at a Yoga Studio. The 1STBANK Center gig featured to concerts one being a matinee show for families and children that started at 2pm then a night show at 8pm.

It’s great to see performers who play with heart. Michael’s passion and love for his music and fellow man is a refreshing thing to feel from a artist. The concert was titled the Harvest Ball and is one of Franti’s favorite of the year, it is a celebration of family, friends and the spirit of Thanksgiving. He and Spearhead played several songs from his recent album Sound Of Sunshine.

Franti and the band also played songs from their other albums, it was a great show. I left feeling energized and thankful for the friends and family I have in my life. Michael Franti and Spearhead sold out Red Rocks this past summer. 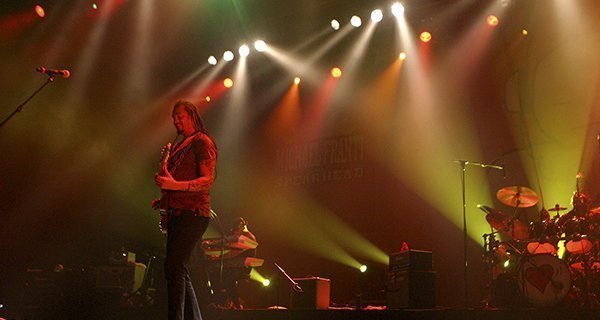 Be the first to comment on "Michael Franti Colorado Concert Run"