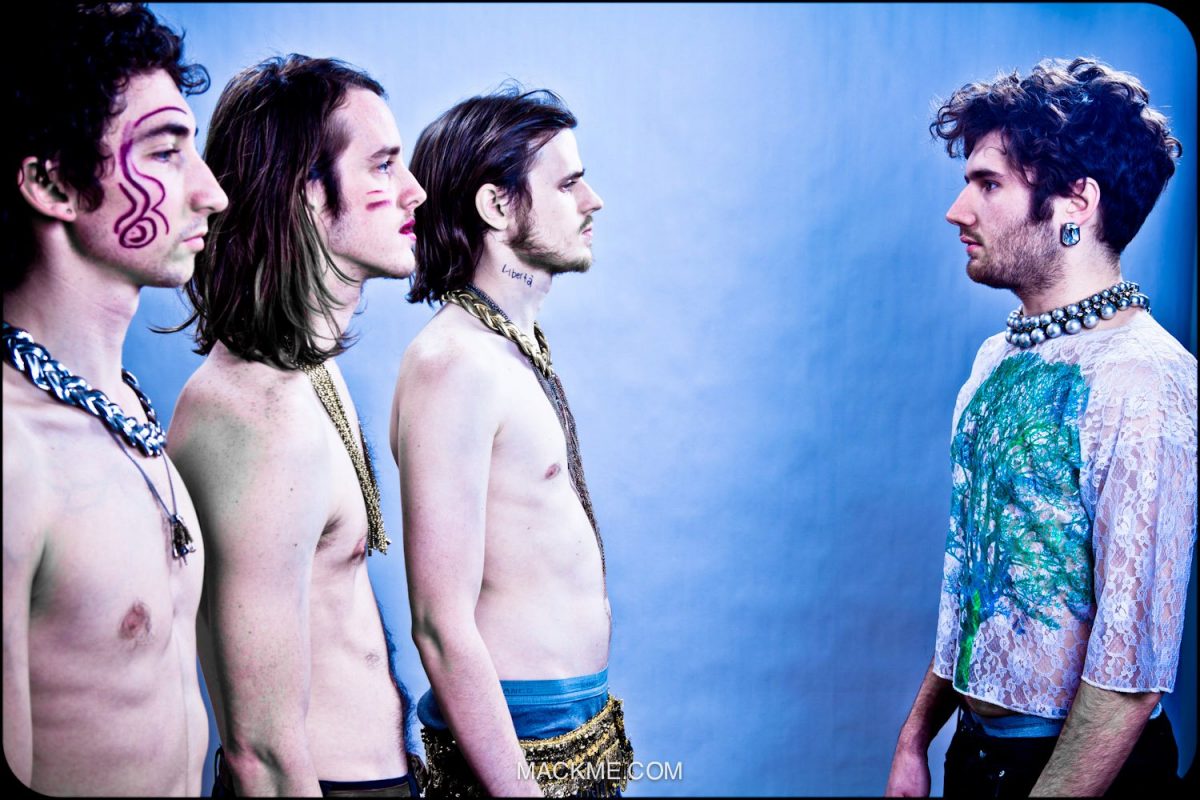 We got the chance to talk Nick Bockrath guitarist/keyboardist for NICOS GUN. The band will be performing at this years Bisco Inferno and we wanted to give our Colorado readers a sneak peak at whats to come at Red Rocks.

Hey Nick, I appreciate you taking to talk to the Mountain Weekly News during NICOS GUN second tour of 2011. NICOS GUN is playing at 4 major festivals across the country this summer; Bisco Inferno, Roots Picnic, Gathering of the Vibes and MTK. How will you approach playing on a larger stage differently then you would a club gig?
Nick Bockrath: Festival type shows the energy’s high with shorter slots. We want to get people out dancing and keep the energy up. In the clubs you can stretch out more, get weird, it’s not as consolidated with set times.

Red Rocks is celebrating there 100th year of musical performance this summer, what does playing at such a legendary venue mean to members of NICOS GUN?
Nick Bockrath: It’s been a dream of mine to play Red Rocks. None of us have ever even been to Colorado!! I saw footage of Red Rocks when I was little, and now were really getting to play there, it’s incredible. I have friends who have played Red Rocks before and said it was the best outdoor venue in the country!!!!

The lineup for this year’s Bisco Inferno looks strong with NICOS GUN, Disco Biscuits, BoomBox, Big Boi and Rusko all playing on one stage. Have you guys ever performed with any of other bands that will be at the Red Rocks?
Nick Bockrath: We actually have never played with any of the those bands. We work out of the (Disco)Biscuits studio, we have played with Conspirator a bunch were good buddies with the guys from the Disco Biscuits.

I hate trying to classify music generas, what type of music would you say Nicos Gun is?
Nick: We have lot’s of influences, were not a rock-n-roll band. Everything from the Stones, Talking Heads, David Bowie new and old music. There’s definitely a dance element with a punk attitude. Kind of like the (Rolling)Stones had with edginess while still being able to play the sweet songs. It’s a hard question, I don’t know electronica live band.

Members of Nicos Gun have have worked with the likes of Ludacris, Kelly Clark, American Babies, Elevator Fight and the Roots. Do you plan to collaborate with other musicians on the next NICOS GUN album?
Nick Bockrath: Yeah actually, Harry(Zelnick) had an idea for some sort of mix tape us collaborating with different rappers which would be a fun. Harry has a whole lot experience producing hip hop and rap it’s a cool thing, total open to any collaboration.

I saw an interview on the website Troysnoise.com that mentioned you guys had had like 80 bands before forming NICOS GUN. Has this helped to influence your bands unique sound?
Nick Bockrath: Totally, everyone comes from different worlds we group together with all types of music. Harry is used to being in the producers chair this is first real band! He comes from the studio world, both studio and live music influence each other. We use scratch logic session jam the record in a reverse process. We started as a project before a band, Harry and I met at a party he was like we should “make some shit”. Then Barney(Cortez ) came through he’s a great song writer. We didn’t know it at first but it slowly grew into a band. We added members and naturally turned into a live band.

You’re the second electronica band to come out of PA that’s making big waves. What’s the music scene in Phily like?
Nick Bockrath: Philly’s great man, so many types of music. Lots of people don’t know about the big studio scene and session players that all live in Philly. Jay-Z’s band lives in Philly, Lady Gaga’s band, a lot amazing players lots of jazz and soul. The Roots Larry Gold’s studio is down the road from the biscuits. There is a niche for everything. Dr. Dog is out of Philly, folk artist, country Americana, Luther Vandross, John Coltrane. It’s a middle class city with lots of soulfulness, you can tell musicians that are from Philly they have there own grove. NY and LA are known as music mecca’s. When (David)Bowie broke up the Stardust he got all local Philly musicians on the Young Americans album.

Anything you want to tell the music fans in Colorado and beyond about NICOS GUN?
Nick Bockrath: Were super excited to be heading to Colorado. We have been constantly recording, creating so much music. We all live and work together, writing and making music on a daily basis! Couple other festivals / tours to be announced.