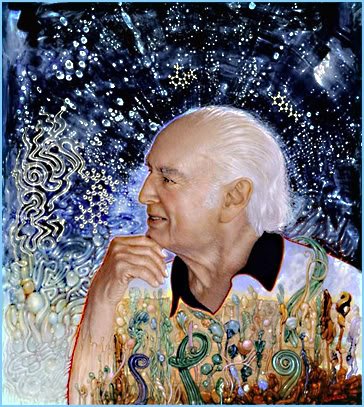 CANBERRA, Australia – We are very sad to report Owsley Stanley has died in a car accident on March 14th, 2011. Stanley, a one time Owsley Stanley grateful dead tour manager and the sound engineer was credited with design the bands Steal Your Face logo that continues to live on to this day and for generations to come. A counter-culture icon, Stanley was known for creating and distributing the drug LSD. Known outside of the hippie world as well, the Oxford English Dictionary lists “Owsley” as a noun to describe very pure LSD.

A July 2007 issue of Rolling Stone Magazine proudly titled “Owsley Stanley: The King of LSD Would the Summer of Love has ever happened without Stanley, the reclusive acid impresario who turned on the world?” Features a full article on Owsley Stanley, the 60’s and the government’s fears of Americans using LSD.

“I always trusted what happened on acid. Everything that happens to you on acid is real. Everything you see is real, everything you experience is real, everything you think about is real. The thing about it is, that a lot of the stuff you see does not stuff you see when you’re straight, because when you’re straight you’re limited. The acid removes the “filters” and lets the noise through. That “noise” is as real a part of the universe as the other part that you do allow to pass through, it just hasn’t been important for you. That’s a survival issue, we discard a lot of sensory information to make our daily lives simpler. When you open those floodgates and let it all pass, you let in a lot of stuff that’s as real, and often more interesting than the stuff you usually let through. The patterns that you see when stoned, for instance, are an artifact of the way the nerves in your eyes are arranged and mapped into the brain. Beautiful noise!” – Owsley

Heaven must be partying today with the induction of Owsley Stanley. Owsley also is known as “Bear” said Jerry Garcia is ‘Satan in our midst,’ friend, chemist, psychedelic legend, and electronic genius; not a leader, but a moon with a gravitational pull. He is a prince of inefficiency, the essence at its most perverse of what the Dead refuse to give up.” I wouldn’t doubt that Jerry Garcia was waiting at the gates with open arms.

In Denver, Colorado Owsley’s legacy will continue to live on as a concert venue named Owsley’s Golden Road has become a fixture in the local music scene.

Feel free to share your thoughts on Owsley below.