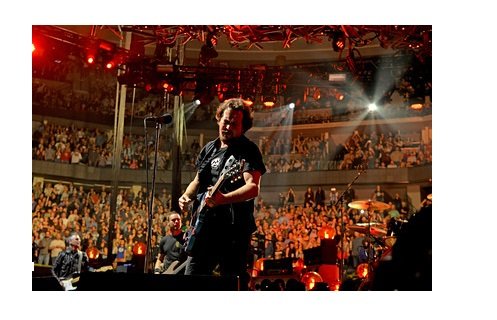 DENVER, CO – Pearl Jam doesn’t make it through Colorado nearly enough, so when they come through it is not to be missed. The Band just wrapped up their current US Tour in Denver, before heading off to Neil Young’s Bridge School Benefit in California.

October 22nd in Denver happened to be a milestone for Pearl Jam; it was 24 years to the day of their first gig in Seattle. 24 Years is a respectable number for any band , and to have gone strong for all those years , while many other bands break up and get back together for one or many reunion tours , Pearl Jam has been carving out a niche that other bands in their genre can’t match let alone in general within the music industry.

This is the first Pearl Jam Tour since the Roskilde Tragedy, which Pearl Jam allowed General Admission Tickets in the Front of the stage. These tickets are primarily reserved for Ten Club Members, which is Pearl Jam’s Fan Club. 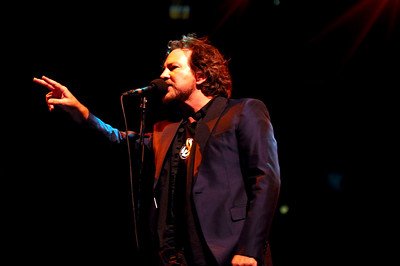 This is promising because allowing General Admission Seating could mean a potential string of shows at Red Rocks in the summer. Highlights of the show were many but seeing Pearl Jam cover “Eruption” by Van Halen , “Imagine” by John Lennon , “Mother” by Pink Floyd , Baba “O’Riley” by the Who were just a few. The Band played 38 songs and played nearly a 3 hour set, sounds like something you favorite Jam Band would do. Only Difference is you favorite Jam Band can’t rock this hard! Only thing that could have made this show better was if it was a 3 Day Run at Red Rocks. 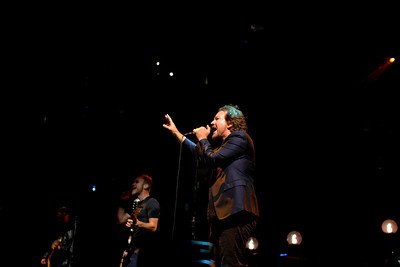 Be the first to comment on "Pearl Jam Pepsi Center Review"