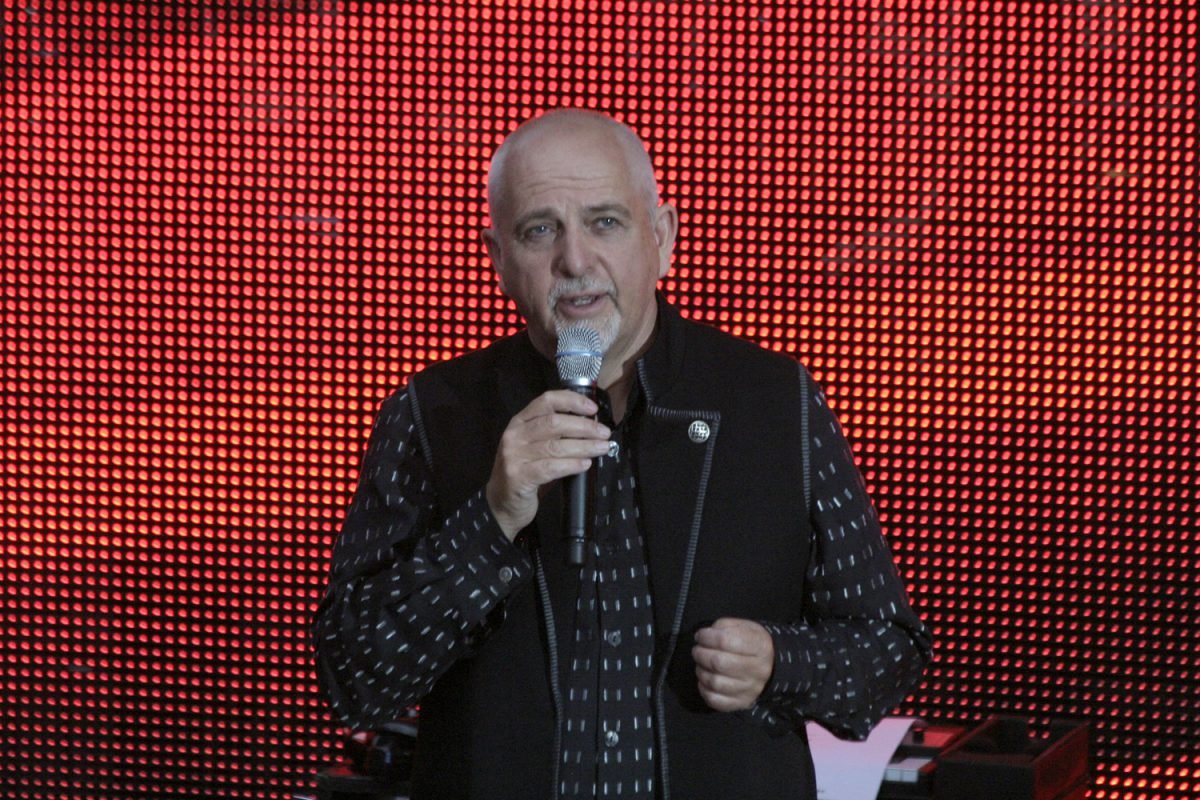 MORRISON, CO – Peter Gabriel was excited for his first Red Rocks performance which was apparent when he addressed the crowd before the show. Peter Gabriel is known for his amazing vocal range, outlandish theatrical performances and passion for humanity and world justice. His music has influenced many performers over the years.

Peter Gabriel brought the New Blood Orchestra to Red Rocks to play a mix of covers and classics. The night started with dark storm clouds building over the city, lightning flashes sparked the excitement of the audience during the opening song Heros by the third song rain was starting to come down and the audience quickly slid into their ponchos, rain jackets and warm clothing, this is Red Rocks and a little weather will not dampen the night for the Colorado music fans. Gabriel dedicated The Arcade Fire’s song My Body Is A Cage to those in the crowd that did not come prepared with proper rain gear. The rain lasted for ten to fifteen minutes before clearing. Gabriel then played Washing of the Water and ended the first set with Biko a song about Stephen Biko who was killed during the struggles for equality in South Africa during the 80’s.

After a short set break, fans were ready for a second set. San Jacinto started the mood; the song was accompanied with video displays of Indian Totems and symbols of eagles, coyotes and wolves, great song. The New Blood Orchestra gave a funky symphonic sound to Digging in the Dirt. The song Mercy Street, was possibly the best song I have seen at Red Rocks since seeing Metallica play when I was a teenager. Blood of Eden was Ethereal; Intruder has a dark and scary feel, with a cool aspect that reminded me of Tool.

Gabriel took the time thank the Red Rocks crew as well as his own, noting that the show would not be possible without them. Closing the set out with Red Rain and Solsbury Hill the crowd was on their feet singing every word. For the Encore they performed In Your Eyes and Don’t Give Up, Ane Brune did the female vocals on this songs and it was absolutely stunning. Her words floated through the venue giving a feeling of hope to those in need. The show started out with dark rain clouds on the horizon and lightning off in the distance, it ended with clear skies and a nearly full moon. An amazing night at Red Rocks to say the least, this concert will be hard to top.

Gabriel’s latest album is a non-traditional cover album, in which he covers songs by musicians who have had an influence on him. The album titled Scratch My Back covers songs by Radiohead, David Bowie, Lou Reed, The Arcade Fire, Neil Young, Regina Spektor, Paul Simon and others. The album features Gabriel playing with a full symphony orchestra, they take these amazing songs and work them into a completely different arrangement and sound. 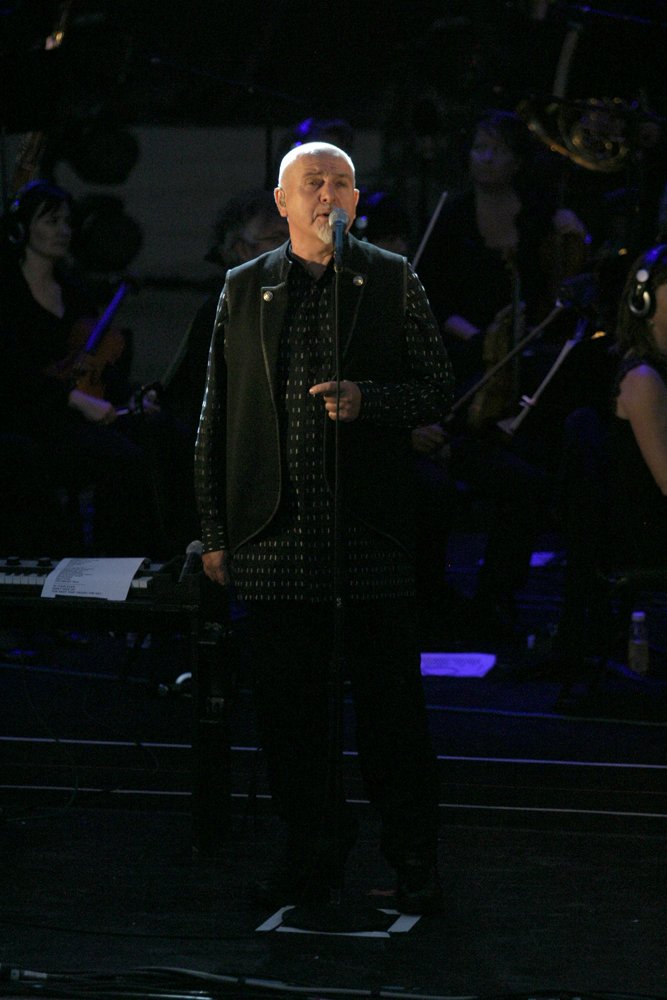 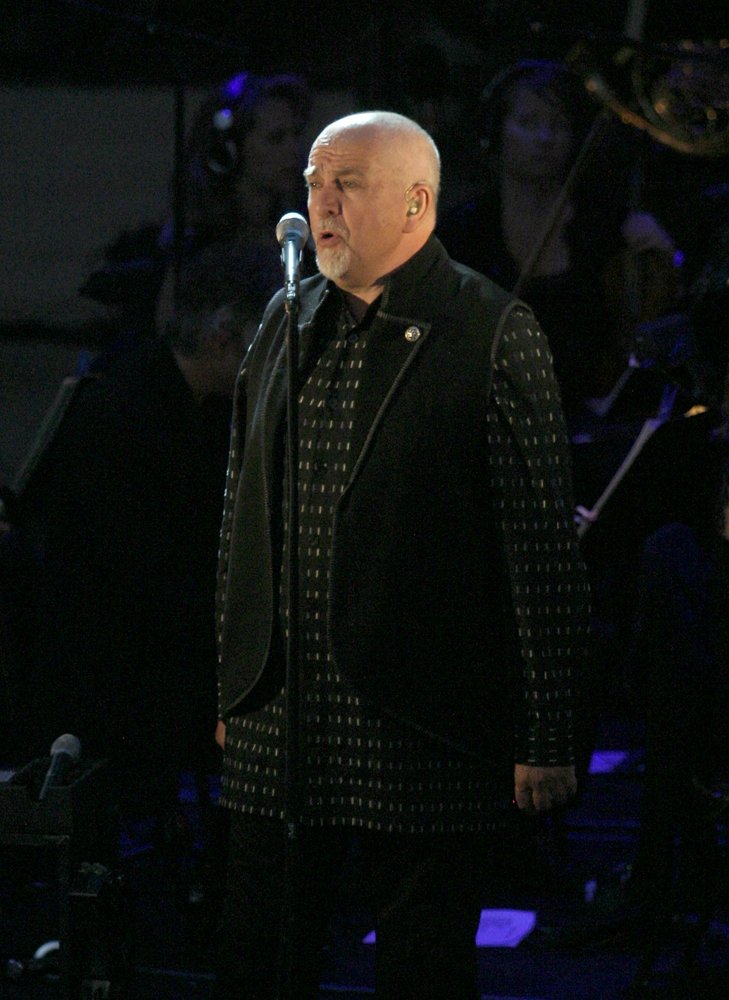 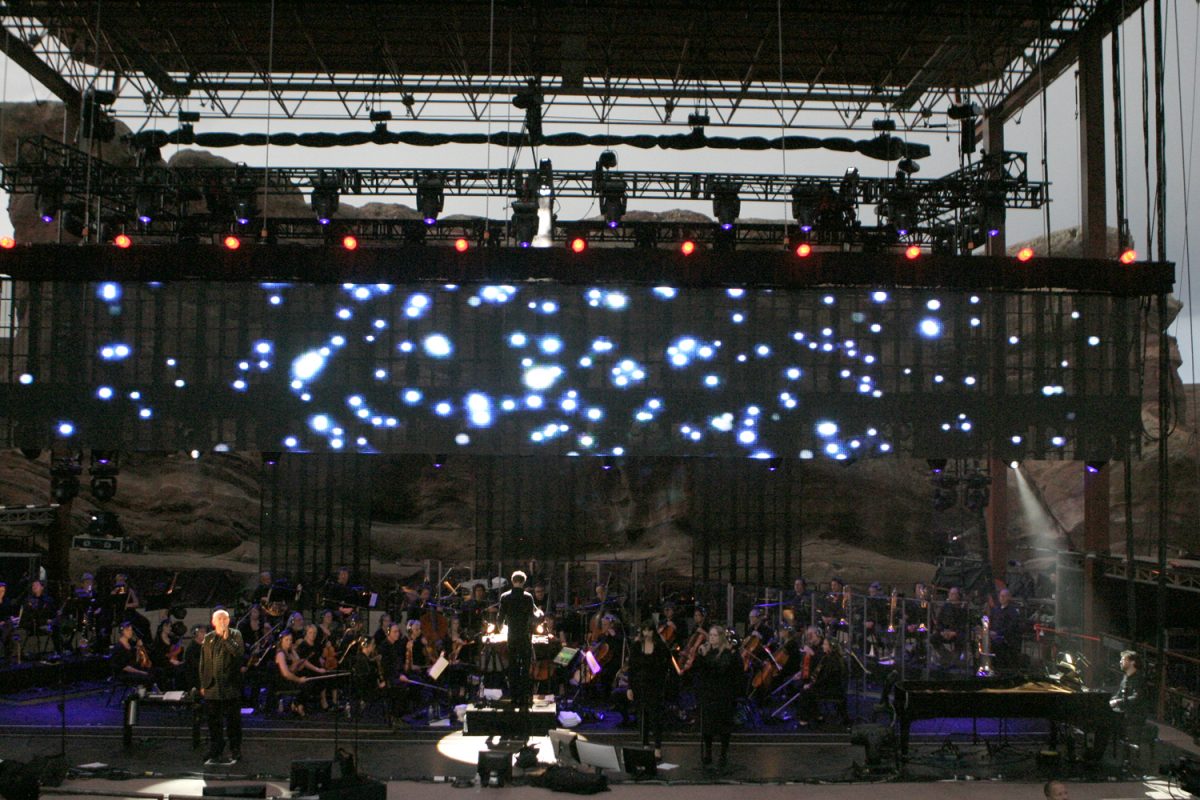 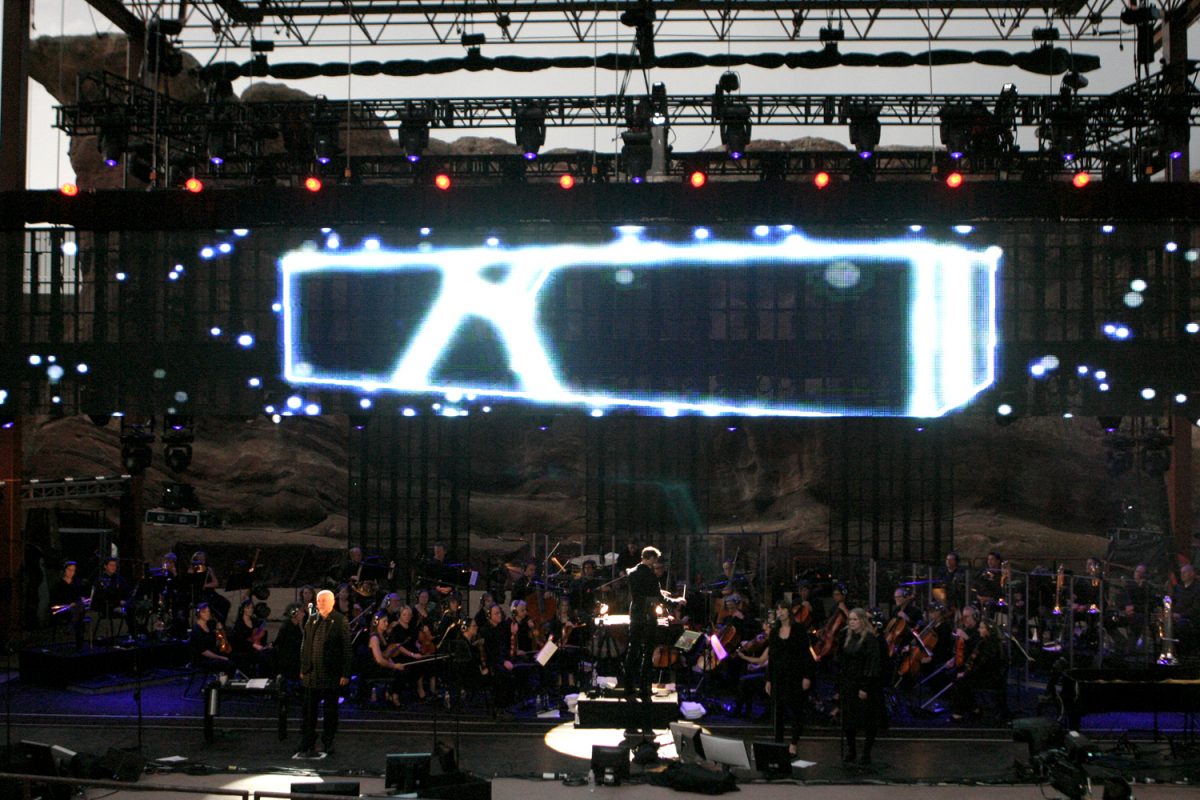 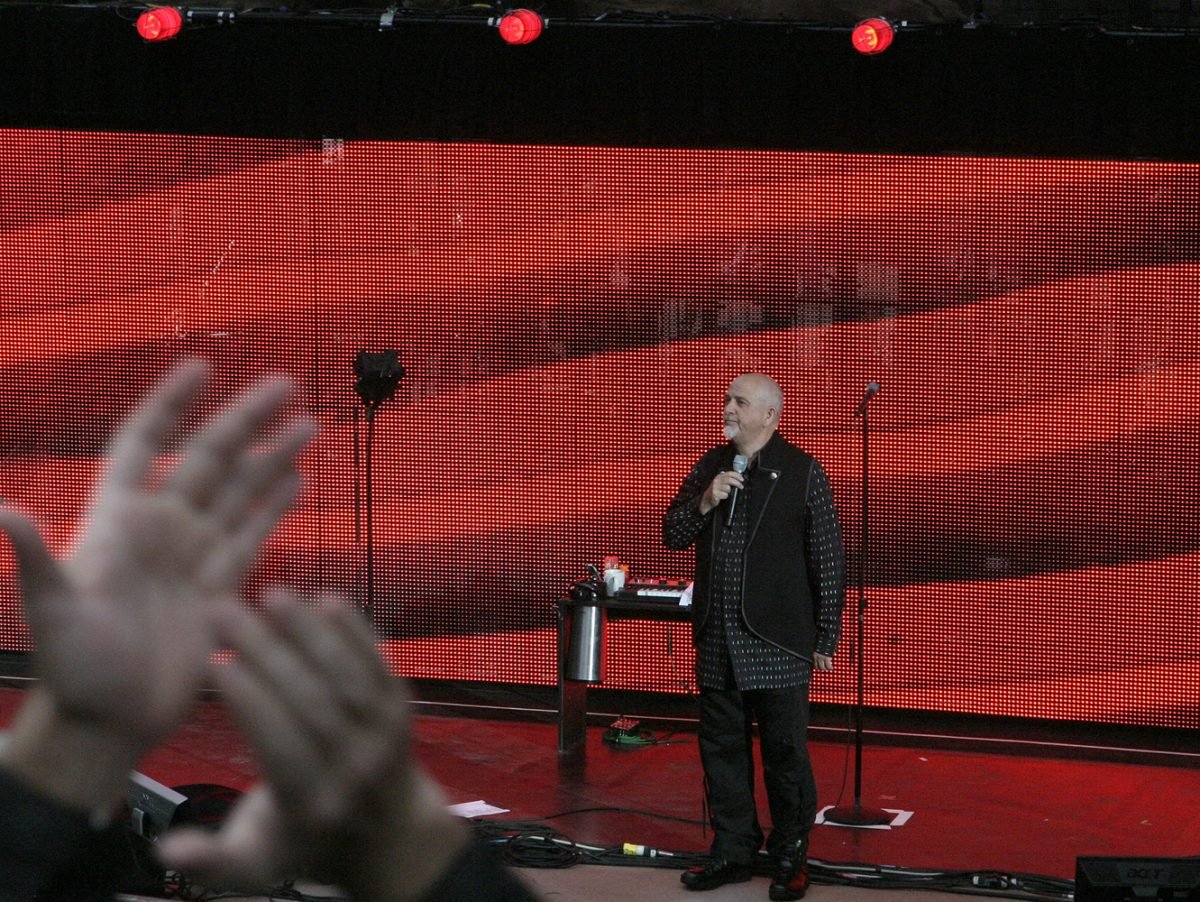 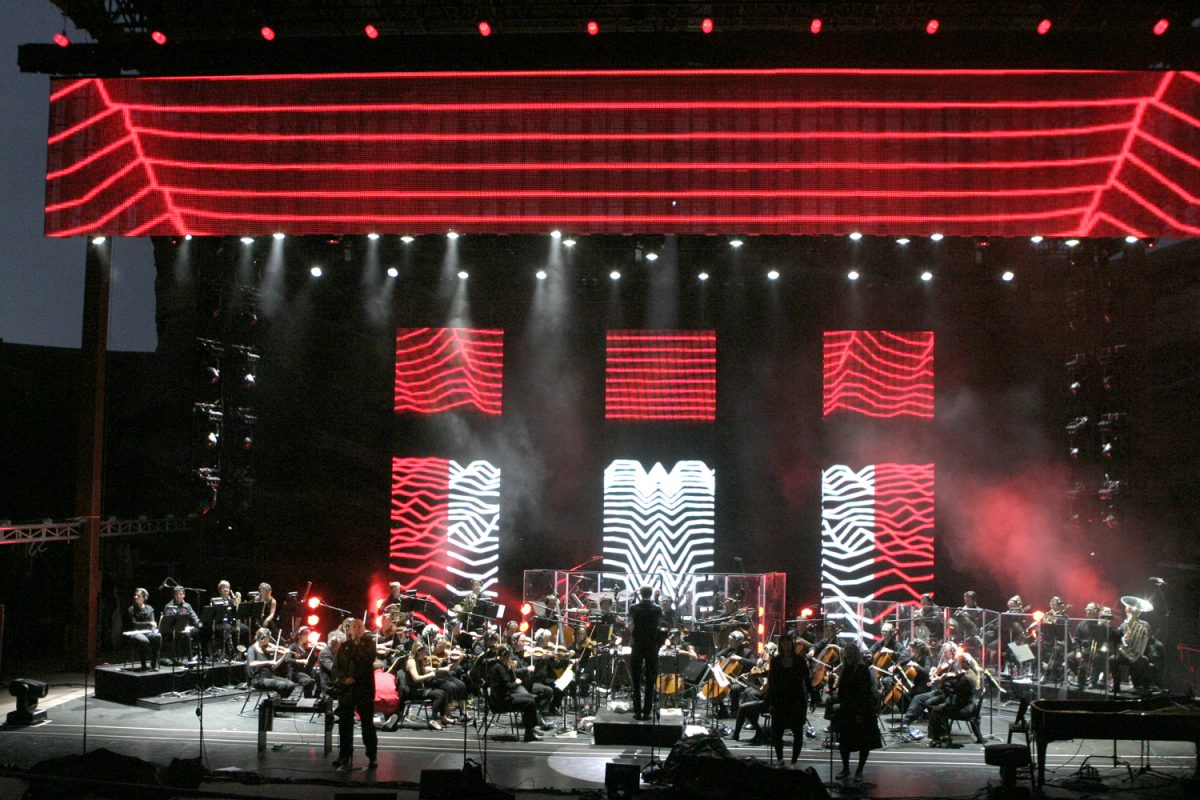 Be the first to comment on "Peter Gabriel Red Rocks Photos"