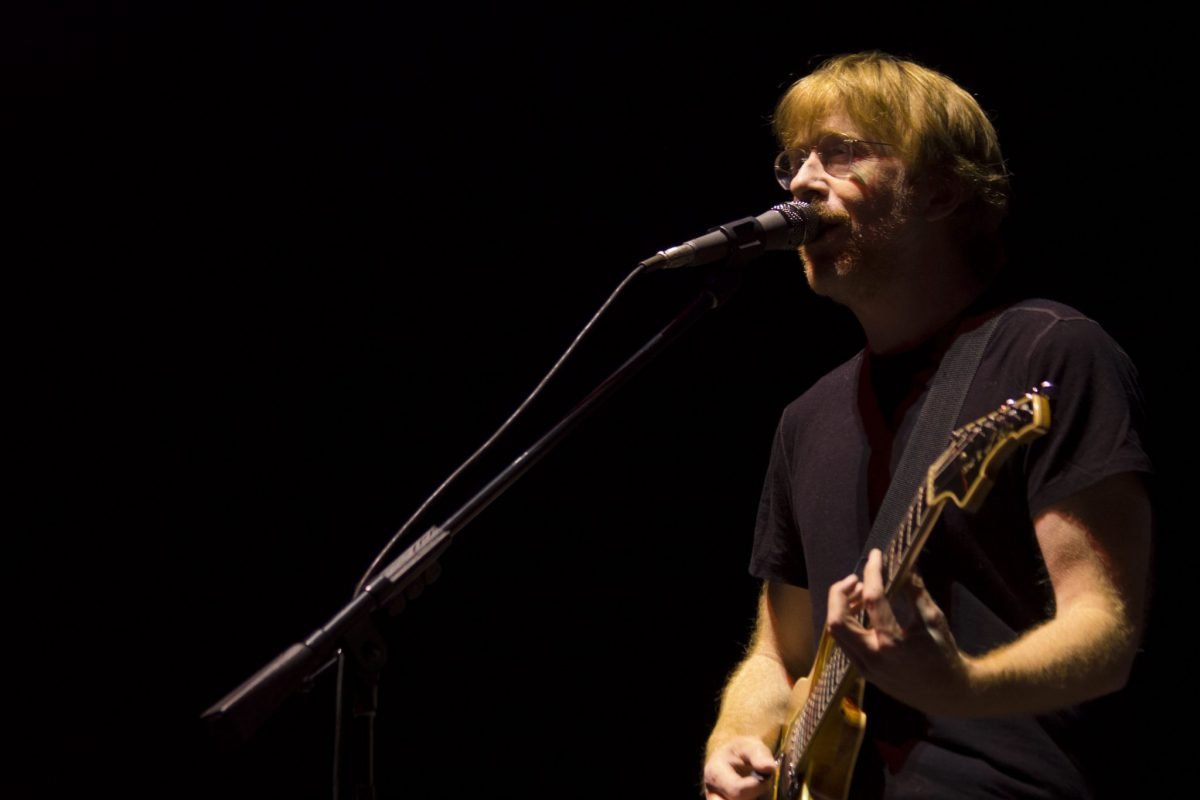 COMMERCE CITY, CO – For the third year in a row Phish closed out their summer tour at Dick’s Sporting Goods Park in Commerce City, Colorado. The bands tradition of spelling something out via the first letter of each song played continued however this time the wordplay trickery was done in reverse order spelling out the message “Most Shows Spell Something.” This created a frenzy with long time followers scrambling to check old setlist to see what that had been missing all these years, turns out it was just a big joke between Phish and their loyal fans. 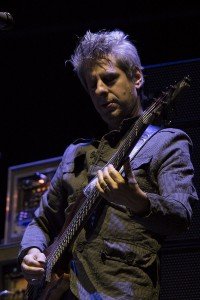 The Friday night show at Dick’s featured a few special treats from Phish including the debut of a new song called “Easy to Slip” a Little Feat cover that’s been played by Mike Gordon’s band and “Oh Sweet Nuthin'” a Velvet Underground cover that hadn’t been heard since 8-15-2010.

Phish kicked off with the night with the song “Ghost” which was the first time the band had opened with the spooky funk driven tune since the Fillmore on August 15th 1998 setting the tone for a fun weekend to follow. Three songs into the show Trey led the band into “Icculus” which was another rare treat, even though it seemed a bit rushed and out of place the crowd will surely remember hearing it live especially so early into a show. 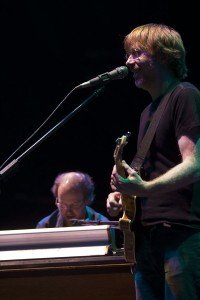 Setlist encyclopedia aside the band seemed to be having fun on stage and felt at home playing to the familiar Colorado crowd at Dick’s. The twenty two songs during the first night were played flawlessly from a band that seems to be at the peak of their careers during what’s being called Phish version 3.0.

To end a great night of music Phish got the crowd going as they cranked into Meatstick featuring Japanese lyrics.

The first night of Dick’s was fun, funky and a good warm up for what was about to follow the next two nights. Full throttle action packed psychedelia at it’s finest.