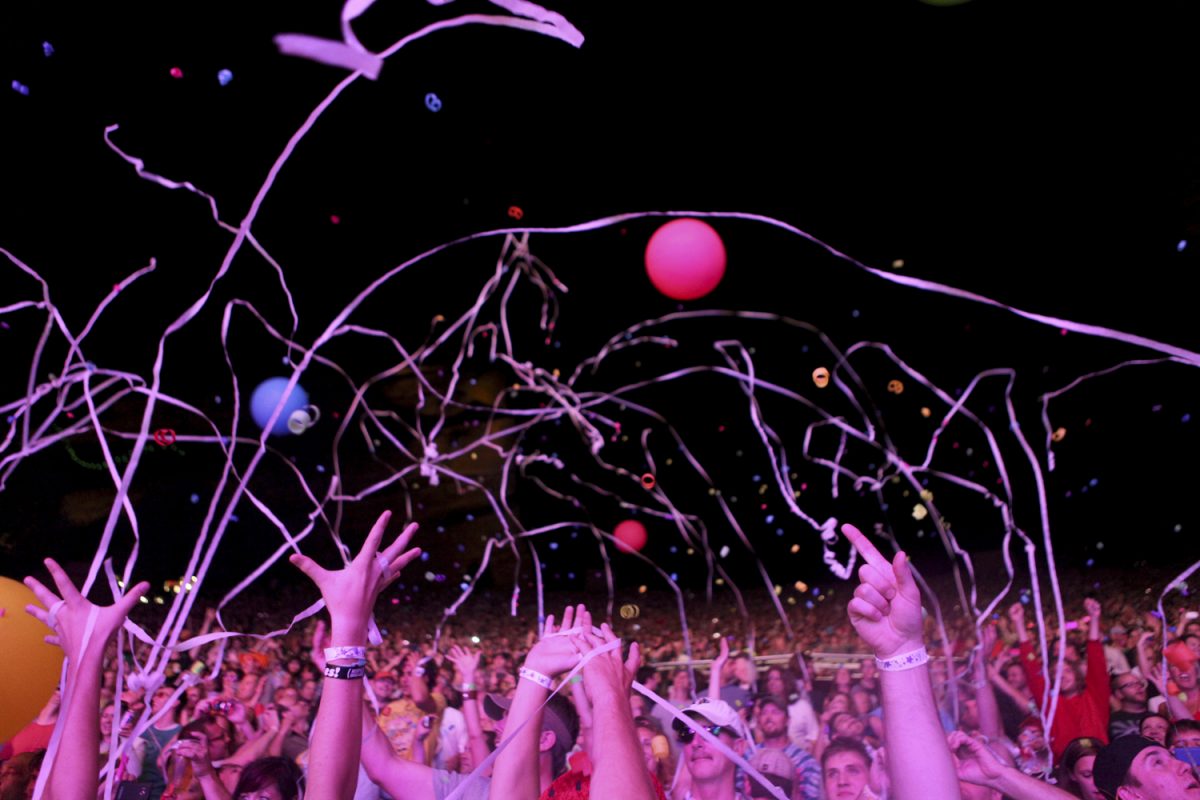 MORRISON, CO – Red Rocks Amphitheatre hosted two of the best bands currently touring the country, Primus and the Flaming Lips. Also on the bill was Morning Teleportation an up and coming band with lots of promise. Morning Teleportation have a great sound and are full of energy, they are going to make a name for themselves over the next couple of years. You heard it here first, check them out next time they are in town.

Primus on the other hand has been blowing people’s minds with their music since the late 80’s and just finished a new album to be released in September. They will be playing two shows at the historic Ogden Theatre in October. Both show sold out in minutes, if tickets become available don’t hesitate to pick them up. Primus’s show at Red Rocks was flanked by two large space men, Buzz and Neal, the same guys they brought out last year. The band played a mix of classic tracks off Frizzle Fry, Tales From The Punch Bowl, Seas Of Cheese and some songs off the new album. Lee Van Cleef and Jilly’s on Smack were big hits with the crowd and if it is any hint of what the new album will be like, it’s going be a good one. 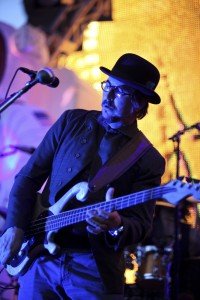 Les Claypool is hands down one of the most unique front men in the music business, his style of singing and lyrics are often colorful and cartoonish, with stories of fishing and friends as well as weird life experiences. He plays the Bass like no other he plays lead and thumps that thing with a loud pounding force, which gets you bouncing.

Claypool tried out for the band Metallica after Cliff died, and luckily he didn’t get the job, so Primus could continue to grow into what it is today. Primus was playing with Jay Lane, one of their original drummers who left to join Rat Dog with Bob Weir of the Grateful Dead early on in Primus’s career. Lane has been back for the last two tours. On guitar was the man fans know as Ler also know as Larry LaLonde, Ler is able to play both rhythm and lead guitar to complement Claypool’s ferocious Bass assault.

I have seen Primus many times over the years, and they always put on a great show, but at Red Rocks Les seemed happier or rejuvenated. He announced twice how they had been bouncing around the globe, and how amazing and Majestic Red Rocks was, He joked with Ler about how amazing this place was, Ler responded it is like my back yard, Claypool quipped Ler is not easily impressed, Well Ler, since you just lost half the crowd for us, you better use that six-string and win these folks back, Ler was up to that challenge and so was the crowd. During My Name is Mud videos of George W Bush were played as the Ex-President was made to look like a fool and global blunder. Primus also introduced a new video feature they have never used before. It creates visual patterns that correspond to sound. Really cool to see the different waves, various musical notes make.

Les apologized ahead of time if he spent the bulk of the show looking at the video screen. Phenomenal show, oh yeah the Flaming Lips were up next, and they are covering Dark Side of the Moon by Pink Floyd, to boot. Claypool mentioned too, how much he loves the Flaming Lips and how great their show is to see.

Ok so let me preface this by saying that the Flaming Lips are a photographer’s Wet Dream, they have such an amazing stage show that is simply hard to take a bad picture during their concerts. Front man Wayne Coyne is known to come out into the crowd in a Space Bubble that allows him to walk on the hands of the crowd; which can be tricky at Red Rocks as the slope of the venue is fairly steep. At past shows he only made it up several rows before gravity pulled him back towards the stage. On this night he made it half way up the venue to somewhere around row 38. When he got back he announced to the crowd I made it a long fucking way up there in that space bubble, wasn’t sure if I’d make it back, Thank You. 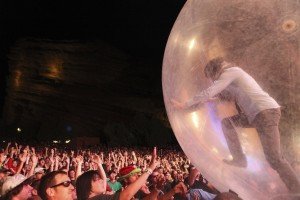 In classic Flaming Lips style the band mixed in the Wizard of Oz and had dancers dressed as Tin Man, Scare Crow, Lion and Dorothy. They also sung Somewhere over the Rainbow and If I Only Had A Brain as well as the songs from Dark Side Of The Moon. They ended the night with their song Do You Realize?? it was a magical night to say the least, the Flaming Lips are insane and Primus is equally talented, and to see them together at Red Rocks was pretty powerful. 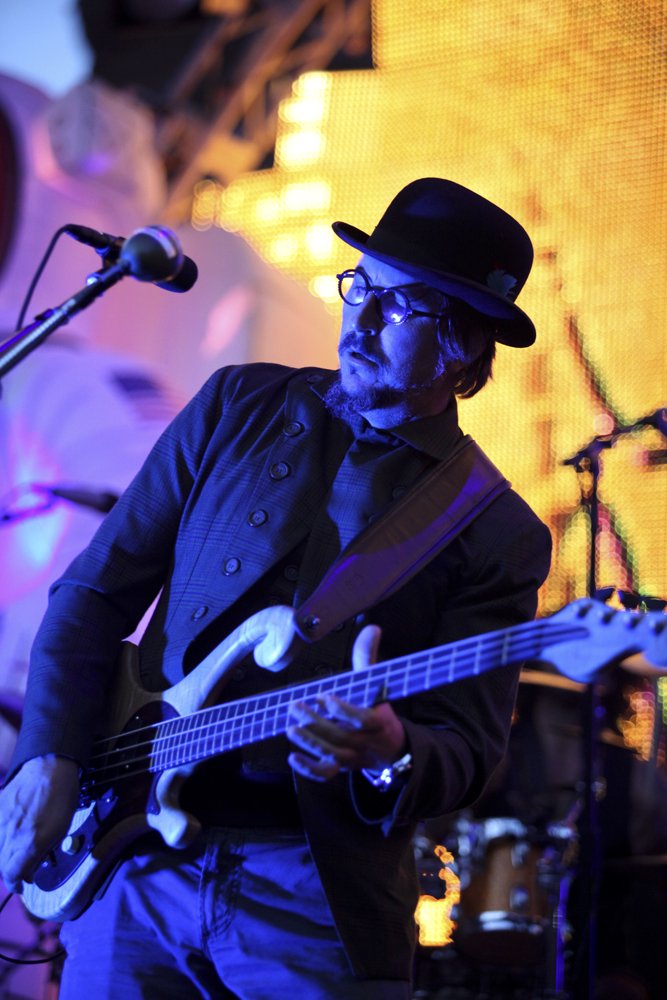 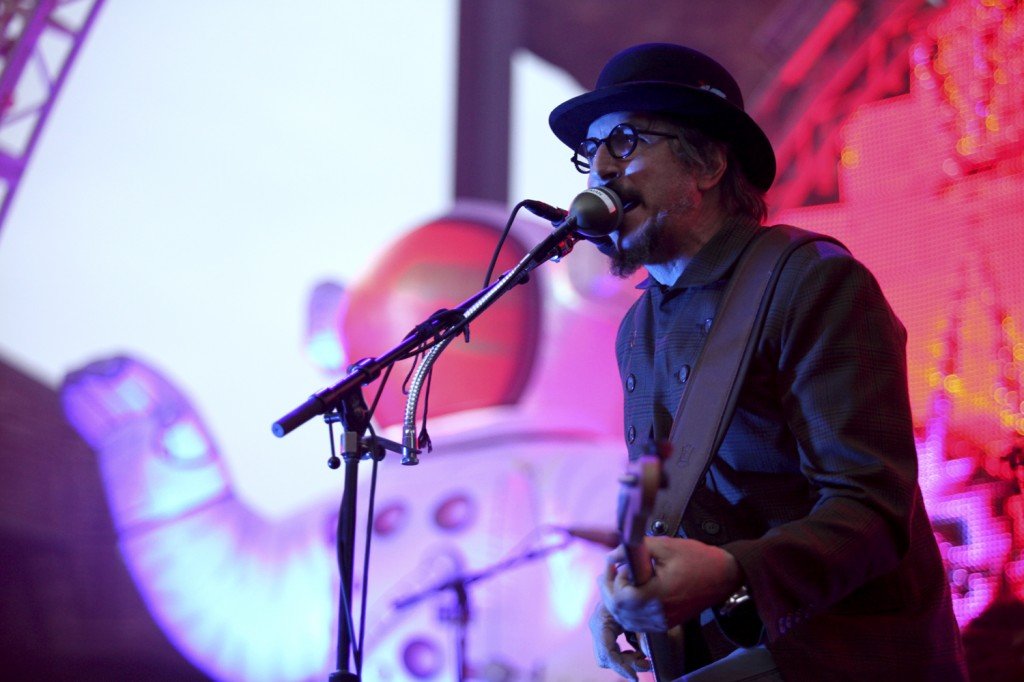 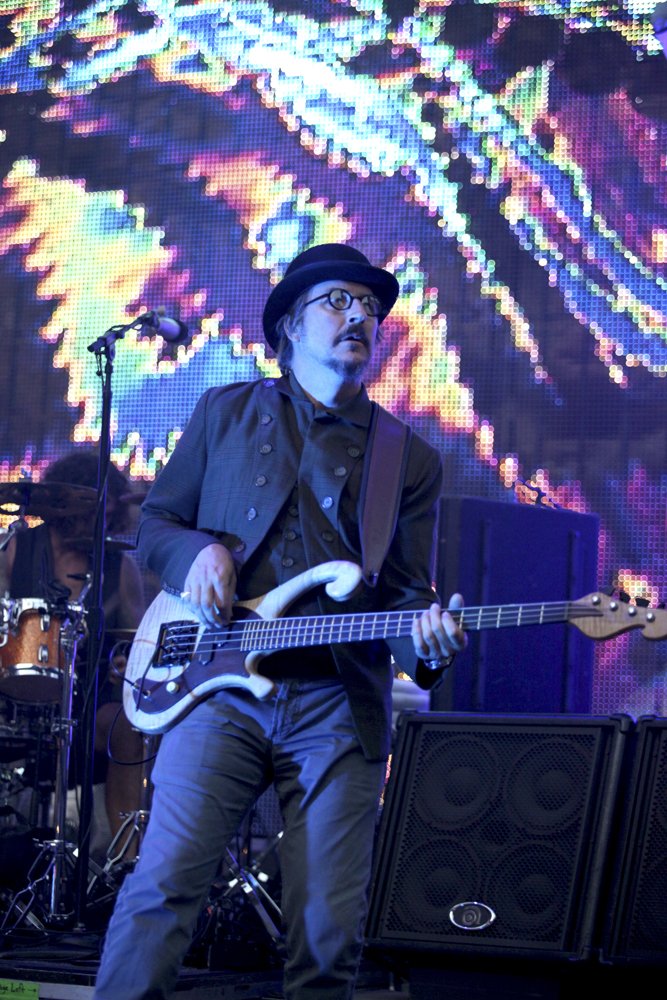 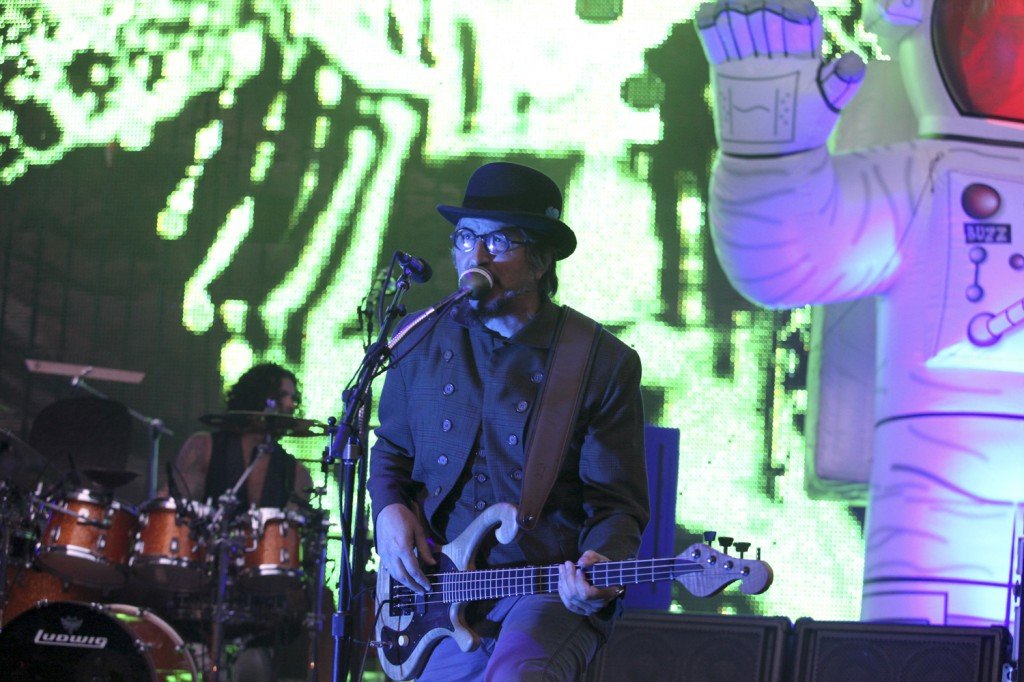 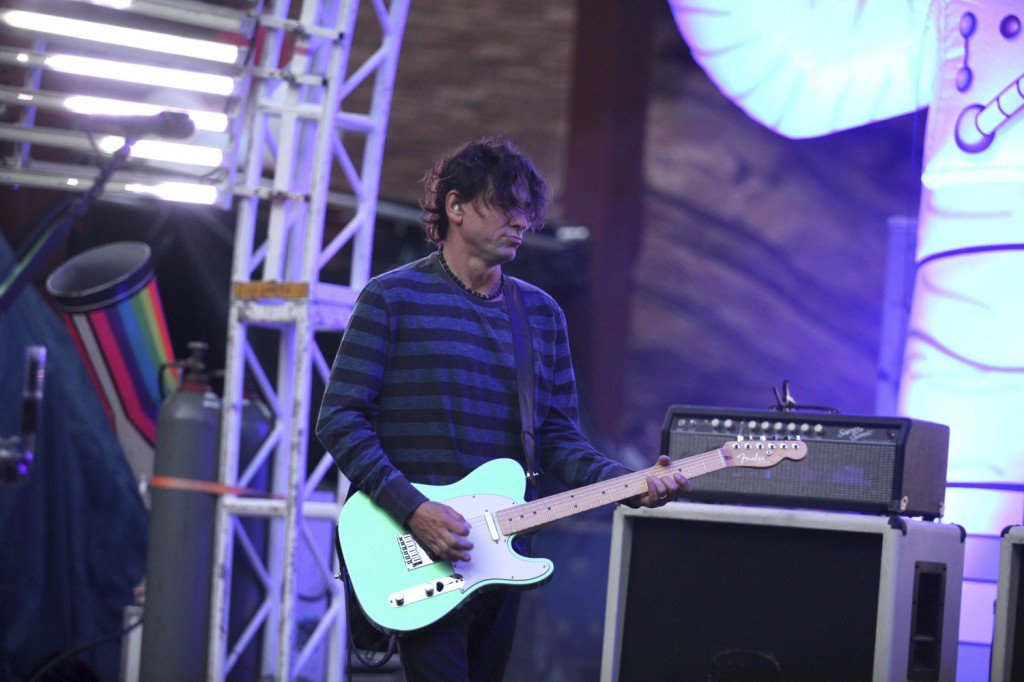 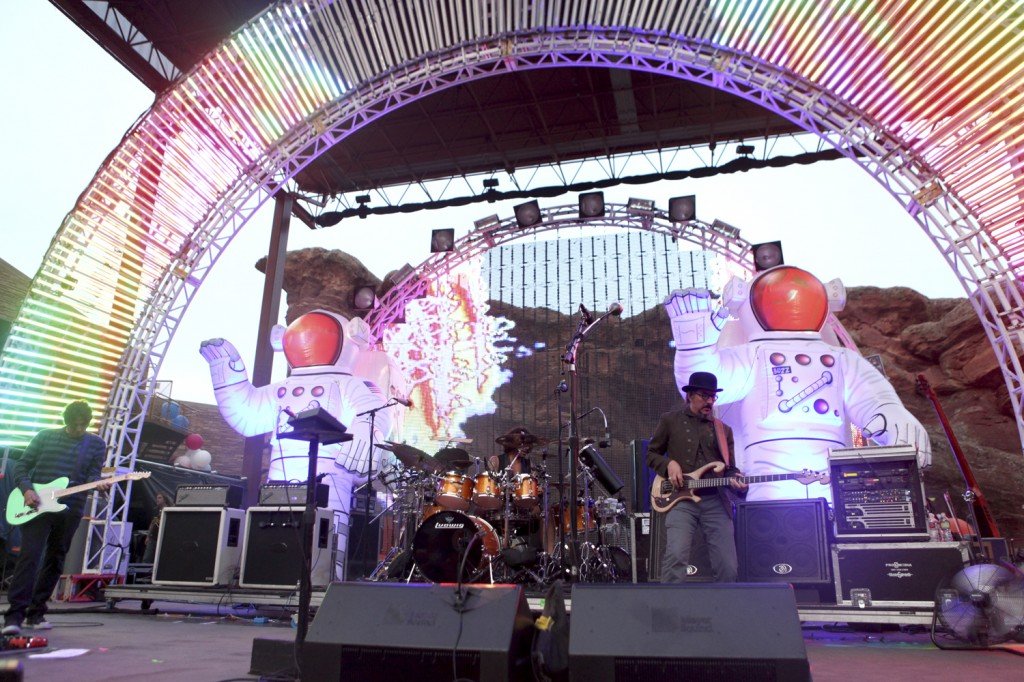 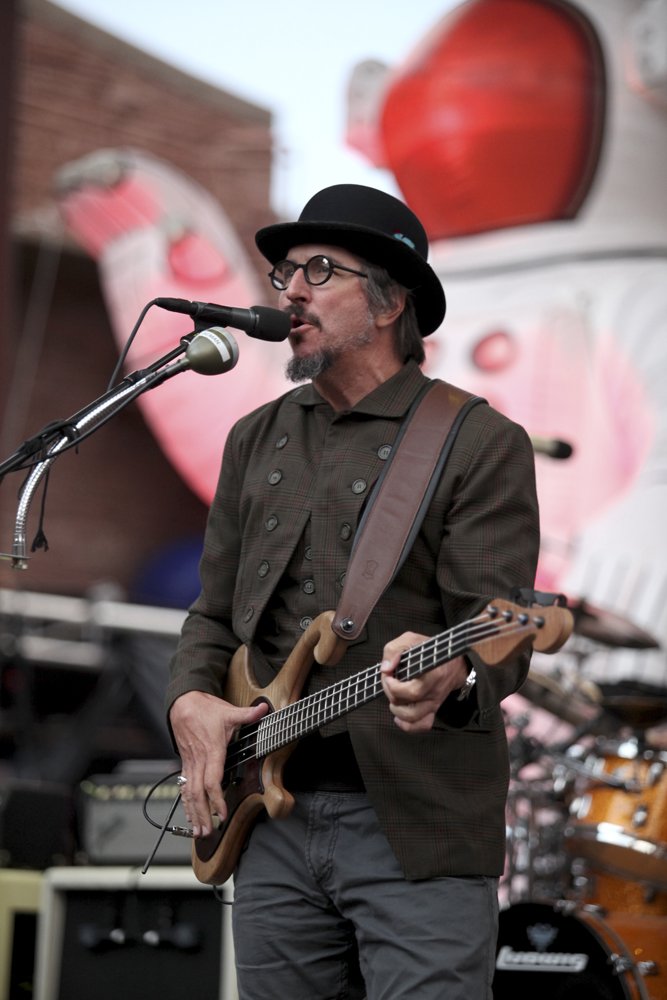 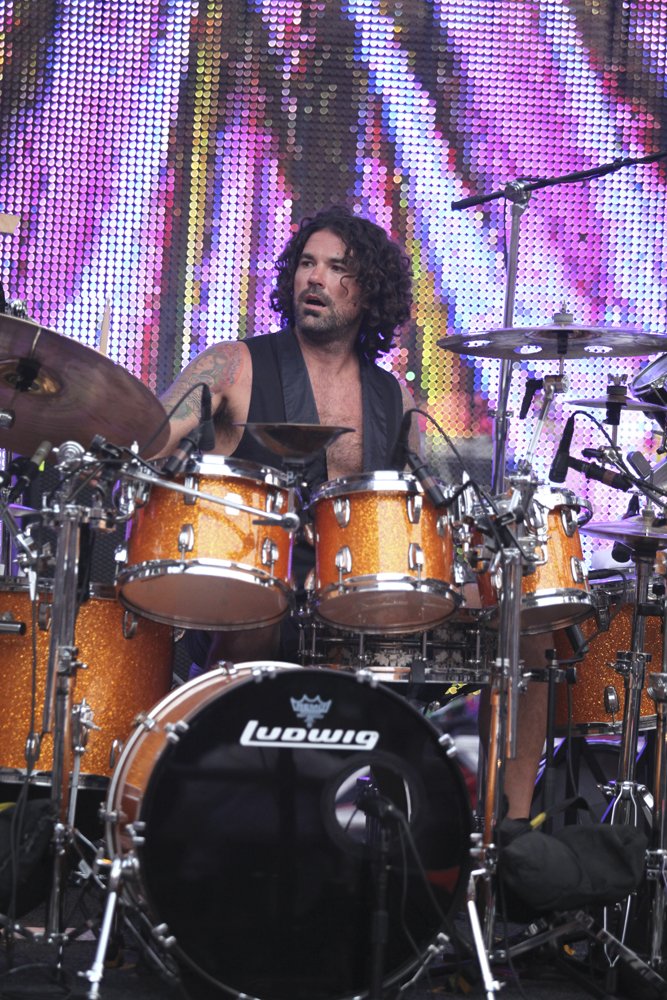 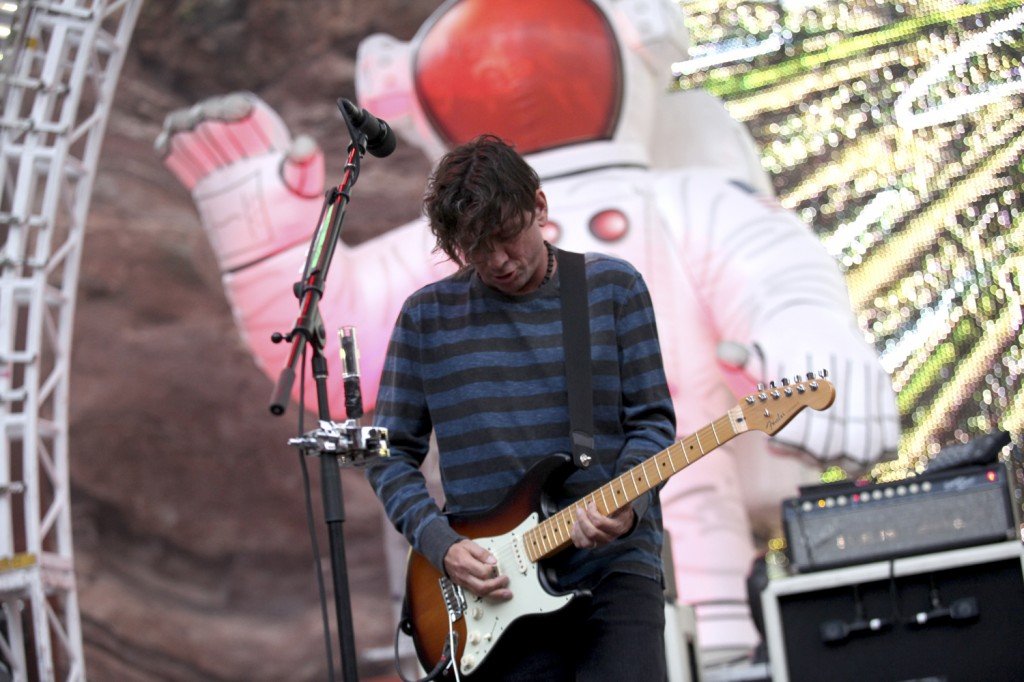 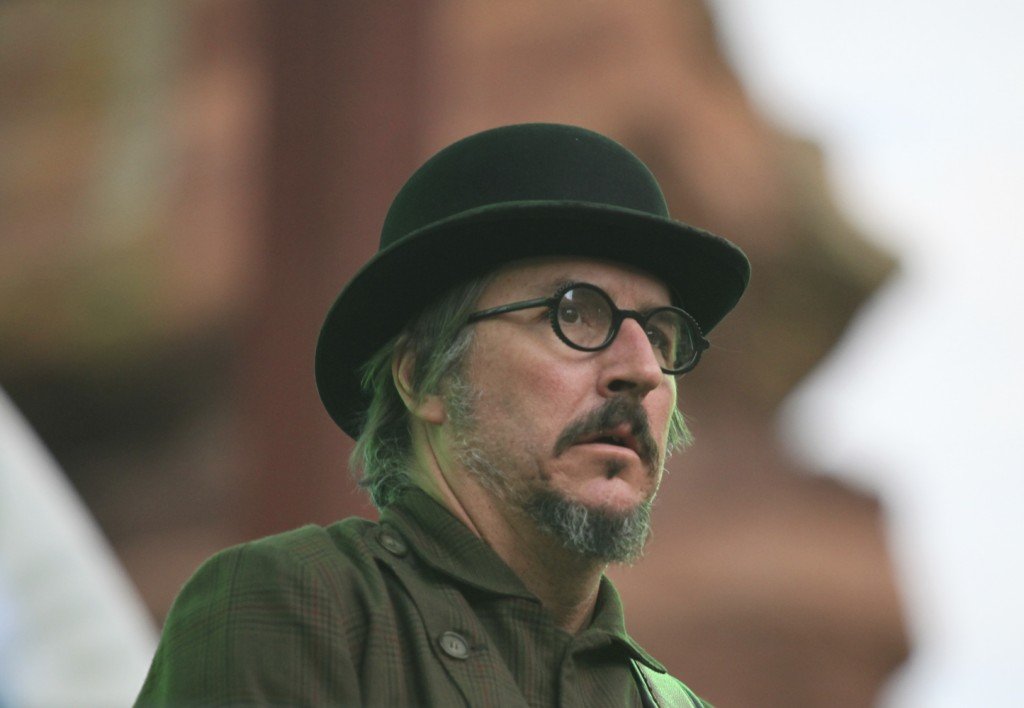 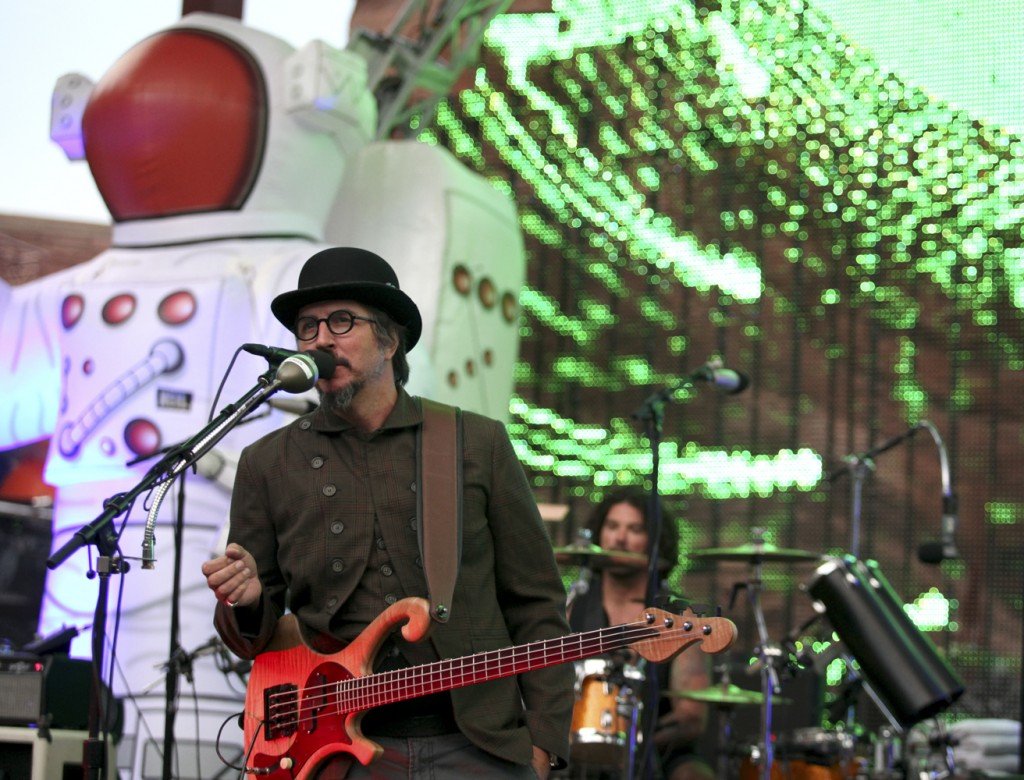 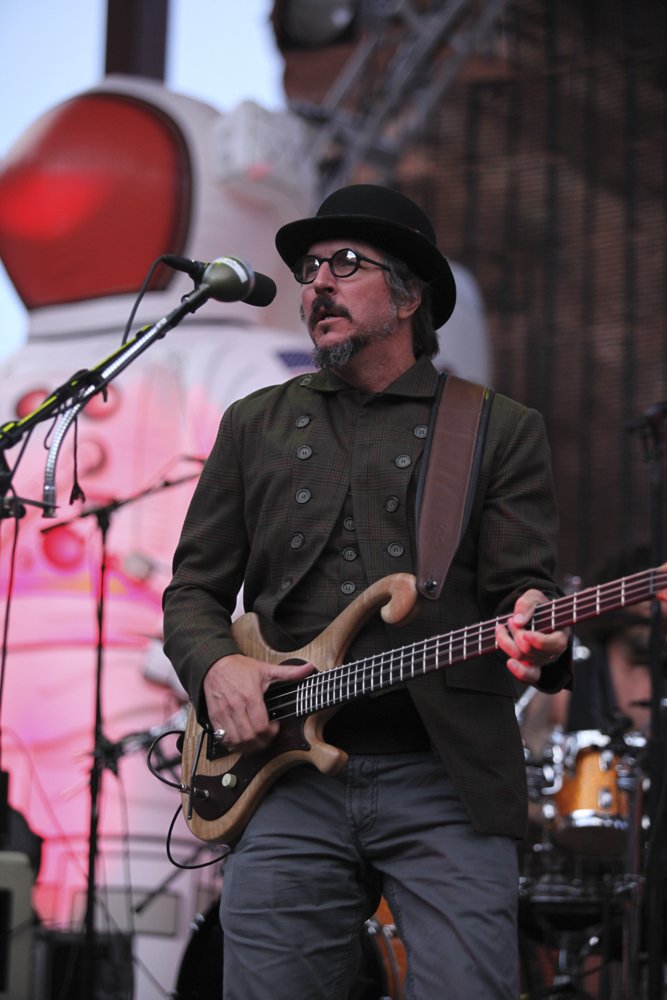 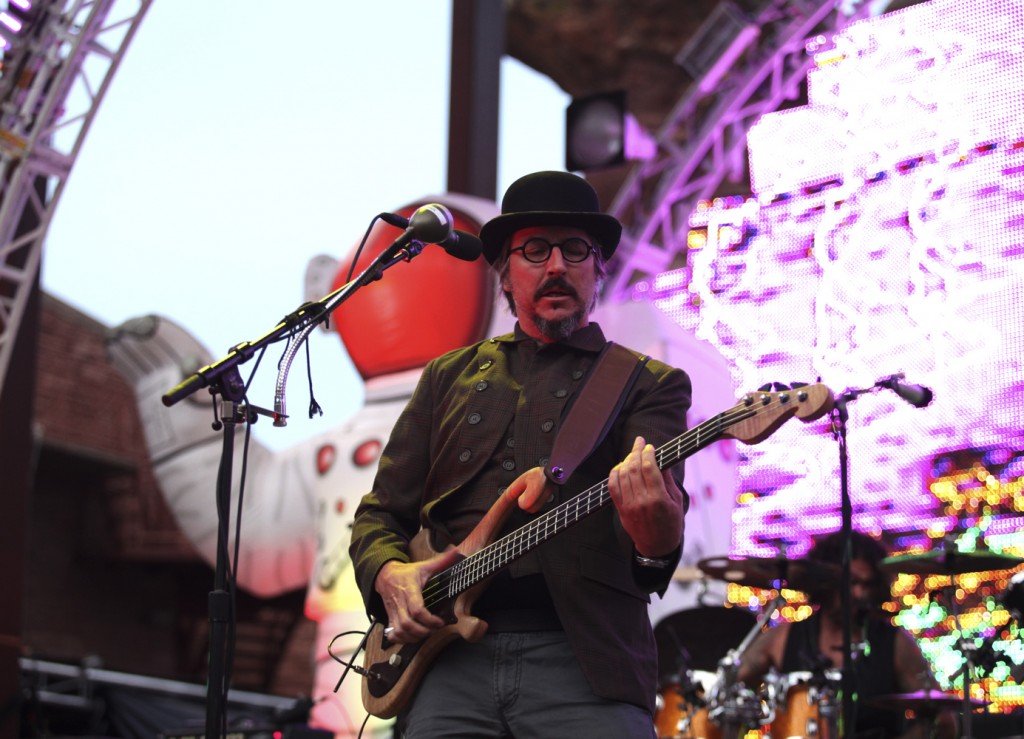 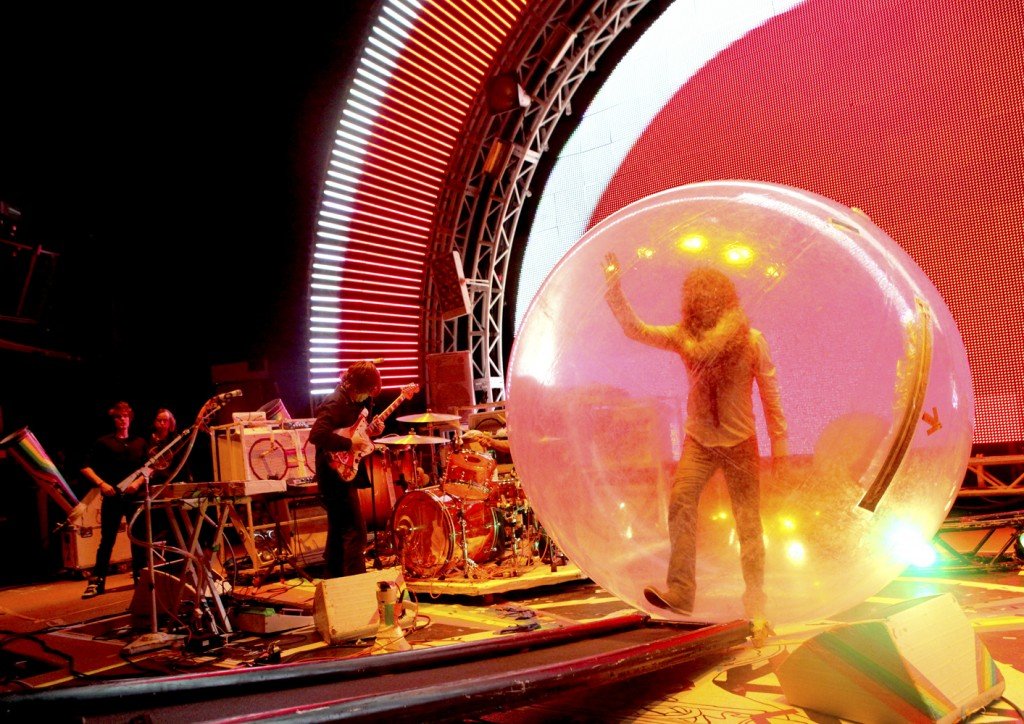 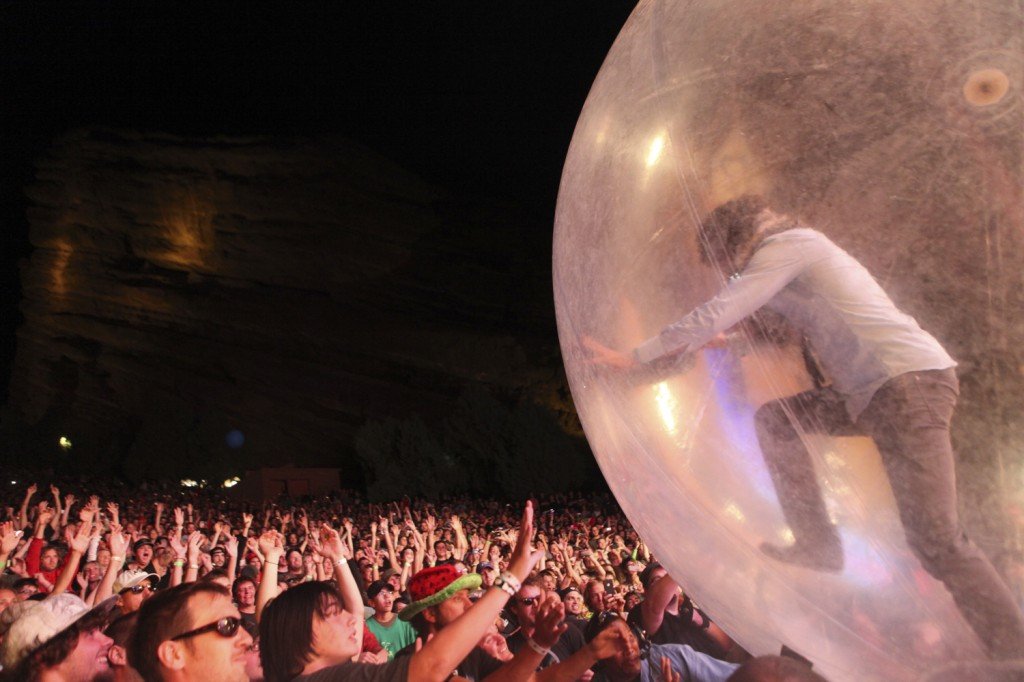 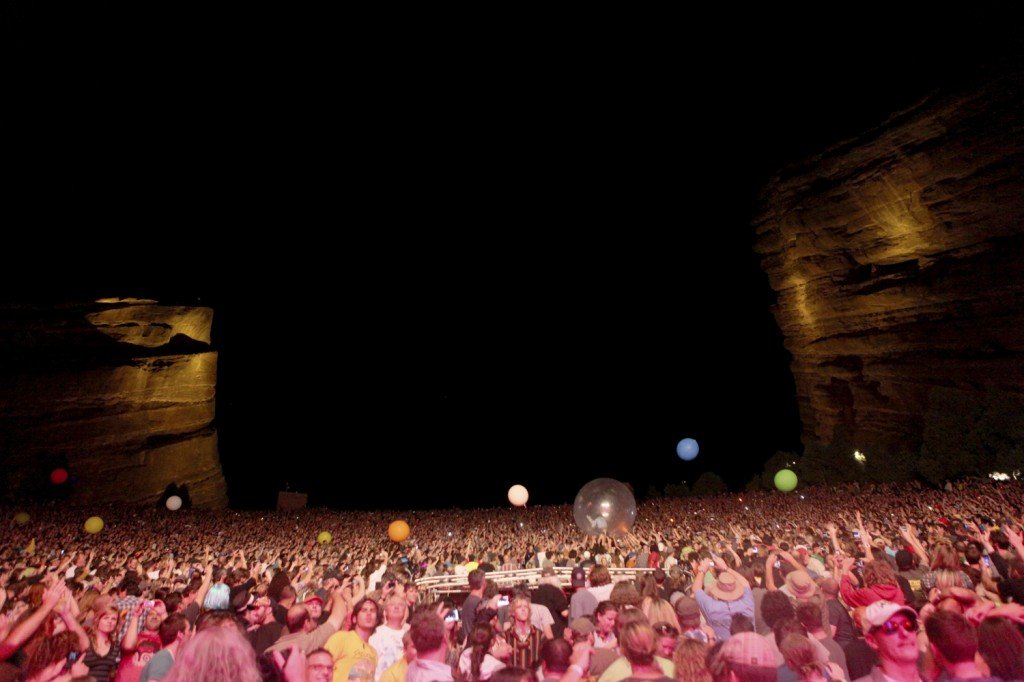 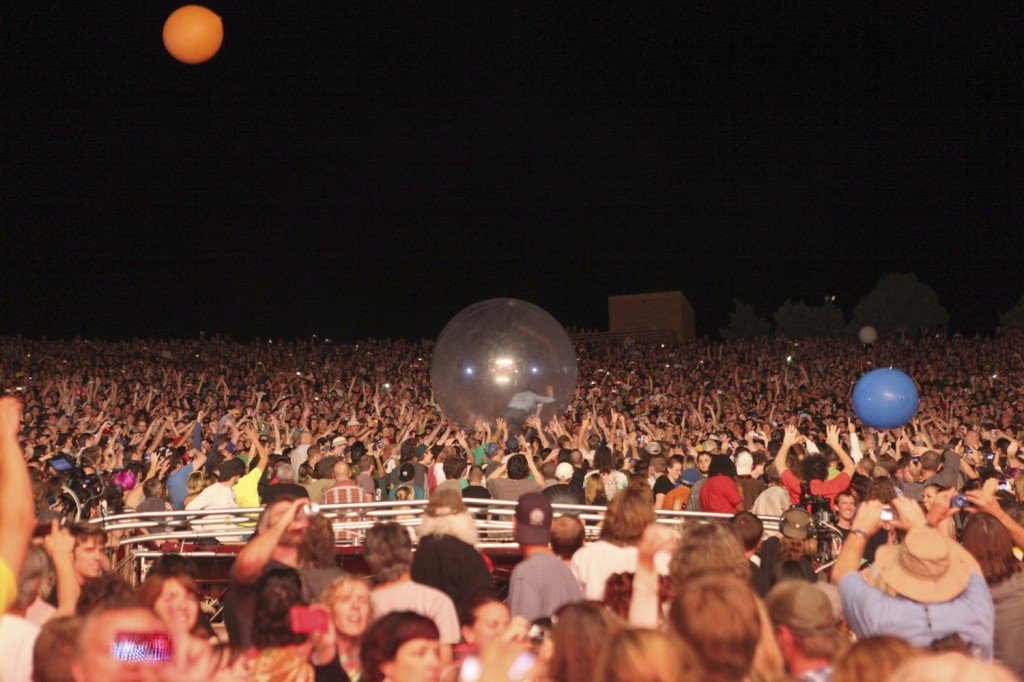 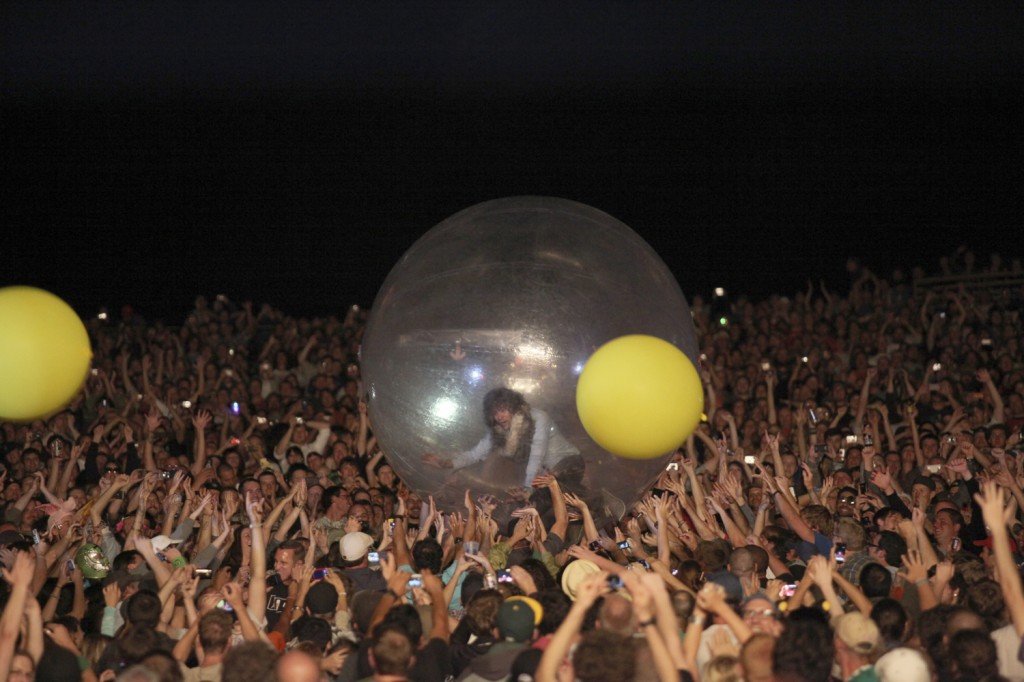 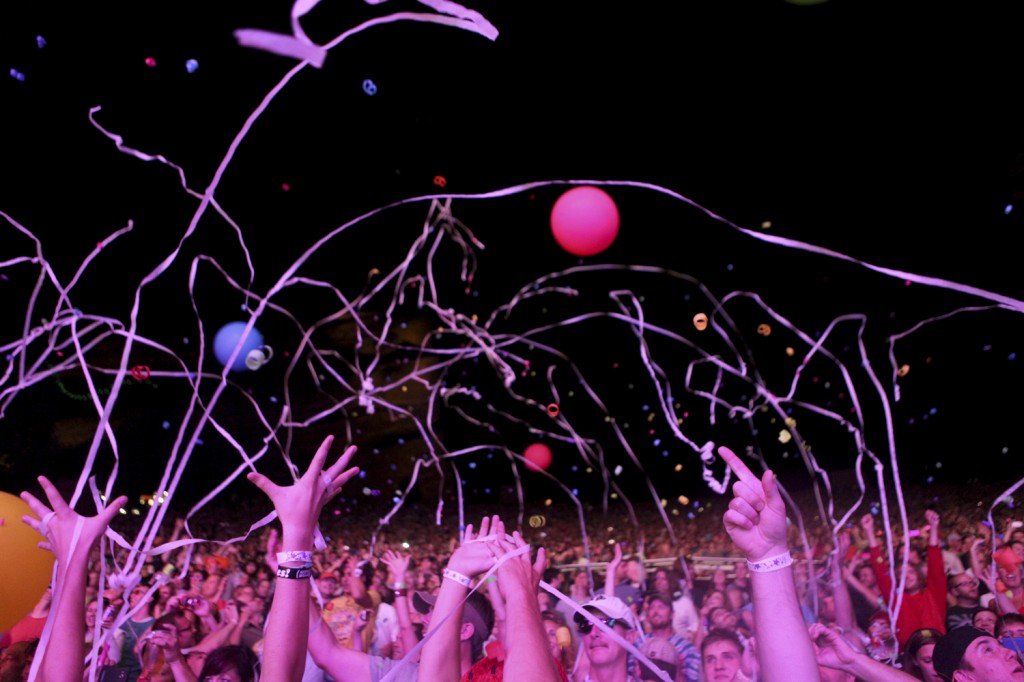 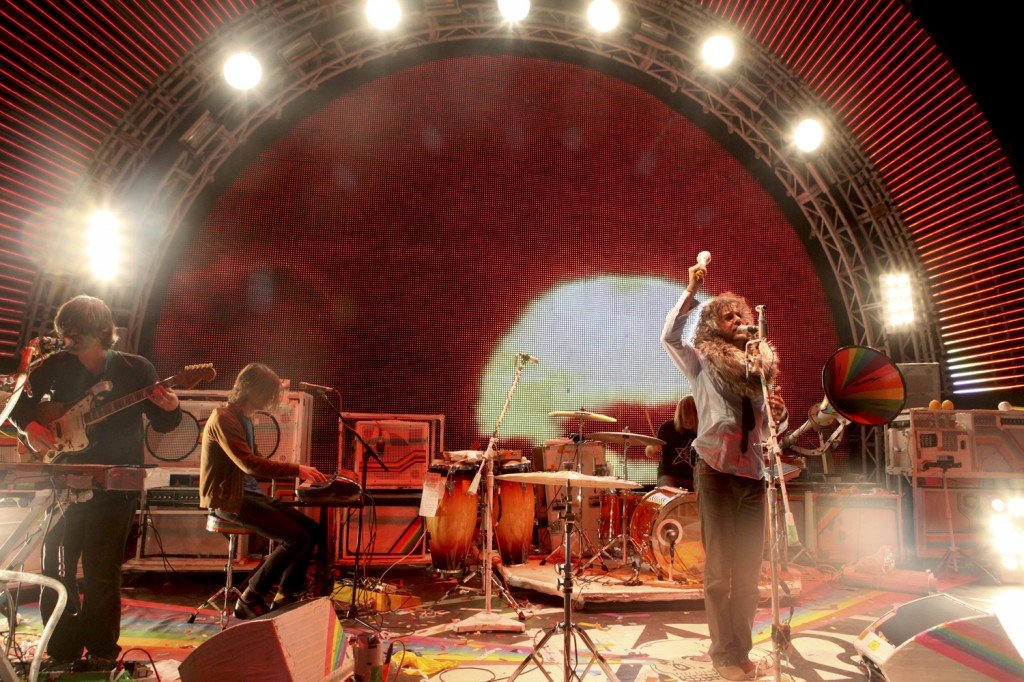 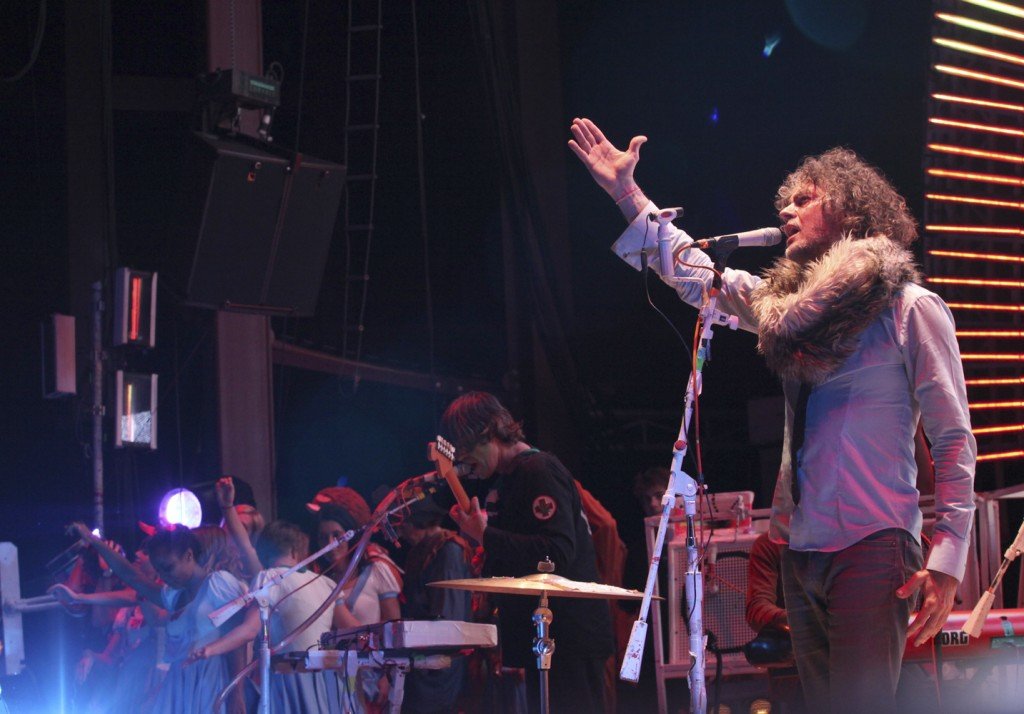