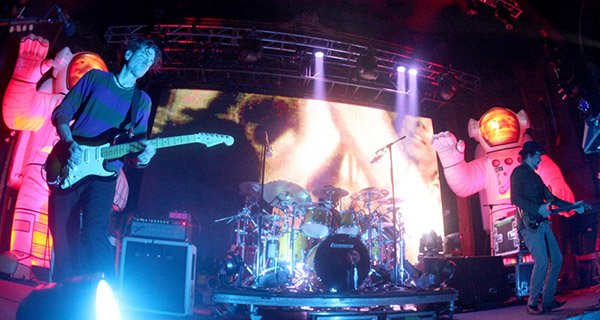 DENVER, CO – Primus played a two night run at the Ogden Theatre. The band is currently on tour for their new album Green Naugahyde. Denver was one the only stop with two nights, which sold out within moments. The band played two sets each night with Popeye cartoons to entertain the crowd between sets. Night one, Primus opened with songs mostly from Seas of Cheese and the Brown Album. Night two they played songs off the Frizzle Fry and Pork Soda mixed with songs from other albums as well. Les Claypool spoke to the crowd several times saying Weren’t we just here, it feels like we were just here, we played at that venue, what’s it called Sloppy Joes? He was referring to Red Rocks.

This song happens to be called “Sloppy Joes! It was actually Tommy the Cat; during the Bass solo he played Homage to Queen’s Another One Bites the Dust, before finishing the song. When they played “Jerry was a Race Car Driver”, he realized that a racecar driver just died in Nevada and brought it light that it felt wrong singing the lyric about the lead character dieing in a car crash.

The second set featured the entire new album, from start to finish. Not only hearing an album played from start to finish, but also seeing it performed live is a real treat. The visual aspect of Primus’s stage show is on point, clever and entertaining, it gives a whole new meaning to the songs, deeper insight and true understanding of what it is about. Internal Consumption Engine had a an entirely different feel so did Eyes of the Squirrel, it’s about becoming the media with you cell phone camera. Jilly’s On Smack was the fan favorite and had an almost happy melody to it, until you realize the song is about a friend that died because of drug addiction. Primus has several songs about fishing, it’s a shame the current fishing song is about over fishing and polluted waters.

Les Claypool plays the stand up bass on three songs on the new album the Last Salmon Man “, Jilly’s on Smack and Green Ranger. Larry LaLonde is just as much of a lead player in Primus’s sound, the way he balancing both lead and rhythm mixed with Les’s lead bass driven rhythm. Jay Lane’s drum skills are tight and rhythmic; he has true talent and intense skill. Each night primus played an Encore the first night it was Frizzle Fry, Night two ended the show with Southbound Pachyderm a really cool hard funky style jam, then finishing with Wynona’s Big Brown Beaver. 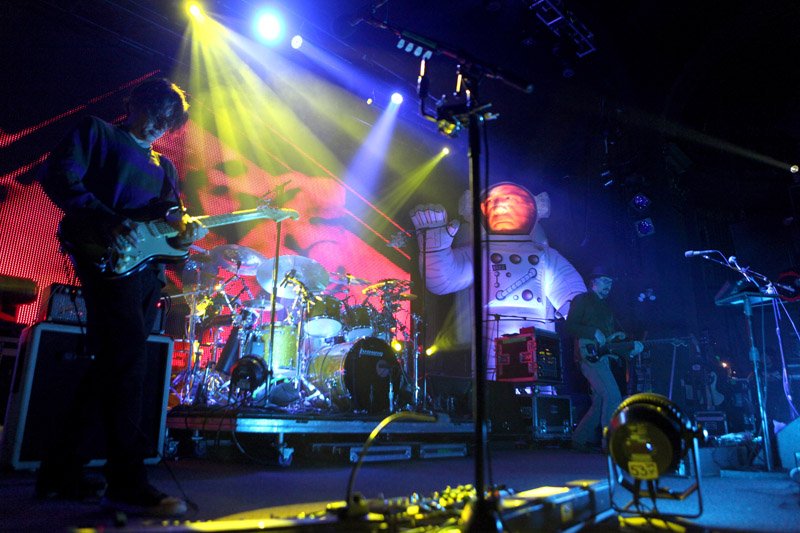 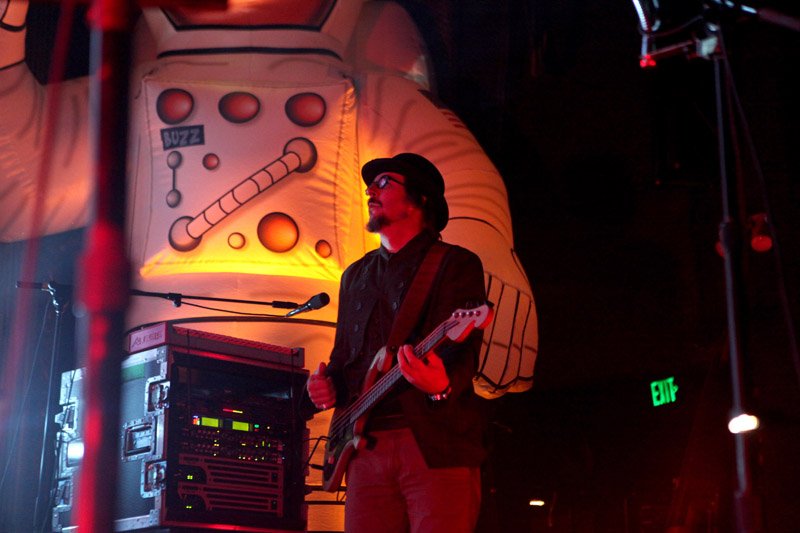 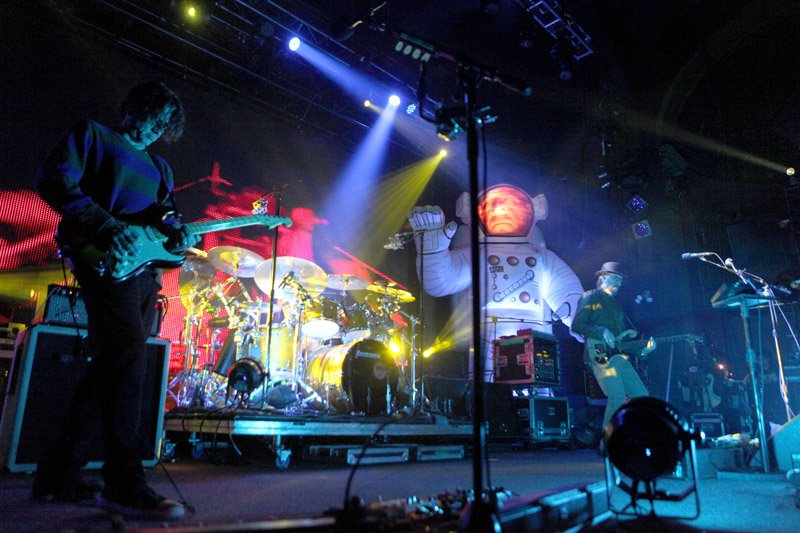 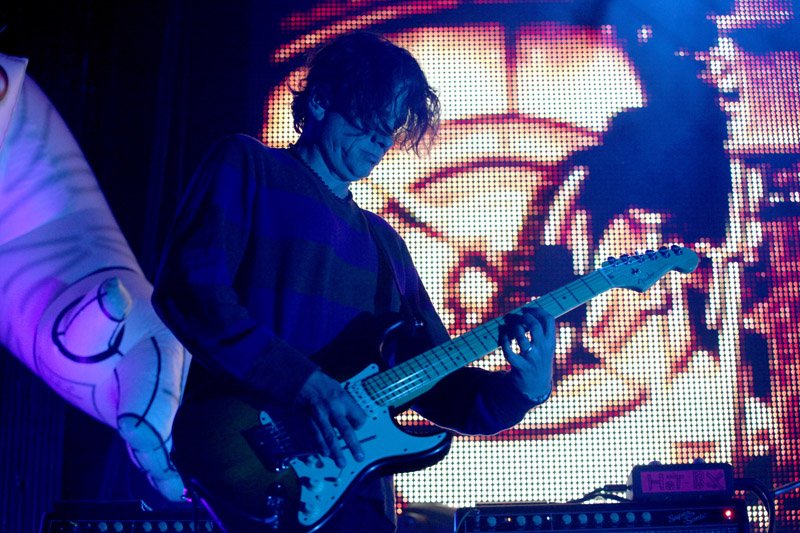 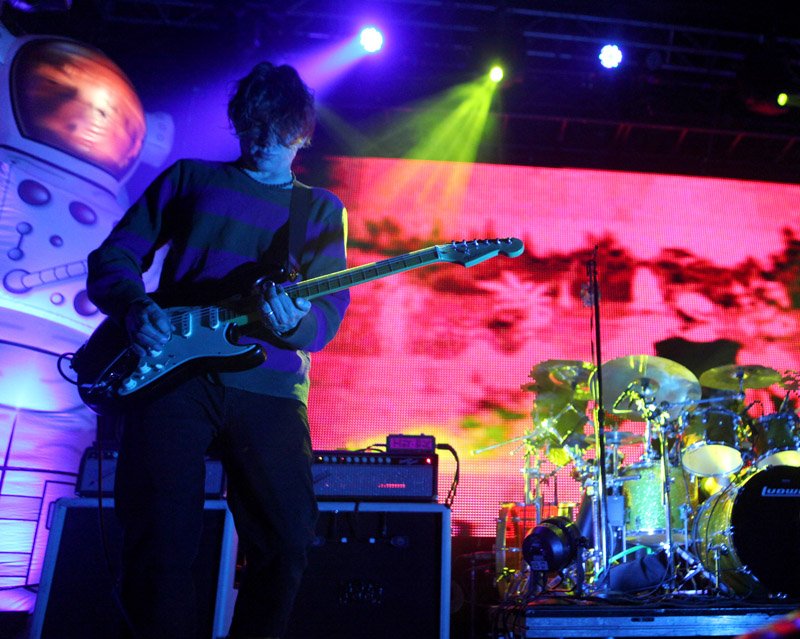 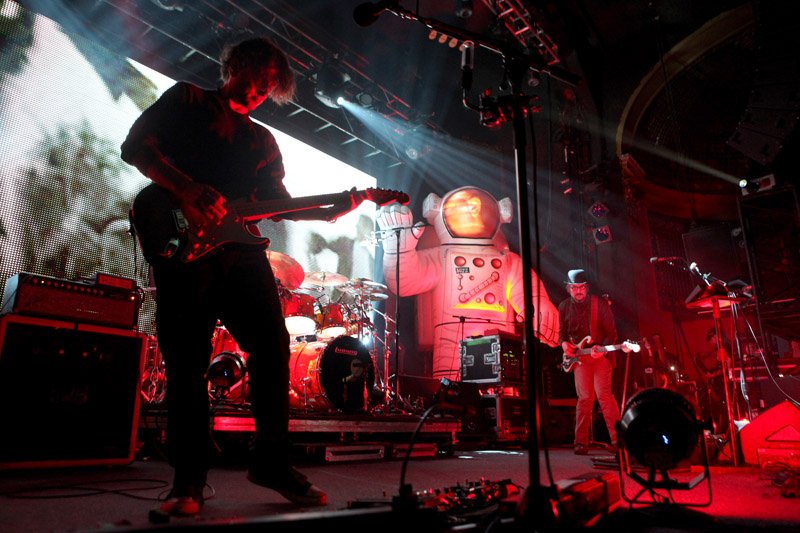 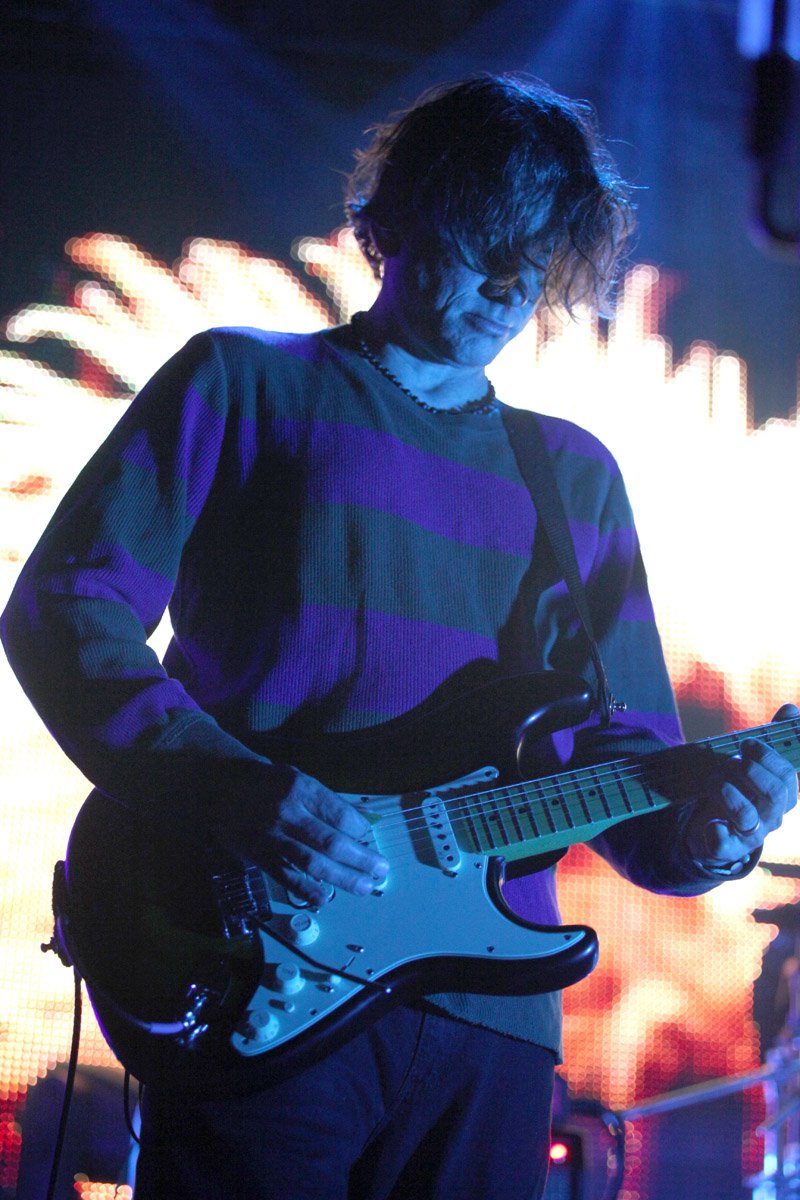 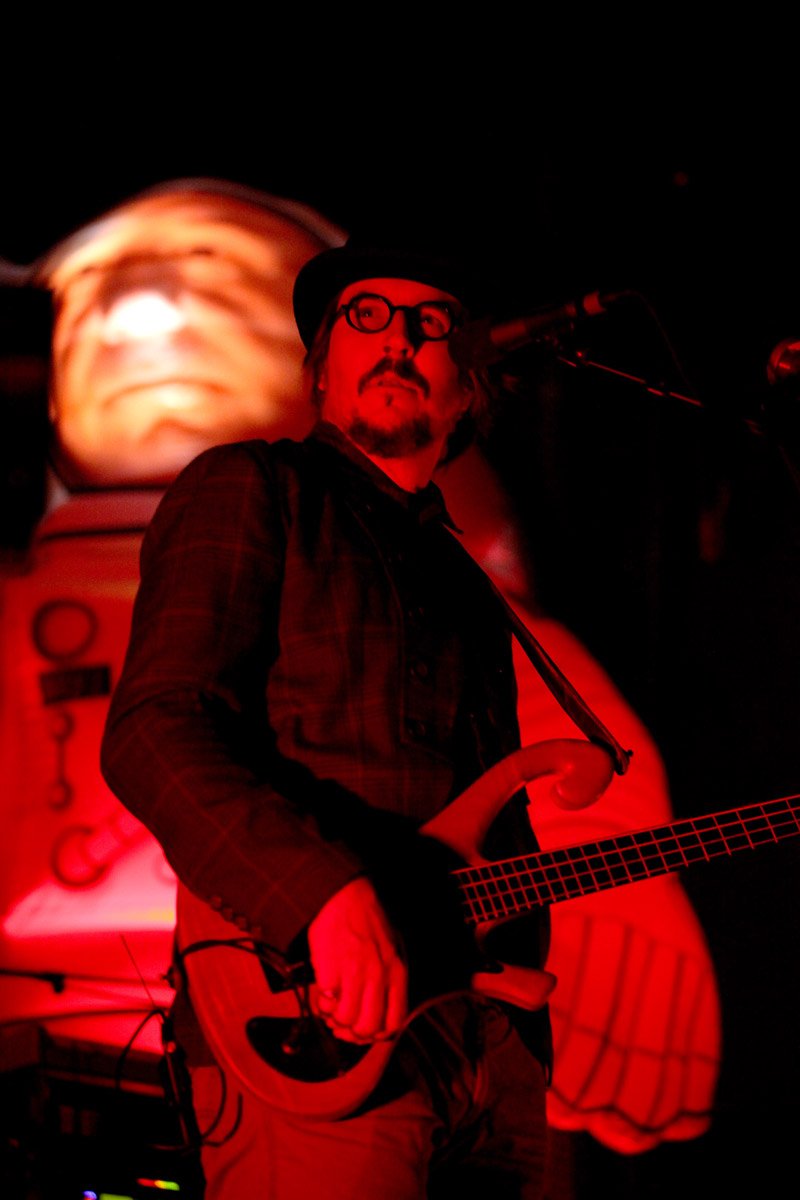 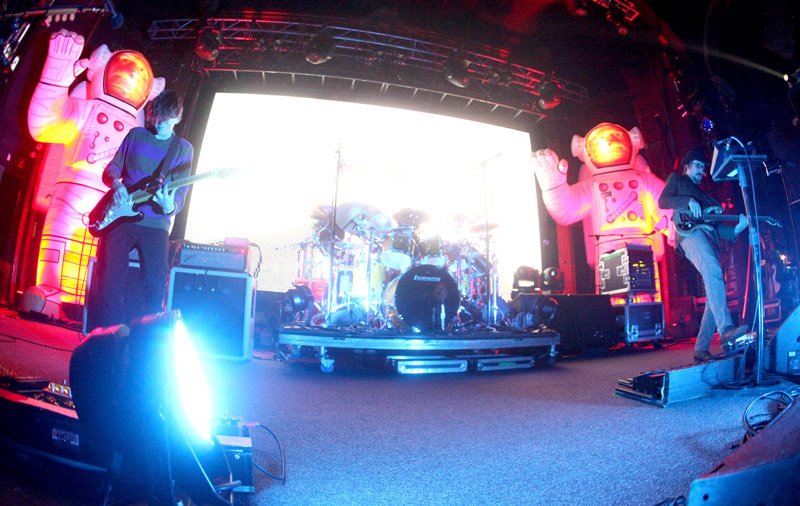 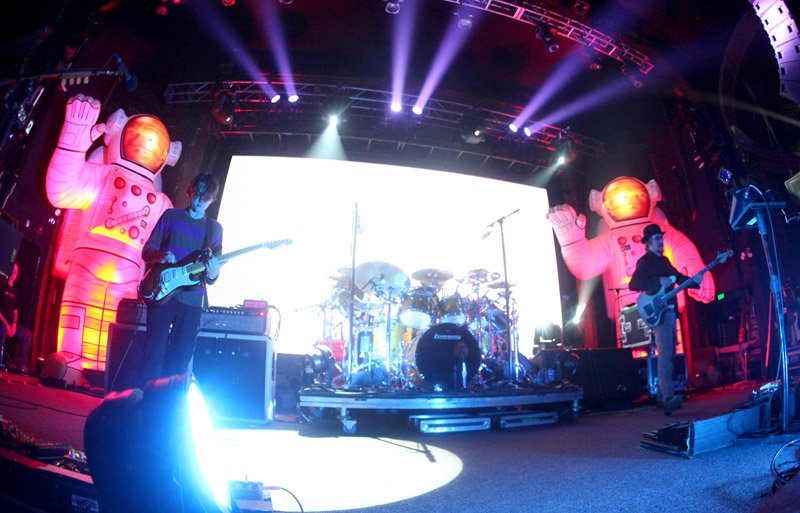 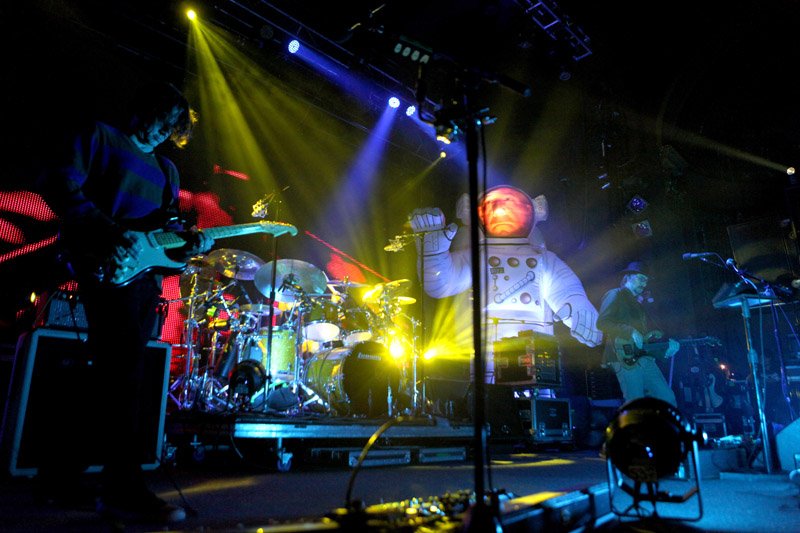 Be the first to comment on "Primus Denver Concert Photos"