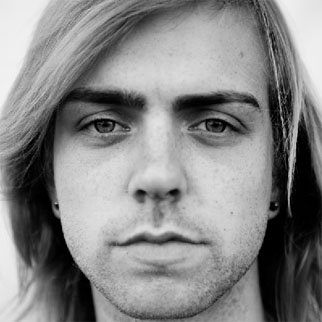 We sat down with acoustic reggae rocker Trevor Hall before his 2 night run of concerts at the Bluebird Theater in Denver.

I was blowing harp with my dad up on stage, says Trevor Hall looking back on his early days with music. Trevor was blessed with a family that was not only into music, but recognized his love and talent with music as early as age eleven. This was when the youngster was occasionally pulled up onto stage to play harmonica with his dad in a small bar in South Carolina, where the family lived during Trevor’s childhood.

Beyond recognizing Trevor’s gift for music, the family encouraged him to grow by sending him to a high school in California called Idyllwild for the Arts, which was exactly what its name suggests. It is a place where kids come from all over the world to expand their artistic imaginations. And as for young Trevor Hall who came from a small town where art was not a main focus, it was revolutionary. It opened my eyes and lit my inner fire to create as much as I could, as he put it.

After finishing up with high school, Trevor signed a deal with Geffen Records, and although he did not initially find substantial success, his first experience in the music industry was something that he learned a great deal from. From Geffen, he later was signed on to Van Guard records, and is currently with them now. Beyond the music industry, Trevor has gained knowledge from his meditation practice and trips to India, which he considers to be his home. It’s the place where he is able to check in with himself and plug into the source.

As with many musicians, Trevor does struggle to keep up with the arduous pace of the road. He claims there are definitely highs and lows, moments of despair. In his eyes, what keeps him going is the love from his fans and his duty. It’s my duty to share the music that’s been given to me, otherwise it goes to waste, says Trevor.

When asked if there were any words of wisdom that Trevor takes with him, he responded by saying that you’re walking on this road of life. On one side is a bunch of jackals, and they’re howling at you. And on the other side is a bunch of people praising what you’re doing. The advice that was passed on to Trevor was not to get attached to either. Put the jackals in one pocket and the people in the other and you keep on moving. One phrase that resonates with Trevor came from an Indian sage who was listening to Trevor’s struggles of trying to keep up his energy. After hearing Trevor’s situation, the teacher assertively replied with everything, every time, everywhere, meaning God is in everything, at any time, everywhere. And this will be the title of Trevor’s upcoming album that comes out this summer.

When asked if he had an overall message for his listeners, the response was simple, be a good person. That was all.

Be the first to comment on "Trevor Hall Interview"