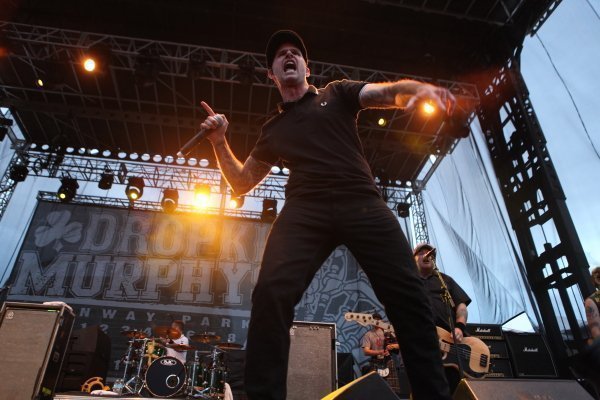 DENVER, CO – Riot Fest took over the South Parking Lot of Sports Authority Field or for anyone that grew up in Denver, Mile High Stadium. This was Riot Fest’s second year in Colorado, in 2013 Riot Fest was located at May Farms in Byers Colorado. Riot Fest was originally going to have the festival at May Farms again, but the town of Byers voted to keep the festival out.

I attended both the 2013 and 2014 Riot Fests in Colorado and here is why I think the Festival should stay in Denver. First let’s recognize that Colorado is lucky to be part of Riot Fest, as the other two cities with Riot Fest each summer are Toronto, Canada and Chicago IL.

First let’s look at some of the bands of the 2014 Riot Fest Line Up, with so many to see and being on assignment to photograph the festival, I narrowed it down to which bands I wanted to photograph each day. Here is the rough agenda of what I was looking forward to catching. Day 1 for me was the bands that most aligned with my musical tastes in college. Speaking of college, I ran into several friends from college who were in town to see the festival. 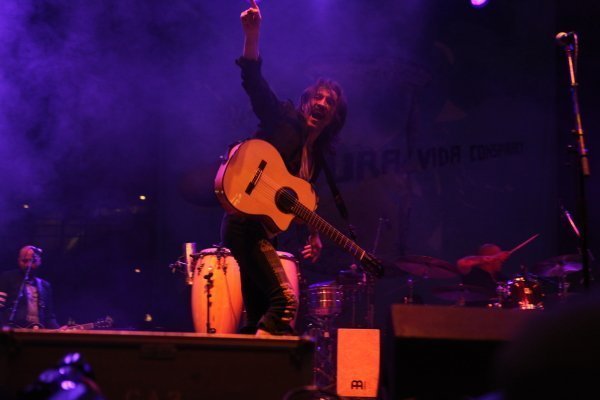 Day 3: Violent Femmes, Me First and the Gimme Gimmes, Dropkick Murphys, TV on the Radio, Rise Against, The National and Wu Tang Clan.

One of the high points at the 2014 Riot Fest was Die Antwoord for their crazy in your face South African Freak Show, Gogol Bordello is always great live and blew everyone away when I asked who was best night 1 then off to NOFX, who played the Entire Album “Punk in Drublic” not in order in classic NOFX style. Ok I guess I’ll go see Wayne Coyne and the Flaming Lips as they are insane live and are basically a photographers wet dream. I dare someone to try to get a bad photo of the Flaming Lips. Then it’s time to see Les Claypool and Primus with special guest drummer Danny Carey of Tool, who is filling in because Tim Alexander of Primus is healing from heart surgery. Primus crushed it and even played “Aenima” by Tool, I then walked over caught “Angel of Death” by Slayer walked back and caught the rest of Primus, then went to catch Weezer play a boatload of classics from like 10 albums, best Day 1 of a Festival ever!!!

On Day 2 I rode my Bar Bike to work, so I could lock it up at the festival then ride the mile home to my house. I got a call from my editor asking if I wanted to interview the band Clutch after their set. I was going to be at work until about 5pm so I had to pass up on that unfortunately. I got there in time to catch the Hot Snakes, who absolutely killed it. Then the Descendents, who I grew up listening to but have yet to see them with Milo, and it just so happens they were playing “Milo Goes to College” , then Social Distortion who I have seen countless times over the years , but never at a festival. The headliner of the night was Robert Smith and The Cure, we knew going into it that photographers were not allowed to photograph the Cure, so I just watched the set. I have photographed them at Red Rocks, so I was okay with just being a fan for a couple hours. I see so many music photographers that become quickly jaded and don’t realize the beauty of their job, never forget to enjoy the music!!!! Night 2 at the festival was in the books, or was it. My Crazy friend from college that lives in the mountains wanted us to go with him to see Face to Face at the Summit Music Hall. Sounds great, let’s drop off the camera and see more music. I had not seen Face to Face for several years. We got a spot up front right along the railing with some friends. The energy level was cranked to 11, the mosh pit was friendly and the music was fast and loud. The Great thing about a punk rock show is the band can play over 20 songs in a night. With my Ears still ringing I hit the Pillow, with a smile on my face after another great day.

Day 3 I rode my bike to the Festival after work, as I pulled up I could hear Me First and the Gimme Gimmes and instantly realized I didn’t bring rain gear and it looked like a nasty storm was eminent, great. So I raced home to grab a rain jacket, I wouldn’t care if I got wet but I have thousands of dollars in Camera Gear and that is not an investment I am interested in jeopardizing, no matter what band was playing I have a Shell from GoLite that has saved my ass many times and this ended up being the most important tool in my camera bag that night.
Flag Interview from Riot Fest.

I get back in time to catch the Dropkick Murphys set, if you don’t know them they are from Boston and play high energy Punk Rock with an Irish twist. They are always a big hit at any festival and I get some photos and the rain starts to roll in. I stowed my gear and waited to see if the rain would slow down, but no luck, it kept raining lightly during TV on the Radio. And I get some shots quickly and put my camera under my jacket. Next up is Rise Against; I can hear TV on the Radio playing while I stay in the rain with several other soggy photographers. I was very impressed by TV on the Radio; they put on a great set. As the fans realize the rain is not going to let up, there is a collective acceptance of it and people decide to enjoy it. The Rise Against fans cheer every time the guy has to squeegee the stage. Rise Against in the Rain was the high point of the night, possibly the weekend. I really wanted to stay and see Wu Tang Clan, but I was wet, I had an expensive camera tucked into my jacket, which was still working and was not too soggy. I cashed in my chips and rode the mile home in the rain and thought I just had the best weekend of the year so far, and hands down the best festival of the summer.

There were many other great bands, but it is impossible to catch every act, the rain was sloppy but fun. Last year it rained on the 3rd day and it was much more of an issue due to the fact the festival grounds quickly turned to mud and this made it harder to move about, camp and exit the festival grounds. Being a photographer, there is nothing worse than rain for your camera, dust is a close second and May Farms has both.

Ok Back to why Riot Fest should stay in Denver and not return to Byers. First off the town of Byers didn’t want the coolest thing that ever happened in town too return. Sure May Farms was a great location and it was perfect if you were looking to camp at the festival for the weekend, but if you weren’t it is a pain in the ass.

Besides Riot Fest is a Rock and Punk Rock festival, not a Hippy Fest. (Editors Note: Hey easy now.. 🙂 Being in Denver makes it easy for people that are working to go to Riot Fest before or after they get off work. Also the concert is billed Riot Fest Denver, not Riot Fest Rural Colorado.

Mile High Stadium AKA Sport Authority Field is centrally located and easy to take the light rail to; also many people rode their bikes and even took Uber cabs to the event as well. This cuts down on traffic and limits the amount of drunk drivers on the road. Having Riot Fest in Denver also sells more tickets, people are more likely to decide on a whim to buy a ticket for the day, also those that don’t want to drive an hour away to a field in rural Colorado are more likely to go. Having Riot Fest in Denver allow for after party concerts at local venues and also people in from out of town, have a wide selection of lodging options, sure camping is fun when you are younger, but sometime a nice dinner and hotel room are what you want. But when it is a rain storm you want easy shelter and food , and as we all know September in Colorado could be in the 80’s or it snow, that’s the beauty of this time of year.

Mile High Stadium is equipped to handle large crowds and if rain or unforeseen issues arise it will be smoother in Denver. Day 3 of the 2013 Riot Fest in Byers saw a major rain and lightning storm, the festival did the right thing and had to ask everyone to return to their cars and campsites until the storm blew over. Thousands of wet fans can go south pretty fast and it was the closest to an actual riot I have ever seen, luckily it went off without a hitch.

So long story short keep the Festival in Denver where it belongs and is welcomed!!!

Did you attend Riot Fest? What are your thoughts, who were you favorite bands? 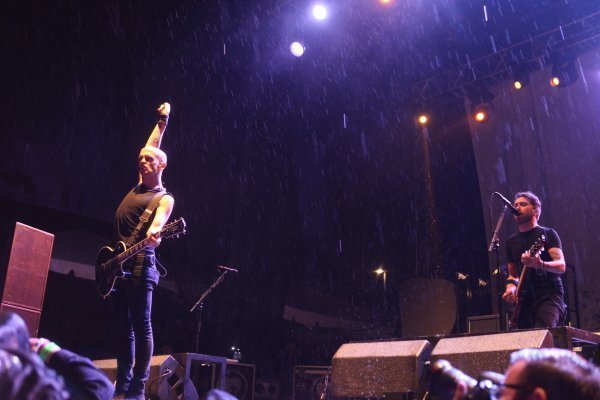 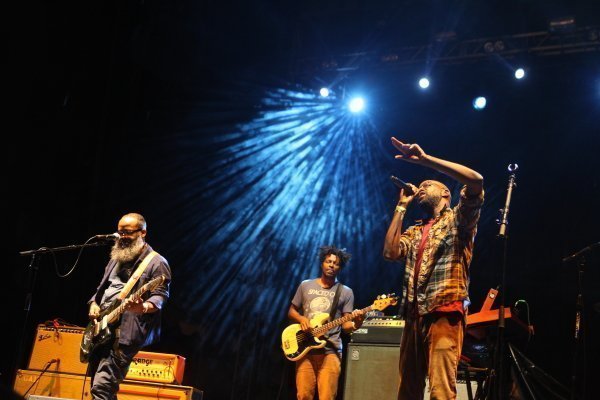 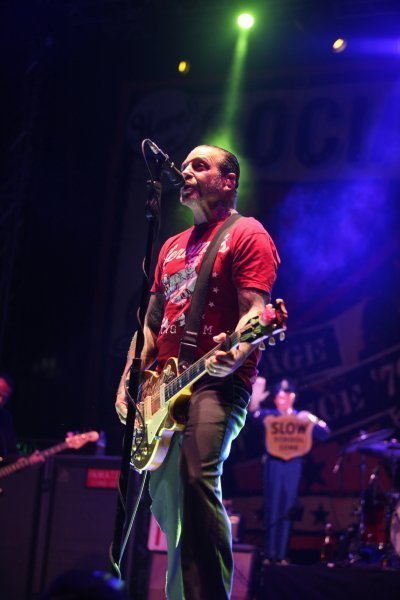 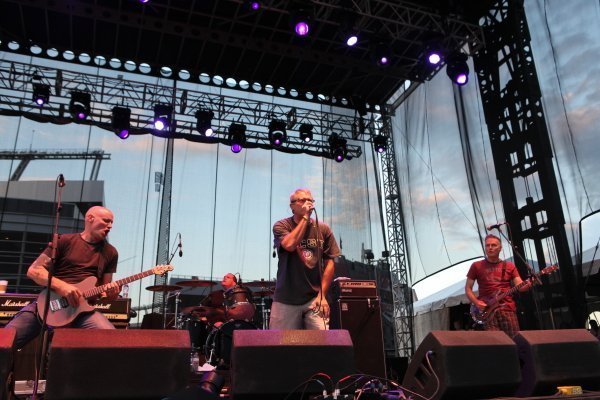 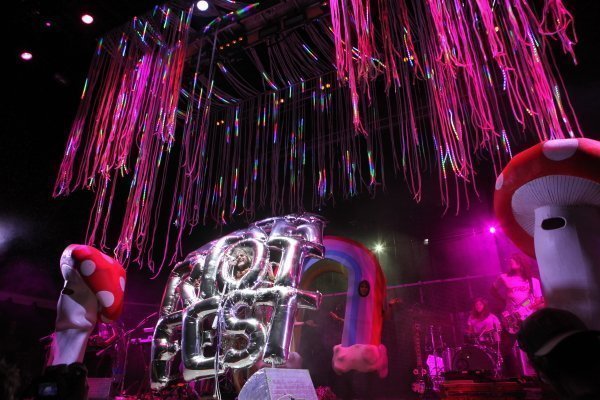 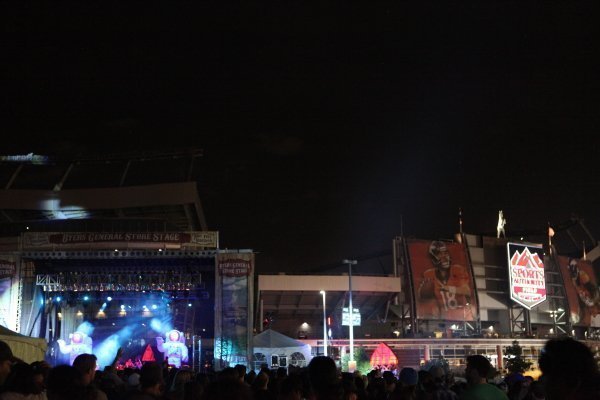 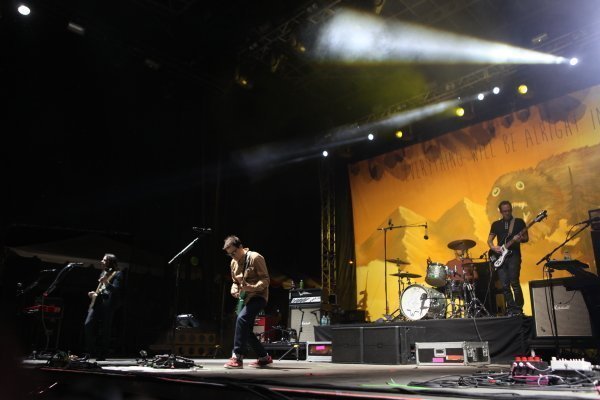 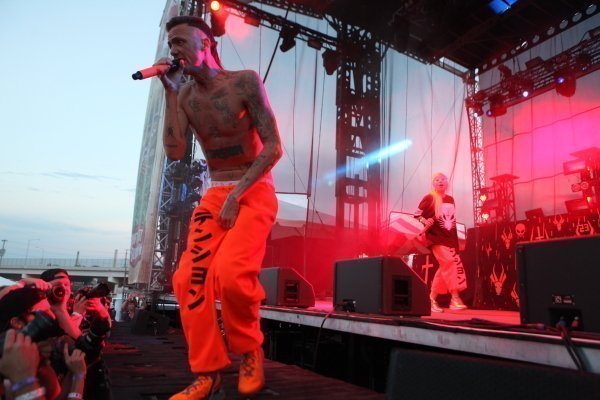 Be the first to comment on "Should Riot Fest Stay at Mile High?"