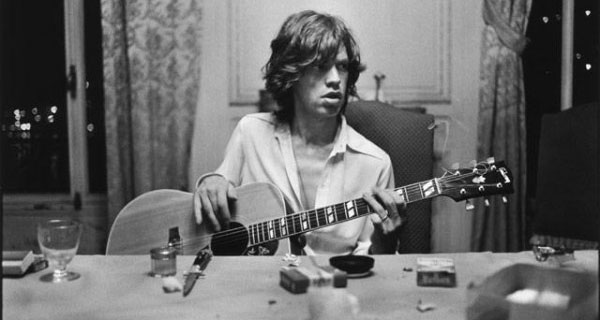 With the Rolling Stones heading back to outdoor stadiums in the U.S. this summer for the first time in 8 years, the time seems right to hit up our readers with some Stones classics. Here’s a short list of what probably are the best-known (not necessarily the best) Rolling Stones songs. We know the band’s fans are pretty diehard and very knowledgeable about the catalog, so let us know what you think in the comments.

How is it possible that this song was released 50 years ago? The three-note opening riff is arguably the most recognizable guitar lick of all time. In 2006, the song was added to the Library of Congress National Recording Registry. It’s that important in the annals of music history. Generations of Stones fans have reveled in this statement of frustration about sexual and commercial … satisfaction. Or, rather, the lack thereof.

Perhaps not as ubiquitous as some other cuts, Paint It Black would be a whole different critter without the late Brian Jones’ sitar. There’s a dark undertone to it, musically, although Keith Richards has said the band cut it “as a comedy track.” It’s been covered by the likes of U2, featured in video games like Guitar Hero, and used in soundtracks to several films.

If you happen to catch the Stones on their Sticky Fingers swing this summer, you’re gonna hear this. For whom Mick wrote the lyrics has always been up for debate. A marquee track from their visit to Muscle Shoals in 1969, it debuted live days later at the disastrous Altamont Speedway gig. This bluesy monster brings fans to their feet. Always has.

Another gem mined in those three glorious days at Muscle Shoals Sound Studio in 1969. It didn’t chart like Angie later would, but the list of other artists who’ve covered it, played it live and given it homage is about as long as the internet. Chances are when you think of a Stones ballad, it’s the first one that comes to mind.

Keith’s riff here is a pretty close relative of Brown Sugar, and the lyrics are almost too hot to handle, but this song has become a sports stadium staple. Yep, if you’ve ever been to a pro sporting event in North America, you’ve sung it to rally the team. The song went to No. 1 in Australia and peaked pretty high everywhere else. The “official promo” on the Stones’ Vevo is a living monument to early 80s fashion.

In 2004, Rolling Stone named this the 100th greatest song of all time. How would you rate it? What’s it really about? I saw the following suggestion online: “The three verses (along with the varied theme in the fourth verse) address the major topics of the 1960s: love, politics, and drugs. Each verse captures the essence of the initial optimism and eventual disillusion, followed by the resigned pragmatism in the chorus.” I think that’s a pretty interesting take on it. What I do know is that winedrunk lovers will slow dance to this at any karaoke bar, any night of the week, lyrics be damned. Interesting to note that Stones producer Jimmy Miller, not Charlie Watts, plays drums on the album version.

Sympathy for the Devil (Beggars Banquet, 1968)

“Something very funny happens when we start that number.” – Mick Jagger
But really, what could go wrong with a song written from the point of view of Lucifer, fawning over all the hell that’s broken loose in his name? Much has been written about this song and the perception of the band being devil worshippers, etc., so I won’t belabor that. If you want to dive deeper into the mythology, watch the film of the same name by Jean-Luc Godard. A fight broke out down front when this song began at Altamont. A few songs later, Meredith Hunter was dead. Guns N’ Roses had a meager hit with this song in 1994 (#55 on Billboard Hot 100). Shortly thereafter, the band was toast. Coincidence?

Is it about heroin or one of Keith’s girlfriends? Whatever the case, the acoustic-based ballad was a huge hit for the Stones, reaching No. 1 in the U.S., Canada, Australia, Switzerland, Norway, Holland, and numerous other countries, and No. 5 in the UK. It remains a much-covered song and a staple of Stones gigs.