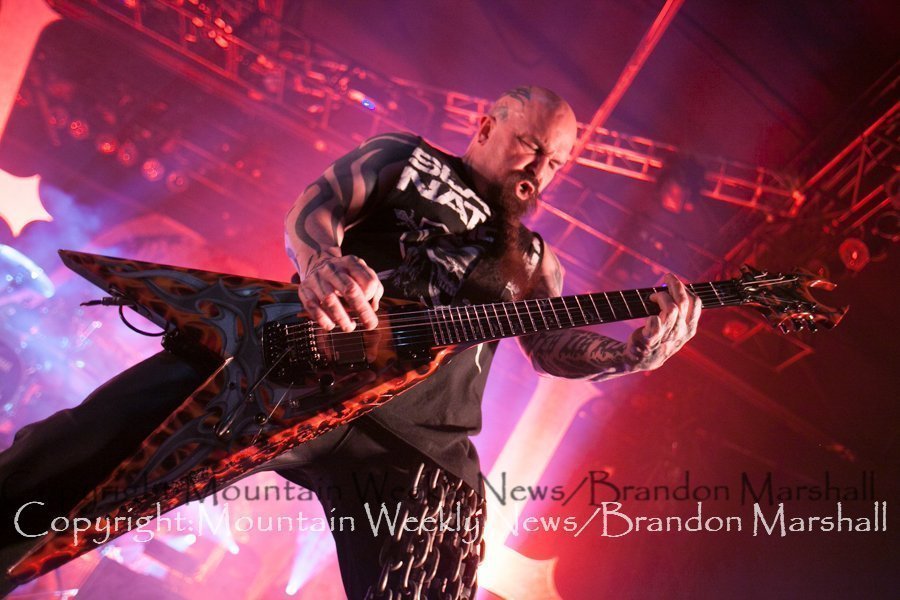 DENVER, CO – Thrash metal legends Slayer made a triumphant return to the Fillmore for the bands first live appearance in Colorado since guitarist Jeff Hanneman passed away nearly one year ago the day. Hanneman was the black soul of Slayer and chief songwriter, penning some of the most chaotic anthems in metal such as “Raining Blood”, “Angel of Death”, “South of Heaven” and a slew of other timeless tracks that continue to inspire. With the recent departure of original drummer Dave Lombardo and Hannemans death, the future of Slayer is in question, but one fact remains, Slayer still ignite, terrorize, and pummel while on stage.

The sold out Fillmore of 3,600 + was filled with rabid Slayer fans young and old, always in competition of who could yell SLAAAAYYYEEERRR the loudest, a war cry of pride. You would think that Slayer shows would have became a little more tame over the years, but that’s not the case and highly unlikely it ever will be. Slayer is synonymies with mosh-pits, having gained a reputation as “brutal”, the new guard is carrying on the tradition proudly while shoes and cups of beer flew up in the air the entire evening.

Front-man Tom Araya addressed the crowd on two separate occasions. “You truly are a free state” as plumes of smoke arose from the audience, “You guys can do whatever the fuck you want here! You should be proud!”. Before launching into “Die by the Sword”, Araya demanded silence from the crowd on 3 separate occasions for nearly 5 minutes, a very awkward 5 minutes that seemed like an eternity. “I’m not going to say anything, or play another song until y’all shut the fuck up,”. This only antagonized a portion of the audience while some remained silent, many chanted louder. This was a very confusing exercise as I’m sure many in the audience must have though Araya was merely being facetious. Was this a moment of silence for Hanneman? Araya did not address his intent and continued on.

The 19 song set consisted of material from the first 5 albums and mimicked the set list used during the 1990-1991 Seasons in the Abyss tour. Despite debuting a new song in April at the Golden God Awards, Slayer did not perform the track “Implode” from their yet untitled upcoming 12th studio album. The release is expected in early 2015.

During the encore, a Jeff Hanneman banner was raised. As the cheers and chants filled the arena, this was also a somber moment for many and I noticed a few tears. The fact that several audience members could be brought to tears at a Slayer show is a true testament of the Hanneman legacy and his contribution to the heavy metal world. Reign in Peace!

Back behind the drum kit was Paul Bostaph, who played with Slayer from 1993-2001 before original drummer and godfather of the double bass Dave Lombardo returned only to exit the band again in 2013. Gary Holt of Exodus who has been touring with Slayer since 2011 as a fill-in guitarist while Jeff Hanneman was recovering, squealed away alongside guitarist Kerry King for over 90 minutes.

Suicidal Tendencies and Exodus did a fantastic job opening for Slayer and getting the crowd worked up. 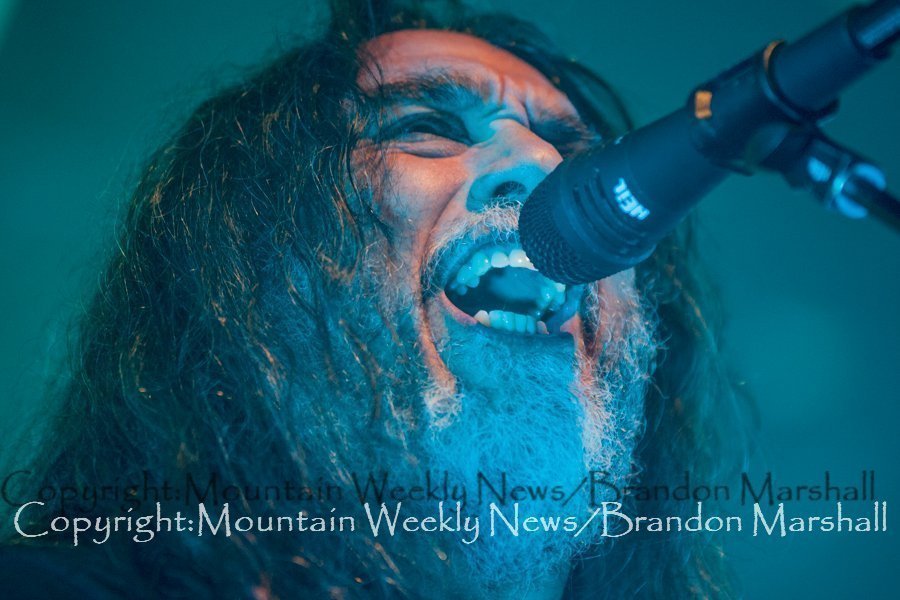 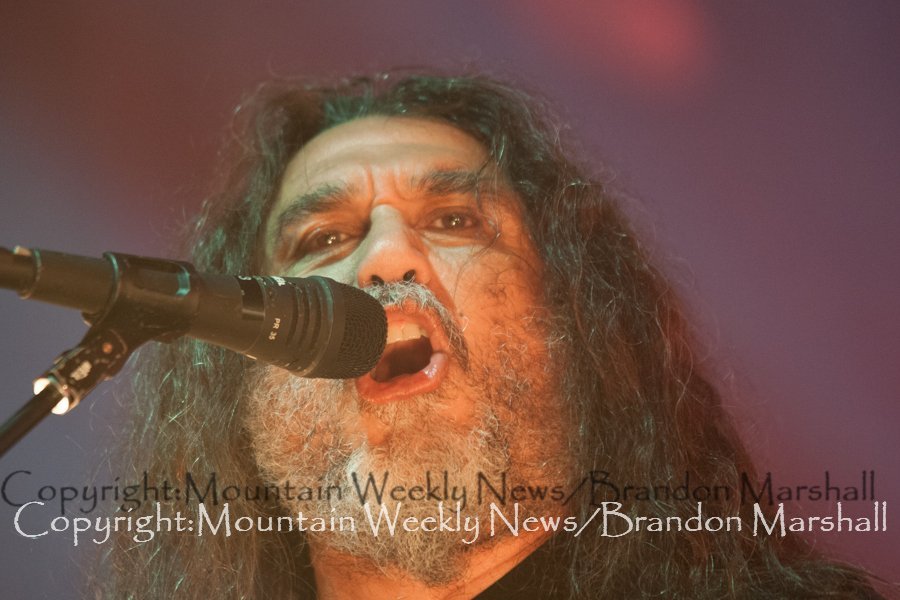 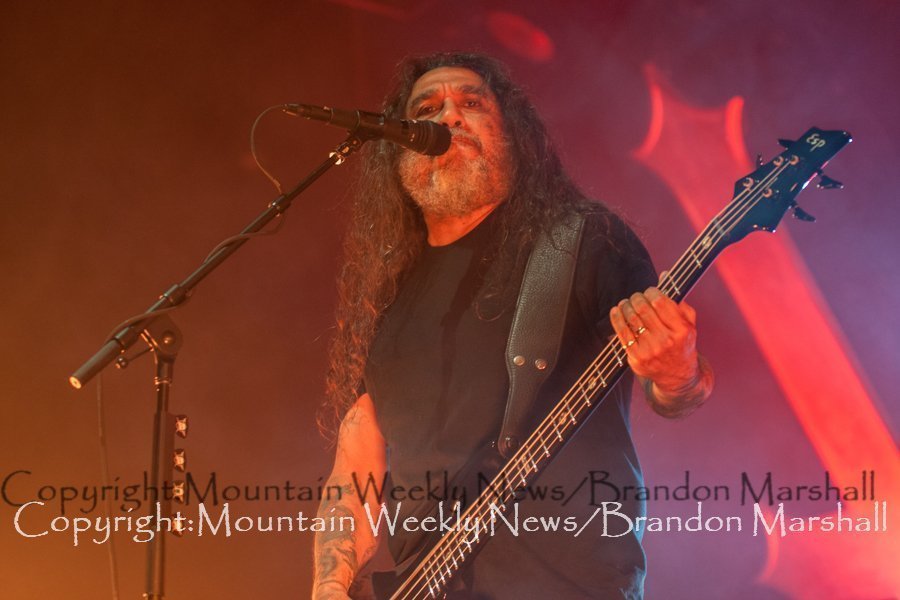 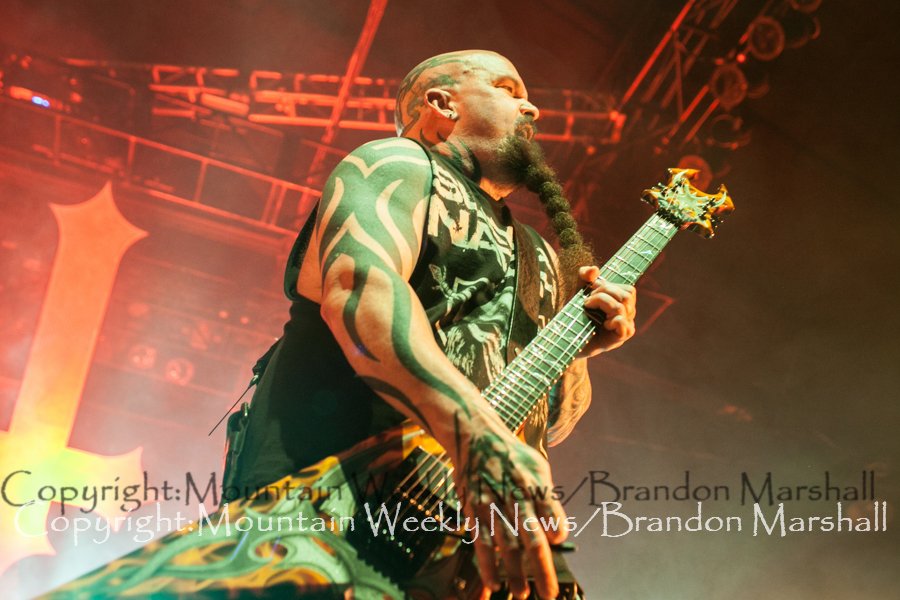 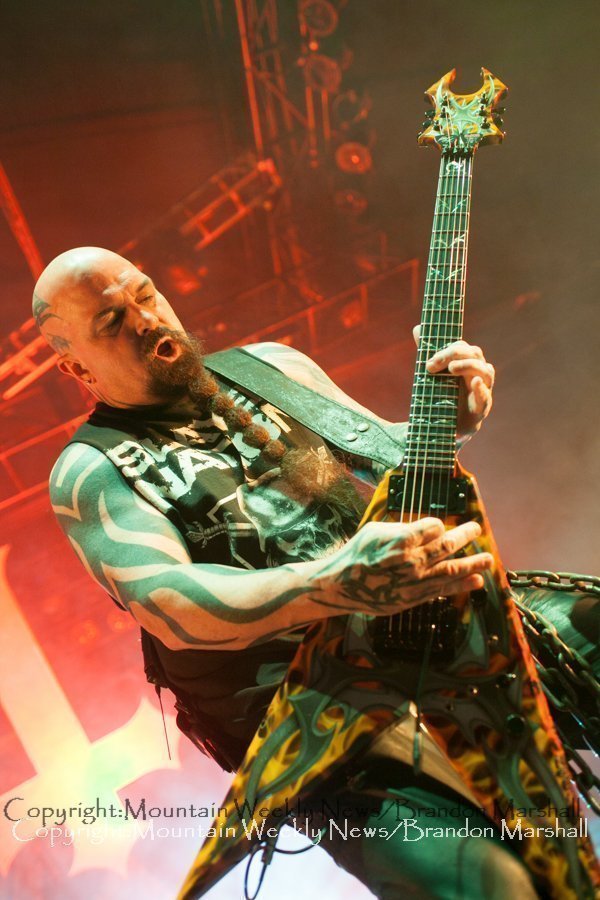 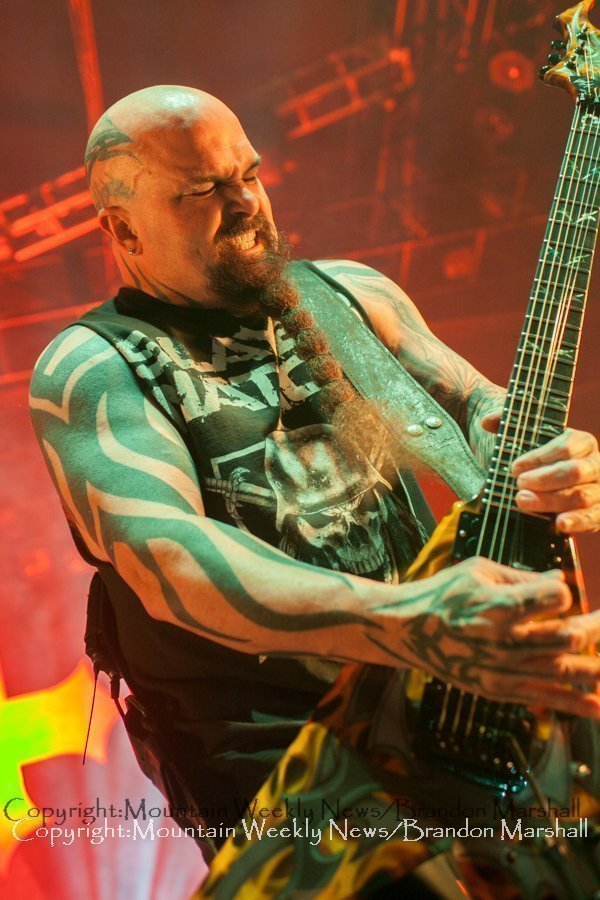 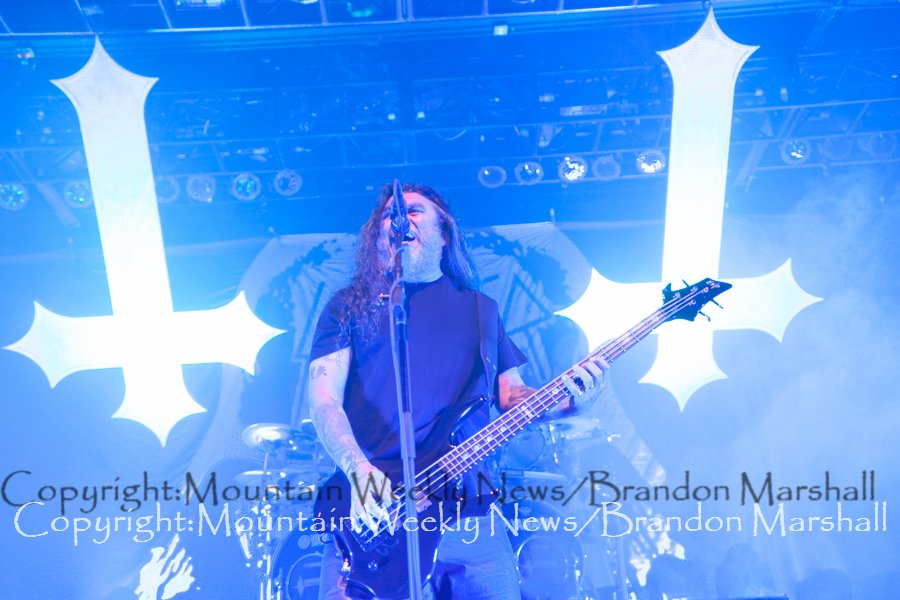 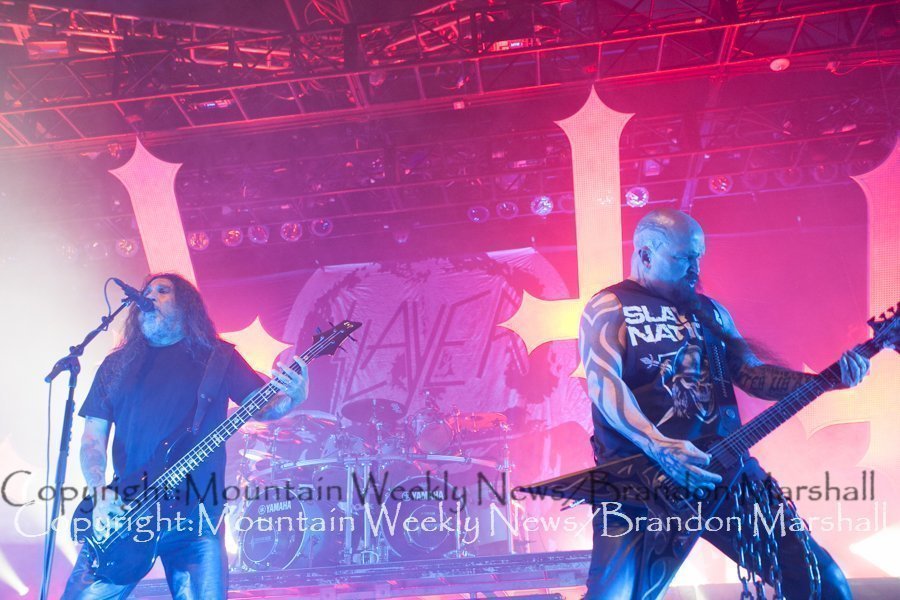 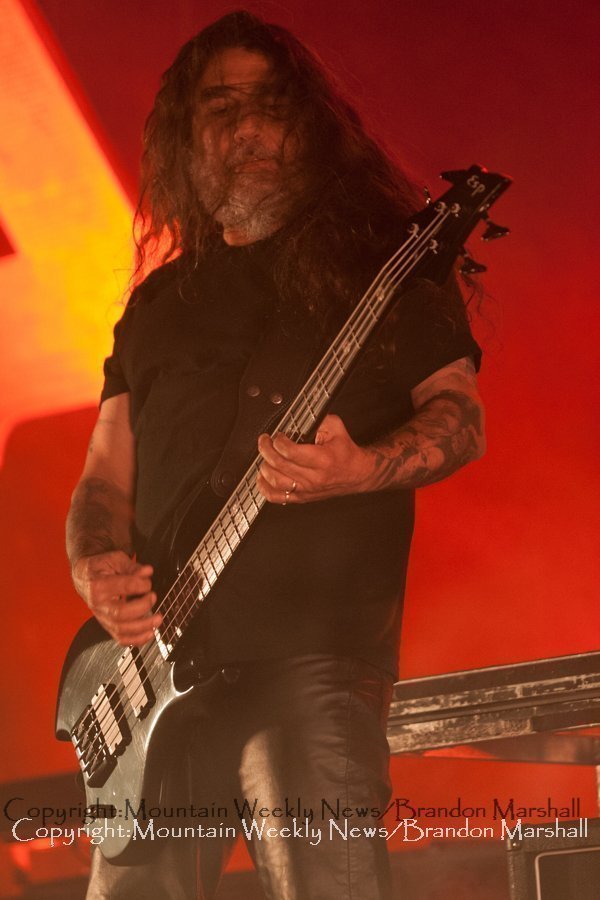 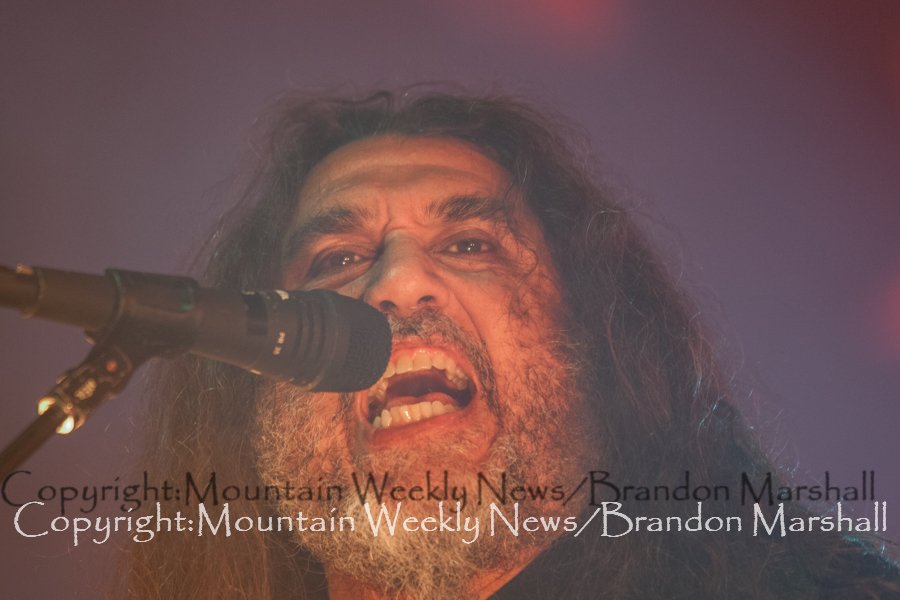 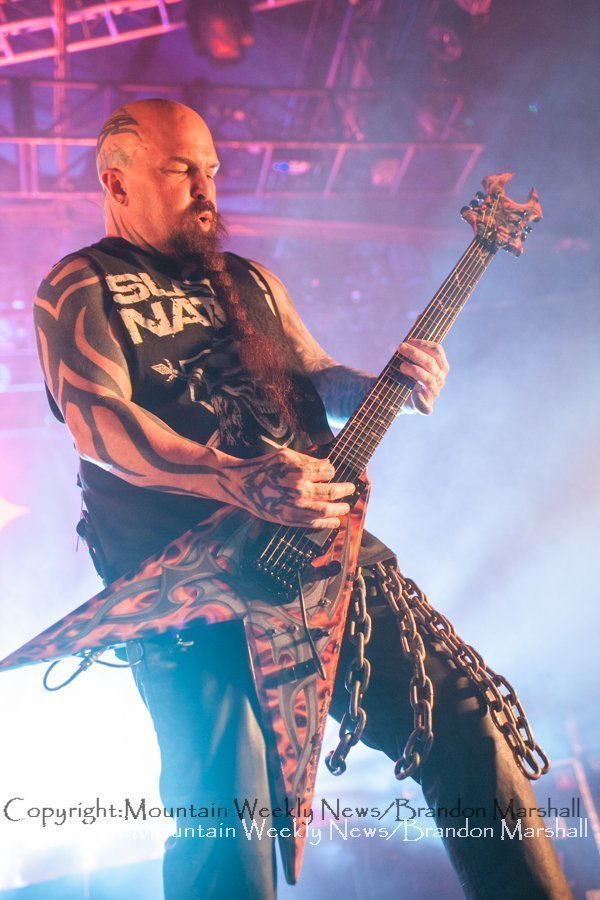 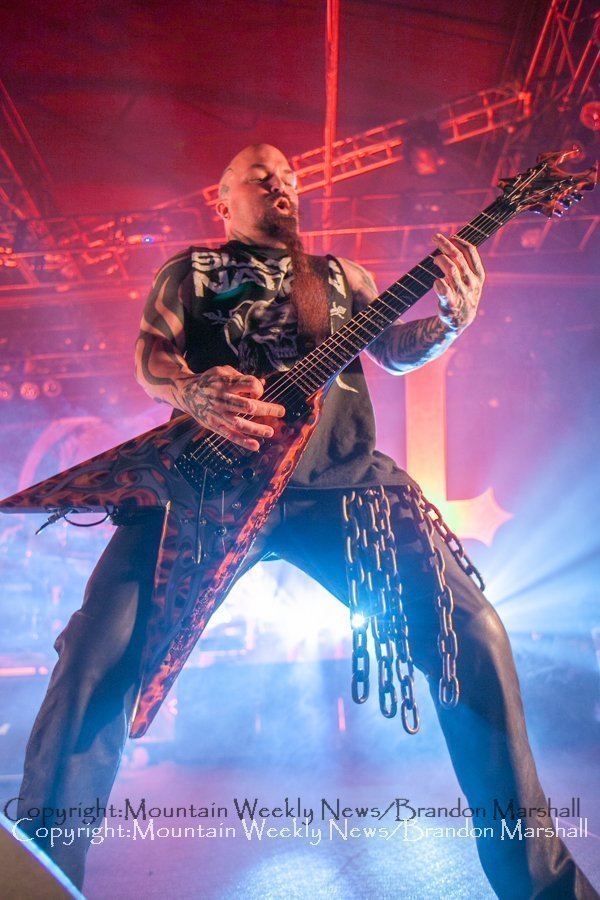 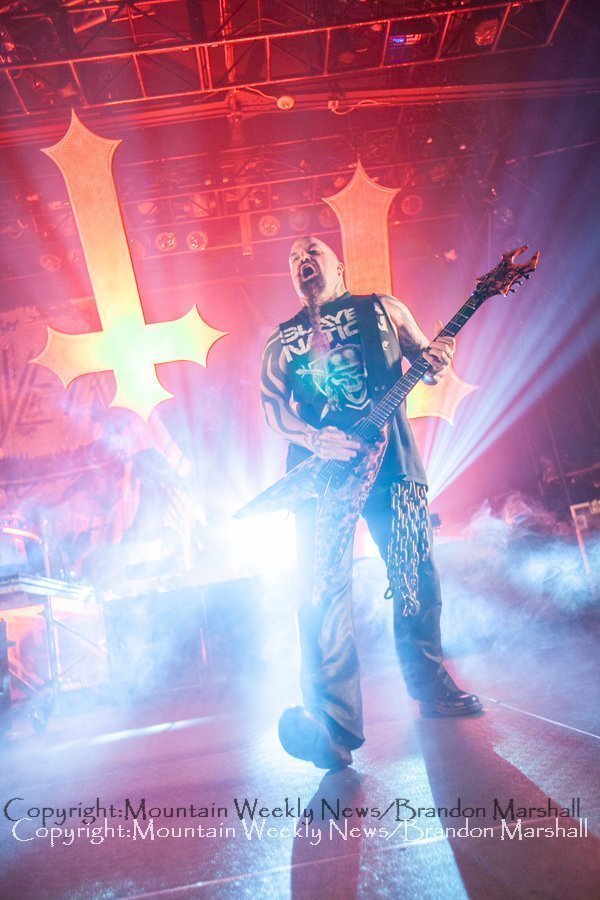 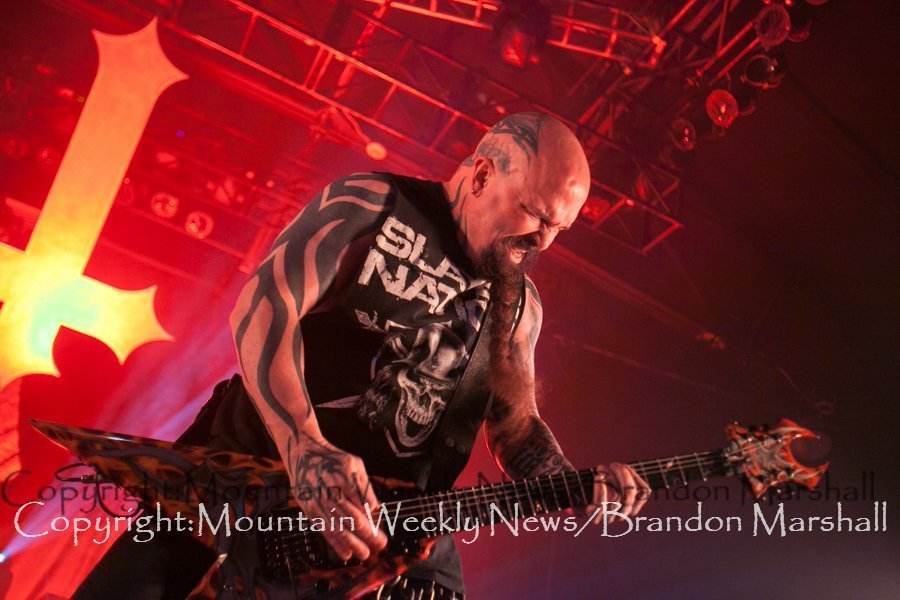 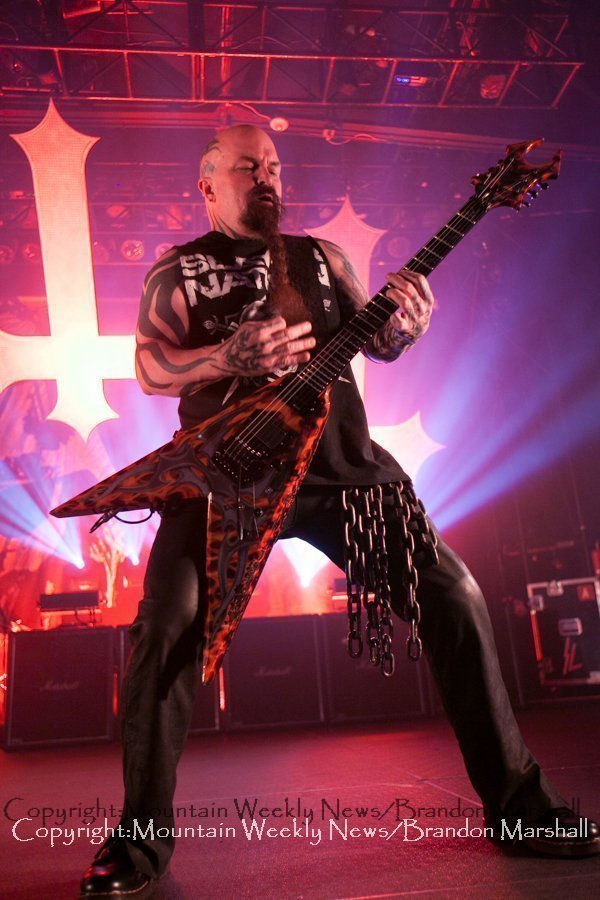