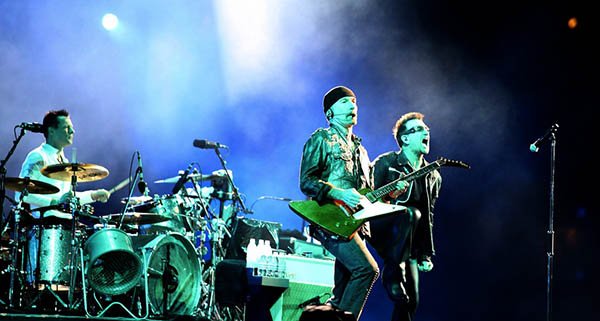 DENVER, CO – U2 brought their 360 Tour to Invesco Field home of the Denver Broncos on Saturday while Friday the band played an intimate show to 1000 people, made up local concert industry folks, VIP’s, and few lucky fans. The U2 360 degree tour is one of the largest concert productions to date.

The 360 stage set up is designed in the round giving the audience views of the band from all angles, hence the name. U2 is setting the bar with this tour as what a big stadium area rock show can encompass. Bono and the boys played all the fan favorites both old and new. They opened the show with Even Better Than the Real Thing, I Will Follow and Get On Your Boots. At this point the glowing arms of the 360 stage began to light up and flashing beams lit up the crowd. Bridges spun around allowing the band to walk out to platforms and ramps within the floor section of the stadium. 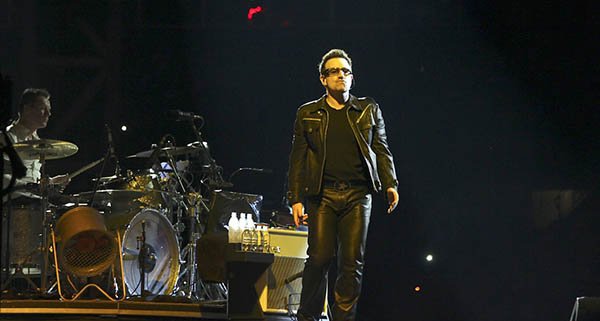 U2 also performed other songs such as All That You Can’t Leave Behind, Beautiful Day, Walk On, Streets Have No Name, Sunday Bloody Sunday, Mysterious Ways. Bono even dedicated a song to Harold Camping who was the butt of many jokes on this day as he predicted the world to end. Yes you guessed it the song was Until the End of the World. 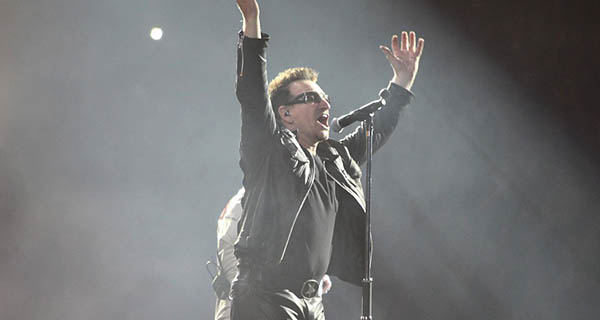 The Show was an exciting event for the city of Denver. This proves arena rock shows still exist and can be pulled off with the same magic and energy of the concerts we went to in our youth. Sure the stages and LCD screens are much more complex, but the feeling is still there. 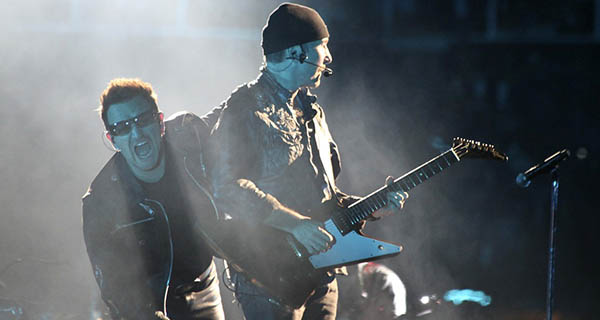 U2 gained international recognition with their concert performance and video from Colorado’s own Red Rocks Amphitheatre in 1983 where the filmed and recorded the legendary Under a Blood Red Sky Video. It is good to see the boys can still play with passion and have stayed concerned with politics and world issues. More rock stars should use their influence to empower movements by eradicating AIDS and starvation to name a few, U2 walks the talk on these issues. It would be very impressive if they came back to Red Rocks in 2013 for a 30 year anniversary concert, sure they would have to play several nights, but I don’t think Colorado would mind!!!

U2 was originally set to perform in Denver in June of 2010 but Bono injured his back causing the tour to be delayed while he was recovering. Think your a U2 fan? Can you name the best u2 songs that know-body knows? 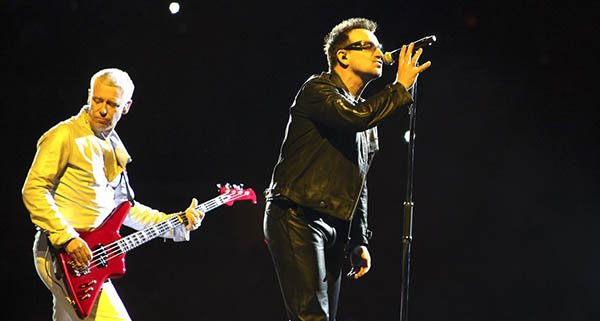 Next time your in Denver hit up the Denver Broncos stadium tours, it only cost $10 bucks and will be something you’ll remember forever. Be sure to bring a camera. 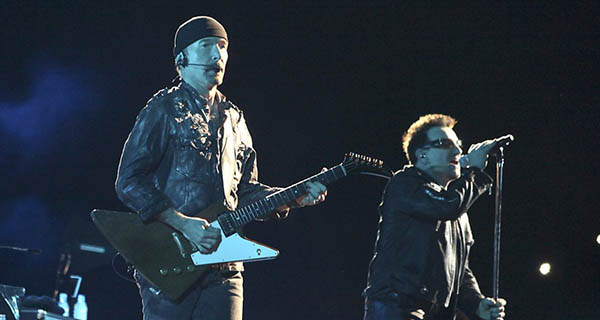 2 Comments on "The U2 360 Tour Concert Photos from Denver"