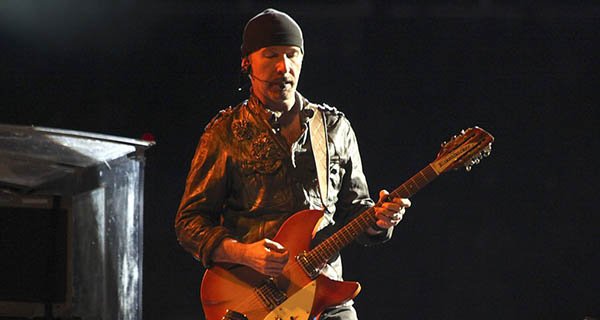 If you think this article will be as straightforward as its title, you’re dang right. The imminence of U2’s return to Colorado in June has us considering anew the band’s humongous catalog of hits. When I tell you to think of a popular U2 song, I almost guarantee you whatever you just thought of is going to be on this list.

This is about U2 songs everybody (not just you) knows. Here we go …

I hesitate to say anything at all about this song. You know it. It’s undeniably anthemic, a pacifist signature considered an early work for U2. War yielded a few attention-grabbing singles, but none more so than this gem. Their Red Rocks version (including the live album and film) remains a definitive live work and in no uncertain terms moved the band to prominence in North America and soon enough the world.

Pride (In the Name of Love)

This song was a fate-maker for U2. It’s a lyrically poignant tribute to Martin Luther King, Jr., and an observation of his assassination. Those lyrics are surprisingly flawed, though, when Bono sings, “Early morning, April 4, shot rings out in the Memphis sky …” In fact, MLK was shot just after 6 p.m. The Edge’s riff and Larry Mullen’s echo-laden snare are … well … unforgettable. Sometimes annoyingly so. With Brian Eno and Daniel Lanois behind the desks, significant ambient tones began to leak out from this rough and ready touring band. The cover of Time magazine was not far off.

These are thrown in as a pair because of their utter dominance in U2’s history. Heady, heady times as the band steamrolled the planet on the strength of these twin giants. The Edge had hit his stride with a guitar sound immediately identifiable as his alone, Bono’s lyrics tugged at the listener’s spiritual longings, and U2 became a sonic juggernaut, despite later disavowing “Rattle and Hum” – the concert film and album that chronicled the touring of that era.

This one sneaks in. There are tracks on this album that could be considered deep cuts for their relative obscurity, but “Desire” blew up and has long been a staple of U2 gigs. It made a bunch of people want to take up the drums and play harmonica.

Recovered, reinvented and revitalized after their great American experiment, U2’s sound became new again. Mysterious Ways showcases some of that with total fuzzbomb guitar effects and a sparse keyboard accompaniment. Adam Clayton’s bass is massive. It sounds like it’s gonna implode your head. This is probably the most “poppy” of the big singles from this album and therefore a shoo-in for U.S. radio.

Twenty-four years on, it holds up beautifully as a testament to real, unvarnished songwriting. Admit to having loved this song and we can move on. Check out the Anton Corbijn video to see the band in drag.

This is among the last huge hits for U2, and even it can’t be compared in sales to some of the earlier monsters. Beautiful Day hit a good nerve with people, though. It sounds clean, it sounds like rock ‘n roll, and it’s uplifting. U2 had for a while been on a European dance trip that American fans largely ignored, but this “four guys in a room playing music” announced a return to a previous form that many people had been wanting.

I’m on the fence whether Vertigo (How to Dismantle an Atomic Bomb: 2004) and Get On Your Boots (No Line on the Horizon: 2009) ought to be called U2 songs everybody knows. I think they have one toe across the line into “must be a fan to remember them” territory. What do you say?

The version drawn from the album’s acoustic sessions has outdone the rock single. It happens sometimes. This beautiful tune is on the collective mind of all who listen to modern rock radio today, although many will forget it soon enough. It shouldn’t really be on this list, but it’s fresh, so it’s in.