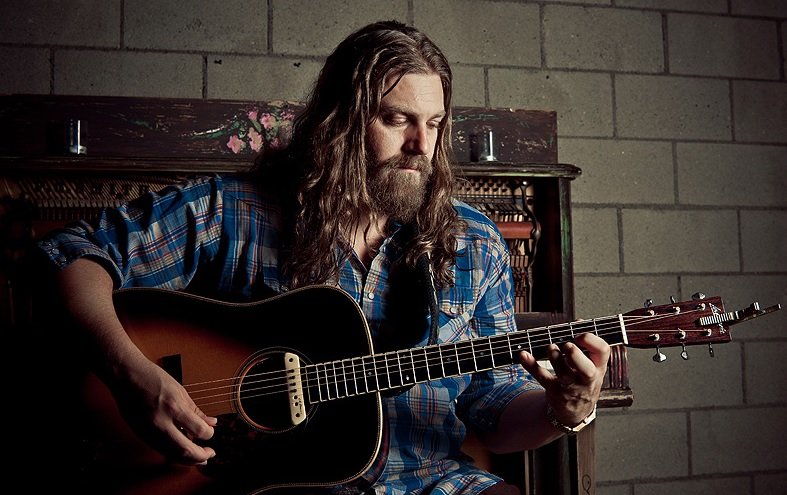 Mountain Weekly News: How long have you been playing music, tell us a little about yourself and music style.

Jake Smith:  I’ve been playing music for 10-12 Years, 6 or 7 totally independent. I was born in Oregon and grew up in Huntington Beach got my first guitar in my early 20’s. I started writing songs immediately. I’m just happy I can feed my family and make money by playing music and get to be passionate about what I do, it’s starting to build faster. I think the fan base is what helps it spread. Word of mouth goes a long way even in the digital age.

JS: I would like to be my own artists but being compared to Eddie Vedder is not a bad thing, there could be worse musicians to be compared to. But I think we have our own sound.

MWN: You have had songs on the show “ Sons of Anarchy” and you have a song on the new “Lone Ranger” Movie soundtrack do you think that has helped turn people onto your music?

Jake Smith: It keeps building and now it seems to pick up speed, it’s been getting larger and having songs on “Sons of Anarchy” has helped, we’ve had 7 songs on the show over the years.

MWN: Tell us a little about the new album “shadows, greys & evil ways” that was released on September 10th, 2013

JS: The songs on the New Album is a constant narrative, it is a concept album about a couple, Joe and Jolene it’s about their lives and him joining the army to provide for his family and going off to war and coming back, as well as falling in love and what happens between.

I feel my writing and playing has evolved with this album, my guitar skills are still basic, there are not a whole lot of concept albums that are about human struggles, they tend to be more lofty and mythical. This has more of a human touch. Songwriting has endless potential and has allowed me to focus and grow as a songwriter. The narrative of this album is very powerful and the flow of this person and his trials and struggles and reflections and all the questions of mankind, love and the point of it all.

MWN: How long have you been playing with The White Buffalo?

JS: I have a core Rhythm section Matt Lynott on drums and Tommy Andrews on Bass. We’ve played together for 11 Years; we have our own sound as well as my individual take on it.

MWN: What got you into music, any musicians that helped shape you, or get you interested in playing?

JS: I started playing guitar because my buddy’s dad used to play Bob Dylan and John Prine songs. Those guys are the kind of songwriters that have a storytelling journey in each song. Jeff Tweedy and Elliot Smith also have that same kind of songwriting ability.

MWN: With the new album being a concept album, how do you pick a single to showcase in our digital culture?

JS: We chose “Don’t You Want it”, it is about him falling from grace and reminding himself and getting a fresh start, however, each song is its own story.

MWN: Is there anything else exciting that you are working on?

JS: I am actually going to collaborate with Oskar Blues to brew a beer with them for the Great America Beer Festival in October; unfortunately I can’t talk too much about the details yet.

Be the first to comment on "Jake Smith White Buffalo Interview"