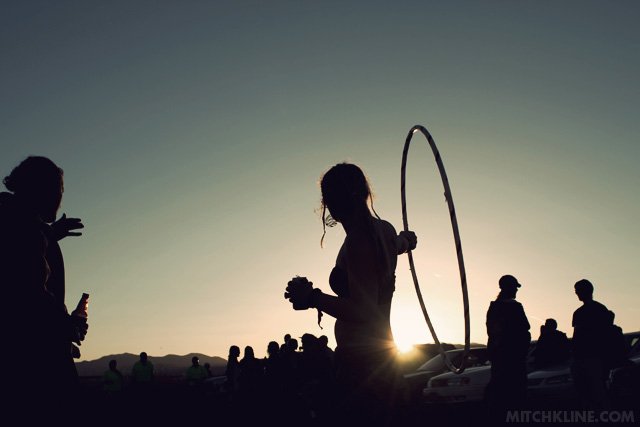 BROOMFIELD, CO – The String Cheese Incident rekindled their Winter Carnival tradition last weekend at 1STBANK Center with three nights of music and shenanigans. In the spirit of Winter Carnival, the band welcomed special guests to the stage and encouraged fan participation through a volley ball tournament and Winter Clan vs Spring Clan costume contests.

SCI played six sets of music throughout the weekend. With nearly perfect weather all weekend, the lot scene made it feel more like Spring Carnival than Winter Carnival.

Thursday – The Warm Up

With SCI playing fewer shows, it takes a bit for them to build up steam and smooth out the nerves of being back on stage. That said, Thursday night’s show offered some nice highlights, including a first set segue from Don’t Say into Water. Colorado Bluebird Sky, a new bluegrass tune, felt like a very comfortable addition to the SCI rotation, closing out the first set of the weekend.

The second set was all over the board, with BAM! setting a bit more of a funky mood for the night. As always, Rivertrance stirred the crowd into a froth. Cottonmouth and Sweet Melinda, with Keith Moseley on vocals, are always welcome additions to a setlist and were well played on this night. Big Shoes into Ramble On brought a solid second set to an end. The band wrapped up the night with a two song encore of Barstool and Chuck Berry’s Tore Up Over You.

The energy around Friday night’s sold out show felt considerably higher than the previous night. With Friday night openers JD Crowe and The New South in the house, it seemed obvious that SCI would travel down more of a bluegrass avenue this night.

The first big bust-out of the weekend came when, as noted by Michael Kang, the band dug deep into the memory bank with the rarely-played Pygmy Pony (14 times played, last played 4/25/2001). The first set ended with a segue from On the Road into Jellyfish into the other big bust-out of the night, Late in the Evening (last played 11/10/2001). The band had obviously hit its stride with this set.

The second set started with a nice three song acoustic bluegrass set, with the entire band, along with the members of The New South, lined up at the front of the stage. The group finished up the mini bluegrass set by trading solos throughout Shenandoah Breakdown. Other second set highlights included a well played version of Blue Bossa, and a run from Rhythm of the Road into Dirk into frequent set-closer Shine. Supertramp’s Bloody Well Right into Las Vegas capped an excellent Incident and set the tone for the final night of this year’s Winter Carnival.

Everyone expects Saturday night to be THE show of any run, and this Saturday night Incident did not disappoint in the least. With expectations and energy level high, Ivan Neville’s Dumpstaphunk set the tone for the evening with a tight opening set, warming up the packed house for what was about to be one of the best Incidents in recent history.

Song in My Head album review from SCI.

SCI’s set was strong right from the start, but really started to gain momentum when the band debuted the funky new Kyle Hollingsworth original, Rosie. Ivan Neville and members of Dumpstaphunk emerged for Will It Go Round In Circles, with Ivan Neville joining Kyle on the keys and Keith Moseley moving to percussion to make room for Tony Hall to lay down some funky bass lines. Surprisingly, we only got one song from Dumpstaphunk. Either way, it was enough to add even more of a funk feel to the set. The real highlight of the set came with a seamless segue from the first-time-played One Thing Leads To Another with Michael Travis on vocals, into Valley of the Jig, a prelude to what was about to take place.

As the band launched into the set two opener, Howard and flags, stilt walkers and costumed Winter and Spring Clan members lined up near the back of the venue, most fans probably had no idea of what was about to transpire. Just before the band played the first notes of Way Back Home, the sea of people on the floor was parted and the parade of flags, stilt walkers and clans marched toward the stage. As the band jammed, dancers were raised on platforms throughout the venue, girls dangled and spun from hanging drapes, and flags and confetti dropped from the ceiling. The Carnival had begun! Sensory overload, to say the least. The celebration went on for nearly fifteen minutes, with the band slowly building the jam into a frenetic finish.

The set never let down from there, with another new Kyle song, Let’s Go Outside, making its debut, followed by personal favorite Sand Dollar. What could possibly close out this set in fitting style? How about Ring of Fire into Desert Dawn. Start to finish, this was one of the best sets of String Cheese Incident I’ve personally witnessed. It didn’t end there though. In one final nod to an amazing weekend, SCI ended the night with an encore sandwich of Black Clouds, Wanna Be Starting Something to close out another spectacular Winter Carnival.