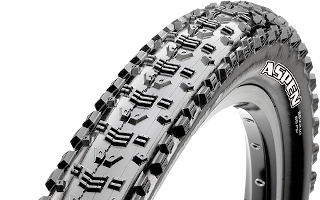 The Aspen has long been a cross-country staple, seen on the bikes of top riders like Nino Schurter and Kate Courtney. For a long time, it was only available in an XC-friendly 2.25″ tire width. But Maxxis changed things up with the 2.4″ Aspen.

It’s still a cross-country tire. But that extra tire width makes a huge difference when it comes to riding rougher trails. 0.15″ doesn’t sound like much, but you’ll feel it when you’re on rocky, rooty, wet trails.

If you’re a trail rider that leans toward longer rides on slightly smoother trails, the 2.4″ Aspen is a great choice. It will wear more quickly than some other options, and may be best suited to the rear where you don’t need quite as much grip, but it’ll save you energy in the long run.

Much of that energy savings come from the flyweight 721 grams. That’s basically nothing, unless you’re looking at race-only cross-country tires. 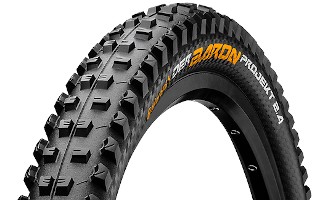 This tire is all about grip. Big center and shoulder knobs combined with Continental’s fantastic Black Chili rubber compound ensure that you’ll get traction on just about any terrain, from the sandy and dusty Front Range to the rainforests of the Pacific Northwest.

Continental’s Apex puncture protection is also fantastic — you’ll be amazed at how many miles you get out of these tires before you see even a small puncture (unless you’re really slamming rock gardens, of course).

All of that grip comes with a slight weight penalty, though, as the 29″ x 2.4″ Der Baron weighs in at 970 grams. That’s certainly not super heavy, but there may be better options if you’re doing a ton of climbing and don’t need race-level traction.

The Der Baron could be used as a front or a rear tire, but using it as a front with a Der Kaiser in the rear is a popular option for maximizing grip on both ends without losing too much roll in the back. 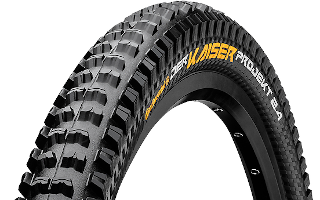 The Der Kaiser is a rear enduro tire that’s best paired with a Der Baron on the front. It brings the same benefits — massive grip, decent weight — to the rear of the bike and reduces the distance between the knobs for better rolling resistance.

The puncture protection is just as good as that on the Der Baron with the Apex system, and the Black Chili rubber is one of the better compounds out there.

The large, paddle-like center knobs on the Der Kaiser stand out. For a rear tire, this provides a ton of traction. This is great for steep descents when you need better braking traction — it’s much harder to get this tire to slide out than some of its competitors.

Like the Der Baron, the Der Kaiser falls in the middle of the weight spectrum at 1,030 grams. It’s not an especially light tire, but it’s not the burliest of the bunch, either. Use it on the rear with a Der Baron up front, and you have a solid all-mountain or enduro setup that will handle a ton of abuse without tripping up. 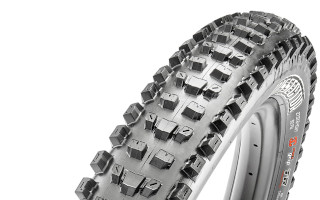 The Dissector is a big-hitting tire that doesn’t sacrifice all of its rolling speed. The large center and shoulder knobs make this very clearly a gravity-focused tire that will feel at home on an enduro or even downhill course. But the closely spaced ramped center knobs look more like a trail tire.

That’s where the Dissector shines — maximum grip on the way down, but a bit more help on the way up than you’ll get with some equivalently grippy tires. It’s still going to shine on descents, and not climbs. But paired with something like a Rekon on the back, you’ll get better all-around performance.

While you can get the Dissector in many different configurations, the DH casing fits well with the intended purpose of the Dissector: going as fast as possible over anything and everything.

The DH casing isn’t light, though — at 29″ x 2.4″, that setup weighs in at 1,280 grams. The Double Down casing, which doesn’t provide quite as much protection, is a slightly more reasonable 1,095 grams. One of the best 29 in mountain bike tires we tested this year. 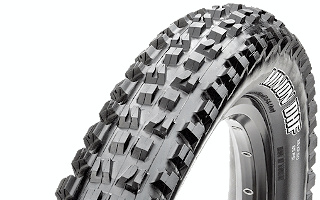 Everybody knows the Minion. It just won’t go away. But there’s a good reason for that: it’s a phenomenal tire. The front (DHF) and rear (DHR) versions are both extremely popular and are available in any combination of casings and protections you could possibly want. (The DHF is pictured above.)

Why is the Minion so popular? Because it combines the things that everyone is looking for: grip, durability, rolling resistance, and price. It’s not as expensive as others out there, but it gives you more performance per dollar than almost any other option.

Choosing the DHF or the DHR and the configuration you need depends on your riding style. The DHR tends to be a bit lighter, though the DHF is a bit grippier. You’ll find both on the front and rear of tons of bikes.

The only disadvantage to the Minions is that they just don’t roll as fast as other tires out there. They provide a great balance between rolling and grip, but many non-racers will find they just don’t need this level of traction, especially on the back wheel. 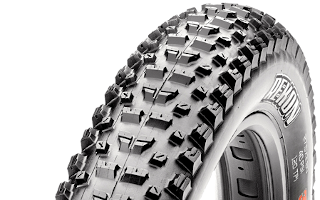 The Maxxis Ikon is a classic cross-country tire, made for fast-rolling racecourses that don’t need much grip. The Rekon is built similarly, but is meant for trail riding. That means you get enough traction to keep you from sliding around every corner, but without all the extra drag of a heftier tire.

As an aggressive XC or light-duty trail tire, the Rekon will be a good fit for most recreational riders. It’s great as a rear tire paired with something more aggressive up front (like a Dissector or Minion), but works well as both a front and a rear for riders looking to save weight and rolling resistance.

One of the nice things about the Rekon is that you can get it in widths that you don’t often find for cross-country tires, like 2.6″. The 2.4″ MaxxTerra version hits the sweet spot for most riders, though, with a solid amount of grip and only 840 grams in weight. The 2.25″ version in MaxxGrip is a faster-rolling, less grippy version. 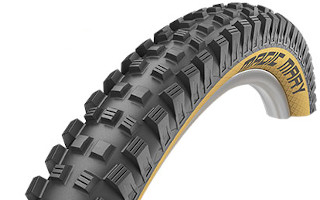 The Magic Mary, like the Der Baron and the Dissector, is a downhill-focused tire that you can still pedal uphill. It’s not light, but it’s very grippy and built to handle a lot of abuse — especially in the Super Gravity casing.

Schwalbe’s multiple rubber compound options give you a lot of choices when it comes to level of protection, rolling resistance, and weight. Being an enduro-ish tire, the Magic Mary is never going to be light, but you can get it under 1,200 grams, which isn’t too bad.

Tall — but not too tall — center knobs work well with larger side knobs for serious cornering grip. The Addix Soft compound is a solid choice for a front tire, as it’s grippy but not super soft, while the Speedgrip compound will make for a better choice on the rear.

No matter which combination of sizes and compounds you prefer, you’ll find a Magic Mary that works well for your style of riding. 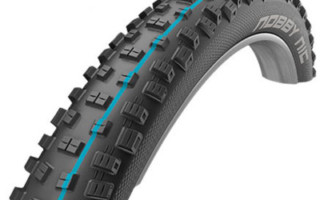 The Nobby Nic is a fantastic all-around tire that works well for technical cross-country as well as trail riding. You might even run it as a rear for some light-duty enduro riding. The Nic may not beat other tires for speed or grip, but its versatility makes it one of the best options for most riders.

There’s nothing remarkable about the tread pattern — moto-style blocks in the middle and taller shoulder knobs make for good grip in a variety of conditions. The alternating center blocks reduce rolling resistance a bit. Aggressive siping gives you a bit of extra bite.

Like the Magic Mary, there are tons of width, compound, and protection options. That means a lot of weight variation, too, but you can probably count on keeping it under 900 grams. 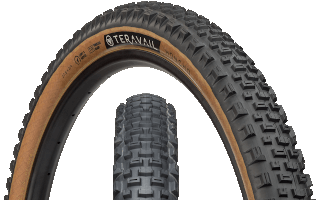 The Honcho is like the Nobby Nic in that it’s meant to be an all-around tire that excels in a variety of conditions, from dust to mud. The middle of the tire is filled with chunky blocks that are relatively closely spaced for better rolling resistance, with larger blocks on the shoulders for cornering.

The block design on the Honcho is interesting — the sipes are huge (in fact, I’m not even sure you can call them sipes), and the U-shaped blocks boost braking traction. Overall, the blocks are a bit Minion-like, but not as much as many of the other options out there.

One great thing about Teravail tires is that they currently only come in two casing options — Light & Supple and Durable. So you know exactly what you’re getting. And the L&S comes in a tan wall, which looks absolutely fantastic. 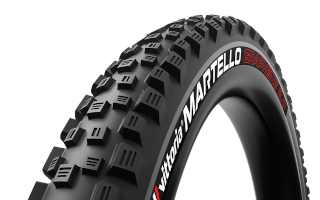 As you’ll see in our review of the Martello, this tire is big, chunky, grippy, and fast. It rolls way better than you’d expect for a tire that’s this aggressive (and heavy). It could be because Vittoria uses four different rubber compounds in their 4C tires, or the fact that they’ve used graphene to strengthen and lighten the tire.

But when it comes down to performance, it doesn’t matter. The very large, chunky blocks provide mega traction without slowing you down too much. It’s still an enduro tire, so you won’t be winning any XC races on it. But you might be surprised at how much it doesn’t hold you back.

It might be overkill for a rear tire, but up front, it absolutely shines. At 1,380 grams, you could pair it with something a bit lighter on the rear to make your ride a bit livelier and cut down on some of the rolling resistance.