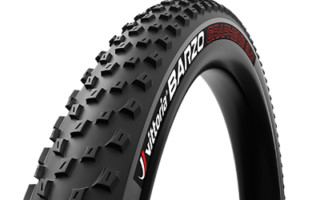 At first glance, the Barzo looks a lot like the Forekaster and the Nobby Nic — those blocks are moto-style with a lot of edges. But when you look closer, you’ll see that the blocks actually aren’t all that square; they have very interesting curved edges. This tire keeps the popular alternating center blocks and supplements with big shoulder knobs.

There’s a reason the Vittoria Barzo Tire has been used to win the BC Bike Race and can be seen on World Championship cross-country bikes. It’s designed to be ridden fast, but won’t let you down when things get a little gnarly.

The Barzo is available in sizes up to 2.6″ wide. Run it front or rear. 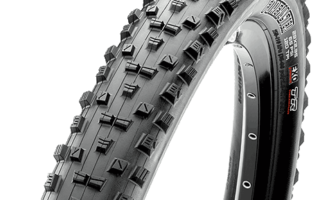 While Maxxis advertises the Forekaster as a late-season and wet-condition tire, it’s actually perfectly set up for downcountry riding. The center blocks are closer-set than you’ll find on some trail tires, but not so close that you’re giving up traction. And they’re full of square back edges for extra braking power.

Where the Maxxis Forekaster 29 Tire really shines, though, is with big, offset shoulder knobs. It’s still a round-profile tire, but you can lay this thing over on its side with a lot more confidence than you could a standard XC tire. You don’t see the Forekaster around a lot on the trails right now, but you can bet that it will gain in popularity.

The Forekaster is available in sizes up to 2.6″ wide. Run it front or rear. 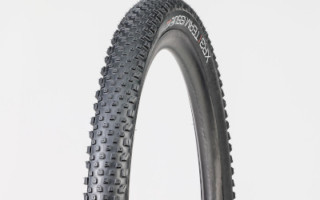 Like the XR2, this tire has small, low center knobs for great rolling speed. But it takes the side knobs from the XR4 to provide even more cornering stability. Like many aggressive XC tires, it has a bit of a “semi-slick” look, but not quite as slick.

This tire is a little weird-looking at first; you won’t see many options with as much contrast between the center and shoulder knobs as this one (unless they’re fully semi-slick). But that’s why it’s such a perfect fit for the downcountry bike. Its primary focus is speed, but it doesn’t let up when the going gets rough.

The Bontrager XR3 is available in sizes up to 2.8″ wide. Run it front or rear. 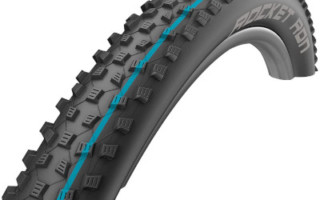 And because you can choose from a wide range of sizes and compounds, you can customize the Rocket Ron to work best with your downcountry rig (with Schwalbe, it’s often a good idea to run the Speed compound in back and the Speedgrip compound up front).

The Schwalbe Rocket Ron is available in sizes up to 3.0″ wide. Run it front or rear. 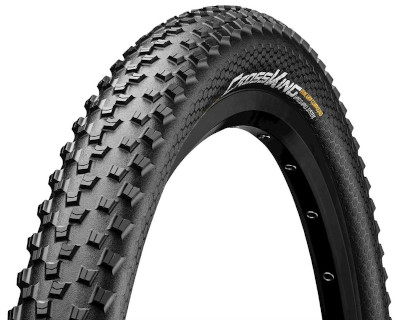 If you liked the closely spaced center knobs of the Fast Trak Control, you’ll love the Continental Cross King. At the very center of the tread, there’s almost no space between the knobs. They’re packed super close for extremely fast rolling on hard surfaces.

The corner knobs are pretty closely spaced, too, meaning you won’t get as much traction as you would with some of the other tires on this list, making this a better rear than a front tire. But if you usually ride on hard surfaces with good grip, you may be willing to make that sacrifice.

The Cross King is available in sizes up to 2.3″ wide. Run it front or rear, but consider something with a bit more bite up front. 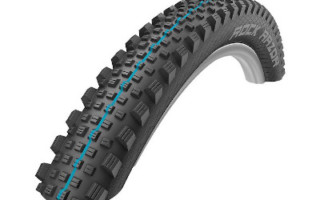 This semi-slick is meant to be blazing fast as a rear tire. Small, closely packed center knobs keep you rolling at high speed, but the much larger side knobs will keep you planted in the corners. They also help with braking control, but don’t expect a huge performance boost there.

Like other Schwalbe options, you can choose from a wide variety of sizes and rubber compounds. Which makes this a good tire for many different conditions — though you probably won’t want to use it much outside of the dry conditions found biking mid-summer.

The Schwalbe Rock Razor is available in sizes up to 2.6″ wide. Run it as a rear. There’s no case where this will perform as a front tire. 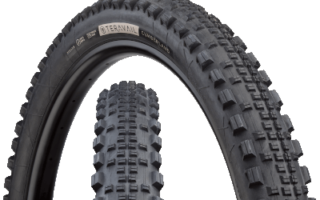 The Cumberland is a near-semi-slick with some serious corner knobs, similar to a Minion SS. The center knobs are closely spaced for minimal rolling resistance, but they’re also squared off for better braking performance. Where the Cumberland shines is in its massive shoulder knobs. If you’re used to XC tires, you’ll be amazed.

Unfortunately, the Cumberland only comes in plus sizes (27.5″ x 2.8″ and 29″ x 2.6″), but these sizes are becoming increasingly common on aggressive XC bikes.

The Cumberland is available in sizes up to 2.8″. Run it as a rear. There’s not enough tread for a front here. 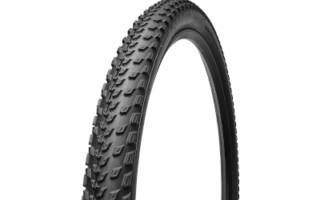 The Fast Trak has long been a favorite of riders looking for high rolling speed on hardpack conditions. The Specialized Fast Track CONTROL 29 version adds more consistent cornering ability with more aggressive shoulder knobs. They aren’t that much bigger than the Fast Trak side knobs, but it makes a difference.

Notably, though, you don’t lose the very closely spaced center knobs. There’s almost no gap, meaning you get fantastic rolling on hard surfaces. These might pack up with mud in the rainy season, but if you’re in the dry Mountain West area, that probably won’t be an issue.

The Fast Trak CONTROL is available in sizes up to 2.3″ wide. Run it front or rear.

But what kind of rubber do you put on those bikes? It’s not always easy to figure out.