Father’s Day is just around the corner, promising to coincide with a little more of an open door on adventure. Dad likes adventure. But he also likes to do things right; plus the man has more style in his little finger than you have in your whole emo-meets-trap-rap body. Which means any gift for him needs to be functional, it needs to add a flare to the setup, and it needs to scream “let’s go on a damn adventure already”. Just like dad did last week when he heard covid restrictions were lifting. 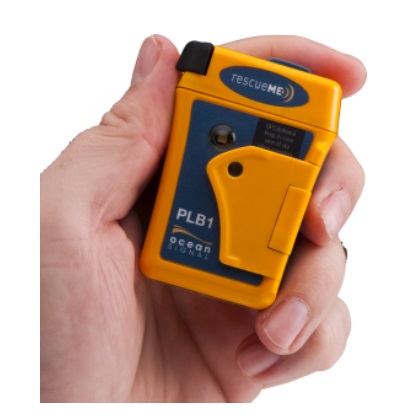 Because Dad loves wild adventures, but not coming home isn’t an option, the RescueMe PLB1 Personal Location Beacons is one of the best ways to show him how much he means to you. Whether he’s out on a solo sailing adventure or climbing Torres del Paine, disaster could strike anytime Dad’s living his best life. The ResuceMe Personal Locator Beacon PLB1 is an international distress signal emitter that, with just the press of a button, sends out his location with an emergency notification to local rescue services and responders. Plus it comes with a flotation pouch for when he gets lost at sea… The greatest gift that you all could ever hope dad never has to use. 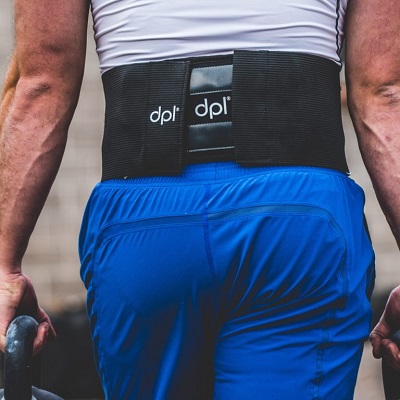 Because Dad’s not slowing down even when his body tells him to, the dpl Flex Pad helps him get past the aches and pains from charging it like a man a couple of decades younger. The dpl Flex Pad incorporates LED light therapy into an easy-to-use OTC Class II home medical device. For years this was super-pricey tech used mostly by physical therapists to treat pain, arthritis, stiffness, sprains, swelling. Now, Dad can come home from that 8-hour ski tour, crack a beer, wrap this around his back and let the healing begin on the comfort of his own couch.

Because dad is all about that life on the rocks, the Five Ten Guide Tennie Approach Shoes may just become his favorite pair of shoes. Is it any coincidence that Father’s Day coincides with the beginning of summer send season? And while it’s good to have a good climbing shoe, IMHO a quality tennie with sticky rubber is even more important, especially in places like the Tetons where there are long approaches to the climbs. And since Dad has spent so much of his time leading you and the other kids up your first 5.4, 5.5, 5.6 it allows him to be comfortable when guiding up moderate climbs. Any time you’re approaching a climb, odds are you’ll see more people in the Five Ten Guide Tennie than any other approach shoe. Don’t let Dad miss out.

Because Dad’s a voyager, the Patagonia Black Hole 55L Duffel Bag is that perfect rugged travel hauler. Pops was the first person to teach you to pack light. So get him a duffel that lets him pack light (but durable) from check-in to road trip, or from the trailhead to rowdy multi-day trad climb. Combining ripstop fabric with water-resistant construction, this Patagonia Duffel Bag can also either be carried like a standard duffle or worn like a backpack. Perfect for that epic surf trip through Costa Rica the old man’s set up for the two of you. 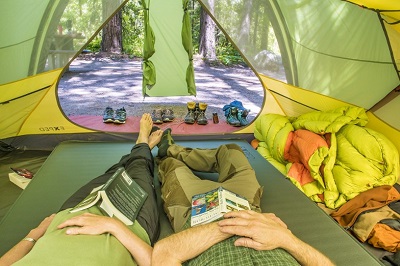 Because Dad expects comfort when he car camps, get him the Exped MegaMat Duo 10. It’s a lot of fun to get out deep into the backcountry to go camping; but sometimes, it’s just nice to pull off a secluded road and sleep in the canvas, and you might as well take advantage of all the stuff you can bring. The MegaMat Duo 10 Sleeping Pad is just short of bringing a high-end full-size bed with you. The self-inflating open-cell foam core ensures pops can save his breath for that hike to the nearby fishing hole (with an Exped Mini Pump to blow it up fast). The old man deserves some comfort in his life doesn’t he? And when he maybe stays out a bit late with the homies, he has the perfect porta bed to sleep on in the man cave. 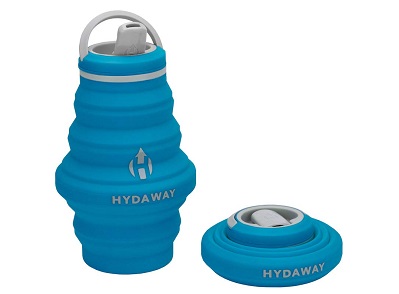 Because Dad’s always on the go but he’s not trying to buy plastic bottles every time he’s thirsty, get him the HYDAWAY Water Bottle. There he is, at the airport, about to board his plane and Dad realizes he forgot his water bottle. Meaning he can either get that dehydrated jetlag hangover or add to the Pacific Garbage Patch by buying a bottle of water. But luckily he has his collapsible HYDAWAY travel water bottle in his carry-on. Expand it to its 17-oz full capacity, then fill it up at the water fountain. Even more, it’s great as an extra water bottle for those backpacking trips when you get to basecamp and want to fill up as much as you can from the water source before hiking back to the site (but don’t want to carrying in half a dozen Nalgenes). And given its BPA-free, dishwasher safe, taste-and-odor-free, this has gotta be the winner for most likely to get dad to say “You know what? I really love this thing you got me.” 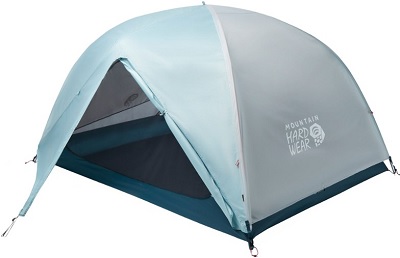 Because when you’re on that August camp, Pops loves to sleep looking at the stars, get him the Mountain Hardwear Mineral King Tent. It’s 1500mm PU fly and 75D 1500mm PU means it’ll be waterproof when closed. But where it really shines is its wide door and mesh walls that ensure the wildest wilderness views wherever you set it up. But at a little more than 6 pounds with 43-square feet of space, you and pops can either enjoy some spacious car camping or carry it for some mountaintop backpacking. And one more thing to tell the old man: scientists recently found that tent flame retardant is negligibly effective at keeping the tent from burning up but know what it’s tested possible for? Carcinogens. So Mountain Hardwear last year became the first brand to take fire retardant out of all its tents. Because you want the old man to be around long enough to provide free babysitting services like once a week, right?

Because dad lives for the sun reflecting off the water and sometimes grabbing a few fish beneath, the Costa Del Mar Rinconcito is going to be one of his newest best friends. Costa has earned the reputation for being the sunglasses of choice for serious fishermen, because water can be tricky and the sun can blind you but you also gotta be able to handle that twilight. The hermanito to the Costa del Mar Rincon, named after SoCal’s legendary surf beach and styled on that Wayfarer SoCal beach culture. 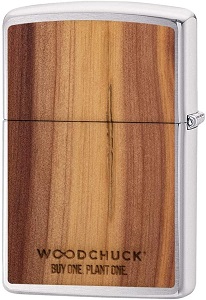 Because dad does everything with style, from the way he walks to the way he lights a victory cigar back at basecamp, the Zippo Woodchuck lighter is that perfect final piece to his well-crafted life. Dad likes movies. He appreciates that guy with the plan, the good car, tight threads, who always knows the right thing to say. Dad is kinda like that guy. And when that guy goes to light a cig, a joint, or a cigar, what does he use? A bright yellow Bic? No – he uses a Zippo. The Woodchuck takes it one step further. Not only is it a Zippo. It is inlaid with cedar, to represent dad’s personality – that woodsman and craftsman. Classy but simple. Clean and elegant. It’s a simple accessory the old man can have with him at all times, from the summit of Everest to that rooftop smoking section in L.A. to your sister’s wedding. The perfect gift that he can take everywhere, without breaking your bank. 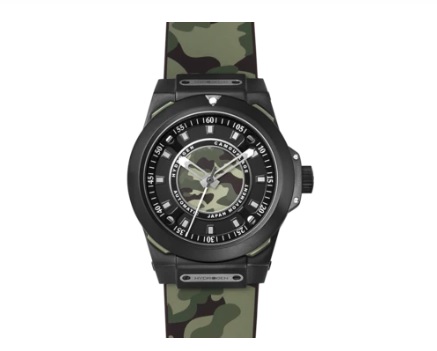 Because Dad is the epitome of rugged boss style, the Hydrogen Sportivo watch makes a bold statement: “I know what’s up.” It used to be that a watch was a necessity for everybody; now with the ubiquitous phone clock in your pocket, wearing a nice timepiece on your wrist is arguably more about style than function. But if Dad’s the kind of person who likes nice cars and original prints; quality cutlery and timeless craftsmanship, the Hydrogen Sportivo watch will nail the Father’s Day gift list. Based on Italian sports cars, this Japanese-precision-driven Hydrogen Watch is rugged, precise, water-resistant, and steezy as hell. Add in watch bands ranging from silicone to artisan leather to gold and stainless steel and you have sporty bling locking down pops every handshake.