Just because these bikes are electric doesn’t mean you won’t get a good workout.  In fact, e-bikes are great for exercise.

During travels to Switzerland, Austria, and Germany, these bikes were simply everywhere. They were on dirt trails, on multi-use paths, we witnessed them bike-touring on hardpack, on challenging road climbs and in the cities. These days electric bikes are great for exercise with sacrificing performance.  We saw electric mountain bikes, electric full suspension bikes, cruisers, utilitarian commuter bikes, road bikes, and even gravel bikes.

It is oft said, ‘if you can’t beat ‘em, join ‘em’ but this is not about acquiescence, this is a clear-conscience choice.

I call myself an athlete. I own a road bike, a gravel bike, a mountain bike, and a couple of urban bikes. I qualified for the Boston Marathon on my first attempt and then qualified again. I swim, I hike, I stand-up paddle, and I kitesurf. And I am also hopelessly in love with my Civia Parkway ebike. Each journey I finish is punctuated with, why wouldn’t you own one? While I believe everyone can benefit from ebikes, here are a few reasons why ebikes fit into the athlete’s life.

You’ve just finished a long bike ride; you’ve showered and you need to eat – now. Under the best of energetic circumstances, you’d take your city bike but the thought of one more pedal stroke has you sinking further into to the couch. And really, who wants to drive anywhere on the weekend for short trips? You will never again not go if you have the ebike option.

To that end, the ebike is the perfect way to spin out your legs after a long hard ride or run or hike while simultaneously getting an errand done, or meeting up with friends for dinner. There’s nothing worse than doing nothing after strenuous activity. 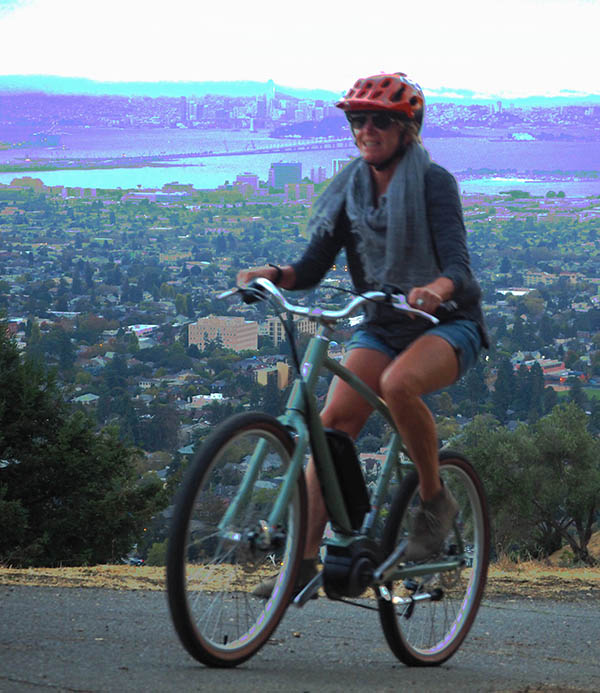 Just because you consider yourself fit or because you define yourself as an athlete, doesn’t mean you’re exempt from exhaustion. It also doesn’t mean that using an ebike for commuting to and from work or to the gym doesn’t fit your lifestyle. It doesn’t make you any less of an athlete. To the contrary, if you own an ebike, you are more likely to consistently use your bike for commuting and in place of car trips. Ebikes can literally be ‘an addition to’ whatever other training is part of your weekly schedule.

It’s fun. The truth of the matter is that ebikes are fun and no matter who you are, you’ll ride more often and you’ll ride longer. Even if your goal is to get to the store and back and get your legs up and rested before the following day’s long run, hike or ride, you are likely to add an extra trip around the block if you’re on an ebike. It’s difficult to shut the door on fun.

If you’ve never had the opportunity to ride an ebike, visit your local bike shop to take one for a test ride. We’ve been riding the Civia Parkway because it’s lighter than your average electric bike at 43 lbs, is less expensive than your average e-bike at $2799 and it‘s powered by Bosch – the premiere name in bike batteries. The Parkway’s lighter weight makes it nimble and a quick and the Bosch Powerback 400 means it’ll span 30-110 miles on one charge (depending on conditions). Take one for a ride. Our best guess is that you’ll soon have a mental list of all the reasons why adding an ebike’s to your current stable of bikes makes good sense.

At the most basic level, the Civia Cycles line is compelling and relevant because of backing by Quality Bicycle Products, which is the largest distributor of bicycles in the United States. This offers both availability—nearly any reputable bike shop in the US could get a Civia bike for a customer—and an incredible support network for the bikes should there ever be a question or technical issue.