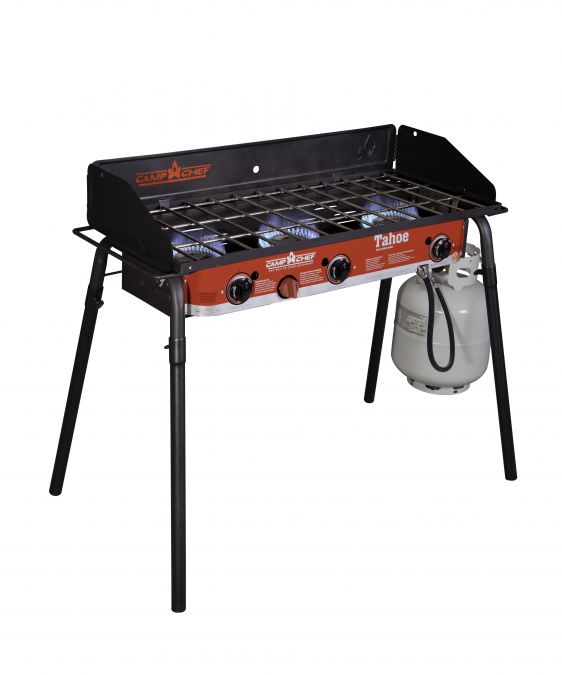 Dad’s done for the day but he’s not ready to return to life inside 4 walls yet. So he opens the truck bed and pulls out the flat grill, attaches legs — or even just leaves it on the tailgate — and within minutes he’s cooking with 90,000 BTUs. It’s the modern-day mess for the rambling grill master who means business. And for car camping, it blows the doors off any of those little mini propane grills they throw at you from your neighborhood super-mart. A perfect gift for dad from son.

This year, give dad what he really wants: A weekend in the wilderness. Getting away from the smartphones, the business calls, the yardwork, the cars that always need fixing and house projects that never end. With a colorful flair that’ll set his free spirit apart from all those standard blocked tents, more than enough room for 3 people and 3 doors for those midnight bathroom breaks, there’s nothing better for the family man who’s got a wild animal trapped inside. 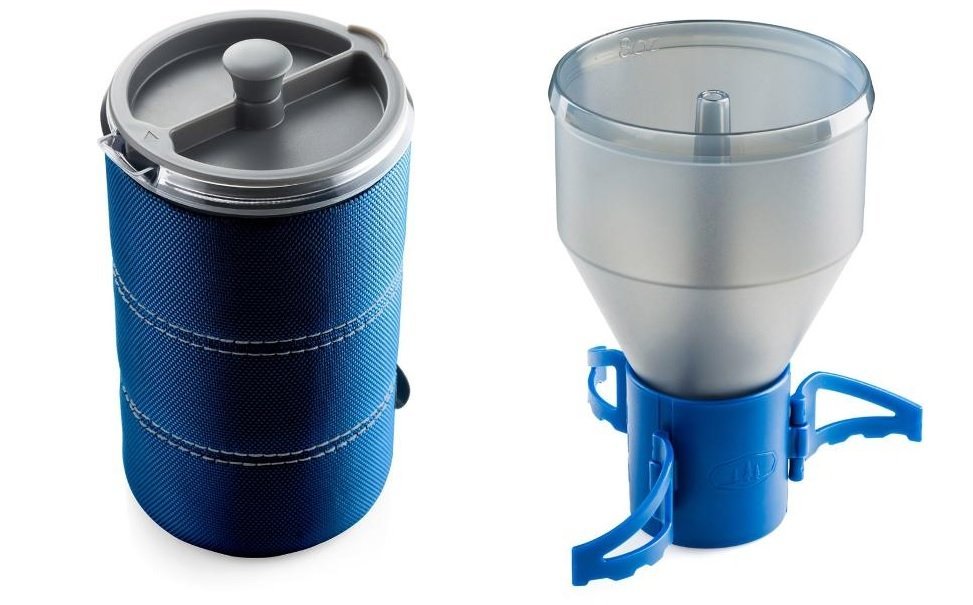 Coffee. It’s what keeps Dad alive; without it he’d collapse onto the floor, jabbering about economics and life before smartphones as he falls into a weeklong nap. The GSI Java Press ensures he’s got the goods even in the middle of nowhere, and not the instant stuff but primo black java. Throw in a GSI Pocket Rocket, about the same size as a tall shot glass, and Dad’s going to be performing at his best. Because really, the man has a problem. He needs coffee like a narcissist needs selfie likes; like a crackhead needs, well, crack. The last place you want him getting the caffeine shakes is in the middle of nowhere. I mean, then, you’d have to fill the water filter yourself. And who’s gonna dare you to glissade down with a full pack? 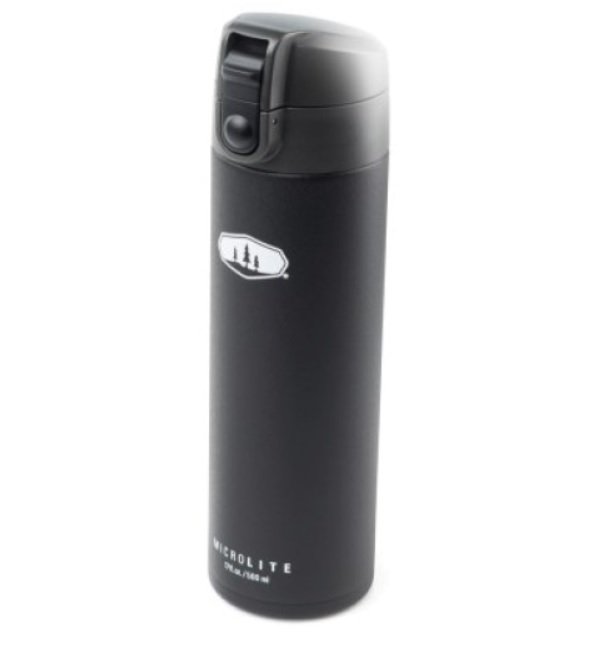 Hot coffee in the middle of a cold morning hike is what Dad wants. Coldwater in the middle of a long hot run is what Dad wants. GSI’s microlite keeps hot for 10 hours and cold for 20 while beating the competitors in the weight category by a third, with stainless steel ensuring the bottle can take a beating mid-adventure, just like dear ol’ tough dad. Even the lid is engineered beyond anything a mere mortal would ever imagine. 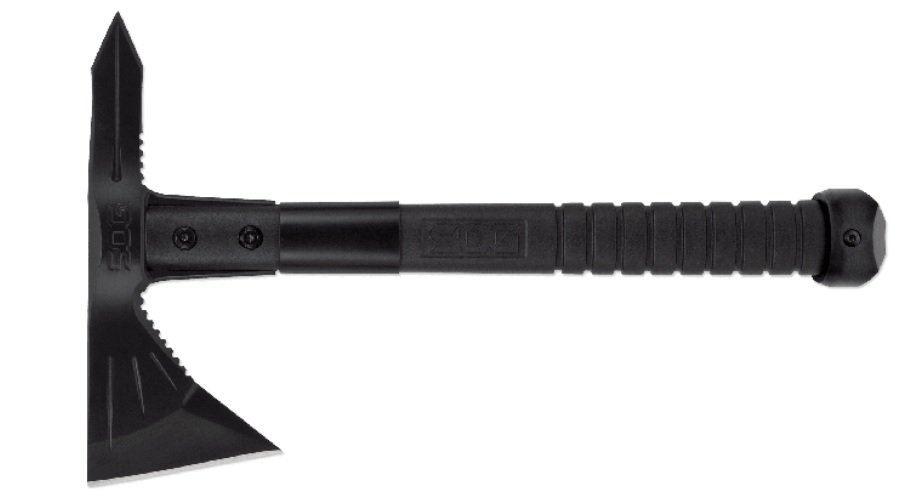 I once asked a Navy SEAL friend of mine what weapons he takes into battle. “Whatever we want,” he answered. “One of my guys takes a tomahawk.” That was the example he chose. Because really, what’s more badass and useful that a small axe that doubles as a hand-launched projectile? The folks at SOG understand how to make a blade my boy and his team would be proud to carry into elite missions. Founded in 1986 and named after the Joint Special Operations unit that made its own knife in Vietnam, the need for life-or-death quality and dependability imbue every product they make. Their Voodoo Hawk is a combo hatchet and throwing tomahawk, with a blunted knifeblade off the back and a handle reminiscent of Thor’s hammer. Just holding this 12.5” inch, pound-and-a-half tactical axe will get the old man’s blood flowing. And since Axe throwing has replaced darts as the best projectile-centered bar and man-cave game, Pops can become a rock star in the axe throwing bars that have popped up everywhere from London to Brooklyn to Victor, Idaho. It also has its own sheath so Dad can loop it on the belt for the backpacking trip, you know in case he has to fend off a vicious mountain lion, because let’s be honest, that would really be the Father’s Day gift he wants. To be able to tell the story about that time he saved his family from a mountain lion using his tomahawk. 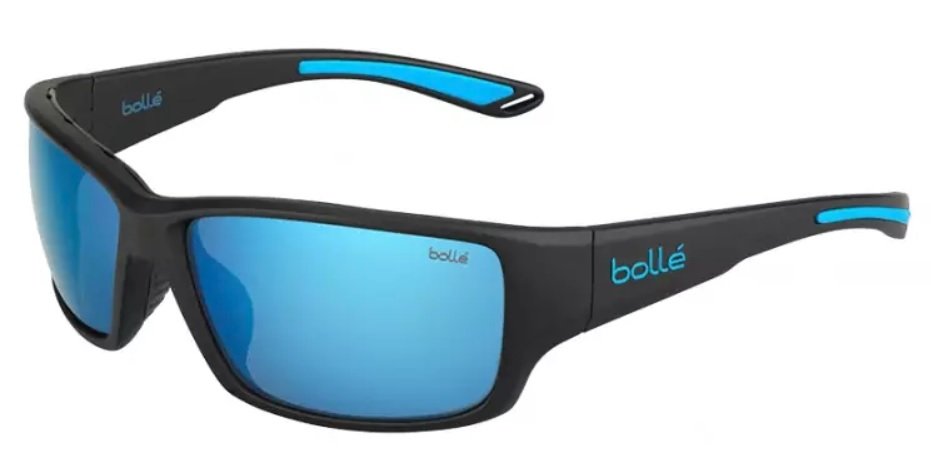 Papa needs his eyes and with the wrong glasses (much less no glasses) those eyes can get destroyed pretty quickly on adventures. Bolle’s Kaymans deliver the protection of more expensive glasses (impact-resistant B-20.3 polycarbonate lenses) and prescription compatibility with leisure styling and Thermogrip to make sure they won’t fall off when he goes over the handlebars. Especially perfect for those summer high-altitude lines he’s gonna bomb on his solid.

With a little bit of love and care, there are few things that last longer than something made from high-quality full-grain leather. Our cycling friends over at Selle Anatomica craft leather saddles and accessories using premium American leather. Unlike other leather saddle brands that wet their leather before molding, Selle Anatomica hot molds their leather dry. No water. This produces a much more pliable leather that forms to your shape in weeks rather than years.

Your dad will want something comfortable and that he can trust. These saddles break in quickly and are 100% waterproof directly from the factory. With adjustable hex tensioners, these saddles provide some owner input and will give your dad something to fiddle with and be proud of. Selle Anatomica “make them like they used to” but just better.

For the casual cyclist dad that likes to climb hills just as much as he likes to cruise the quiet streets, you can’t go wrong with an NSX series. These saddles are stiff yet forgiving and work great for the cyclist that rides around 100 miles per week. 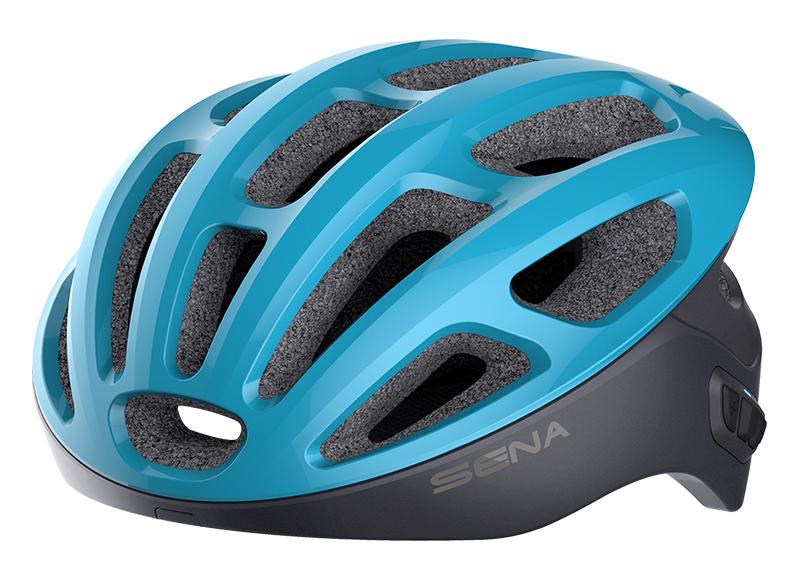 Pops works 40 hours a week. Another 10 on his side hustles. And still makes time to take you skiing. Give him the Sena R1 to help the old man have fun on a few hours he gets to bike for himself. Biking’s a strong low-impact endurance challenge, and if he gets seriously into road biking, he’ll never have money for a mistress. The R1 not only protects his dome but also thanks to its Bluetooth 4.1 connection, he can take urgent calls from the office and rock out Snoop – or Phish – or the Stones – or the audiobook of Chris Froome’s autobiography “The Climb.” The built-in Bluetooth intercom also connects him to up to 3 other riders over a half-mile distance so he can communicate with his wingmen as they fly down the road in “Top Gun” formation.

Dad has style. Whatever you may think about those beat-up old slippers, or his ugly shirt/tie combos, a big part of him still digs clothes that are functional and look cool — and Toad & Co’s Highroad Shirtjac fits that to a tee. It’s 100% organic, with Toad&Co’s perfect blend of cotton, polyester, and elastane so it can stretch when he reaches for that next hold. Or when he tells his favorite “remember when” story, with arms flailing and the bonfire raging. One of those great new categories, the Shirtjac, along the lines of the shacket, is great for recreating or chilling and wearable year-round. It also wicks moisture and has a built-in UPF of 40+ to protect his back. And when he wears it, he’s gonna look every bit the outdoors wildman who first attracted that beautiful free spirit ingenue you know now as Mom.