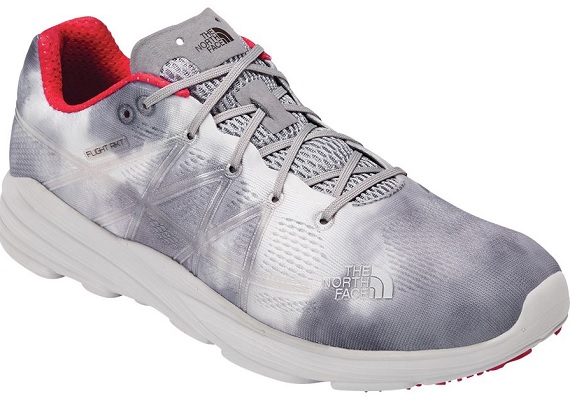 Each and every run with the RKT Shoes feels more like floating than running. Can you run faster with these shoes?  You bet same can be said for running longer distances.  I have been pushing into unfamiliar running distances, with these shoes being solely to blame. It’s a great problem to have when you’re feet and legs just want to keep running, not the other way around.

Starting from the bottom up The North Face RKT Shoe comes with 11 Podular rubber pads built into the sole.  The pads offer great grip where it’s needed most regardless if your a heel striker or mid foot striker. And when combined with the FastFoam Dual-density midsole you have a shoe that’s able to dampen a ton of energy.

The only downside to being so light comes in the way of durability. If you’re planning on routinely running 20 mile plus days you may find the durability in these shoes to be an issue with the soft EVA sole. I’ve started to notice little rocks trying to poke through to the inside of the sole after about 50 miles of total use. 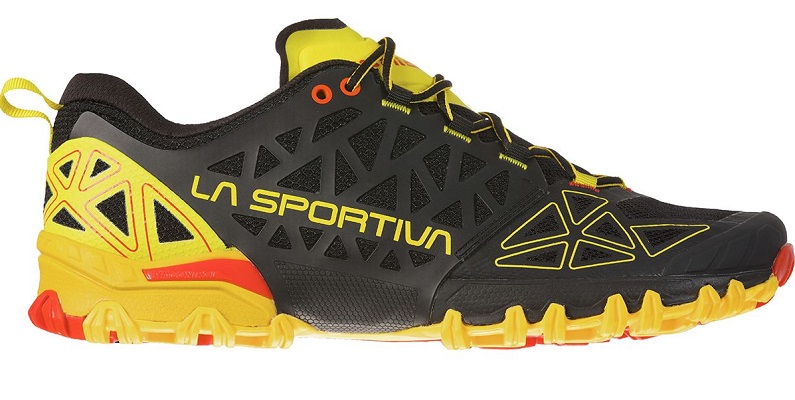 Though not a minimalist or lightweight shoe — about 10 ounces and with over 1cm of lift all around- these are light enough for longer races but sturdy enough for a whole day in the alpine. The fit is cozy, size up a half unless you really enjoy a gloved fit. The fit is good for medium width feet, with pretty dense lacing that holds the foot in place well for technical terrain. A nice mix of breathable front mesh and side reinforcements allows for drainage and protection. The included insoles are fine for most purposes, and the sole is stiff enough to not need inserts.

The rubber is where the La Sportiva Bushido really stands out for me- a high rubber bumper on the heel, wrap-around rubber toe cover, rubber on the arch, and nice lugs as part of the Impact Brake System. I feel very confident running rocky and wet terrain, knowing that I can stop abruptly and even afford a few scrambling moves on talus. In snow and mud, the lugged sole succeeds as well, with spacing just wide enough to not trap too much and just narrow enough to not feel like you are missing traction. While no spikeless shoe performs excellent on ice, I had good experience running on ice-covered roads and paths in Norway with the Bushidos in the spring. On rough dirt and rocky trails, they don’t perform poorly either, a true all-rounder. 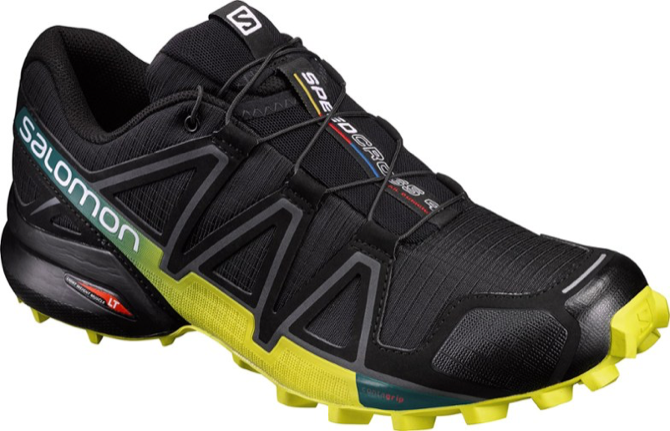 The Salomon SpeedCross has been one of the best trail running shoes for years, and the latest update keeps it firmly at the top of the podium. Lighter and more speed-focused than the XT Wings (which has also been featured on this list), the SpeedCross works well as a trail race shoe or a high-speed trainer.

The first thing you’ll notice when you try on the Salomon SpeedCross 4 is the Quicklace system, which replaces traditional laces with a single-pull elastic band. Lower on the shoe you’ll find toe guards and some of the biggest, most trail-gripping lugs on any shoe on the market.

While it lacks a rock plate, the toe guards and lugs will protect you from a good portion of what you’re likely to encounter on the trail. And Salomon’s Contragrip WT (Wet Traction) rubber will help give you the best grip on any surface. 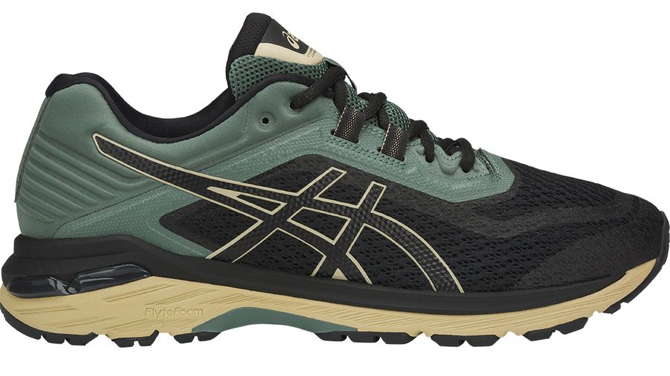 The ASICS GT-2000 6 provides solid cushioning and pronation support for runners that need a more structured shoe—and the 10mm drop keeps Achilles and calf strain to a minimum. Heel and toe gel cushioning add to the plushness of the shoe.

The tread isn’t as aggressive as you’ll see on some other trail shoes, but it still provides enough traction to keep you upright on semi-technical trails.

This shoe doesn’t stand out with the flash of some of the other shoes on the list, but it’s a solid workhorse for overpronators who want to take their runs off of the pavement. 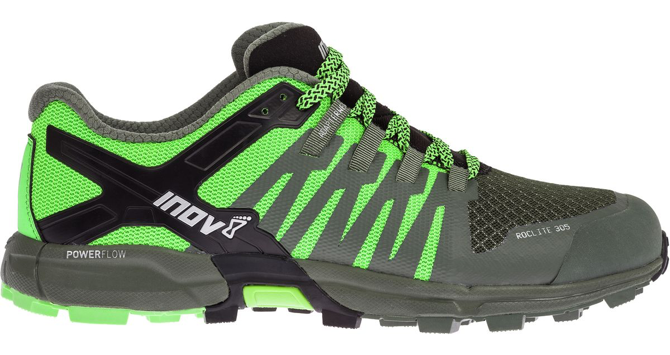 The Ivoc 8 Roclite is built specifically for rugged terrain. The claw-shaped lugs, hefty protective upper, and mid-foot shank all help you get the most traction with solid protection from rocks on the trail.

8 mm of drop makes this good for longer-distance runs without making the midsole too hefty, and Inov 8’s Tri-C sticky rubber compound will help you get as much traction as possible, even in sketchy conditions.

All of these features make the Roclite a good shoe for anyone looking for a well-balanced neutral shoe that can go anywhere in any conditions. 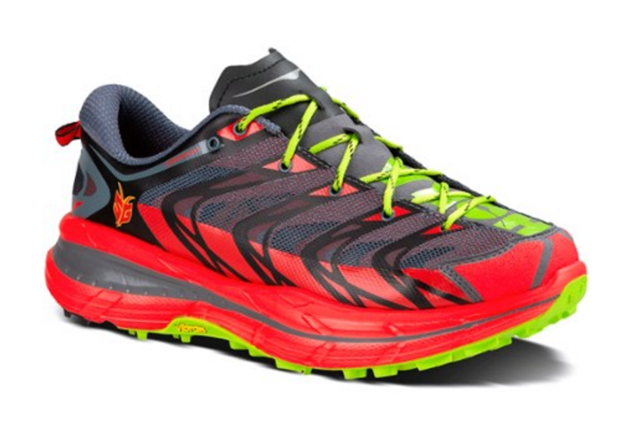 In contrast to the recent spate of minimalist shoes, Hoka One One has stuck to its roots with big, cushy soles that provide a lot of support and impact damping. The Hoka One One Speedgoat is no exception; it contains their “meta-rocker” sole just like the Hoka One One road shoes, so if you’ve used those, you’ll be getting a familiar feel with the off-road option.

With only 5mm of heel-toe drop, this is a remarkably flat shoe for a non-minimalist trail runner and even manages to come in at a pretty lightweight. The Speedgoat doesn’t have a rock plate, but with its generous mid- and outsoles, it probably doesn’t need one, either. And the Vibram rubber included in the outsole and lugs will keep you stuck to the trail when the terrain gets rough.