Birds are one of the most fascinating creatures in our natural world, the fact that they can seemingly defy gravity and fly with a simple flap of their wings has fascinated humans since the dawn of our species and their myriad variety and fascinating behavior naturally attracts us to watching and studying them.

A Guide to Bird Watching for Beginners

Many people start by simply watching the birds in their garden, a few bird feeders with some wild bird seed consisting of wheat, sunflower seeds, peanuts, millet and other seeds will draw plenty of birds in as well as suet or fat balls will attract all sorts of small garden birds to your yard as well as larger birds on occasion including woodpeckers and the ubiquitous corvid family which will try and cash in on any food source they can find. Feeding garden birds will also occasionally draw in predatory birds which may try to catch the smaller garden birds and you won’t be the first to see a hawk crash into a kitchen window as it tries to catch a smaller bird. 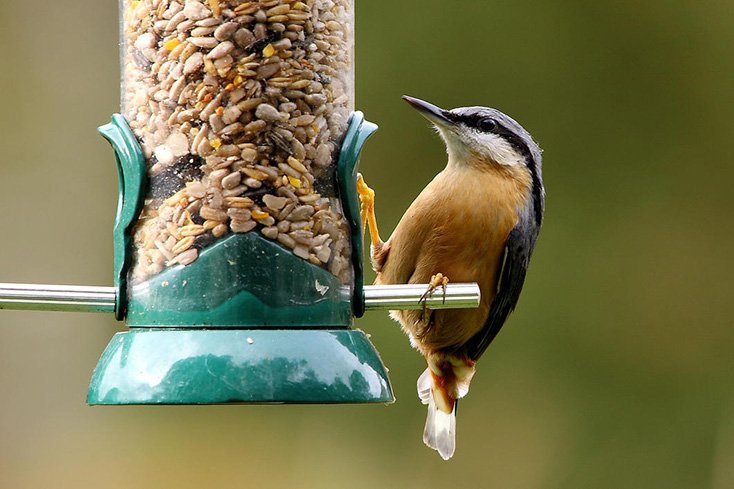 From the comfort of your kitchen or balcony, you can watch the bird and take your time learning the various species, their pattern of flight, shape, calls and distinguishing features. By learning what they look like, you will also learn how to distinguish them from similar species so when you venture further than your garden you already have a head start on identifying other species.  In your garden you may not be far enough away from the birds to need binoculars or specialist spotting scopes, this equipment will come later but they are very important to the amateur bird watcher and professional ornithologist alike.

A good set of binoculars should be lightweight and offer a balance between a good field of view and adequate magnification. I favor something between 8x 35 and 10×50 anything in that region should be good for general bird watching. I have used Barska Binoculars for many years and find them entirely satisfactory although if you want to really push the boat out a set of Swarovski Binoculars will be expensive the clarity of these optics is magnificent. 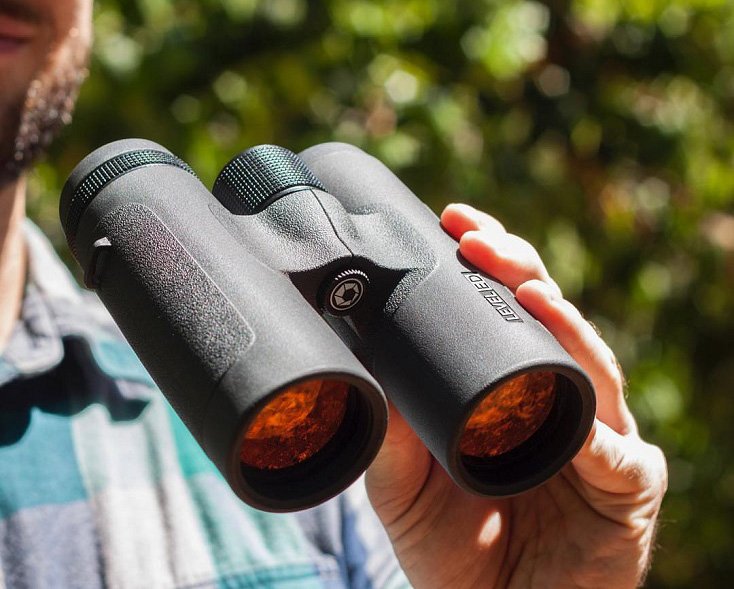 A good set of binoculars is the only piece of specific kit you really need as you start bird watching other than perhaps decent outdoor clothing as you venture further afield to watch birds, perhaps too specific environments to seek out certain species, to the coast perhaps to watch puffins or gannets where you will benefit from decent windproof and waterproof clothing. You may eventually want to invest in a spotting scope for viewing birds in detail or at extreme range. Leupold Spotting Scopes are a great choice without breaking the bank but don’t forget that spotting scopes generally don’t give the field of view that binoculars do and the powerful magnification makes it impossible to hold them steady enough by hand so you will need some sort of tripod as well. Something like the Vortex Summit Series ($129) should do the trick and will give you all the adjustments you need to smoothly spot and track the specimens you want to identify and observe. 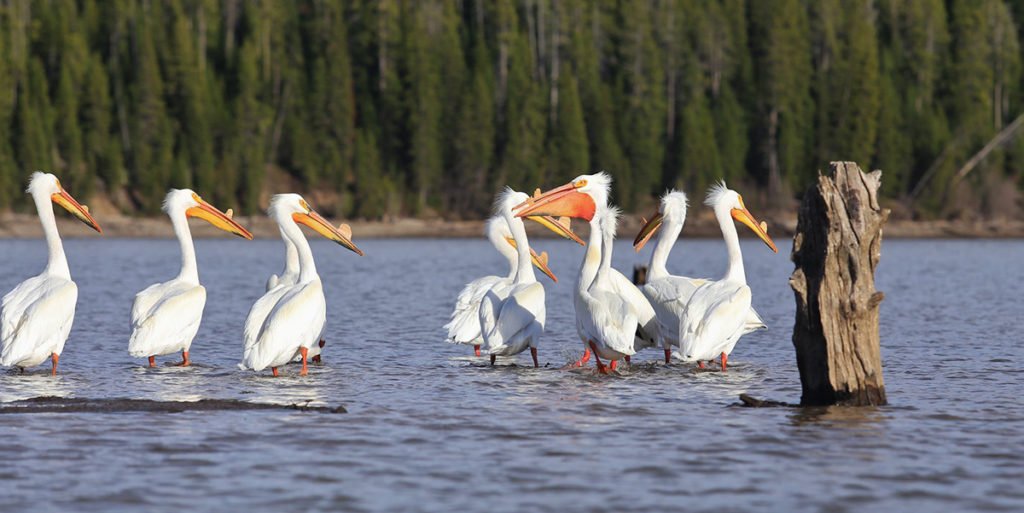 More important though than the kit you employ in your bird watching are the techniques you learn to identify birds, obviously a good field guide is going to be essential, make sure you pick the right one for your regions such as Kaufmans for North America, the RSPB guide for the British Isles or any other appropriate guide for your location. When picking a field guide obviously real photographs are useful but don’t underestimate the value of drawings and paintings too, they often show features that photos will not as a painting shows all the possible features that a bird might exhibit while a photo might show a particularly drab blue jay or an unusually brightly colored woodpecker and skew the picture in your mind of what the bird ‘should’ look like making you second guess what you are seeing.

Once you have your guide take it with you everywhere you go if you can, thumb through it on the train or in your lunch break, try to identify all the birds you see throughout the day and soon you’ll be able to do it without referring to your guidebook. One of the first skills you will learn is to the principle of GISS pronounced JIZZ. This means General Impression of Size and Shape and is used to generally describe birds or other things that you might be watching. The acronym was used extensively in the British Isles during the Second World War in relation to identifying overflying Nazi aircraft and distinguishing them from allied planes. 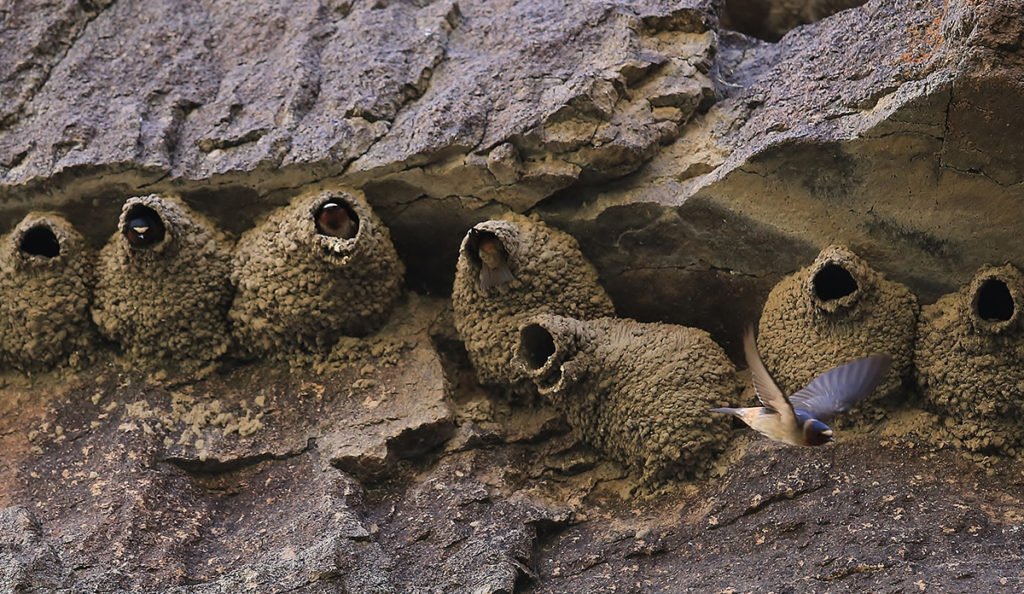 Forming a general impression of the size and shape of a bird helps narrow down its species and helps you draw a conclusion regarding a birds identity quickly. A general impression of size might group very small birds such as hummingbirds and some of the smaller warblers and songbirds together. A larger bird could be anything from a heron to a condor or eagle but as soon as you add detail about its shape you can narrow it down quickly. For example, as soon as you know that that larger bird is a wader, that it has long legs and a long beak, you can narrow it down much more. Other features which fall into the GISS principle include plumage, flight patterns and specific features such as forked tails, crests, wing bar, spurs, beak shape and other features. With practice, nine times out of ten you will be able to identify a bird using the GISS principle, only when it comes to species which are very similar will you need to rely on very subtle features and the help of your field guide.

Get out there and start spotting practice is the one way to get good at bird watching.

Given the variety, grace and beauty of birds it’s no wonder that people choose to watch them as a hobby or to study them, this study is known to academics as ‘ornithology’ or more simply to lay folk as ‘bird watching’. The very keen bird watcher who might try to ‘bag’ particularly rare species or infrequent migrant birds might also be known as a ‘twitcher’.

If this hobby appeals to you as part of a general interest in the outdoors and nature or as a specific interest in birds don’t worry it is a very simple hobby to get involved with.