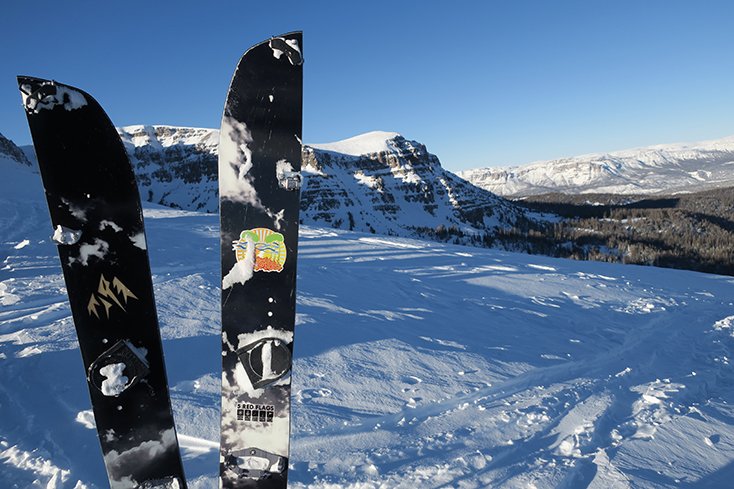 The Jones Explorer Splitboard is fun to ride in powder thanks to a rockered tip and tail. With a setback stance, it’s nearly impossible to sink the nose into the powder. This board wants to float and eat’s fresh powder for breakfast, lunch, and dinner.

Let me start out by saying that this splitboard is currently available at for $699.95. It’s a hell of a deal, especially considering many traditional snowboards (non splitboards) sell in this price range. 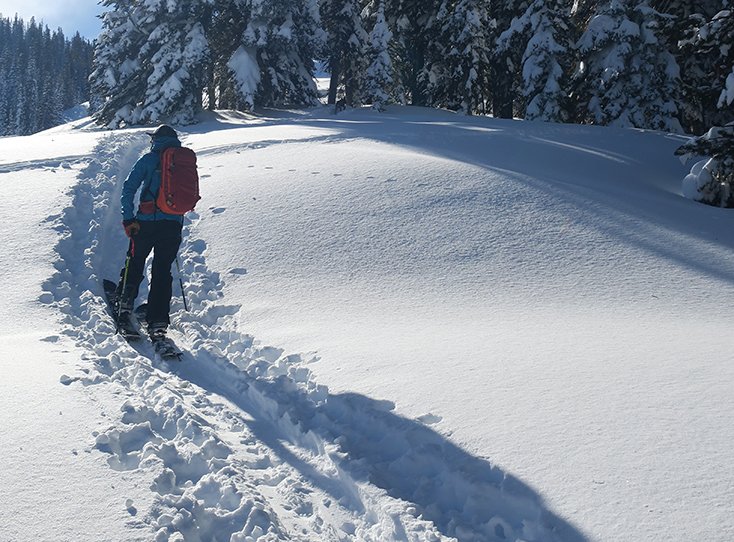 Which brings us to who’s this splitboard made for? Backcountry beginners, first-time splitboarders and anyone not wanting to break the bank while getting introduced to splitboarding.

Thanks to camber profile underfoot and a super long effective edge the Jones Explorer splitboard offers great edge hold along with the tried and true performance and reliability of camber while in ride mode. 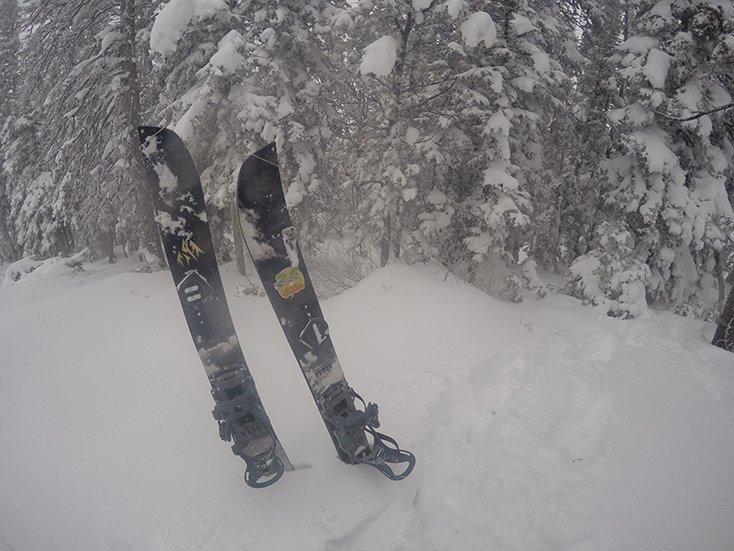 Personally, I would like to see Magne Traction removed from the inside edge’s of every splitboard on the market, especially this one. Why do you ask? Try cutting skins for a splitboard that’s edge is not straight. It’s a freaking nightmare and is causing many skins to fail. Plus when touring you sort of end up actually fighting the Magne Traction especially on step sidehills as your effective edge is no longer the entire length of the board but instead on the Magne Traction contact points. Now keep in mind this is mellow Magne Traction but with that comes another issue. 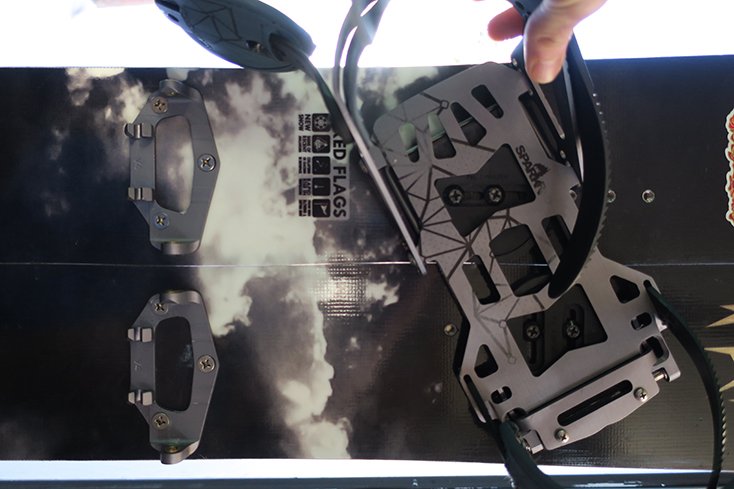 The gap between the splitboard when in ride more. See the photo below. Needless to say, this does not instill confidence when you can see daylight shining through each half of the splitboard. For someone riding mellow terrain, this won’t be an issue. If you plan to skin a big line in Haines, AK check out some of the other options in the Jones Snowboards line that will be better suited for hard-charging riding. 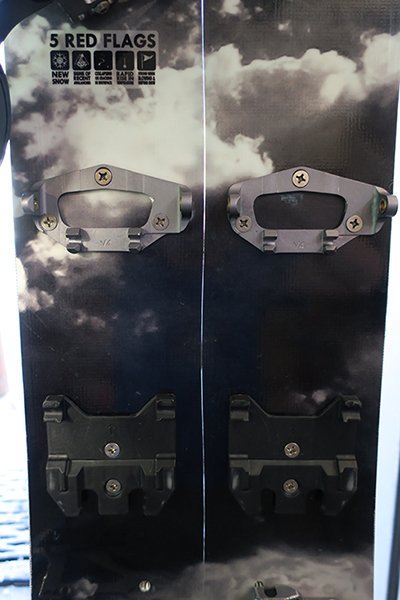 When going from edge to edge in tight trees this board felt a little clunky and slow to respond. But see above as this was most likely due to how the board went back together when in ride mode. Maybe I got a “second” (manufacture defect) however everything else about this snowboard seems fine.

Not really a feature however the top sheet on this board will look just as rad underfoot as it would hang on your wall. And most likely a lot of people will end up using the board to ride and as artwork thanks to the Grand Teton image that comes with the 2016 Jones Explorer Splitboard.

If you run Jones Snowboards skins you will surely enjoy the Quick Tension Tail Clip system. What this does is make it easier to attach skins to the tail of the splitboard thanks to a slot cut out of the tail of each piece of the board.

A slightly rockered tail maintains the power and stability of a traditional board but helps keep the tail catch-free initiating turns and landing switch.

One thing to keep in mind is this is a directional board with a sort of unique tail clip system. If you plan to hit jumps, or land switch checkout a true twin tip instead. I question the verbiage above that was mentioned on the Jones website?

If you’re buying a gift for someone, highly consider the Jones Explorer Splitboard ($699.95). Also if you are living in a mountain town and finding it hard to make ends meet (aka every single one of us..) you should consider this board, and honestly you could buy 2 of them and still come out with more money in your pocket than you did by buying some of the other $900+ splitboards. Keep in mind you will be riding in the backcountry, there are trees, stumps, and rocks.

Although this board was not designed with my style of riding in mind, I surely had a blast making face shots in the Tetons on the Jones Explorer. The board is currently sold out on the Jones Snowboards site but is available via our retail partners at the bottom of this article.

Be the first to comment on "Jones Explorer Splitboard Review"