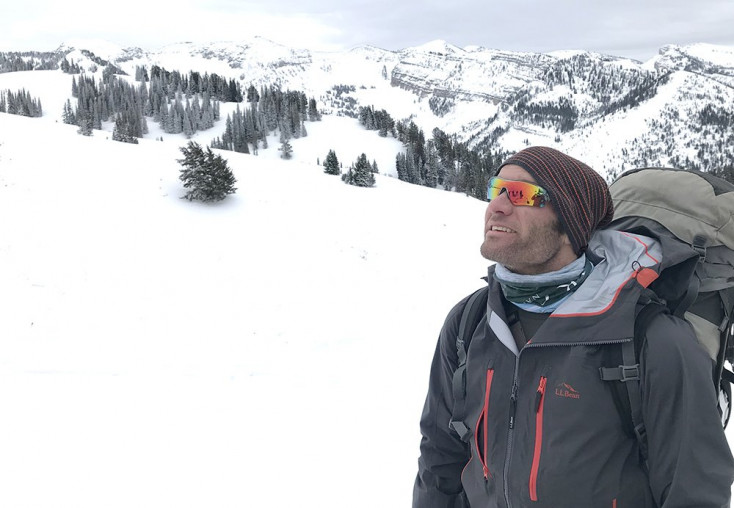 L.L. Bean invented the duck boot, arguably one of the most iconic pieces of outerwear ever. Yet their reputation is for affordable casual recreation wear, for flannels and comfortable dress clothes and everything else for the average suburban workaday semi-active. But like Superman, this mild 9-7 existence hides a superhero, an unconquerable power hiding in plain sight. Because once again, L.L. Bean has a GORE-TEX Pro Jacket that’s among our favorite of ANY BRAND for exploring the rugged mountains we call home.

Let’s get one thing straight — remember that last time you were complaining about the cold? It wasn’t necessarily because it was cold outside. It was because of the precip, or maybe the wind picked up. Because really, for 90% of the lower 48, a simple fleece or micropuffy should provide temp-fighting warmth. It’s the job of a tough shell to keep the elements that really slice from you and that makes all the difference.

Enter L.L.Bean North Col GORE-TEX Pro Jacket. The 3-layer shell marries a Nylon Weave outer layer for toughness; a GORE-TEX membrane for wetness and wind armor; and a Nylon-knit backer for just enough softness to keep your armor dialed. What this means is that during the 2-degree pre-work pass lap, I never got cold; same with that 3-hour skin through a low fog that obscured the vision and left drops on my glasses. It was also perfect for a weekend when we skinned in above-freezing temps down to single digits, and when the wind went from nonexistent to full-on. No matter what the sky threw at me, L.L. Bean’s super-scienced shell laughed at it and asked for more.

The key when earning your turns is never overheating. If you sweat on the up, when you stand on that peak and the wind blows, the sweat will freeze you. That’s the problem most people have with GORE-TEX, they overheat. But L.L.’s C-knit backer is apparently 15% more breathable than their previous backer, and likely almost any other backer you’ve tried. It’s also super light — in fact the whole jacket is mind-blowingly light — which means less weight, less work, less sweat, you get the drill.

It’s also got those so-perfect pit zips. If that was it, that’s be enough. But they’ve thrown in a lot of improvements other than making it lighter and more water-repellent than their previous top-of-the-line GORE-TEX jacket.

First, the hood. The last hood was great because it covered your helmet while snowboarding, sure, but when you were ascending with just your beanie it fell over your eyes. They shrunk it enough this time so you can see out when you have to pull the hood up to fight the elements.

What else you got? Chest pockets that hold your stuff (phone, food, whatever) without getting them wet.

A raised front collar for extra coverage on neck and chin.

Nice internal cuffs that kept snow from getting up my forearms during the rare (not-that-rare) crash. Basically, everything that I need for any and every condition, exertion, and ancillary tool, and not an ounce that I don’t.

It’s gotta be one of the lightest GORE-TEX jackets I’ve ever worn but somehow it punches above its weight.

It fits well but not too tight, bends and flexes, especially for a GORE-TEX jacket and puts all you need within half an arm’s reach. And the best part? You’re not showing it off as another follower, not another “Brad” in his label-lover gear he bought for the image, not the performance.

L.L. Bean named this jacket after the original mountain gangstas, the patroller. The people who get up the peak before you, explode a hillside, and then get first tracks, just to make sure it’s safe for you. These are men and women who can’t take off if it’s raining or sleeting or hailing; if the visor the temps are less than zero.

Somehow, those silly duck-boot casual-wear makers have done it again — without the need to even make such a high-level jacket. It’s almost as if they’re doing it just because they want to make the best jacket there is and don’t give a damn if they end up on the backs of Hollywood stars who want to associate themselves with real ski and snowboard mountaineers. There’s a beautiful purity in their perfection, without ego or self-consciousness.

So if you simply want the best but don’t need the label on your jacket to make you feel like a rock star, this is it. Results, not reputation. The L.L. Bean North Col Jacket ($399) is going to be tough to beat.

Though with over 100 years of protecting outdoorsmen and women in the rowdiest of elements, their track record also kinda blows the competition away. Just, you know, as an aside.