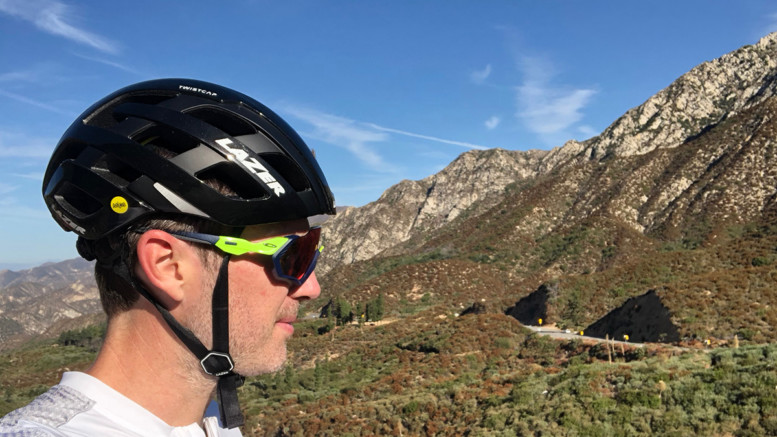 The Lazer Century Helmet is aimed at road riders who want both a helmet that’s both aero and more traditional. This is evident in its overall profile, which has the shorter, more stubby look to it that aero helmets are popularizing right now.

In the final stage of the 1989 Tour de France, Greg LeMond shocked the cycling world with a come-from-behind stage win over rival and former teammate Laurent Fignon that ended up giving LeMond an eight-second margin of victory for the entire TdF, the closet in the race’s long and storied history.

And it was aero that helped him with the upset. Aero helmet, aero handlebars, and disc wheels. With a practiced riding position to help the wind glide over him, LeMond used the wind to his advantage to cut valuable seconds off the time of his time-trial-savvy rival.

I bring this up because I felt very much like LeMond when I was testing the Lazer Century Helmet, blasting past an unsuspecting fellow rider on my morning laps around Pasadena’s Rose Bowl stadium. That the fellow rider was on a three-speed beach cruiser with a kickstand, with the leg of his jeans held tight to his leg by a purple bungee, was inconsequential. I was fast, and the helmet helped me feel fast. 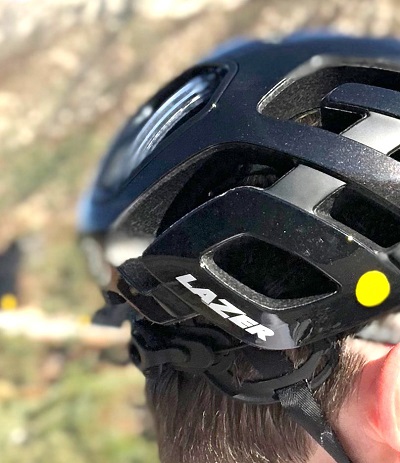 There’s also the Century’s ‘Twist Cap’ feature. It’s essentially a plastic piece that users affix to the top of the center of the helmet. Position it one direction and it blocks most of the air from entering the vents, giving riders an aero advantage. Flip it the other way, and it functions as a standard helmet, allowing 11 percent better ventilation, according to Lazer. Or just take it off completely, as I did for most of my testing.

The Century also boasts an on-board rechargeable LED taillight. The best part about this feature — aside from how it wisely lets cars know you’re there and serves as a great compliment to the other lights on your bike — is how cleanly Lazer integrated it into the Century’s overall design. Other helmets with built-in lights make you look like a giant dork; this one is impossible to spot when it’s not turned on.

Speaking of which, the only downside to this light was how hard it was to actually use. The button for it is hard to access as is the port to charge the battery…be prepared for a bit of wrestling for both tasks.

As a general helmet, the Century felt great. It fits on your head with a substantive hold and it’s easy to dial in a comfortable and secure fit. Ventilation is generally very good though riders in ultra-hot climes may want something a little lighter and better ventilated. (For context, my personal road/gravel helmet for super-hot Southern California rides is a Giro Synthe).

I tested the MIPS version and I’m happy to say I have no idea how well it will protect your head in a crash. At the moment, Virginia Tech’s lab hasn’t tested the Century but another Lazer helmet currently holds the lab’s highest overall rating so here’s hoping Lazer can duplicate that success.

The Google tells me you can get a Century with MIPS for well under $200, making it a relative bargain at a time when other brands’ road offerings will blow past the $300 mark with ease. For riders looking for some versatility and functionality in their road helmet that also has a nod in the aero direction, the Century makes a compelling case.

Be the first to comment on "Lazer Century MIPS Helmet Review"