Let me start out by saying the LEKI Tour Stick Vario Carbon Poles are currently the best splitboard poles on the market. Want to know why keep reading :

At £159.95 a pair ($225.00 US Dollar) the LEKI Tour Stick Vario Carbon Poles are not the most affordable splitboard poles on the market by any means. However considering poles are one of the most crucial pieces of your touring gear, you may want to re-think how much your willing to throw down on a reliable set of splitboard poles.

Here’s some backstory on the brand. Around 1948 skier Karl Lenhart started a wooden manufacturing business. His job was to make wood signs for butchers and bakers alike to be placed in front of their stores. Having access to these machines he started tinkering with a ski pole and basket designs in his shop. By the 1960′, Lenhart’s poles were starting to take off among skiers in the know.

Fast forward to 1970 and the first LEKI poles were introduced to the ski industry.

And yes I said “ski” industry as US Ski Team racers like Vonn, Steigler, and Shiffrin all rock LEKI, as does Glen Plake, Caroline Gleich and a ton of other ripping freeskiers and racers around the world.

Are you comfortable enough to rock a ski brand in the field? I for one am, as these poles are unlike anything I have ever used in terms of function, reliability, and speed of transitions.

The LEKI Tour is essentially a 3 piece pole that is connected internally via a wire which will look very familiar to that of an avalanche probe. What’s great about this system is the pieces will always stay connected together via the wire, even when collapsed down into 3 small pieces. 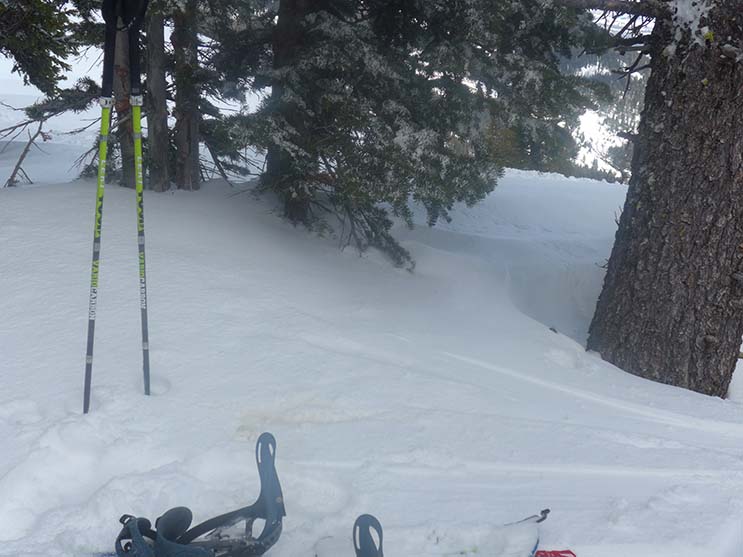 The LEKI Tour Stick Vario Carbon pole is extremely easy to adjust. In fact, there is only 1 cam lock near the top that can be opened with your thumb to size the pole from 115-135cm adjustment range. Once you have the height dialed and you put your gloves through the basket loops the real fun begins.

When your touring do you tend to grip your poles at the very top? Or do you prefer to hold onto the poles a few inches down? Personally, I like the ability to hold the poles down a bit on the grip and have gone as far as adding duct tape to old poles in the past so that I could have a little bit more grip around my palm. Well LEKI solved this problem with flying colors thanks to the Aergon Tour Thermo Mid grip. Put these poles in your hands and it will become 100% apparent that the LEKI team actually skis, like a lot. This is intonation coming from actual users, aka people in the mountain. This is no gimmick or marketing trick, just something every single set of touring poles should offer. Once you put your hands in a pair of these poles it will be impossible to go back to anything else.

My only gripe with these poles while touring was the small basket size, however, there are a million different sizes that could easily screw onto the poles, so if you ride in deep snow you may want to consider a different pair of baskets. Otherwise, these were epic while touring up hill. 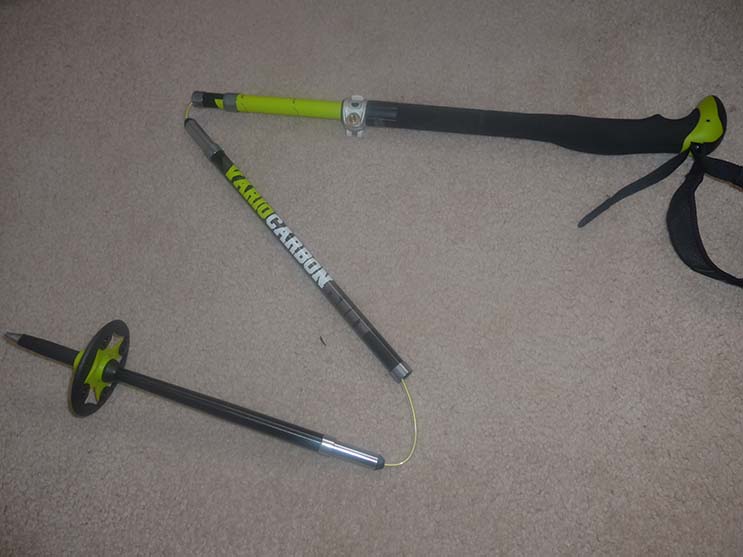 This is where the real fun begins, to collapse the poles you simply push the button 3/4 the way up the shaft and boom the poles start coming apart the way an avalanche probe would. Now you’re left with a nice compact set of poles that can be tossed inside your backpack, or secured to the sides of your pack for the down.

When it’s time to tour back up, these poles go together in lightning speed. I would say this has to be the fastest setup on the market and as splitboarders we can always be faster in transitions. From the collapsed mode simply grab the handle of the poles, toss the tip end out in front of you while sliding the shaft of the pole down toward the basket. This movement takes at most 2 seconds..

So there you have it, a solid investment in a pair of splitboard poles from a company that understands how to make a ski pole. One of the worst things that can happen in the backcountry is to have one of your splitboard poles fail. With LEKI I fully stand behind the Tour Stick Vario Carbon Poles ($199.95) and have yet to have anything close to a failure here in the Tetons.