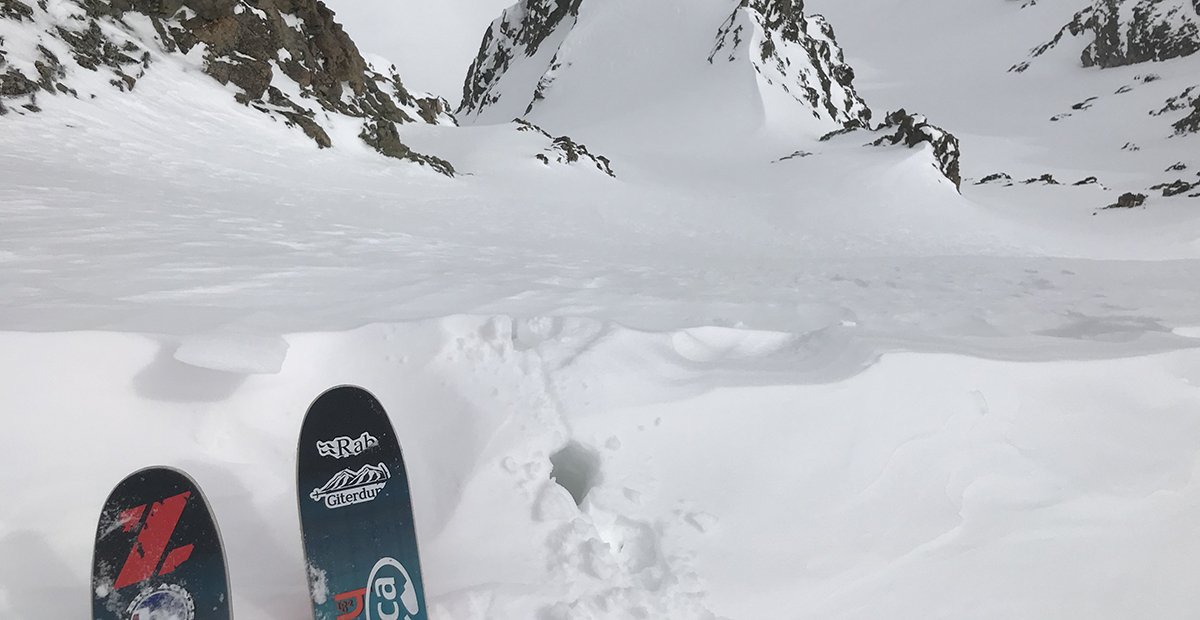 For this test, the Liberty Origin 106 were mounted on the factory line but ended up moving it forward about 1cm. The original mount was great for powder exclusively but given the low snow year, I found that being a little forward helped when I needed to throw them sideways on the hard stuff. I also detuned the tips and tails to the top and bottom, respectively, of the effective edge. The twin-tipped skis have a pronounced early rise and a lower standard rise tail. This is great, sometimes twin tips can trip you up, not the Liberty Origin 106. The early rise makes for effortless turn initiation in the powder. 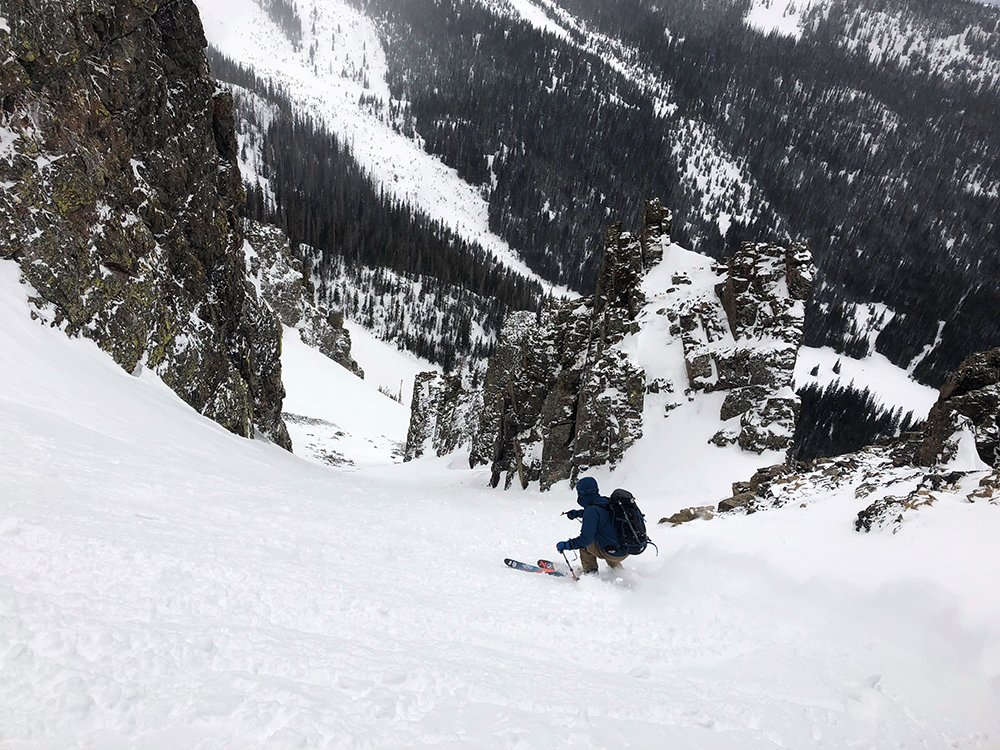 The flex pattern on the Liberty Origin 1o6 makes perfect sense; softer at the tip, stiffest underfoot and stiff at the tail. The tip softness isn’t too much; you’re not going to get too much tip hooking or deflection. The tail has enough stiffness to hold up under fire when the skis go sideways on the steeps. Underfoot you have great, responsive edge control and hold. With so much early rise you do have a shorter effective edge so that stiffness gets put to the test; it succeeds when the going gets icy. I don’t usually ski the area but last season I took the Liberty Origin 106 skis into the bumps on Pali at A-Basin and I was surprised at how well they handled. On the scraped-off steep lines, they also did great. Turn initiation was fantastic and they have a snappiness to them, it felt like they were reading my mind. On really hard snow you will get a little tip chatter but the grip isn’t deflected by this. If you expect to use this ski a lot in shallow/firm conditions you can put a sharper edge under the bindings, this will give you a little extra gripping power.

Durability is always an issue with skis. How will they stand up to low tide conditions? They’re called the Rocky Mountains, not the Snowy Mountains. Early this season when we didn’t have a base we went up to one of the passes for some turns. We hit so many rocks, zero core shots received. My partner that day was sure there would have been from the hits I was taking. The bases are solid. Likewise, the edges are still true after all the carnage. 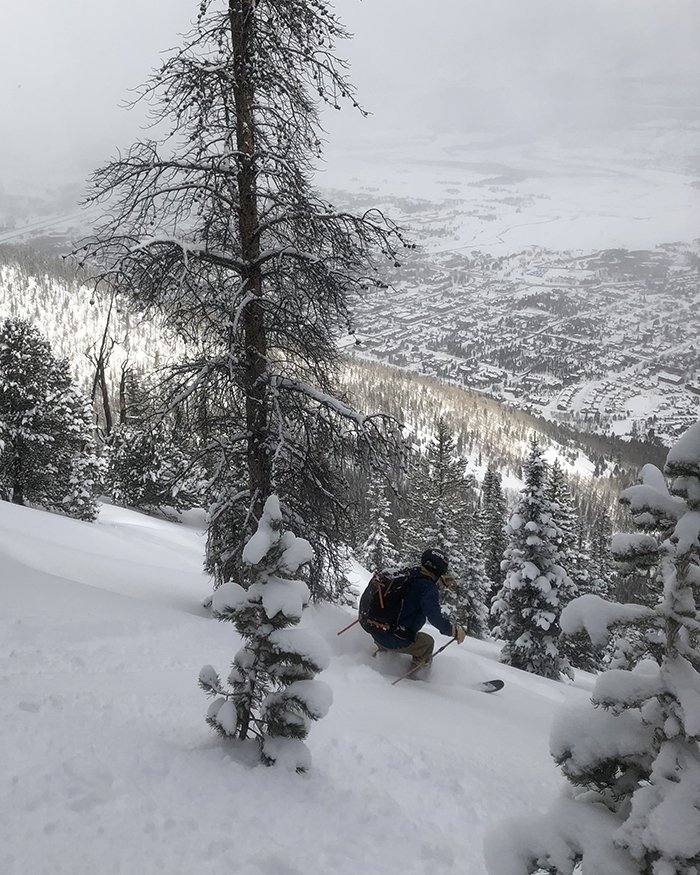 You aren’t going to win any ski-mo races with this set of sticks. They have a heft (1975g @182cm) to them and that’s due to their solid bamboo, poplar, and carbon fiber construction and real sealed sidewalls. You will blast through crud because of this. If you are all about the down then you’re willing to make sacrifices on the up. Most of the ultra-light skis are kind of scary for me on the downhill. These skis make all the effort of the up worth it.

Every tour, I look forward to the turns to come as I strap on the skins. I feel at one with Liberty Origin 106 Ski ($649.95) and know what it’s going to do almost before I ask. I highly recommend them to anyone searching for that quiver of one.

Be the first to comment on "Liberty Origin 106 Ski Review"