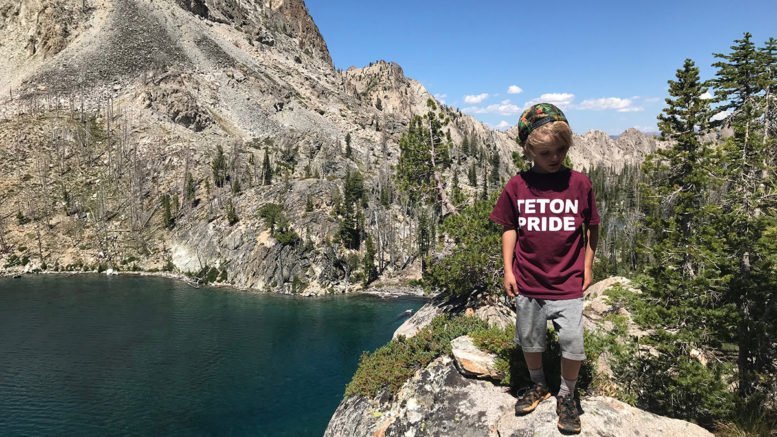 Of all the new gear I pulled out to play with on our backpacking trip into the Sawtooths, my son freaked out the most over his new pair of Merrell Hydro Choprock Sandals. He tried them on immediately, started running laps around the living room, ran out for a couple of rounds of jumping on the trampoline, then into the garage to begin bouldering on the climbing wall and refused to take them off for the next week of summer camp (even on water day). He likes the feel but also the look, especially compared with a rival brand on the kids’ outdoor circuit that makes a similar shoe but with weird colorways and stylings that make them look like they were designed as bigger toddler booties. Not bad for what Merrell calls a sandal. 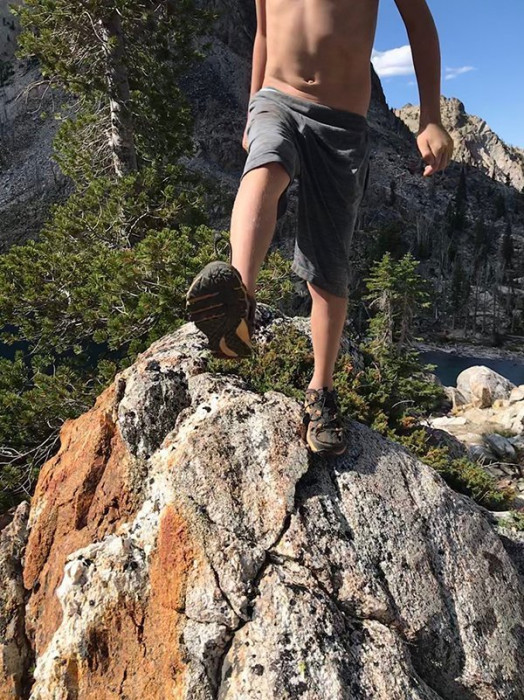 The Merrell Hydro Choprocks exist in a footwear limbo, floating somewhere between sandal and shoe, a category inexplicably dominated by those ugly, nonfunctional, ugly, uncomfortable, poorly-equipped-for-outdoors, and did I say ugly, Crocs. The Merrell Choprock has open sides and light mesh, as well as a drawstring instead of Velcro or laces so that I guess makes it a sandal. But it has the treads, sturdier sides and a durable upper that in my opinion makes it more like a shoe. My son hiked like he was wearing standard outdoor shoes, including clambering up rocky slab trails and scrambling with a full pack without slipping. But when he tromped through creeks (just try and stop a 5 year old from fording any body of water, even after proving he or she could cross perfectly by hopping rocks) or wore them wading and fishing in a rocky alpine lake (where I might add, they prevented him from slipping on the stones while I took some Life-Alert spills trying in my flip-flops), not only did they not take on the extra water weight of a full shoe, they dried fast enough for some class 4 back to camp. And instead of laces or Velcro, both of which are unreliable at best and can be annoying at worst, this has a simple clinch elastic shoelace system meaning he can actually tighten his own shoes properly. What a world. 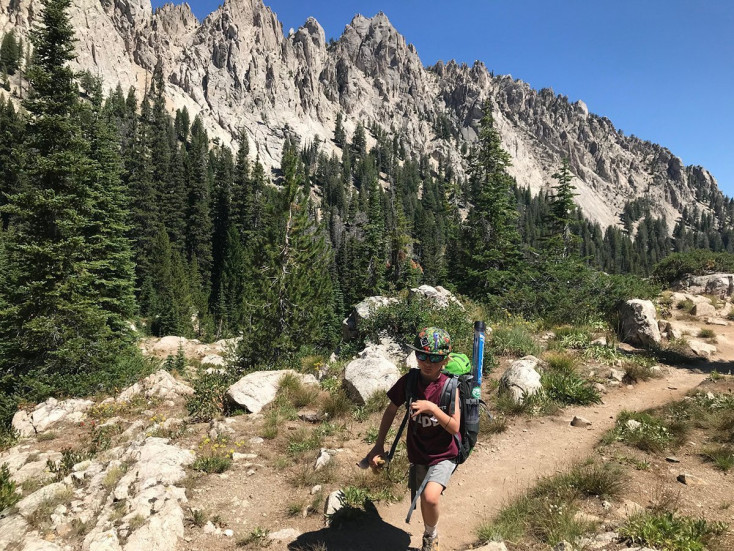 After a week wearing the Merrell Hydro Choprocks to summer camp, my son Jackson got to really try them out on our 10-mile-roundtrip backpacking adventure with 1700 foot of gain, while wearing his own full backpack for extra weight and balance challenges. Then we spent 2 days fishing and wading in a rocky high alpine lake, sent it on a couple of steep scrambles to and from our tent, and even threw in a few extra miles and somewhere around 900 feet of vert on a rocky/sandy/sun-baked day hike-cum-climb to point 9409. I’ve seen other kids’ shoes begin to fray and wilt under such pressure, turning into sad piles of textile just waiting to be added to the overflowing landfill, even ones advertised as outdoor shoes. But we got these home from our adventure a dark brown color and after hosing them off, they looked like new. He’s worn them about every other day since he got them, from summer camp biking and hiking to a couple of days hitting the hard hot pavement (and the zoo) in 100+ degree Boise. And he’ll probably be wearing them every active day until the snow comes in, and then they’ll be back all next summer too (hopefully, since we got them a comfortable size bigger)(though he can wear the Choprocks without socks so that gives even more room to grow). Once the snow starts falling, they’ll be safely tucked away.

The only issue I have with this category of shoes is that they’re really only 1-season shoes up here (though probably the rest of the country can rock them 3 seasons). You need fully-covered feet in winter snow, spring melt, and fall wintry mix. And when temps are lower, getting the Choprocks will give your kid cold feet faster than a Manhattan playboy on the eve of his wedding. And while the tread on these are great, they’re not thick enough to deal with deep mud without your kid getting sucked into the quagmire (though, again, he or she can just run the whole shoe through a creek or lake to clean them off once he or she extracts said shoe from the brown depths). 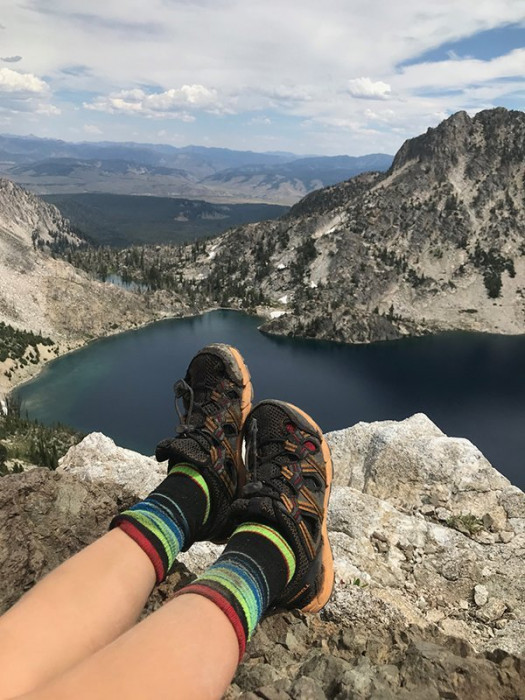 “MERRELL HYDRO CHOPROCKS: INDISPENSABLE FOR SUMMER ADVENTURE” How about that for a tagline? But really, footwear is arguably the most important single category of outdoor adventure gear. And all too often, gear made for kids is made cheaply and held to lesser standards, which can seriously end any family trips you plan whether it be climbing Sawtooth peaks or running around the sun-baked concrete of urban exploration. The Merrel Choprock Sandal ($50) combines the all-around performance and durability of a leading outdoor shoe with the versatility (both in the ability to be used on watery adventures as well as ease of cleaning) or a full-strap sandal. And as an added benefit, my son thinks they look much cooler than his other water outdoor shoes, which makes putting on the right shoes for adventure the most painless part of our pre-adventure morning.