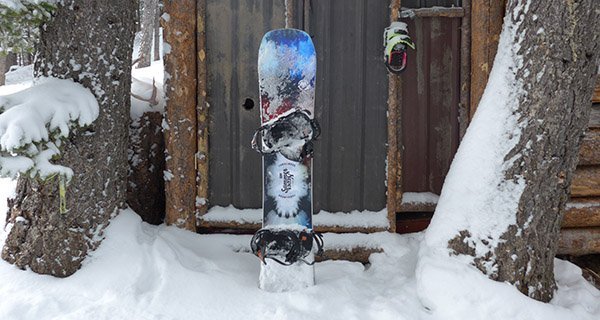 Introducing a late release, the Never Summer Funslinger Snowboard was designed for the pipe and park but truly excels in the deep stuff. A soft twin tip freestyle snowboard, the Funslinger was designed with park riders in mind.

The Never Summer Funslinger is aptly named. This is seriously the most fun snowboard I have ever ridden. If you’re the type of person who lives a “sideways” lifestyle (one who surfs, skates or wakeboards), I have no doubt that this will become a quiver killer.

The Funslinger has so much life to it! The response from heel to toe, and vice versa, is lightning-quick. I felt confidence lining up airs and loved the feeling of landing in deep snow with the Funslinger underfoot. 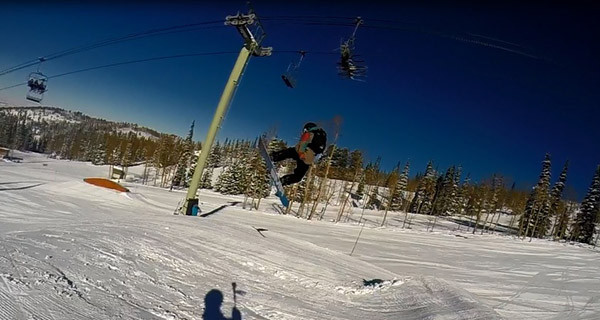 Since it’s a “park” board we sessioned a bit in between pow runs. Rider: Mike Hardaker

How Stable is this Snowboard?

We tested the board over the course of a few weeks by riding groomers, hardpack, and lots and lots of pow. The board is a bit on the light side, so if you’re zipping down a 4,000-foot face somewhere in AK, you may want to check out some of the Never Summer big mountain boards such as the Ripsaw or Cobra. However, if you are looking for a board that can easily handle your local ski resort or the backcountry, and truly make you a better snowboarder, look no further then the Never Summer Funslinger.

Thanks to a deeper asymmetrical heelside sidecut, the Funslinger really locks into heelside turns. No more fighting with your highback to get to your heels. What this equates to is amazing edge hold! 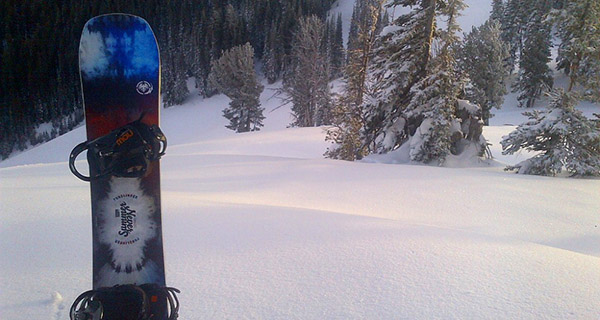 It’s pretty darn cool to see a snowboard that is being marketed as a “park” board that can also hold its own in deep snow. The Never Summer Funslinger just wants to float. There is something to be said for riding a twin tip board in the pow: it really allows you to bring freestyle tricks into the backcountry. The board planes through powder with ease. It can cut through windblown snow and really loves shedding blower pow from the nose.

Some boards are built to last a season, and others are bulletproof. The Never Summer Funslinger is definitely the latter. These boards are hand made in Denver by snowboarders who care about putting out quality products. For years Never Summer has been making boards that can handle the Rockies. 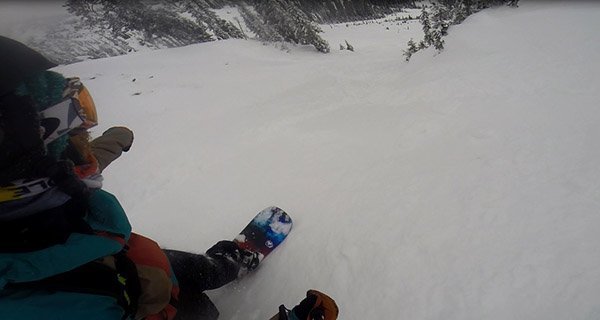 I ran the Funslinger over some rocks and was pleased to find only a few scratches on the base with no major impact damage. Try doing that to some of the more trendy board manufacturers out there, and odds are you will be singing a sob story to their warranty department. Good luck with that, by the way.

Throw out your current snowboard and pick up a Never Summer Funslinger.

After 15 years on snow, I finally found a board that can dance with me down the mountain. A snowboard that actually feels like a surfboard, allowing my mind and body to work together to float through deep powder snow. Never Summer is making snowboarding easy again.

Everyone will surely love the Never Summer Funslinger ($519.95) That means you too.

Thinking you might want something a little stiffer version than the Funslinger? If so check out my *new Never Summer Type Two Snowboard Review, as it’s like the Funlinger meets the Ripsaw.